September 25, 2014
I was contacted by a resident back in autumn 2013 about putting a motion to council for gender equality in street naming. The idea came from an Italian movement (Toponomastica Femminile), and I duly brought the motion to Labour group for discussion and then to full council. Anyway, it got picked up by the press as the puff piece of the week and I got to go on BBC Radio Wales to talk about it, in addition to doing a few newspaper pieces.

Normally, I think I would have loved it but it coincided right with my 'mini' nervous breakdown. I was signed off work for a couple of months with depression and anxiety, and basically slept or stared into space for weeks. It wasn't good, and the 'lol mad feminazi' reporting didn't help any. So, yeah, it doesn't hold nice memories for me at all but, for his (the resident's) sake, I am pleased it got so much coverage. I might have been told I was an idiot for wasting time and money on frivolity (roughly 5 minutes and £0 of council resources, way too much of my personal time), but it obviously touched a nerve with people or it wouldn't have had as much mileage... 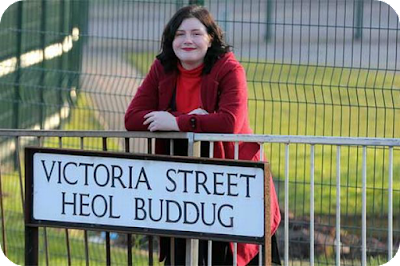 You can kind of see illness there... 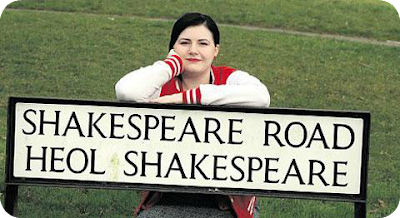