Many moons ago A and I made a pact. A would watch all of Star Trek (and how anyone can try to lay claim to geek credentials without being a Trekkie I don't know) if I sat through Dr Who in its entirety. At times it's felt like it would never end but finally - finally - it's over. I've done it all, from 1963 to last year's Christmas special, with stop offs at Torchwood and the Sarah Jane Adventures, so to celebrate here are my top three things about Dr Who... 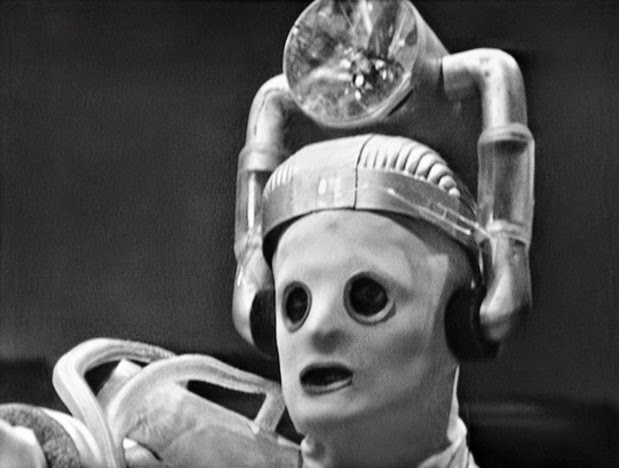 Most Dr Who baddies are, it must be said, naff with a capital Na. There are grown men rolled in bubble wrap, bargain basement dinosaurs, tin cans which struggle with stairs, and the web planet. Just... the web planet. But, once in a while, there is something which is genuinely creepy. My vote for this goes to the Cybermen. Not the cybermen BBC have licensed as action figures, with their fitted armour and funky head handles. No, the cybermen of my nightmares are the original cybermen from The Tenth Planet. You could say that their suits are the shoddy work of the 1960s BBC costume department. Or you could look into their dead eyes and consider the horrifying reality of cybermen - they're not upgraded humans, they're rotting corpses being kept animate by electronics. And their speech pattern is the web planet all over again.

Jamie, an eighteenth century Scottish piper, joins the Doctor following the 1746 Battle of Culloden. He's the kind of character you love to hate, as opposed to the majority of companions  - who I just hate. Jamie needs constant reminding of the simplest things like don't touch the alien button, get out of the line of fire, and probably the tricky business of how to put one foot in front of the other. For all that, he does manage to counteract the second doctor's propensity to flap and fuss and over think everything. The Time Lords know exactly what they're doing when they wipe Jamie's memory in The War Games; the Doctor is being punished, big time. Because as Doctor / Companion romances go, the 2nd Doctor and Jamie is the only one worth knowing about. 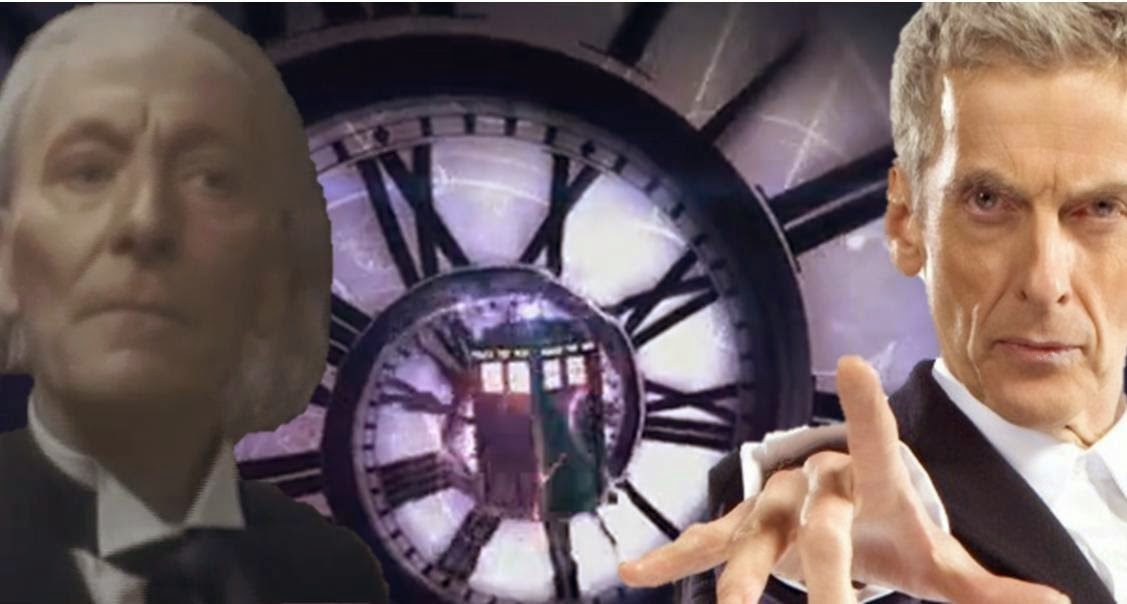 Hartnell was the original and in many ways the best Doctor. He's got no time for snogging his companions, or trying to explain his ever more convoluted timeline. Instead Hartnell played the Doctor as a grumpy - albeit charming when he wanted to be - old man. I particularly enjoyed the fact that when he lets Susan stay with David Campbell in the Dalek devastated 22nd Century he leaves her with only one shoe. That's just the kind of guy he is.

'I never bother with sleeping. I just do standing-up cat naps.
[When?]
Generally when everyone else is talking. I like to skip ahead to my bits.'

Capaldi, who shall be forever remembered as the great Malcolm Tucker, took over at the end of 2013 as the twelfth (technically fourteenth) Doctor. What he brought to the role was something which had long been missing - Grumpy Old Man-ness. He's now the kind of guy who tells you to 'hurry up or I'll hit you with my shoe', and is utterly oblivious to Clara's feminine wiles, unable to tell when she's wearing make up, or even differentiate her from a being that looks like a potato. The Doctor has gone back to basics and, in my opinion, has never been better. 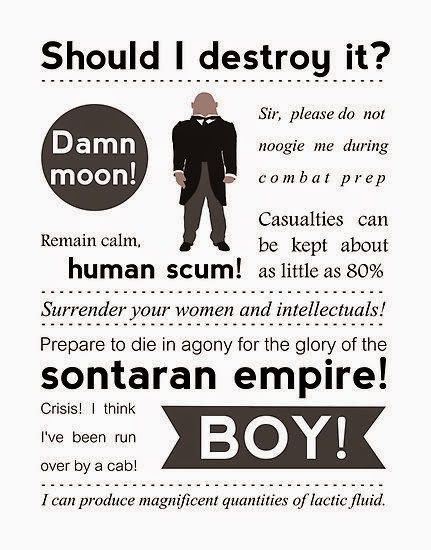 The single greatest thing about Dr Who is Commander Strax, the warrior come nurse come Victorian butler intent on bringing glory to the Sontaran Empire. He's brave, he's multi talented (e.g. he can produce 'magnificent quantities' of lactic fluid), and he looks like a giant potato. Strax is hilarious and, along with Jenny and Madame Vastra, should have his own spin off show. The world needs it.

May I take your coat?