March 8th is International Women's Day - sometimes known as International Working Women's Day - and is celebrated in various countries with flowers, chocolates, presents, and even public holidays. In China, for example, female employees typically get a half day holiday. In the UK IWD is mostly about newspaper articles and a cool Google Doodle, though there were commemorative events across the country, such as an equal rights march in central London.

My contribution is a post celebrating the life of a rather unsung heroine:

Back at the end of October when A and I first moved in together we received the worst news anyone can receive in the modern age... We couldn't be provided with internet until a new phone line was installed, and the earliest date we could hope for that was over three weeks away. Without a TV to soften the blow we were reduced to doing what people did before the advent of those technologies - ignoring each other and spending the evenings reading. :) I downloaded a lot of free ebooks to my Kindle to while away the time with, and among them was a title by a L.T. Meade.

That title was Sweet Girl Graduate, one of the most popular books by Elizabeth Thomasina Meade, an incredibly prolific if all but forgotten author. Born in 1844, Meade was kind of the J.K. Rowling of her day - although she was best known for her 'young adult' literature, she also dabbled in sensation novels, sci-fi and murder mysteries, co-authoring a number of the latter works with Robert Eustace. At the height of her popularity she was publishing more than ten novels a year, and many of her works continued to be published and then re-printed after her death in 1914.

Sweet Girl Graduate has everything you could want from a piece of literature written for teenage girls. It's aspirational; the main character, Priscilla, is a trail-blazing New Woman, off to university to widen her horizons and to become educated enough to support her younger sisters when her aunt, their guardian, dies. It has mystery and intrigue; her friend Maggie, the most popular girl at school, is seemingly haunted by typhoid victim Anabel Lee. There are bad girls and mischief makers; the jealous Rosalind tries to embarrass Prissie by taking her to a posh party in a muddy, dowdy dress. Then there is the romance, the angsting. and the inevitable self sacrifice. All bound up with the pretty bow of late Victorian language.

I was hooked, and went on to download everything L.T. Meade Amazon could offer me. Because although I likened her to JKR, perhaps a closer modern day equivalent would be Jacqueline Wilson. Wilson writes primarily for girls, and tackles difficult issues in her books like child abuse, foster care, divorce, bankruptcy, theft and mental illness. Meade too dealt with the harsher realities of girls' lives - brothers who gambled away the family money, fathers who terrorised the household, madness, ill health, death, poverty, and the balancing act between remaining respectable and marriageable while going out into the world and earning a living. 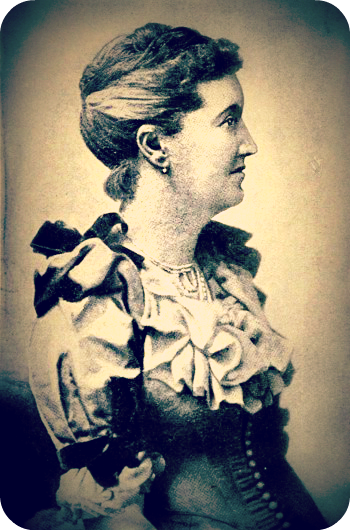 Meade had fought her own battle on that front. Her father, a reverend in County Cork, was horrified at her ambition to be a writer, and by the time she was 20 she had moved to London to pursue her dream. In 1879, aged 25 and already a successful author, Meade married Alfred Toumlin Smith, a solicitor with whom she had three children. So far, so middle class. But Meade wasn't content to sit at home in the 'gilded cage' of the suburban Victorian home: she pursued swimming, bicycling and (later) motoring, in addition to serving on the committee of the egalitarian and unapologetically feminist Pioneer Club. She continued to write under her maiden name, and in 1886 produced her most popular book, A World of Girls.

In January 1887 Meade founded Atalanta, a monthly magazine for girls. One of my slightly less geeky passions is collecting vintage teen annuals and magazines, and my copies of Atalanta are very much the odd one out in that collection. Whereas most of them are primarily about boys, or fashion, or cuddly puppies, Atalanta had loftier aims. In amongst the short stories and pretty illustrations are critical essay competitions, heated debates on technology, and factual pieces advising girls on careers in nursing, teaching, and secretarial work - essentially the same careers girls' magazines would advocate well into the 1990s. Atalanta told girls that a university education for women was not only possible, but beneficial to their chances of both marriage and employment. This idea that an educated woman had the potential to be a better woman must have struck a chord with its cloistered middle class readership, and it isn't surprising that many of Meade's novels dealt with the prejudice of adults - particularly fathers - against female education, and advised on the best methods of persuasion. 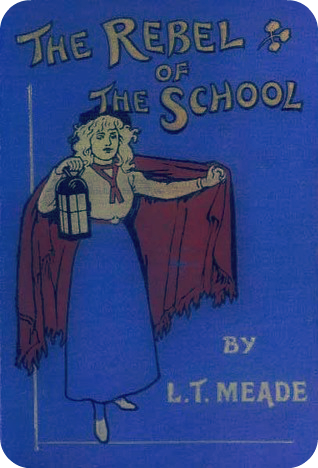 Above all however, Meade's books were good fun. The characters were likeable and engaging, the plots light hearted but enticing enough to keep you page turning. Most of the dilemmas the girl heroines face are familiar enough, for all the old fashioned turn of phrase (fal-lals and gewgaws are my personal favourites), and I'm continually surprised by how modern her characters can be. But every now and then you're confronted with the different priorities and preoccupations of an era now consigned to the history books.

In The Rebel of the School the feisty Irish new girl forms a secret society, complete with badges and special blouses. When the board of governors hear of this they put pressure on goody two shoes Ruth to give up the ring leader. Ruth refuses, though it will mean her expulsion and the ruination of her future, because she doesn't want to grass. Nothing unusual there to any reader of school fiction. But the reasoning behind the governors' actions gave me pause for thought. Not to give up her friends and to accept the burden of the punishment might be noble in our eyes, but to the guardians of the schools' morals and reputation it is a terrible thing. Because to deny those mischief makers the chance to confess and repent of their sins would leave them with the stain of lies and deception on their souls. Their relationship with God would suffer, and the slippery slide to moral ruin would be unstoppable...

Meade's was a different world - but the work she undertook, with the pen and without, and the liberal and progressive ideas she seeded in the minds of her thousands of young readers helped lay the foundations for ours.