From April 5th 2015 new parents (at least, some new parents) will be eligible for shared parental leave. It will allow working couples to share 50 weeks of leave - 37 of those paid - between them (though mums still need to take at least two of those after the birth, four if they work in a factory). Even if your partner isn't entitled, you'll now be able to book your leave in blocks as opposed to one long stretch. Read more HERE.

Personally I think this is a big improvement to the existing system. Parental leave wasn't something I'd ever really thought about before I fell pregnant. I knew it existed, and I knew it was a good thing, but I'd never looked into the specifics of it. After I fell pregnant it became a minefield. A moved from self employed to working for British Gas half way through, which meant waiting (and waiting) for acknowledgement from HR that they had my MATB1 form so I could get a copy of it for A to book his paternity leave. Apparently I couldn't just be issued a new form as I might try to commit fraud with it...

When that saga was over and I was just about to commence my maternity leave (December 10th) I had a letter informing me that, actually, I wasn't entitled to Additional Maternity Leave - that's the mostly unpaid 26 weeks which follows the 26 weeks of Ordinary Maternity Leave. In fact, up until 2013 I wouldn't have been entitled to maternity leave at all! (I'm an elected councillor for a unitary authority.) When we hear about reasons why younger women don't get involved in local government, you really needed to look no further for a pretty major one. You can read some stories from other women about that HERE, HERE and HERE. 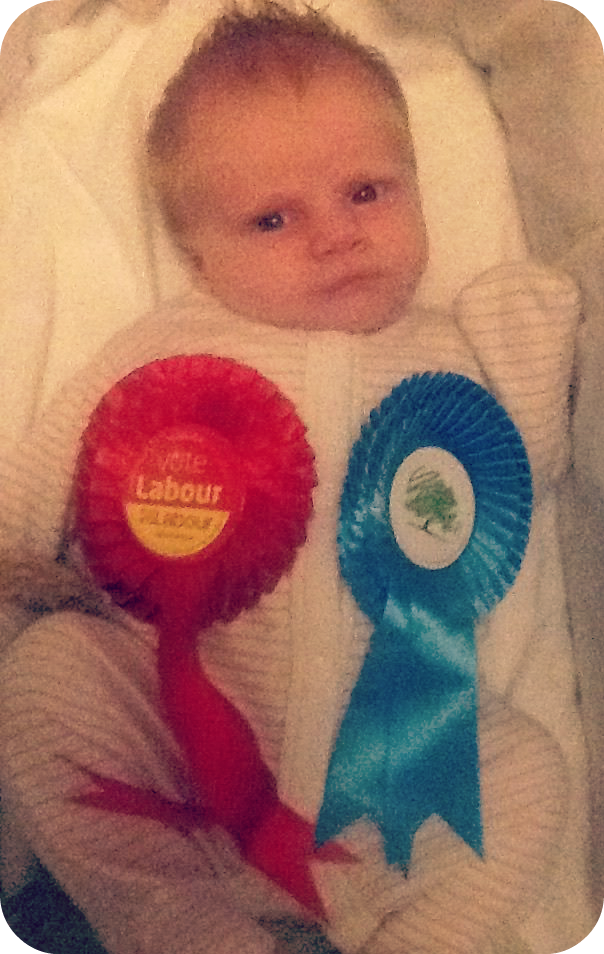 Marianna is hedging her bets when it comes to party allegiance...

To be honest, I had hoped to be back at work fairly early on. It's only part time, and Marianna was due before Christmas so I'd have a few weeks of just staying at home with her. Of course, babies don't work to schedule. First Marianna was 12 days late, arriving on New Year's Day, and then she needed to spend almost three weeks on NICU. A's paternity leave was over before she had even been moved to low dependency. In the event he was sacked a few days after returning to work - that's a whole other story. What it meant for me was that I needed to get over the emergency c-section and get back to work as soon as possible. 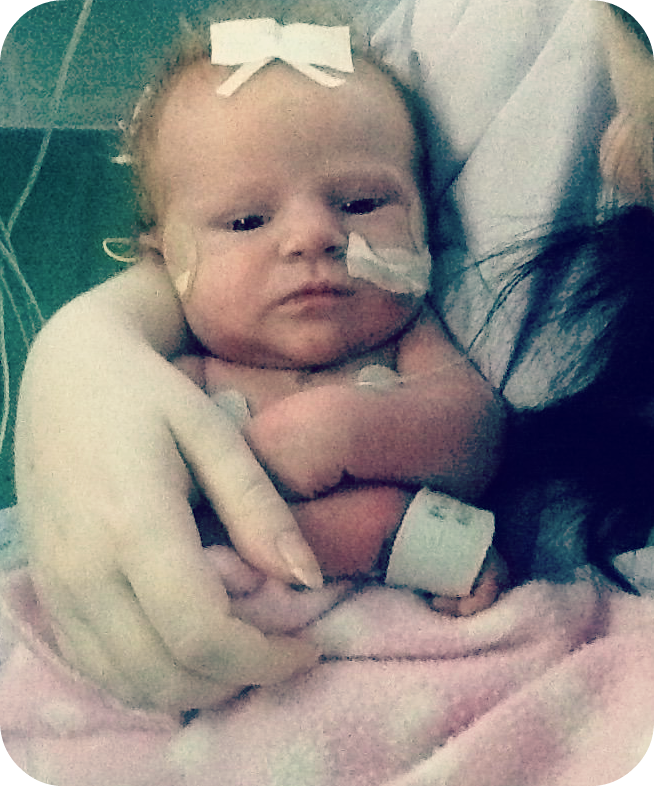 Marianna looking thoroughly unimpressed to be out of her incubator. This was the second time I got to hold her, at almost a week old.

For the first six weeks of Ordinary Maternity Leave you're entitled to 90% of your pay (depending on sector). That was over before we even got Marianna home. After that your pay drops down to whatever is lower - 90% of your weekly earnings or £138.18 a week before tax. That meant my pay wouldn't even cover the rent, and A's stint of being self employed meant he wasn't entitled to any out of work benefits as he hadn't been making enough to pay enough national insurance to be eligible. (Excellent timing to find that out, I'm sure you'll agree. ;)

If this new SPL (shared parental leave) had already been in force it would have made a huge difference to me. I would still have gone back to work on March 1st for financial reasons, but it would have meant I could book another block off to spend time with Marianna when A found another job. It would have given us a bit of breathing space and, on a very personal level, would have helped me deal with the judgemental attitude of some women (and men!) by knowing I could have that extra few weeks. Not breastfeeding is like some sort of cardinal sin these days, irrespective of reason, so throw in being at evening meetings rather than putting your baby to bed and it sometimes feels like I must be some kind of ogre.

As far as I'm concerned, greater flexibility is a good thing. I hope it helps to break down some of the stigma around stay at home dads and working mums, and generally gives people a little more choice. What do you think about the new SPL?