March 02, 2015
It came around so much quicker than I thought it would - today was officially my first day back at work. My health visitor / midwife / etc all seemed really surprised that I was going back so soon (Marianna has just turned two months), but thanks to a series of unfortunate events (namely A losing his job when Marianna was three weeks old...) me staying home any longer just isn't an option. Luckily being a councillor is mostly home based, and pretty flexible. You generally only have to be at the civic centre two or three days a week as a backbencher. 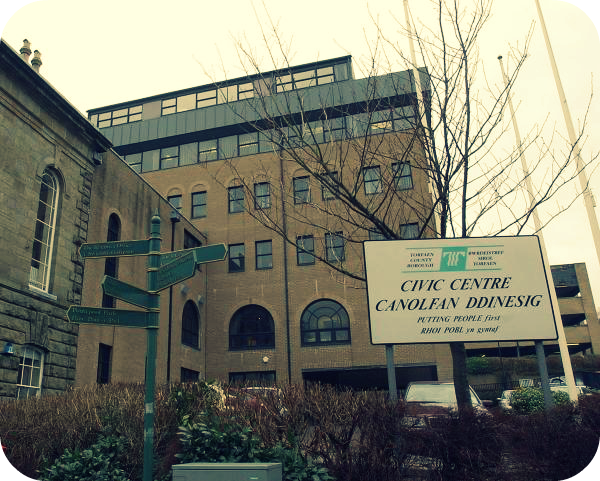 On Monday afternoons TCBC runs seminars on all sorts of issues, from planning regulations to mental health awareness. Today we had a seminar on gender equality with a speaker talking about the work of the Equality and Human Rights Commission. As it was fairly informal, with pupils from local schools attending, I brought Marianna along so she could meet everyone. I had my doubts whether I'd be able to sit in through all the seminar, but she was so well behaved and had one little two second cry when her dummy fell out but other than that either ate or slept quietly. I think a few of the other parents there were rather jealous!

Given the topic, it made me think about how lucky I am to be able to go back to work and support us all. It's not long ago really that women were all but made to give up work when their children were young - and afterwards so often limited to part time unskilled work. That's not to say that there's not a long way still to go. It was only about two years ago that female councillors became eligible for maternity leave, and we're still not entitled to additional maternity leave. When you're talking about factors that put women off standing in local elections, basic things like that really do have an impact.

Who runs Wales? Female vs Male representation in 2014.

I so hope that some of the young girls there today stay interested and get involved though, because without a wide range of representation things won't change.