My All Time Favourite Quotes

I have lots of favourite quotes, funny passages of books and TV shows my inner geek can quote verbatim, and more serious quotes that kind of sum up my world view. In the latter section you can find things like Câmara's "When I give food to the poor they call me a saint. When I ask why the poor have no food they call me a communist." (In other words, what's the point of treating the symptoms without tackling the root cause of the problem?) And, of course, that leftie classic, "From each according to his ability, to each according to his need." 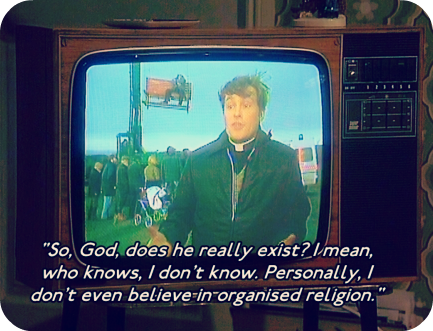 All of Father Ted is quotable.

Along the way I like to call on such other easy to recall but difficult to embrace maxims as "do to others as you would have them do to you" (Luke 6:31, otherwise known as The Golden Rule) and "there is something about everything that you can be glad about, if you keep hunting long enough to find it" (Pollyanna). 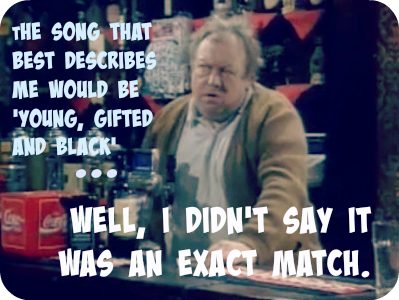 In the former section there are the Malcolm Tuckerisms ("Come the f*** in or f*** the f*** off") and the best ever exchange on Red Dwarf ("Lister, if you must know, I submitted a discourse on porous circuitry that was too... radical, too unconventional, too mould-breaking for the examiners to accept." "Yeah, you said you were a fish."). Then there are the Ferengi Rules of Acquisition ("treat people in your debt like family - exploit them") and Inspector Grimm of The Thin Blue Line's insistence that he doesn't have time for "namby pamby wishy washy hoity toity fannying about!"

Finally there is pretty much the entirety of Jerome K. Jerome's 1886 masterpiece Idle Thoughts of an Idle Fellow ("It is only the first baby that takes up a whole of a woman's time. Five or six do not require nearly so much attention as one." For more On Babies click HERE.) and 1970s Granada sitcom On the Buses. They don't make them like they used to. 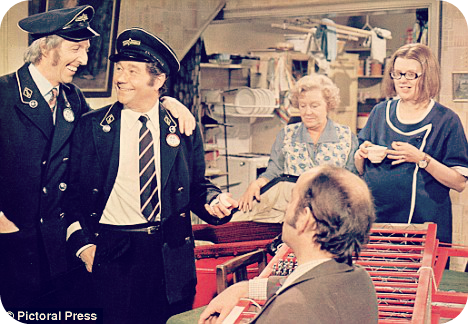 Marital Harmony (in the episode where they have to use next door's toilet) -
Olive: It was awful, Stan. The milkman whistled at me.
Stan: I wouldn't worry, love. He probably just mistook you for his horse.
Olive: Arthur, why do you let him say such horrible things to me?
Arthur: Because I never think of them first.