April 22, 2015
I've been going through all my old memory sticks and figured this was uniquely suited to a day following a has-been pop star telling those who don't fit her ideal figure they don't deserve to be catered to on the high street, and the shocking, senseless death of a young woman after taking toxic diet pills. I wrote it in my last year of uni, when I was starting to recover from my own spate of disordered eating.

Since time immemorial body image has been a constant issue. The Vikings were preening their copious amounts of facial hair, and good old Cleopatra had a persistent aroma of milk, long before Heat magazine told us we could all do with losing three stone. Such facts should not, however, shield the media from the finger of blame. Today in Britain over 15 per cent of the population identify themselves as suffering with an eating disorder. Spare a thought for the thousands who are in denial. 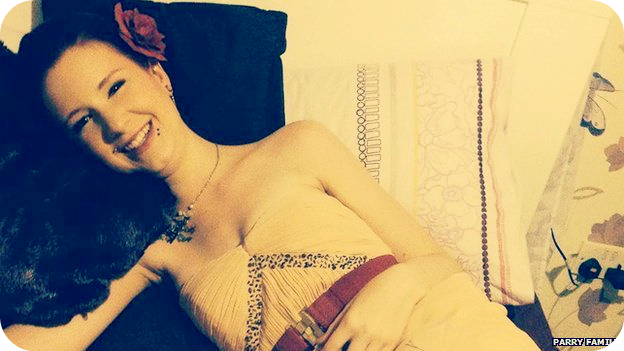 Never before have we been so inundated with images of glossy media perfection. From the airbrushed picture of Parky on the front of the TV guide to the reshaping of the pin-up’s nose on the centrefold of your favourite lad’s mag, fakery is everywhere. At least Granny could fake it for herself (without resorting to the surgeon’s knife) – girdles and waist cinchers can disguise a multitude of sins. Even Mum could enjoy the obsession with masculine fashions that meant most girls spent the ‘80s swamped underneath shoulder pads and oversized batwing sweaters.

Today’s spray-on fashions are uniquely unforgiving. We have even invented words to describe the new problems they present. ‘Camel Toe’ and ‘Muffin Tops’ are phrases even infant school children are familiar with. In fact, children are increasingly targeted by well meaning advertising campaigns about healthy eating and keeping fit. One in seven fifteen-year-olds is obese. Fact. At the same time the primary age for the onset of eating disorders is falling fast from the late teens to the preteen bracket. But can terrifying children into refusing cupcakes and Haribo really work?

The media’s usual method for impressing on us the need to ‘beat the bulge’ is to guilt trip us into it. Jamie Oliver would have us believe that Britain is a heart attack waiting to happen; the uneducated, unwashed, masses ignorantly stuffing their fat faces in front of the TV in their dilapidated council houses. If you’re fat you must be stupid. 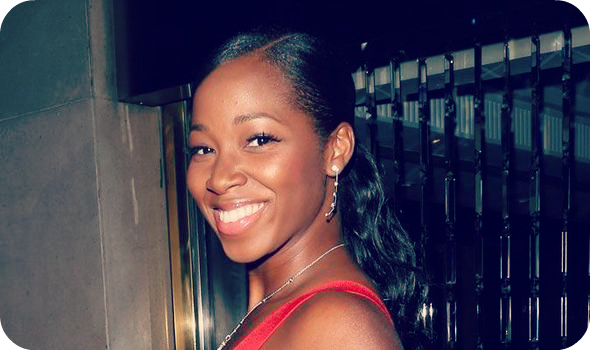 Former pop star and current Loose Women panellist Jamelia sparked controversy by arguing that dress sizes below 6 and above 18-20 should not be sold in mainstream outlets.

Celebrity obsessed magazines encourage us to swap our ‘indulgence snacks’ for celery sticks and a slice of Ryvita. Or better yet, just stick with a handful of Ex-Lax and be done with it. Just look at Natalie Cassidy, the former darling of the ‘star diet’ pages: she was applauded and adored for almost killing herself to lose weight. And, look, they excitedly point, everything we say is justified. Did her new man not ditch her as soon as she piled all that blubber back on? If you’re fat you must be a bad person.

The problem is that in our society we equate thinness with happiness and success. Thin is beautiful, we’re told. Thin is best, we’re brainwashed. “Everything is cool as long as I’m getting thinner…” Lily Allen recently serenaded us. It’s a sartorial comment on modern Britain, she implies. It’s the God’s honest truth, we’re sure.

So what happens when we cannot live up to the idealised body image presented to us? When we are, by the standards prescribed for us, a failure? Stray outside the coveted size 8-10 bracket and brace yourself for a life of spinsterdom and a downward spiral into mad-cat-lady-dom, suggest all those magazines. Too many people find themselves sucked into a destructive cycle where food takes over their lives. For some it is a cycle in which depression, and that enforced sense of failure, leads to comfort eating, which leads to depression and a sense of failure, which leads to more comfort eating. Repeat. Ad nauseam.

For others it inspires a yet more destructive cycle of not eating. Or, eating then purging the food from the body. Regardless of the consequences or the side effects. Tooth decay, osteoporosis, fainting fits, organ failure, death. But, hey, Heat reminds us: at least we won’t have to hide our bingo wings on the beach.

So what, if anything, can we do about it? Boycott Ok! Magazine? Picket FHM’s head office? Well, the government made some of the right noises a few years back after the BMA warned that “the gap between the ideal body shape and the reality is wider than ever.” The media was asked, oh so nicely, to try and include a variety of body shapes, to try and be a little less fat-ist. What impact has it had? Sweet Flaming Ada; or as good as. 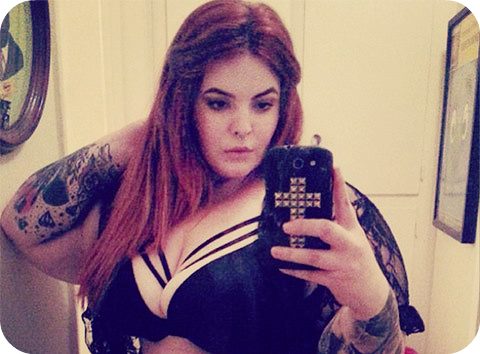 Plus-size model Tess Munster is a UK size 26 and proud of it. She has spoken openly about how her weight made her suicidal until she learnt not to judge herself by her dress size.

Flick through a magazine or switch on the television and you’ll still be bombarded with images of super-skinny, super-photoshopped lovelies. It will most likely take minutes, rather than hours, before Kellogg’s, the NHS, or Weight Watchers are ordering you to shift a few pounds. More needs to change.

It’s all well and good to tell people to eat more fruit and veg, or to go out and jog instead of watching Corrie. The point is we should point out that while a healthier lifestyle might make us feel better, becoming thin should not be the primary – sole – goal of all that effort. Being thin will not automatically turn a depressed wallflower into a happy socialite.

Happiness should come from our relationships with ourself, our friends and our family.

Not from our relationship with food.