Betty Boop started life, quite literally, as a dog - a poodle to be precise. A makeover followed, influenced by songstress Helen Kane (otherwise known as 'The Boop-Oop-A-Doop Girl') and 'It' girl Clara Bow, and the character quickly graduated from bit player to the star of her own show in 1932. She had her share of trials, from being the subject of a lawsuit from Helen Kane (Kane lost after it was determined she had nicked her own style from Baby Esther), to attracting the ire of the National League of Decency. Following the 1934 Production Code her neckline rose while her hemline dropped, and her flirty antics gave way to juvenile wholesomeness. Audiences began to tire of the new Betty, and the show ended in 1939.


We watched the best of Betty Boop today and Marianna seemed absolutely fascinated by her first experience of black and white! The Boop cartoons, like most early cartoons, are full of anthropomorphic animals and objects, and songs. So many songs. My favourite episode is Betty Boop and Grampy, originally released in August 1935. Grampy is an eccentric inventor who apparently loves to host parties for his granddaughter and random passers by.


I guarantee the song will stick in your head for days to come. ('Over at Grampy's house...')

I also like 1935's Making Stars, a send up of the WAMPAS Baby Stars campaign which ran from 1922 to 1934, and helped launch the careers of such famous names as Clara Bow, Joan Crawford, and Ginger Rogers. Betty's version has literal baby stars. A new fave was 1936's 'Not Now', in which Betty is kept awake by the yowling of a cat. I told Marianna the cat was singing her song. She didn't seem impressed... 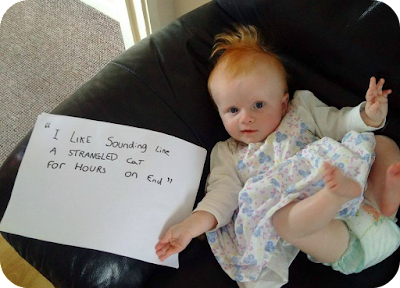