May 26, 2015
Recently I gave in, after much nagging, and made a doctor's appointment about the lingering C-section pain. Today the appointment rolled around and I was relieved to hear that the decision to do aerobics too soon after hadn't done me any lasting damage.

Up until that poor life choice, it had been healing really well. The NHS website says that the general stay in hospital is two to four days, though you can be out in 24 hours if you and baby are healthy. Marianna was born just before 10:30 am and then the only thing I was out of for those first 24 hours was reality (thank you Oramorph!), and then my mind - with worry. Marianna was on NICU and I was stuck on the post-op maternity ward. The nurse came and told me around 6 am the following morning that Marianna had had a fit, but nothing beyond that. (I would say more about care on the ward, but I'd sooner forget it.) Having no idea that it was actually fairly common for babies born via C-section, I spent most of the second day a hysterical mess.

The limited information I'd read on C-sections before it happened to me was all about Grade 2 sections or below (there are four grades), which are done using localised spinal or epidural anaesthetics. Mine was a Grade 1 'Crash Section' carried out under general anaesthetic, so none of the niceties about being part of the experience applied - it was just a case of 'it's happening now so at least one of you makes it'. I don't know if the type of section does make a substantial difference on recovery times, but I wouldn't be surprised if it had some impact, especially in the short term. 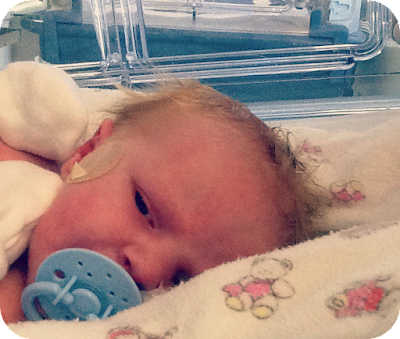 "Why you disturb me, peasant?" In intensive care.

Once I was moved to the general maternity ward I was determined to be discharged as soon as possible, in spite of the vast improvement in care and atmosphere. Some women find it comforting, I know, but I just found it so upsetting to be on my own (still mostly unable to move, don't believe anyone who says a C-section is the 'easy' option!) in hospital, surrounded by other mums with their newborns. I went home just after evening visiting hours on the third day so I could be immobile in the comfort of my own home.

It takes around six weeks for the tissue to heal, and before that you're told not to do anything too strenuous and not to lift anything heavier than your baby. It made me feel even more useless when I made the daily trip down to the Royal Gwent to see Marianna. Not only was I exhausted by the time I got there, once she was moved from intensive care to high dependency I could still hardly lift her for changing, etc. 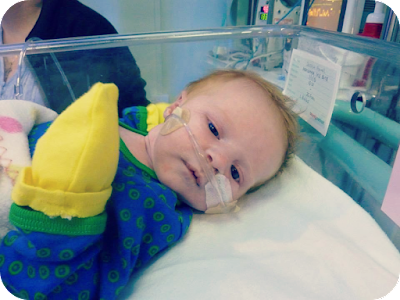 On the high dependency ward.

By the time Marianna was discharged at three weeks things were beginning to improve. I could get out of bed on my own, and the bleeding had mostly stopped. I was only having twinges of pain by the time I returned to work at two months, and at three I was feeling so good I dug out all the exercise DVDs. The low intensity stuff was actually fine, and if I'd stuck to that there wouldn't have been a problem. Of course I didn't, and set my recovery back a good month at least. 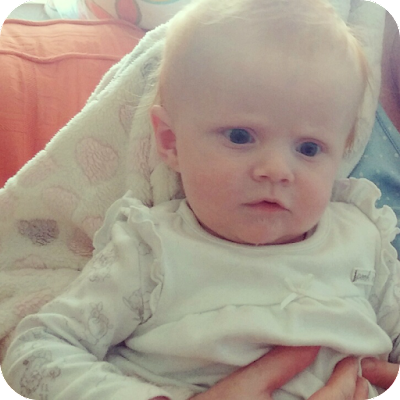