May 23, 2015
I love Eurovision. The cheese, the sequins, the awkward hosting. There were some nice slower songs this year, like Giannis Karagiannis' One Thing I Should Have Done for Cyprus, I Am Yours by The Makemakes for Austria, and Adio by Knez for Montenegro. Azerbaijan too with Hour of the Wolves by Elnur Huseynov. But really, Eurovision is all about the upbeat pop. Guy Sebastian's Tonight Again for Australia, Golden Boy by Nadav Guedj for Israel, and even Britain's entry Still in Love With You by Electro Velvet was surprisingly decent. The staging for it was brilliant! 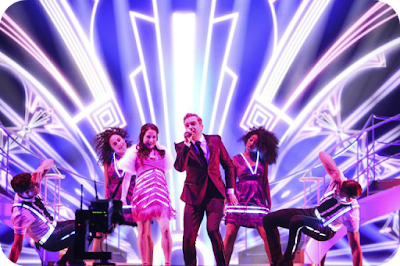 I also really liked Black Smoke by Ann Sophie for Germany, De la capat by Voltaj for Romania, and Serbia's entry, Bojana Stamenov with 'Beauty Never Lies'. The public comments that scroll across the bottom showed Britain was at its usual trash talking best tonight though, with stuff like 'this is what Ursula from The Little Mermaid did next'. (Why would anyone judge a song on anything other than the singer's appearance, after all?) 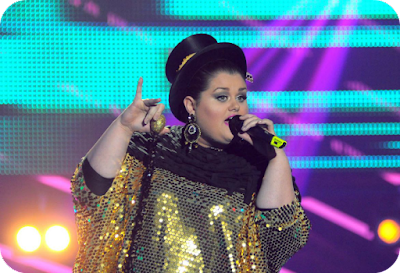 Bojana Stamenov, her career was launched in 2012 when she placed fourth in Serbia's Got Talent.

My overall favourite was Belgium's entry, Rhythm Inside by Loïc Nottet. It reminded me a lot of Lorde, and was the type of thing I'd happily download. I was most surprised by how badly Germany did; their song wasn't the top of the night, okay, but it definitely didn't deserve to languish at the bottom. I loved how close the voting at the top of the board was though - made it all much more exciting.

In the end Sweden edged out Russia - much to the glee of the liberal Eurovision arena audience - to take home the trophy. It grew on me much more the second time I heard it too, so I hope it does well in the charts. Here's to 2016 in Sweden! :) 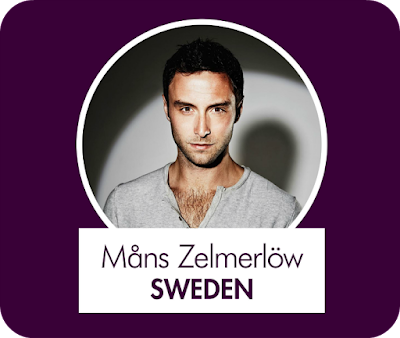