May 08, 2015
It's a miserable day - the sky is grey and overcast, and we're facing another five years of Tory rule. I guess it's hello more privatisation, goodbye even any hope of a decent standard of living for what the Prime Minister likes to call 'Lidl People'. Goodbye employment law, goodbye welfare state. And don't expect the other tiers of government to do much to cushion the blow: local government can now expect yet another cut to funding every year during the next parliamentary term.

At least UKIP fell flat on its face, that's something. (As the people already spoke on alternative voting powers, that is rather a closed door as a means of reflecting their actual share of the vote.) 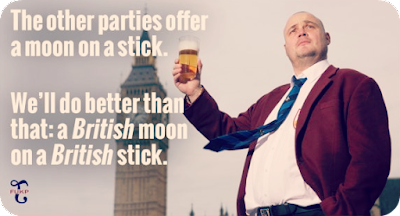 The Liberal Democrats have been decimated across the country, losing over 80% of their seats, while the SNP (Scottish National Party) are perhaps the only party truly celebrating - they wiped the floor in Scotland, winning all but three of the 59 Scottish seats. They couldn't muster the support at the independence referendum, but Labour's 'Tory-lite' pledges to Middle England clearly didn't cut the mustard with Scottish voters. Sadly, I can't say I blame them. What the Gower's excuse was for voting in the Tories though, I don't know.

Still, there will be a lot to do for all the people who have been enthused, or at least impassioned, by the general election campaign. UKIP, the Liberal Democrats, and Labour will all be holding internal leadership competitions over the next few months.

Finally, there was good news at a local level. Nick Thomas-Symonds held the Torfaen seat for Labour with 44.6% of the vote.