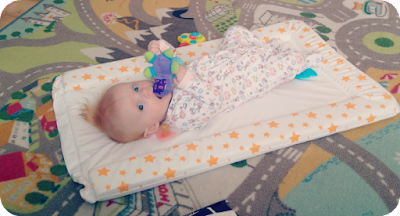 After Marianna was born the doctors were a bit worried about her muscle tone, so she has to see a physiotherapist every three months to check on her progress. At her last appointment they wanted to see her reaching out for things more, so we've been working on her grip a lot at home. At first she was only interested if she could see some immediate benefit - i.e. she would hold her bottle - but she quickly progressed on to reaching out and grabbing other things. 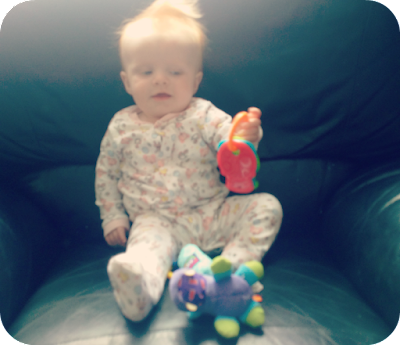 The first toy she really showed any interest in holding was the Nuby Safari Chime Hypo, pictured at the top of this post and now known as 'jangly hippo'. Now she's into absolutely everything, though her other favourites are her plastic teething keys and 'crinkly book'. 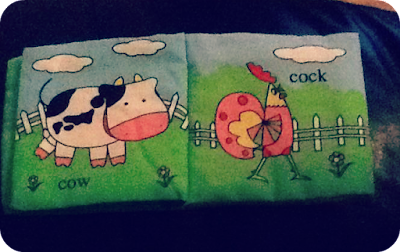