May 15, 2015
To me, balloons say "party". They are especially evocative of children's birthday parties - jelly, ice cream, and balloons. What more could you want? :) (Maybe a guy dressed as a clown making balloon animals? That's the nucleus of a thousand childhood nightmares, right there...) 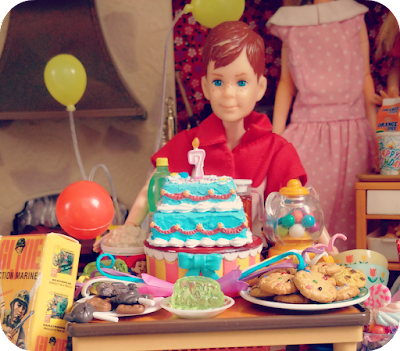 The first balloons were inflated animal bladders, intestines and stomachs. Thankfully, the rubber balloon arrived in 1824, courtesy of scientist Michael Faraday. Just a year later the first toy balloons were on the market, followed by the first vulcanised toy balloons in 1847. Balloon animal making really took off in the 1930s, and in the 1970s foil balloons became a new bane of cash strapped parents the world over. Today balloons come in all shapes, sizes and colours. 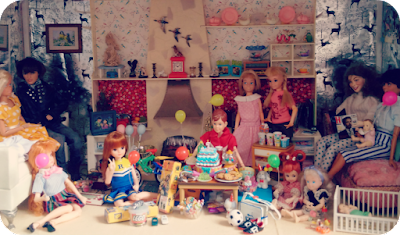 When I read about the 'We Love Balloons' blogger competition I knew straight away what my entry would be - a doll house birthday party, complete with balloons. I haven't had much time for my miniature collection since Marianna was born, but I spent a couple of hours setting up the room and searching through endless boxes for tiny cakes, sweets and presents. There was a disaster when the main event - the balloons - seemed to have disappeared, but about half of them turned up eventually. 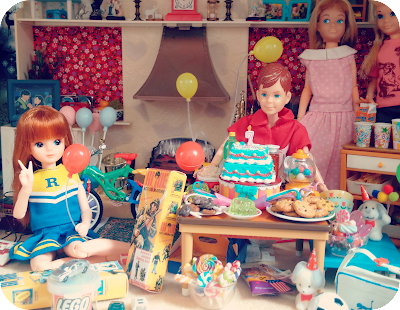 The balloons in this scene are cake decorations, along with a couple of foil balloons in the background from the Re-ment Monsters University set. There is a little dog holding some fluffy balloons, and even the baby managed to get hold of one - 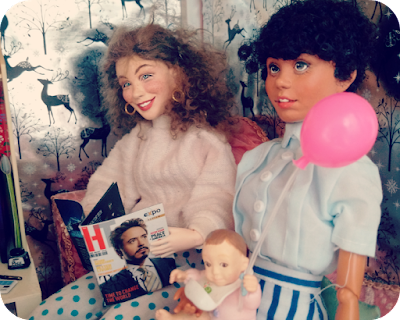 In short, you can't have a party without balloons! 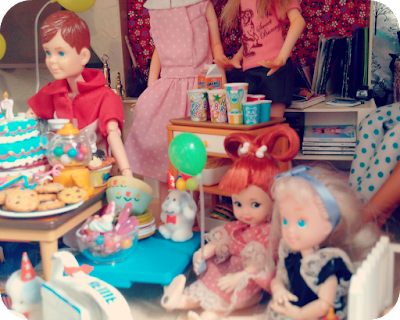