So, the media has been telling me all day that David Cameron doesn't want to label himself a feminist. Jane Johnson, who conducted the interview, feels it's probably more to avoid incurring the wrath of traditionalists within the Conservative party, rather than any real reluctance from Cameron personally. Others have not been as charitable. Either way, it has highlighted one of the major problems facing feminism today.

Identify yourself as a feminist today and many people will immediately assume you are man-hating, bra-burning, whiny liberal. Perhaps a certain charming radio talk show host will label you as a “Feminazi” or “slut.” Even among more moderate crowds, feminism is still seen as too radical, too uncomfortable, or simply unnecessary. Feminism is both misunderstood and denigrated regularly on a broad societal scale.

It all boils down to peoples' understanding of what feminism actually is. As a movement that has existed long before the word 'feminism' was actually coined in the 1830s, it should come as no surprise that it is difficult to settle on a universally agreed definition. At its basic level however, feminism can be described as 'the advocacy of women's rights on the grounds of political, social, and economic equality to men'. 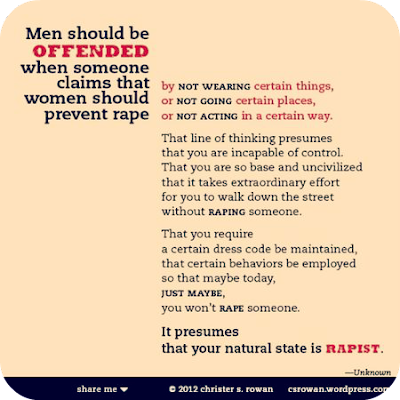 The above emphasises the fact that feminism is not a female only issue. Why should anyone be less of a man - or less of a woman - for not fulfilling their stereotyped role? Why is it that we've come to accept that it's okay for a girl to want to be an engineer or love dressing up as her favourite comic book superhero, but can't seem to fathom the idea that there's nothing wrong with a boy who wants to be a nursery nurse and loves dressing up as a princess? Feminism is not about hating men, it's about having choices and feeling safe and respected. And it's not about treating men as women have historically been treated, it's about moving forward and treating people as true equals.

In recent months the movement to promote awareness of why feminism is still needed has been garnering more and more attention. Cambridge University's campaign was widely covered earlier this year, and social media has been buzzing with discussion and debate. I'm proud to label myself a feminist, and I hope that one day - in the not too distant future - David Cameron can be too! 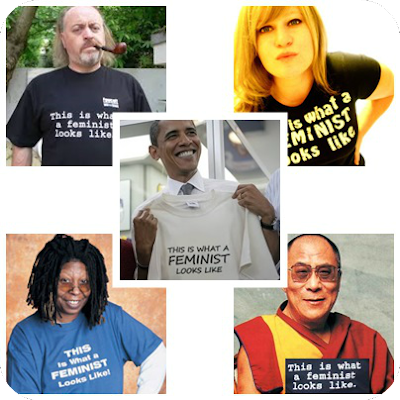