Images are mostly embeds from Flickr - they link to their source streams.


Fab-Lu Limited, otherwise known as Luften Ltd or Faber-Luft Ltd were a New York based toy company. They are perhaps best remembered today for their 1960s clone dolls, which were sold through Chad Valley in the UK - the company who bought out Fab-Lu after legal troubles got the better of them...

First up was Babs, who was proud to be known as a cheap Barbie copy. There are excellent pages about Babs and her fashions HERE and HERE. 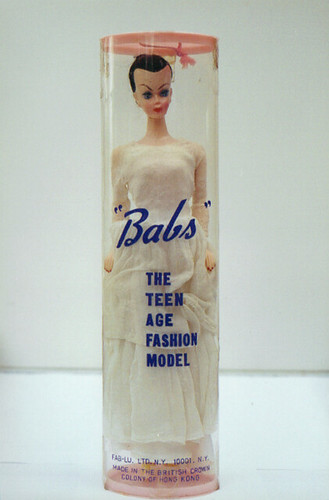 Then there was Babs' boyfriend, a Ken clone doll named Bill. Bill had his own range of nine outfits, including Baseball, Cheerleader, Golf, Trench Coat, Tuxedo and Uniform. You can see the back of an outift pack HERE.

Next came Babs' little sister, a Tammy clone named Randy. Fab-Lu even used an actual Tammy with drawn on ink spot in their clothing booklet - and were sued by the Ideal Toy Corporation accordingly. You can read the original legal notes HERE, and those from the 1966 appeal HERE.

Randy came with an updo... 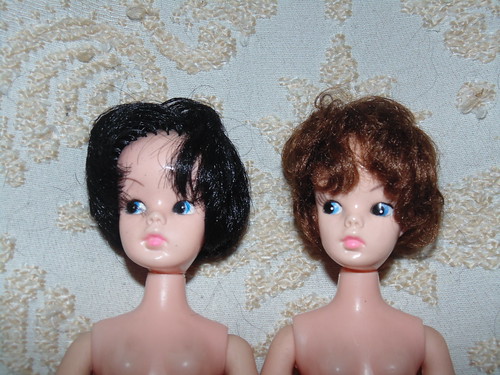 ...or a bubblecut in black, brunette or blonde.

Randy had 18 outfits, including her basic Bermuda shorts and overblouse:

Queen of the Courts, Special Occasions Only, Flair For Fun, Snow Fun.

Hip, Hip, Hooray! and Bermuda Bound. You can also see the back of an outfit pack HERE.

In the UK Randy was renamed Mary-Lou, to avoid the sexual connotation of her real name, but kept all the Randy outfits.

But, just to make things more confusing, Fab-Lu had also issued a 9" Pepper clone named Mary-Lou, who came as a blonde or a brunette. Fab-Lu also made a range of even cheaper looking clones, called Ronnie (Barbie), Boyfriend (Ken), and Peggy (Midge).