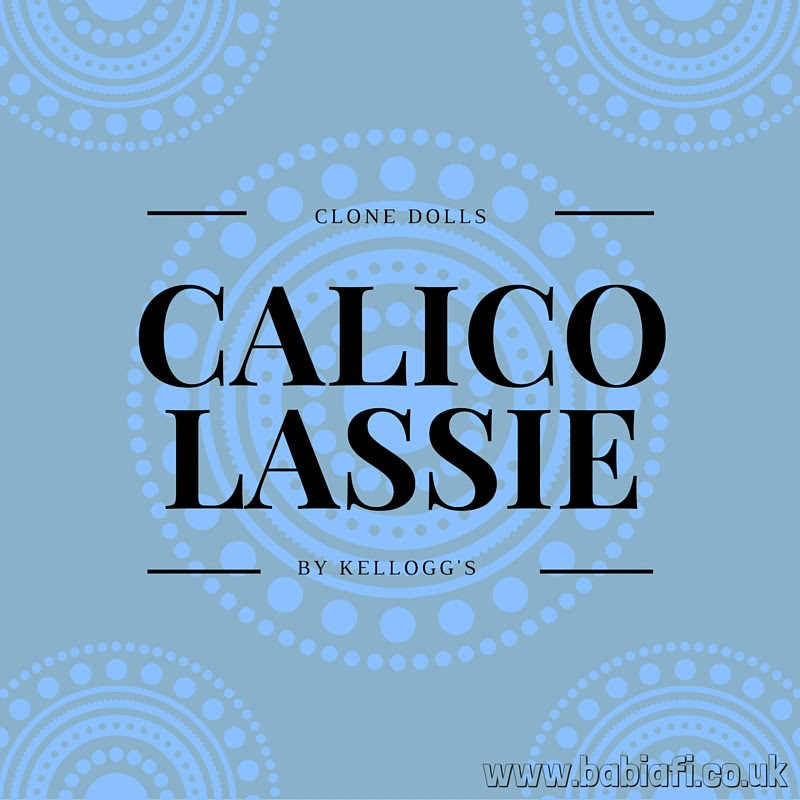 As a company, cereal giant Kellogg's needs no introduction. Suffice to say that as part of a 1963-65 US marketing campaign they offered the chance to send off for Jaguar, Mustang or Corvette sports cars (sadly not the real thing), or '12 inches of hillbilly charm' in the form of a Calico Lassie doll. 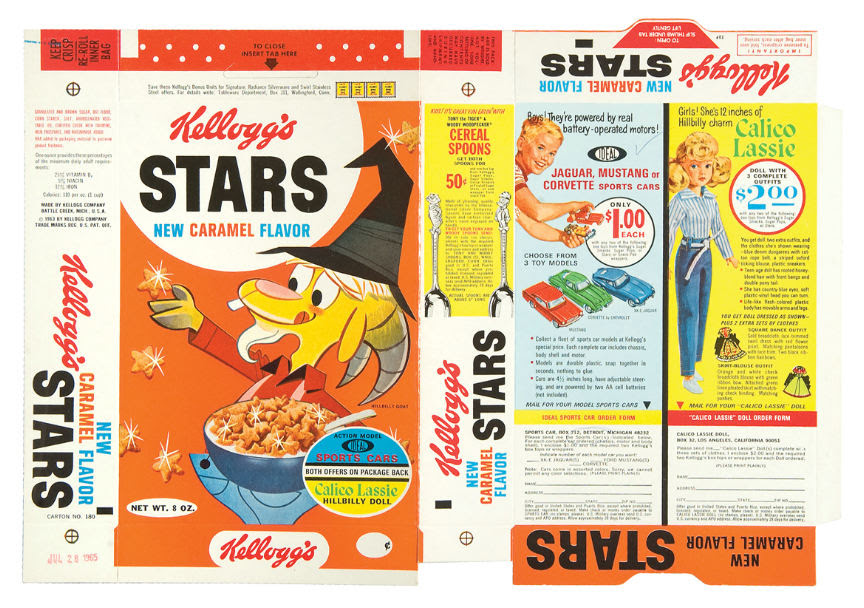 Lassie was made by Elite Creations and stamped 'Unique' - for all that she actually looked as much like the Ideal Toy Corporation's Tammy doll (comparison HERE) as Ellie Mae Clampett from The Beverly Hillbillies. The basic doll cost $2, plus two cereal box tops, and came dressed in blouse and jeans. She also came with two extra outfits, 'Square Dance' and 'Skirt Blouse'. 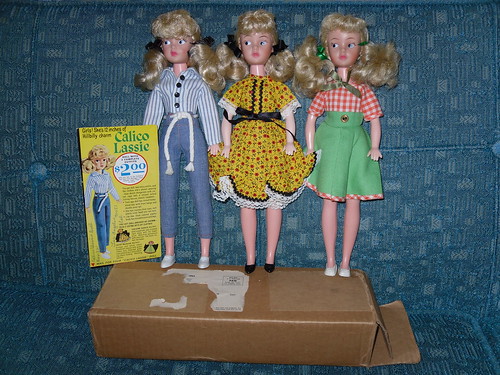 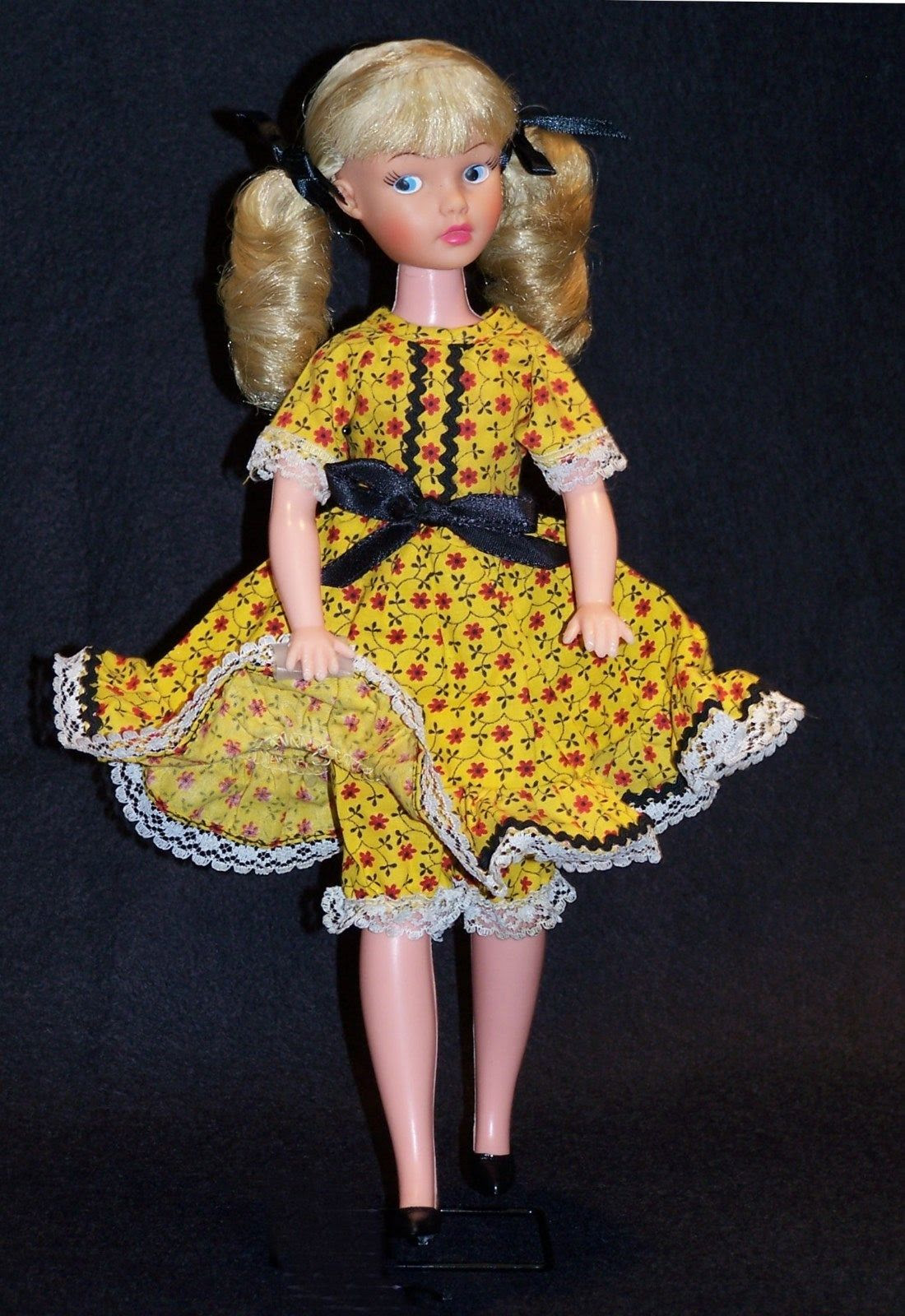 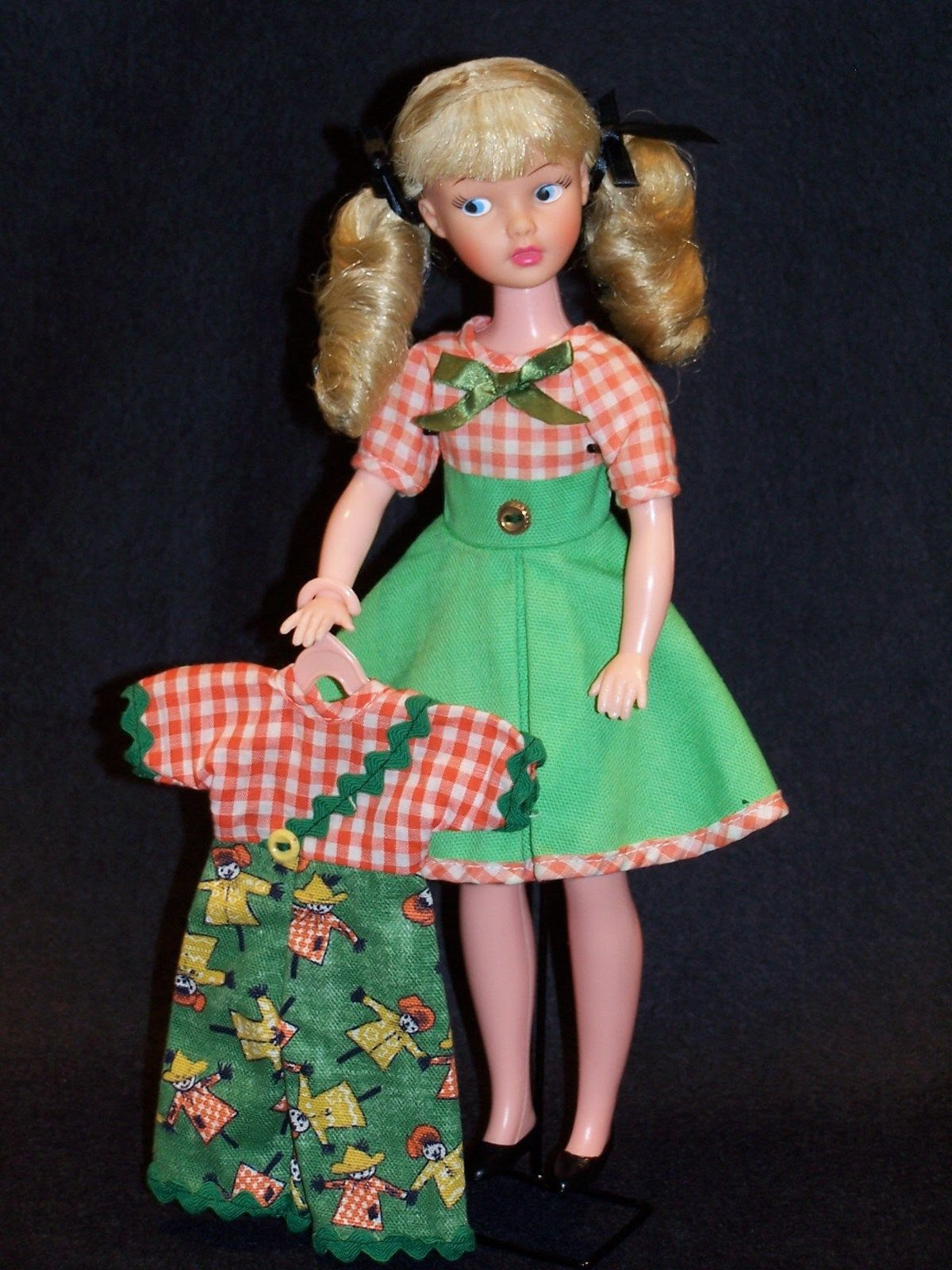 The doll above holds one of the other three outfits you could get for $1 and two box tops; 'Hootenany Costume'. The other two were 'Flannel Sleeper' and 'Party Outfit'. 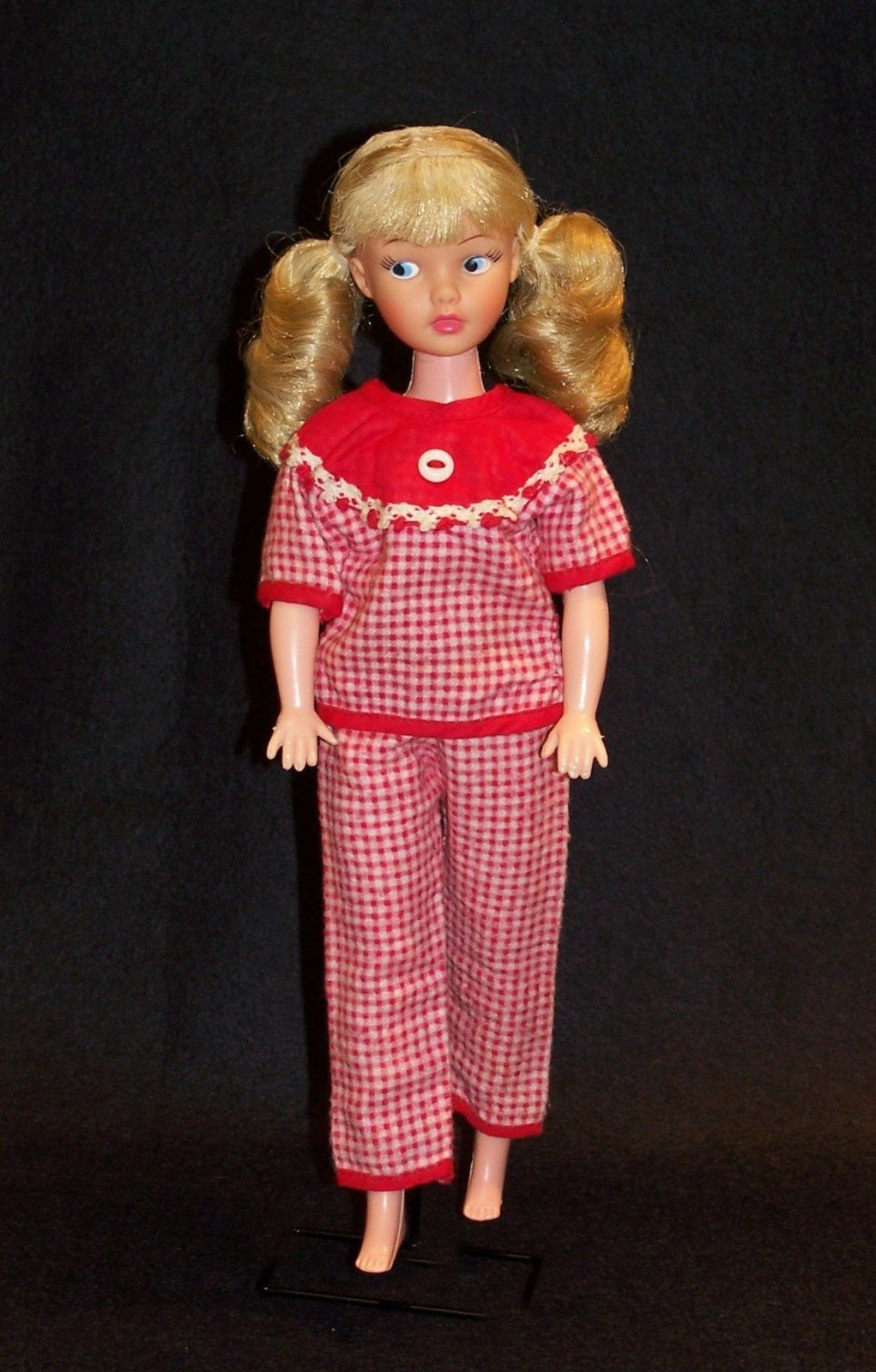 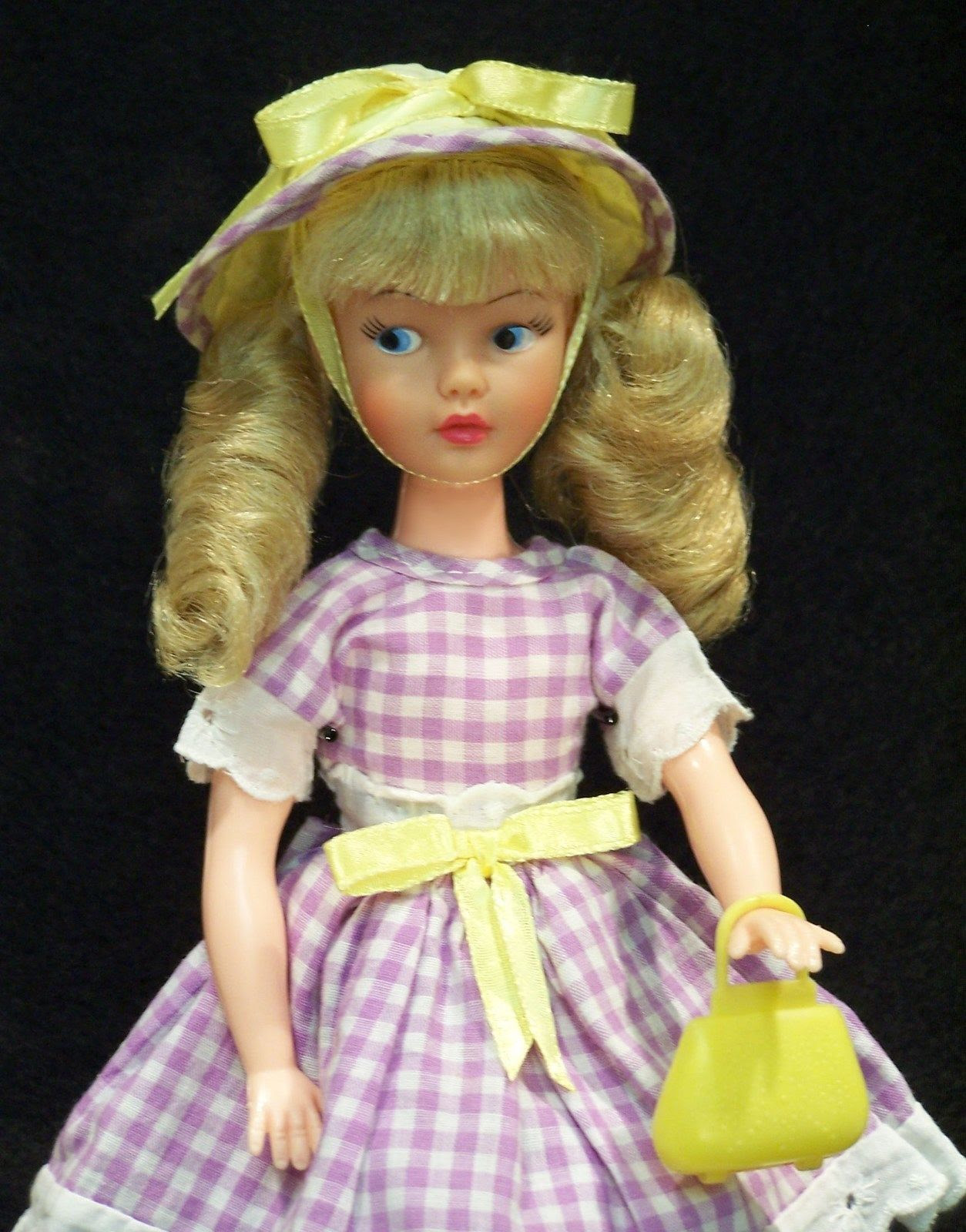 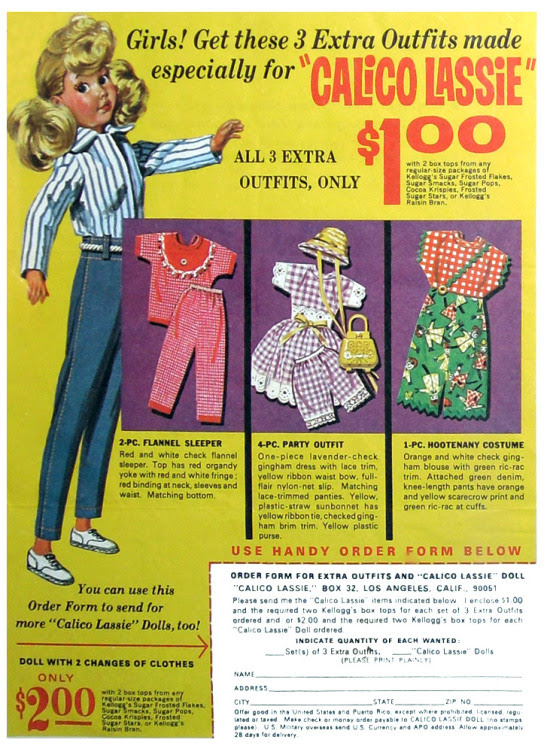 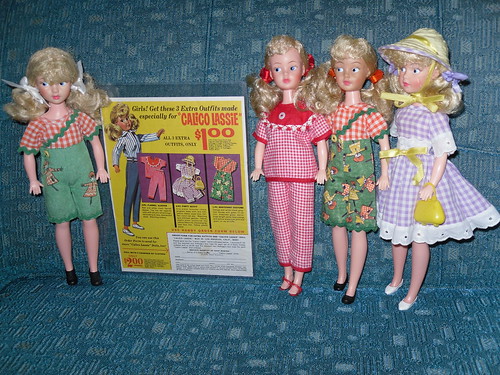 Embed from RanCrazy66's Flickr Stream. Note the rare variation on the Hootenany Costume on the left.