July 21, 2015
First of all, Happy Old Day to the lovely Anthony. Hopefully the cake and presents are suitable recompense for another year closer to the mid-life crisis... :) 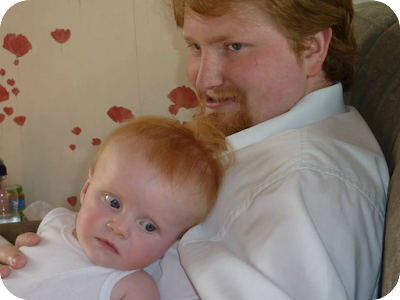 It was the last full council meeting before recess today, you can watch the webcast of the meeting HERE. There was quite a lot of business to get through - the printed agendas were massive - but it didn't last too long. After the usual items Ian Johnstone, the Police and Crime Commissioner for Gwent, gave an update (recorded crime is slightly up, but public confidence is up further...), then item 10 dealt with the Peer Review Report on Neighbourhood Services. That's the department that deals with bin collection, litter, weeds, street lighting, etc, so they do the work the public really sees (and complains about). A cross party working group will be set up to continue the work.

Item 11 was the annual report on the effectiveness of social services. Unlike neighbourhoods, you only really see the work of social services if you're on the receiving end, but it's one of the biggest and most important departments. The report followed on from the joint overview and scrutiny session on social services last week (around three hours which boiled down to 'why haven't we hit our targets?' 'austerity means increased demand but no money to employ more social workers'). Brian managed to get a bit of a dig in against the leader of the Conservative group, Cllr Graham Smith, because who knew cuts to services would mean cuts to our services... 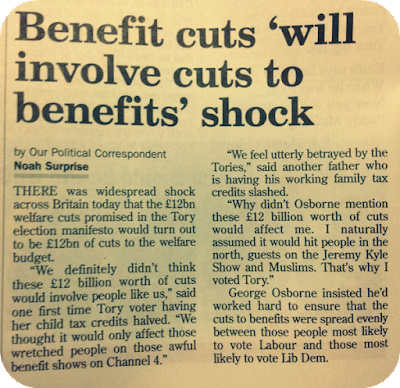 Reminds me of this recent Private Eye piece...

Next came the Corporate Safeguarding Policy, then the Annual Governance Statement. Item 14 was the Statement of Accounts for 2014/15; apparently Torfaen is the only Welsh authority on track to get it in on time. #15 was an update on Corporate Plan 2 and the Forward Facing Plan for 2015/16, which is the rationale behind every decision the Council makes. CP2 has lots of priority points (see simple break down HERE) but it went from being aspirational to nigh on impossible when it became clear funding cuts were just going to keep on coming. The focus is now on: 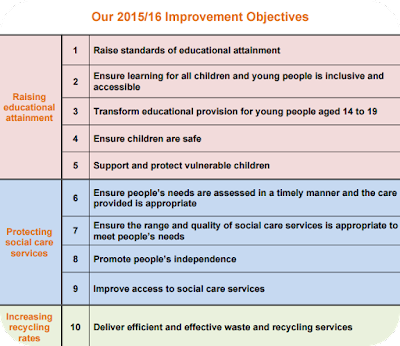 Item 16 was dropped: it was to ask for an extension for the amount of time allowed between meeting attendances for Cllr John Marshall who has been ill, but he had attended a scrutiny meeting so it wasn't needed. #17 was agreement on a policy position on photocopying and printing for councillors, because a) printing is expensive and b) some people were using the council machines to print off thousands of newsletters, etc. #18 was agreement to an amendment to the council constitution to allow the democratic services committee to establish task and finish groups. (There is a good explanation of what they are and what they do HERE.)

There was one motion put forward today, by Cllr Anthony Hunt. The motion itself is too long to type out (what can I say, I'm lazy) but, basically, the outcome is that Torfaen Council will voice our concerns about TTIP (the Transatlantic Trade and Investment Parternship). The idea rightly had plenty of support in the chamber. 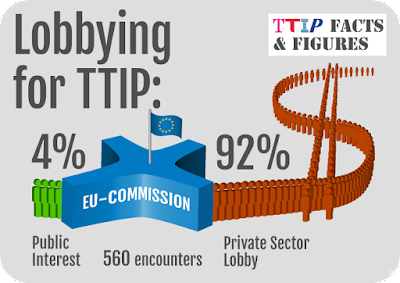 War On Want have produced a good booklet on why we should all be worried about TTIP HERE.

After that, it was time for Members' Questions. At first glance the sheet looked ominous with its 15 questions. But Cllr Thomas was absent which knocked two out, and Cllr Smith merged his six on pollinators together. I asked two: Are we expecting further strain on Council services as a result of the proposed changes to social security - and do we have the necessary resources to meet that challenge? and How many Torfaen households will benefit from the increased £1 million inheritance tax threshold - and, given the likely answer, what is TCBC doing to make the concerns of Torfaen residents heard at Westminster? Finally there was the list of Cabinet decisions and the date of the next meeting. In September. :)