July 29, 2015
Originally written in August 2012. Since then public transport has only become more expensive and less frequent - revised figures are in square brackets. Hurrah for Cameron's Britain, I guess...

Back in 2010 David Cameron told us that he wanted to head ‘the greenest government ever’.

Given his track record it isn’t all that shocking to find that he is failing at it. Abysmally.

I could talk about cuts to solar panel and insulation schemes while energy tariffs soar, or the Chancellor’s opinion that green policies represent a ‘ridiculous cost’ to British industry. But, today, I want to go with the Tory-led government’s attitude to public transport. 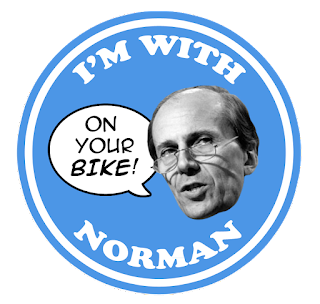 Norman Tebbit told the public to get on their bikes to find employment in the 1980s - if an area is economically challenged, those who can should move away.

More specifically I want to talk about Iain Duncan Smith’s advice to ‘get on a bus’ to find work. Always supposing, of course, that you can find a bus to get on. In Duncan Smith’s example, travelling from Merthyr Tydfil to Cardiff, the last bus home leaves at 11:06pm from the capital. Inhabitants of other depressed Welsh towns aren’t so lucky.

Blaenavon is about the same distance away from Cardiff as Merthyr, but that is where the similarities in your commuting experience end. There is no direct service from Blaenavon to Cardiff, rather you need to switch at Pontypool or Cwmbran and catch the X3 (latest return from Cardiff at 5:45pm), double back into Abergavenny, or perhaps catch the X24 into Newport to take the train. You would then need to be back in Newport by 9:30pm to get back to Blaenavon. The latter option is more convenient – but convenience costs you. A Stagecoach day ticket is £6.60 [£7.50], over an hour’s pay if you’re on minimum wage, before you have even factored in £4.60 [£4.90] for the train fare.

This example supposes that your job doesn’t involve working on Sundays or bank holidays, in which case you probably just will not be able to get there on time. 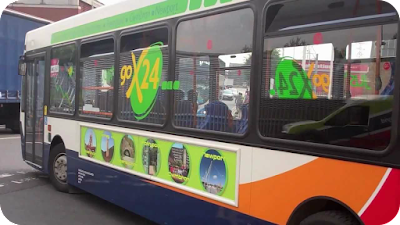 The trusty X24, taking you from Blaenavon to Newport every 10 minutes (on peak). For more on Stagecoach South Wales, click HERE.

Using public transport to get around, as we have learned, can be very difficult. And employers understand this. In fact, they understand it so well that many of them explicitly state that they only want employees who have their own transport. In order to claim JSA – Job Seeker’s Allowance, now hitting the heady heights of £53.45 [£57.90] per week for single people aged under 25 – you need to be actively seeking work within 15 miles of your home address. Based on this criteria a basic job search using my own address on jobseekers.direct.gov.uk brought up 250 vacancies.

21% required applicants to have their own transport. A further 8% stated a full driving licence was required, or that having their own transport would be an advantage to applicants. Without considering any other aspect of the vacancy, from necessary qualifications to pay and conditions, over a quarter of available jobs are closed to non-drivers.

However switching from non-driver to driver is an expensive process. An average driving lesson costs £24, and it takes an average of 47 lessons to pass the test. Then there is the cost of acquiring a car, and insuring it, and running it. The price of diesel has reached a record high, and the cost of car insurance is becoming increasingly prohibitive. The average cost for a young male driver is now £2,997 [c. £2,200]. As the JSA allowance for single young people is only £2,779.40 [£3,010.80] per annum, it’s difficult to see how an unemployed young man could maintain car ownership. [Even with the saving on insurance, the average UK spend on petrol p.a. is still £2,000...] 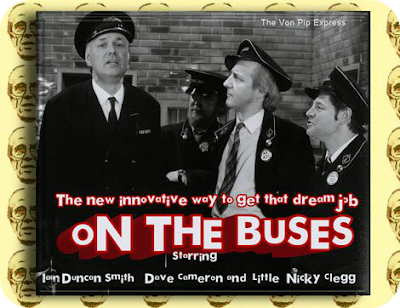 In a world where car ownership is so expensive, not to mention detrimental to the environment, public transport is a necessity not a luxury. Travelling by public transport reduces carbon dioxide emissions; travelling by train instead of by car can halve the C02 emissions of your journey. Yet prices keep rising, and subsides keep falling. England is facing a 20% cut to its Bus Service Operators Grant, and in a few months similar cuts are befalling operators in Wales.

It is not enough for the government – any government – to spout pretty words on this subject. There needs to be a real commitment to making public transport an affordable and efficient public service. It is not acceptable that in 2012, when the environmental impact is well understood, that people should be penalized for not driving.