Mother and Baby ...and Dad?

July 04, 2015
I like to think that I'm just as progressive as the next 'bleeding heart' liberal but, all the same, I always just assumed that if anyone would be home with the baby, it would be me. There was no real reasoning behind it, it was just that that was the way these things worked. Except, of course, they don't.

The number of stay at home dads in the UK has more than doubled in the last two decades, coinciding with increased female earning power. Today around 230,000 men are home with baby - not that you'd ever know it. Marketing is still firmly aimed at mum, from Mothercare to Aldi's Mother & Baby section, and when the health visitor comes round she still addresses all her advice to me in spite of the fact I've told her I won't be the one implementing it. 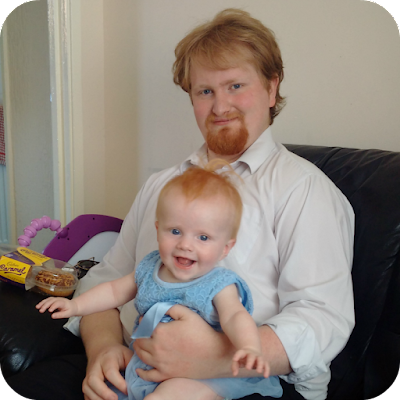 Marianna and her Daddy.

I read a great post about the issue over at the manvspink blog, written by a guy who is a stay at home dad to his three year old daughter. Intellectually we know that times have changed, but instinctively we still associate mum with cooking and dad with finances. (In our case, this would leave us bankrupt and / or dead from food poisoning.)

Visibility will come with time, I guess, but in the meantime I've been looking for kids' books featuring dads centre stage. My favourite so far is Amy Sklansky's My Daddy and Me: 'We go together, like wind and kites, like pail and shovel, like moon and stars. Whatever the weather, we go together!' So cute. 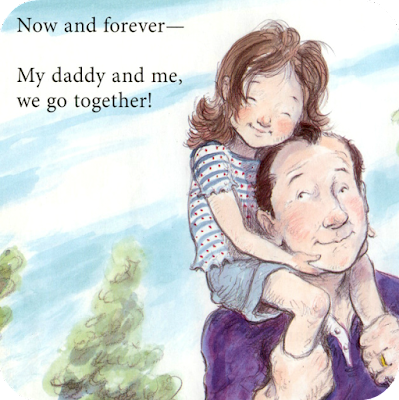