[Not So] Smart Cards

August 18, 2015
A/N: Repost from my old work blog. This was written just after the announcement of the smart card benefit idea in September 2014. There has been no more said about it since, so presumably they were well aware it was a terrible idea. 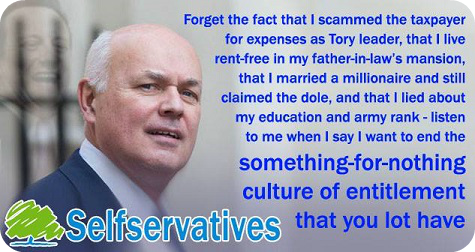 Another Tory conference, another poorly thought through attack on benefit claimants. This year Iain Duncan Smith, the Secretary of State for Work and Pensions who claims he could easily live on £53 a week (he actually earns over £130k pa with an expenses allowance of £90k), has revealed that he would like benefits to be paid via smart card instead of cash so the government can control what taxpayers' money is being spent on.


“I have long believed that where parents have fallen into a damaging spiral - drug or alcohol addiction, even problem debt, or more - we need to find ways to safeguard them - and more importantly, their families, their children, ensuring their basic needs are met.”

That all sounds very admirable, doesn't it? Except there is to be no distinction between the addict and the casual partaker. Why should any poor person be allowed to smoke, or drink, or - God forbid - buy a lottery ticket? If you're on benefits, you must be an irresponsible parent, or otherwise unable to think of anything but your own personal pleasure. Everyone who isn't an 'alarm clock hero' lives a life of luxury on their £53 a week, or so the Daily Mail keeps telling me. (The million people making use of food banks in the UK were probably living it up on caviar and champagne the rest of the week.)

Another 'benefit' to this scheme is that whereas before we could only guess as to who around us were benefit scroungers, now we will be able to tell for sure by watching out for people using a smart card at the checkout. I imagine this little touch of humiliation is just the cherry on top of the policy for the party faithful who were applauding IDS' latest idea. 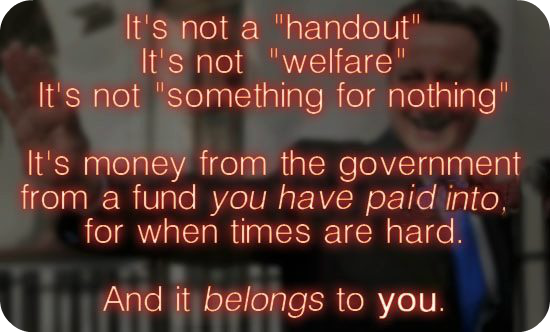 Of greater concern is the fact that the government would be able to control where people spend the money loaded onto their smart cards, as only certain retailers will accept them. Stuff smaller and local businesses, stuff personal choice and the ability to shop around for the best deal, and, of course, stuff the pockets of big business donors to the Conservative party.

If the overall concept sounds familiar, perhaps you remember your school history lessons on the truck system, 'an arrangement in which employees are paid in commodities or some currency substitute ... This limits employees' ability to choose how to spend their money - generally to the benefit of the employer.' The truck shop charged more than the commerical rate for goods, safe in the knowledge that company employees could not shop elsewhere. The chosen retailers in this scheme will be in the same position, able to charge more for basics because people simply won't have the option of taking their cash to a rival.

Consumer choice was a big enough reason at last year's conference not to place restrictions on the amount energy companies can charge. This year it apparently matters so little that the entire concept can be taken away from over 5 million people entirely.