Dolls are a great tool for helping kids to make sense of the wider world, and provide a means for children to act out and address their own hopes and fears. This is especially true in the case of bald dolls produced for children affected by cancer, alopecia and other conditions which cause hair loss. When I was researching the posts on dolls with disabilities I came across a number of different brands who had produced such dolls, and thought it worth writing a specific post for them.

* All pictures come from Google images, I claim no ownership * 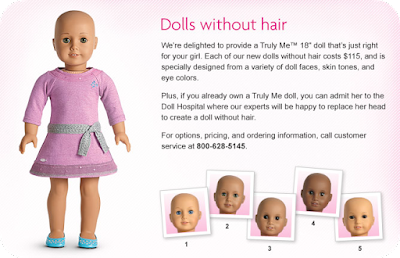 Find out more at the AG Doll Hospital page. You can purchase a doll without hair for $115, or send in an existing doll to have her head replaced. 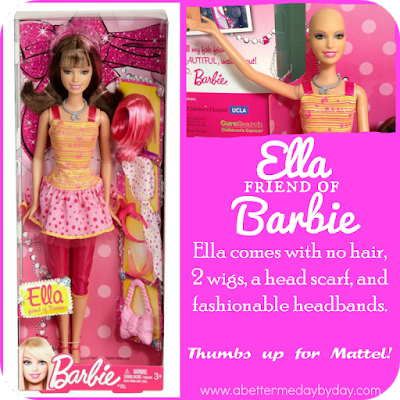 Barbie's friend Ella was first produced in 2012, with the small run of dolls donated to hospitals in the US and Canada. The response was positive enough for Mattel to commit to keeping the doll in production - they are then distributed by cancer and alopecia charities. Unfortunately Mattel refuse to put the doll on general sale. 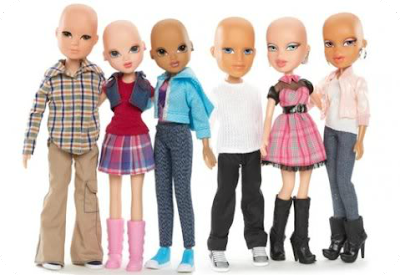 The MGA 'True Hope' line was released in 2012, with three Bratz dolls (Yasmin, Cloe, and Cameron) and three Moxie Girlz (Avery, Sophina, and Jaxson). The dolls were on general release and available in outlets like Toys-r-Us and Walmart. In the UK you can still pick them up new for about £30 each. 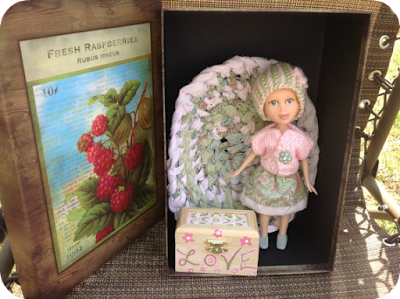 Brier Patch Boutique is an etsy store which sells upcycled, repainted dolls. They also sell chemotherapy dolls, without hair. The usual price is around $100. 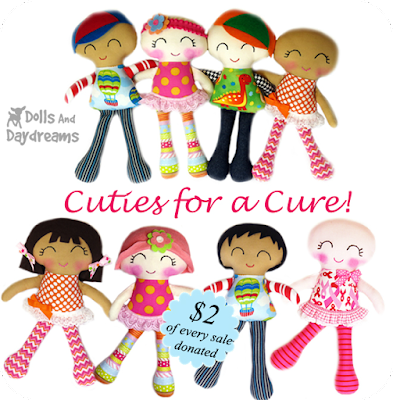 Cuties for a Cure

This is a sewing pattern to create a bald doll plus two removable wigs, two hats, a flower headband and a headscarf. $2 from each sale is donated to cancer charities. Read more HERE. 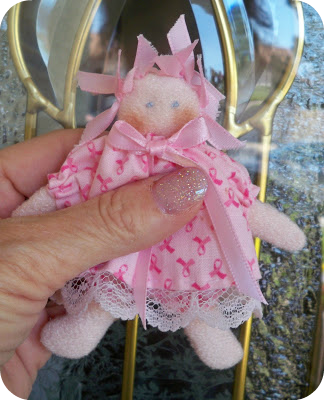 Hope, pictured, is a breast cancer awareness doll created by Dinky Baby in 2010. She was available as a kit for you to make up yourself. Read more HERE. 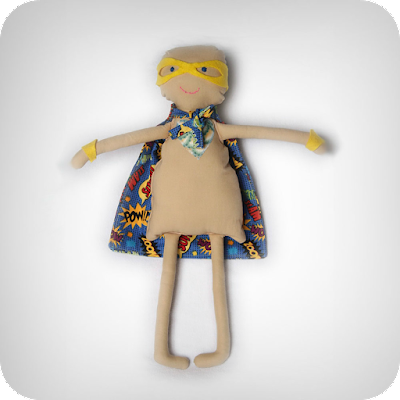 Pictured is the Cancer Ninja ($39.99) from Forever We, an organisation which sells dolls to raise funds for research into childhood cancer. There is also a girl doll called Jewel, who has seven brightly coloured wigs to choose from. 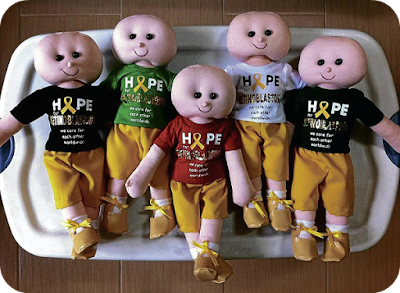 Part of a wider range of dolls known as 'Doll for Life', these bald dolls wear t-shirts emblazoned with Hope for Retinoblastoma - a rare form of cancer their creator's daughter is suffering from. Read more HERE. 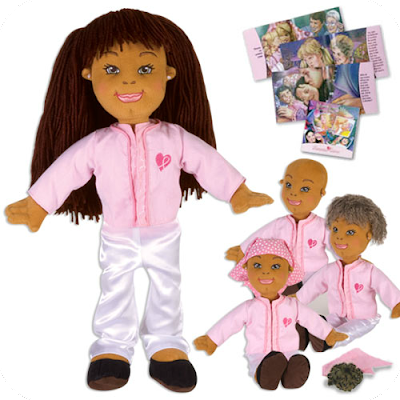 16" soft dolls which come in a range of skin colours and have two wigs (short and long) plus a headscarf; they retail for $39.99. Designed to help explain cancer to children, there are also three companion books available ('Mommy & Me', 'Aunt & Me', and 'Grandma & Me'). 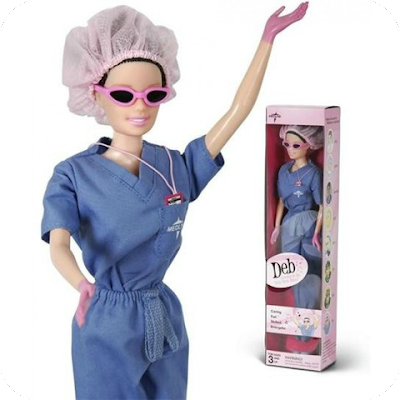 There are a number of 'pink ribbon' dolls produced to raise awareness for breast cancer, but this post is more about dolls which represent some of the effects of cancer. I thought the Medline Deb doll bridged the gap between the two, as she specialises in breast cancer care. Medline are a medical supply company who also produce medical dolls (as in dolls who have medical qualifications, though they do the other kind too!) - check out the full line-up HERE. The range appears to have been discontinued which is a real shame because they are top notch dolls! 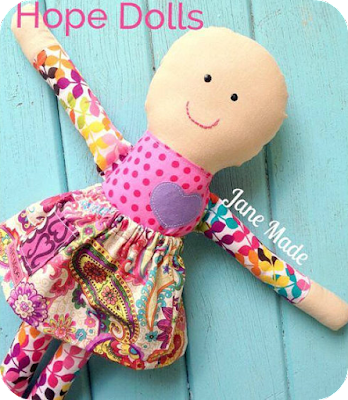 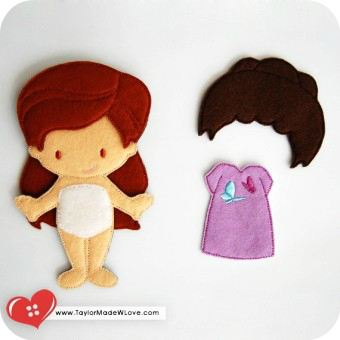 Taylor Made With Love

Taylor Made With Love sells the most adorable selection of felt 'paper' dolls. There was a girl, boy, and Full Set produced to raise money for St. Baldrick's Childhood Cancer Research Foundation.

Not a doll as such, but Mobile Mommy Designs on Etsy make pillow plushies with doll designs - including a bald princess.

There are many dolls which are designed to wear wigs, and that might be a better option if none of the dolls above appeal. (Eyebrows can generally be easily removed. For most fashion dolls a few q-tips dipped in nail polish remover will do the trick - tutorial HERE.) Some examples include: