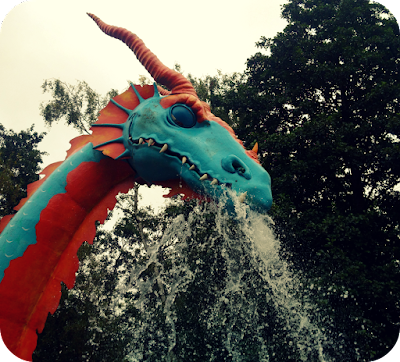 I've been wanting to take Marianna to Toddler Tuesday at the farm for a while, but didn't think there was much point until she could sit up and take part a little bit. So, today was the first visit. We went to the 11:30 am Happy Hands and Twinkly Toes session and, though she was a little overwhelmed by the number of other babies (around 40 or so plus parents), Marianna did join in and bounce around to the music.

After that we went to look around the farm. Mum and I were considerably more excited by the calf which was born this morning, the massive pigs with their piglets, and the funny looking chickens than Marianna. She cried a little when a goat looked at her the wrong way then fell asleep in her pushchair. Still, we had a cup of tea and some cake and reminisced about visits to the farm past. Never being completely away from work, we also talked about the funding controversies which surround the farm - they get a grant from the council of over £300,000. Some of the independent councillors argue that we should take away the subsidy and just let it sink, like Bill Quay Community Farm in Gateshead, for example. Personally I think it would be really bad for Cwmbran to lose the farm and all its 'soft' benefits (e.g. 120 hours a week of work placements for adults with learning difficulties); smaller cuts year on year are much preferable in my opinion. 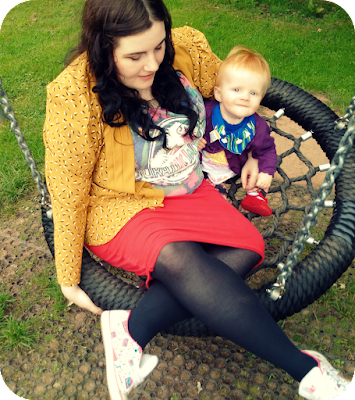 My favourite photo from today.

When Marianna had woken up, and used a morsel of cake to cover herself in crumbs, we took her back down to the picnic area so we could take some photos with the water dragon. You have to walk past the sensor to activate it and the first time, not knowing what was coming, Marianna just looked bemused as we told her to watch. She was surprised at the water but didn't seem afraid... then the second time she burst into tears.

After that it was time to go home. I was gutted there were no postcards in the gift shop; I wanted one of the water dragon. That disappointment aside, I had a really good time. I don't think I'd go every week, but it's definitely something we could do once a month or so. It might be worth getting an adult yearly pass all the same, because it's £5.75 per adult on general admission or £23 for the year. (Children under two go free.) We'll see how it goes. 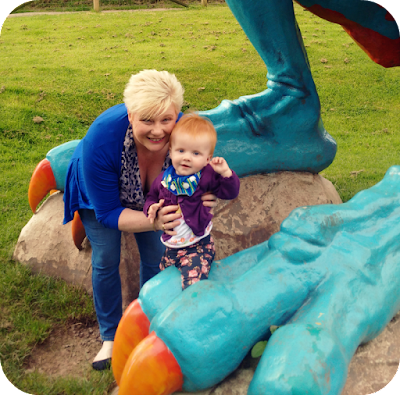 Marianna and Nanny Wendy pose with the dragon's claws.

When we got back from the farm it was up to Mount Pleasant Hall to help sort the donations for Torfaen Aid for Refugees. The generosity and willingness to help people have shown is so heartwarming, and makes me so proud to represent Torfaen in some small way. There were so many donations, and that was just one day's worth! (Marianna was quite grouchy at having to go out again, but did entertain herself happily for most of the session with a canvas Skoda bag we had brought some of our donations up in. I don't know what the attraction was either.) 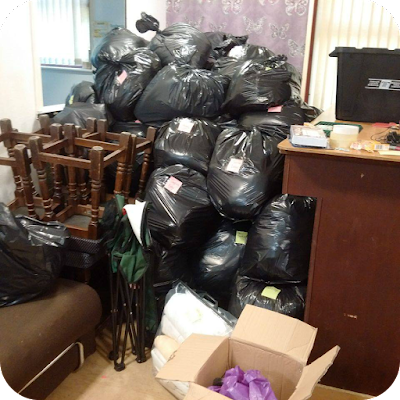 Donations up at Mount Pleasant Hall - not shown are the shoes, camping gear, cooking stuff, toys and toiletries.

Sadly, a crisis that has brought out the best in some has also brought out the worst in others. The comments on a piece about the donation drive in the local paper, the South Wales Argus, are so depressing. Here are three:

"The border countries dont want them, so that leaves them free to invade Europe! Dont underestimate their intentions, they intend to repolulate and change laws and culture , in whichever country they can get to...."

It might be the case that border countries don't want them, but just look at the numbers - one in five people in Lebanon is a Syrian refugee, as is one in thirteen people in Jordan. In comparison 20,000 doesn't look like such a big ask. As for the imminent arrival of a new Syrian state, I'm sure we all remember how everyone started speaking Gaelic, observing Shabbat and practicing Buddhism as a result of the arrival of previous groups of refugees...

"They will harass our women and detest the fact that they are given equality with men and even allowed to drive."

Er, the only places in Syria where there are restrictions on women driving are those under ISIS control. Which is kind of what refugees are fleeing. It's Saudi Arabia that bans women from driving. Similarly, the conflict has resulted in a serious regression of gender equality - a big reason why people have been fleeing the country.

"The child - seen lying face down on the shore - was reported to be one of a group of at least 12 people who drowned when their flimsy boats collapsed as they headed for the Greek island of Kos" This action is deliberate, especially as someone paying money to escape would not knowingly pay for such an unseaworthy craft to travel in! These immigrants seem to have a lotta money, an a determination, not to settle in a mid east border country, but a European one! They clearly have an agenda and its not the same one that the public think they have......"

Looking back at the photos I took today makes me smile, but you can't help but think about how different things could be. Aylan Kurdi is never going to smile for another photograph. Nor are any of the other 12,000 Syrian children who have lost their lives as a result of the war. Charity begins at home, it's true, because we must learn charity at home. If you shouldn't care about someone far away, why should you care about someone you don't know? Or don't know well? Or isn't yourself?

If you have enough to help a friend in their hour of need, you're lucky.

If you have enough to help a stranger in theirs, you're truly blessed. 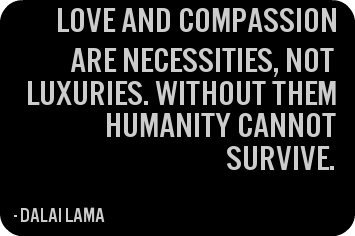