September 11, 2015
Today was my first meeting of the Gwent Police and Crime Panel, the board which supports and challenges the Gwent Police and Crime Commissioner. (The latter is an elected role introduced in 2012 - as a replacement for the police authorities - and the incumbent for Gwent is Ian Johnston. Johnston had previously spent 33 years as a Gwent police officer, working his way up from PC to Chief Superintendent.) 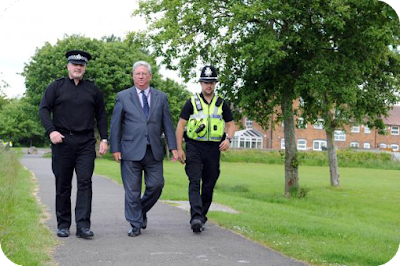 Ian Johnston, PCC, on a walkabout with police in Newport East.

The panel is made up of councillors from each of the five Gwent authorities (Blaenau Gwent, Caerphilly, Monmouth, Newport, Torfaen) and co-opted independent members. Myself and Cllr Norma Parrish were volunteered to replace Cllr Lewis Jones and Cllr Phil Seaborne for Torfaen and, I have to admit, I wasn't exactly looking forward to the prospect. I think I was expecting bone dry figures and massively long reports, instead I was really pleasantly surprised.

We looked at victim satisfaction levels in Gwent, and two workers from the new Gwent Connect Hub came in to talk about the specialised support they are able to offer. It's a much more joined up approach to victim support, which sounds like typical political jargon but basically means the different organisations involved are working more closely together. The Hub, and a clear focus on victims from frontline officers, are obviously doing the trick - victim satisfaction levels have improved so much that Gwent has gone from 42nd to 36th out of 43 police authorities over the last year. 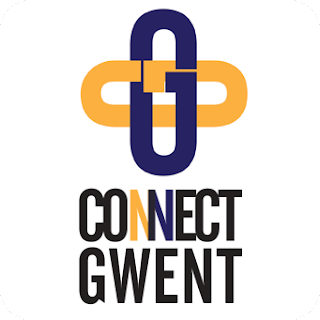 This is definitely a start in the right direction, and should only improve as Gwent Connect continues to establish itself. The biggest challenge, of course, is to continue to improve while budget cuts fall all around. On Wednesday we went to a financial training session on the PCC budget and the likely impact of cuts to the Home Office and the reform of the police funding formula on policing in Gwent.

Whichever way it goes, it promises to be one of the most interesting boards I'm a part of!