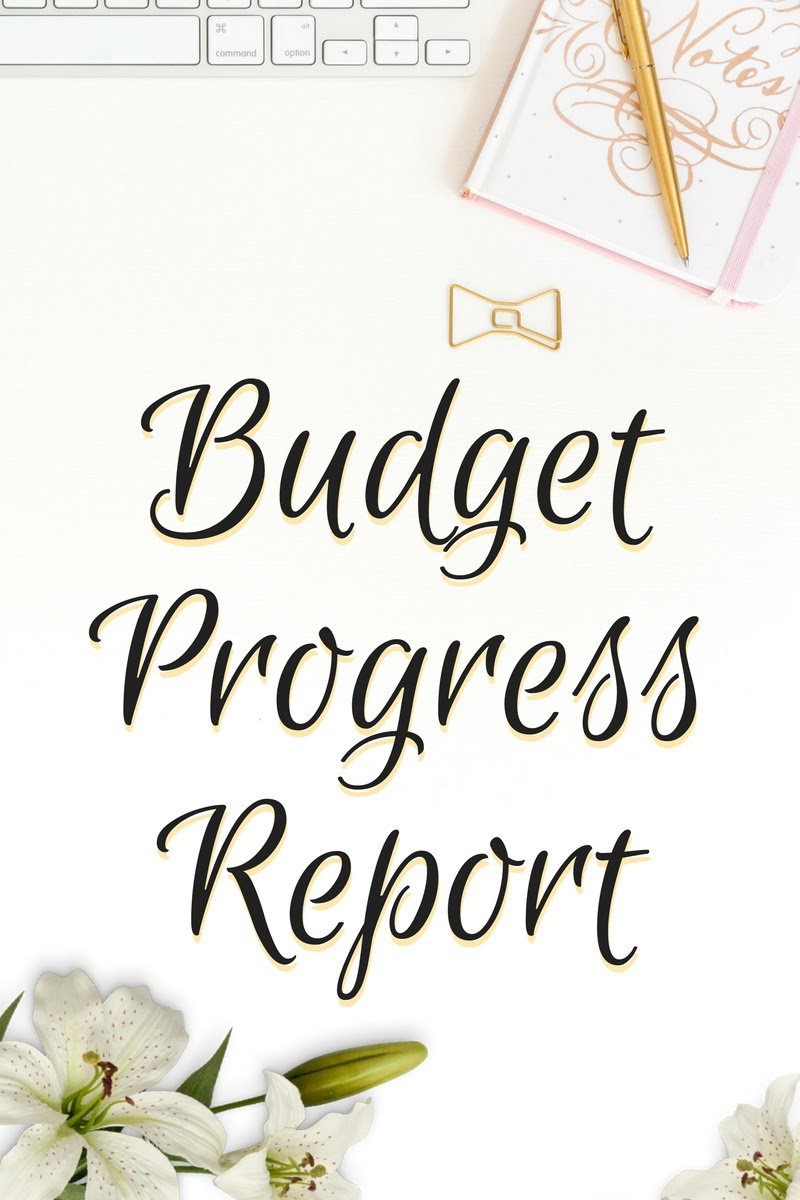 One of the blogs I've been really loving lately is The Mini Millionaire - the savvy Cora charts her financial progress, showcasing what has worked and what hasn't over the last month. It's really inspired me to think about my own financial goals, and how I can use the blog to help me work towards them.

My #1 goal right now is to get out of my overdraft. The hows and whys of my massive overdraft are a long story but, basically, I asked the Natwest to max it out to £2000 so I could pay my first instalment of university fees when I went back to do my postgrad course. I then proceeded to fall pregnant, have the expense of moving from my parents' (again), and become the breadwinner when Anthony lost his job just after Marianna was born. Ever since we've just lurched from one crisis to another, and I've made no progress on paying that overdraft off.

All that is going to change.

I blogged a few weeks ago about the ATM fraud I've been a victim of, via cloned debit card, which is something the Natwest refuses to admit is possible and did their best to fob me off about. This has made me more determined than ever to pay off my overdraft. A) to prove that I could have had a big chunk of it done already, as per my own budgeting calculations, if some thieving *insert expletive of choice* hadn't been siphoning off upwards of £100 a month, and B) so I can now vote with my feet and transfer my account from the Natwest ASAP.

I'm going to record my income and spending each month, and see if I can the one up, the other down, and start chipping away at my overdraft.

So, yeah, I've rabbited on about what I'm doing long enough. Here starts the actual doing it.

Because I'm all about realism, the figures here are rounded down to the nearest pound.

Wage: £1057 - This is fixed, so there are no surprises from month to month. I do get extra pay from Caerphilly Council some months though, for sitting on the Police and Crime Panel. This was not one of those months.

Anthony: £380 - Anthony's contribution to the bills. Normally this figure is more like £140, but he's been massively downsizing his comic collection.

Ebay / Trade Ins: BALANCED - I've sold a lot of stuff this month, but I've also bought a lot of stuff. I always fund my hobbies and things like clothes and toiletries by selling on bits I already own, or stuff I've accumulated through comping. This month saw various unexpected expenses (see outgoings section) so there was no surplus here.

Most months I won't go into much detail about most of this, but as it's the first in the series... All prices are rounded up to the next full pound, just to make life that little bit easier.

Rent: £500 - This is pretty good for a 3-bed private rental in our area, and we're in the most convenient location ever in terms of public transport links and being close to the shopping centre.

Energy: £0 - I pay SSE quarterly on demand, so next month is energy bill month.

Phone: £34 - I'm with EE and my contract doesn't end until April '17. I'm gonna go for something cheaper next time, but for now at least I don't have a house phone to pay out for too. I could have had a work phone and paid a little extra to use it for personal calls, but I just really dislike the idea of work having such easy access to my personal correspondence.

Internet: £28 - We're with Plusnet because they were the only provider willing to come in and install a new phone line in under six months so we could rejoin the modern world. I may switch in the future, but I'm happy enough at the moment.

SKY: £22 - We just couldn't pick up a decent signal when we moved in (and my lovely brother bought us a TV as a baby welcoming gift!), so signed up to SKY for the topbox and aforementioned alternative to a social life. It has now served its purpose as we bought an Amazon Firestick over the summer, and I wasted three quarters of my life resisting the hard sell and cancelled our subscription, making this the final payment.

Kindle Unlimited: £8 - This might seem like an unnecessary expense but I'm really getting my money's worth. I read a lot so this is a great deal for me.

Labour Party Membership: £5 - As a Labour party councillor, this is kind of a non-negotiable!

Labour Party Group Subs: £25 - All elected Labour politicians are expected to pay a proportion of their wage to the party, presumably to make it seem more like a cult, IDEK. Again, it's a non-negotiable so you just gotta suck it up.

Scope: £7 - I had a pledge not to sign up to any charities via direct debit simply because you never know when your finances are going to implode. (It's not like I don't donate, I just prefer raffles, collections, and one-off payments.) But they got me on a door-to-door hard sell when I was eight and half months pregnant and terrified of bad karma. They're a good cause though, for all that their sale tactics are skeevy, and it's staying for at least the foreseeable future.

Food and Household: £200 - I spend between £20 and £30 a week on food for the three of us, and then make it up to £50 with other essentials like laundry and cleaning supplies, nappies and formula, and household items like paint and garden tools. Food shop day is Tuesday, so this differs between £200 and £250 depending on how many Tuesdays the month has.

Bus Fare: £50 - The bus is our answer to the car, and the ticket type I get depends on what I've got on at work that week. It typically averages out to about £50 a month.

Overdraft Charge: £6 - Hopefully not for too much longer!

Overdraft Interest Charge: £22 - Again, the plan is for this to rapidly disappear.

Unexpected Expenses: £100 - (i.e. I couldn't cover all of it through eBay, Ziffit, WeBuyBooks trades, etc.) The pushchair broke and needed replacing, various good causes wanted my money, I spilled a pint of coke over my laptop... You know, the usual.

I saved £50 at the end of last month, so my progress thus far is:

Anthony is paying all of the rent next month, but it's also energy bill month which will cut into my budget. I'm going to do my best to bring my spending down though and get another £200 paid off at the end of September. 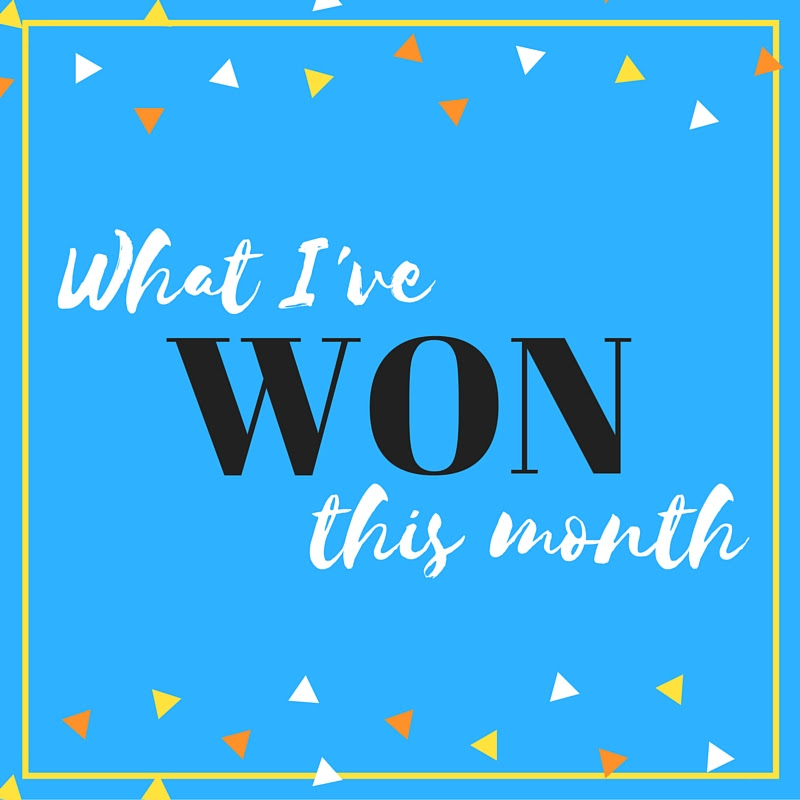 I've decided to merge my monthly 'What I've Won' feature into this series.

☆ Bundle of Warner Bros DVDs. I was given these in exchange for running a Twitter comp for another bundle, so not technically a win. (Just close enough!)
☆ I Love Gin gift set from Admissions of a Working Mother.
☆ Various books from Goodreads. 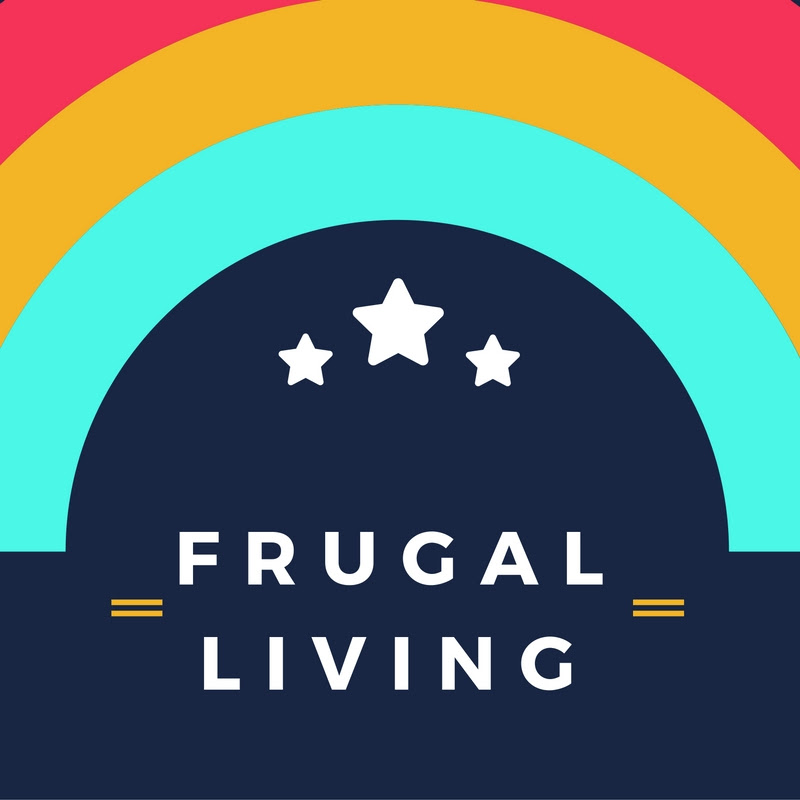