An A-Z of Creepy Retro TV 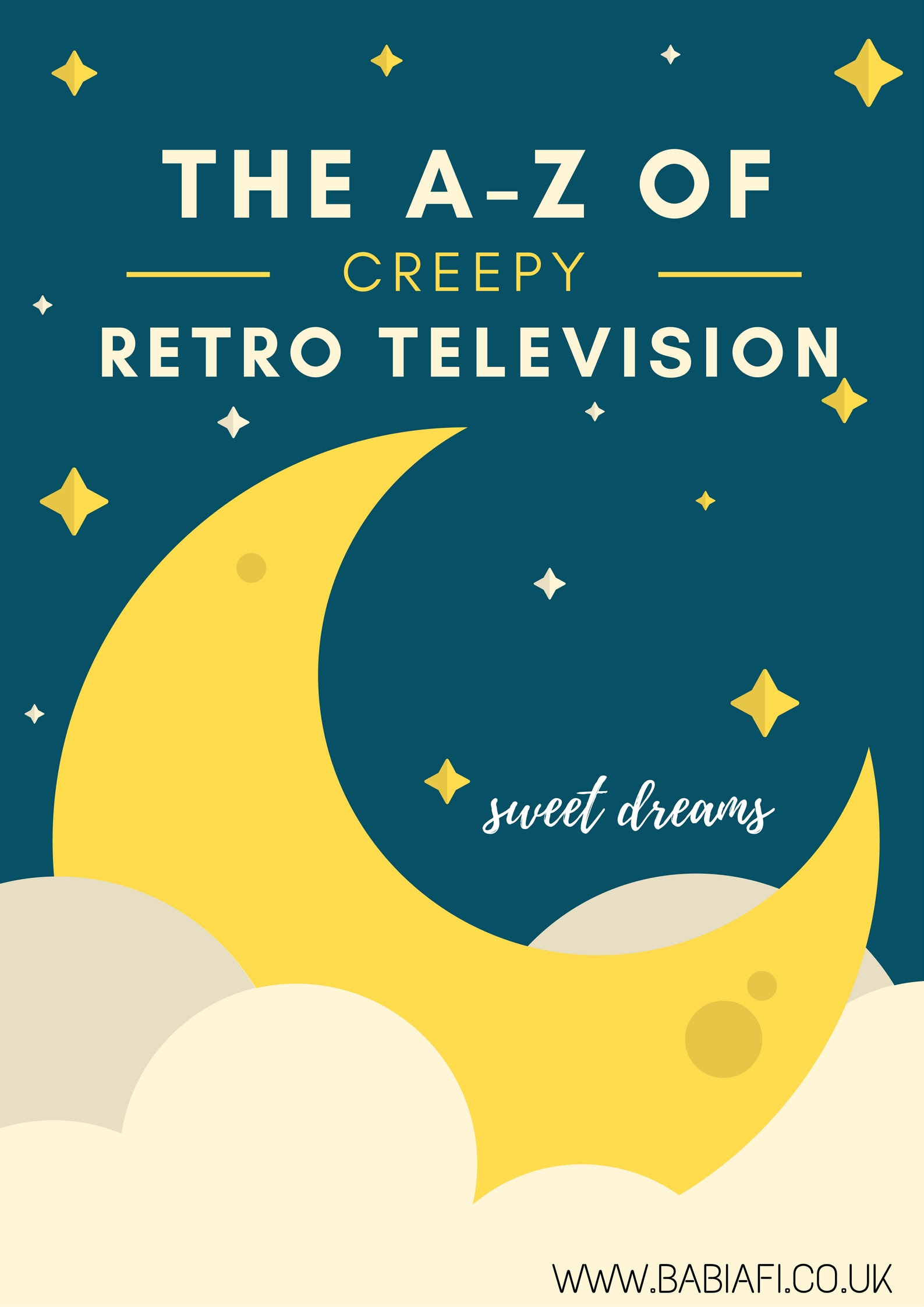 What it says on the tin - an ongoing guide to the best of creepy British TV from back in the day. (Pre-1990 at any rate.) I particularly love the kids' shows, because clearly nobody believed in safe spaces for children when there was mental scarring to be done.

YMMV (your mileage may vary) on my picks, but I skew more towards ghosts and folkloric revival than aliens and sci-fi, just as a heads up!

British horror has always loved the anthology, whether its aimed for cinema or the television. Examples include Leap in the Dark, Shadows, and, of course, Hammer House of Horror.

I.e., the setting of 1978 HTV children's drama The Clifton House Mystery. This series starts out super creepy, but kind of loses its way over the last few episodes. Still it has a hidden room and lots of slow build realisation, which are two things I can overlook a lot for!
Watch it: DVD.

CBBC has produced some dark programming, but nothing comes close to the bleakness of this 1975 drama based on Peter Dickinson's Changes trilogy. Overnight a strange frequency begins to be emitted by all technology on the planet, causing humans to destroy it all to save themselves from insanity. The Changes follows schoolgirl Nicky Gore as she tries to discover the whys and the hows, and to reunite with her parents.
Watch it: DVD.

Dead of Night ran for seven episodes in 1972, although a few are missing from the archive, with the eigth - The Stone Tape - being released as a standalone.
Watch it: DVD / YouTube.

Based on Catherine Storr's 1958 novel Marianne Dreams - also the source material for the 1988 film Paperhouse - Escape into Night is a six part ATV drama wihch originally aired in 1972. Marianne has broken her leg, and so finds herself stuck at home, completing her schoolwork and generally feeling bored to distraction. At least until she discovers that her drawings suddenly have some very unusual properties... Although this one was filmed in colour only the B&W prints remain, so this is the format you'll find on DVD and YouTube.

Produced by Thames TV, The Feathered Serpent starred Patrick Troughton (i.e. the second Doctor) as a scheming Aztec high priest, set on scaring children across the country at teatime.
Watch it: DVD.


G - A Ghost Story for Christmas

In the 1970s the BBC fulfilled its remit of scaring people witless all year round with their annual A Ghost Story for Christmas programming.
Watch it: DVD / YouTube. 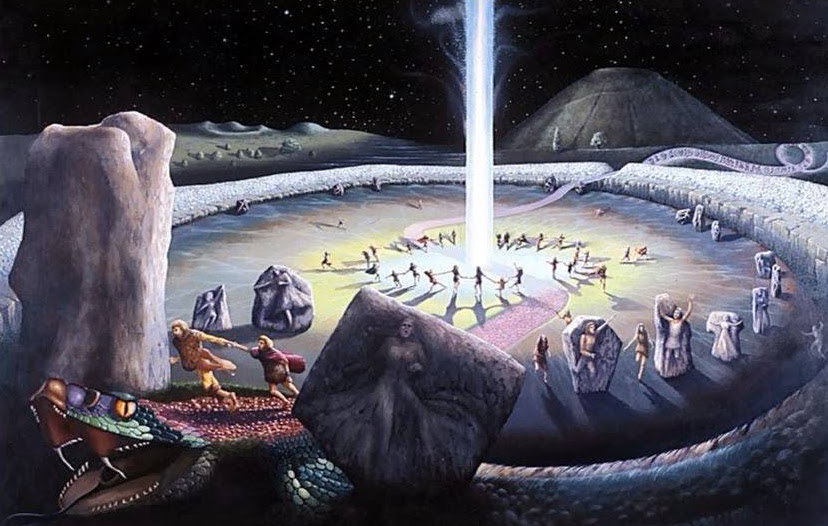 As said in greeting by the villagers of HTV's Children of the Stones. It is often named as the most frightening children's drama ever made and, let's face it, whoever's compiling those lists knows what they're talking about. Because originally airing in 1977, the series followed the investigations of Adam and Mathew Brake as they attempt to work out just what the hell is happening to them and their neighbours in their new home of Milbury.
Watch it: DVD / YouTube.

Britain's concession to commercial television launched in 1955, changing the nation's evenings forever. Each area had its own television network which - after winning its local franchise - contributed to the ITV (Independent Television) network, including ATV (Associated Television), Granada, HTV (Harlech Television), TVS (Television South), and dozens of others. ITV was viewed as less classy, and less stuffy, than the BBC, no doubt giving them greater scope to focus on the crowd pleasing creepy.

The name of the school tearaway in Tarry Dan, Tarry Dan (Scary Old Spooky Man), a BBC production which first aired in 1978. Jonah thinks he's big and touch, but local tramp Tarry Dan has a message for him...
Watch it: YouTube.

King of the Castle is a creepy children's drama, produced by HTV in 1977. It centres on lonely pre-teen Roland Wright who, desperate to escape the miserable bullying of his real life, finds escape in a strange fantasy world.
Watch it: DVD / YouTube. 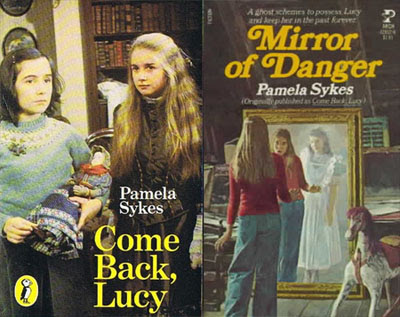 Based on a 1973 book by Pamela Sykes, it was adapted for television by ATV in 1978. The titular Lucy has only ever known a reserved old fashioned lifestyle in the care of her aged Aunt Olive but, following her death, she has to move in with her super modern cousins and their parents, the career woman Aunt Gwen and the progressive Uncle Peter. It seems like her life can't get any worse - until a long dead Victorian girl starts calling for her... You can read a more detailed overview over at The Chestnut, and watch it on YouTube HERE.

Moondial is a lovely little BBC timeslip drama from 1988.
Watch it: DVD / YouTube.

Originally airing in 1969, The Owl Service was a Granada adaption of the 1967 book of the same name by Alan Garner. Over eight episodes Alison, holidaying in rural Wales, comes close to losing herself to the ghosts of the past.
Watch it: DVD / YouTube.

Penda's Fen is weird. Seriously, there is no other word for it! It's also a coming of age story, and a disquieting look into the hypocrasies of the establishment. .
Watch it: DVD / YouTube.

This BBC drama from 1975 was like the adult answer to CBBC's The Changes. Created by Terry Nation - he of Dalek fame - Survivors told the tale of a world post 'The Death', a modern plague that has wiped out all but a handful of the population. It also made sure to do it as disturbingly as possible, because that was the way the BBC rolled back then.
Watch it: DVD / YouTube. 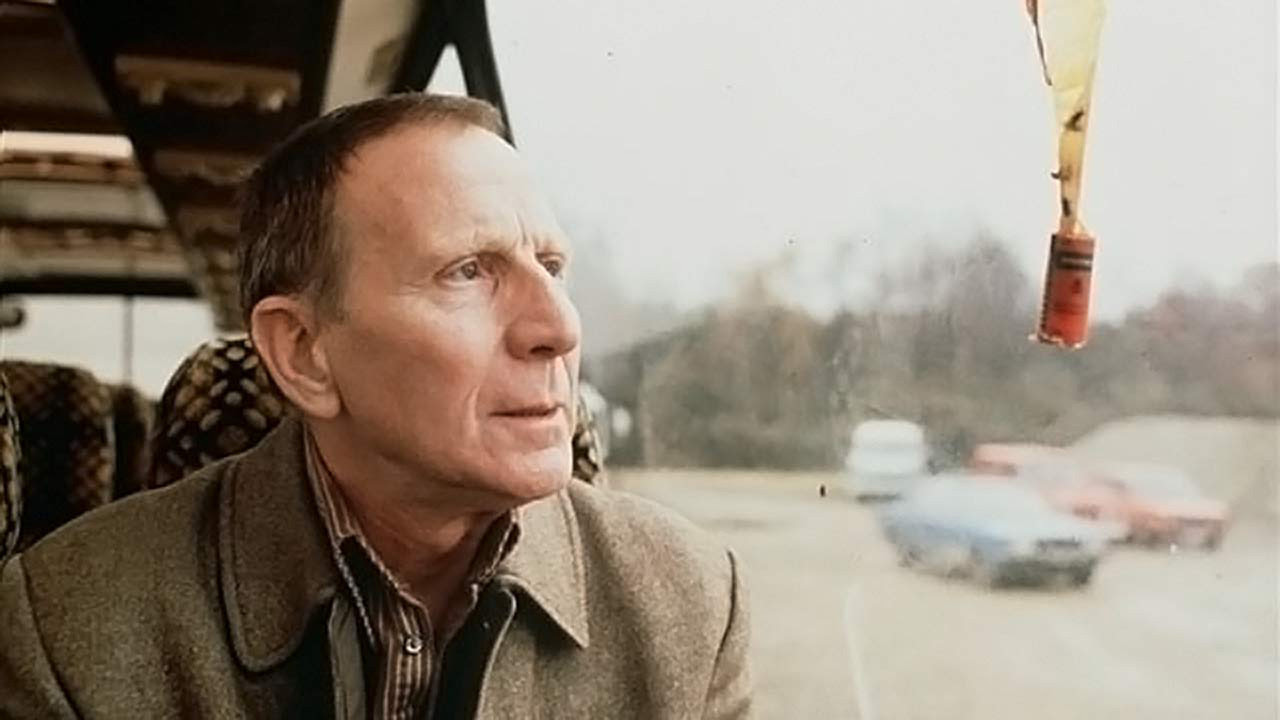 T - Tales of the Unexpected

How can you not love Tales of the Unexpected? Produced by Anglia, the show ran for nine series between 1979 and 1988, adapting all manner of short stories and becoming ever more cheesy. My favourite episode is the first episode of series three, The Flypaper, which first aired in 1980. It drives home the horror of stranger danger when a teenage girl flees a creepy old man, only to find herself in a worse predicament.
Watch it: DVD / YouTube.

Some instalments of this sci-fi anthology show have been wiped, but there are still some good supernatural episodes left in the archive. Out of the Unknown ran for four series on the BBC, between 1965 and 1971.
Watch it: DVD.

Like those experienced by the heroine of The Haunting of Cassie Palmer. Based on the 1980 novel by Vivien Alcock, this TVS production hit television screens in 1982, depicting 13-year-old Cassie, seventh child of a seventh child, who sets out to protect her medium mother from accusations of fraud, and ends up summoning a spirit of her own.
Watch it: YouTube.


W - The Witches and the Grinnygog

The Witches and the Grinnygog is a TVS adaption of the 1981 book of the same name by Dorothy Edwards, and originally aired in 1983. Strange things start happening when an old statue - the Grinnygog - literally falls off the back of a lorry and ends up exchanging hands in a small English village...
Watch it: YouTube. 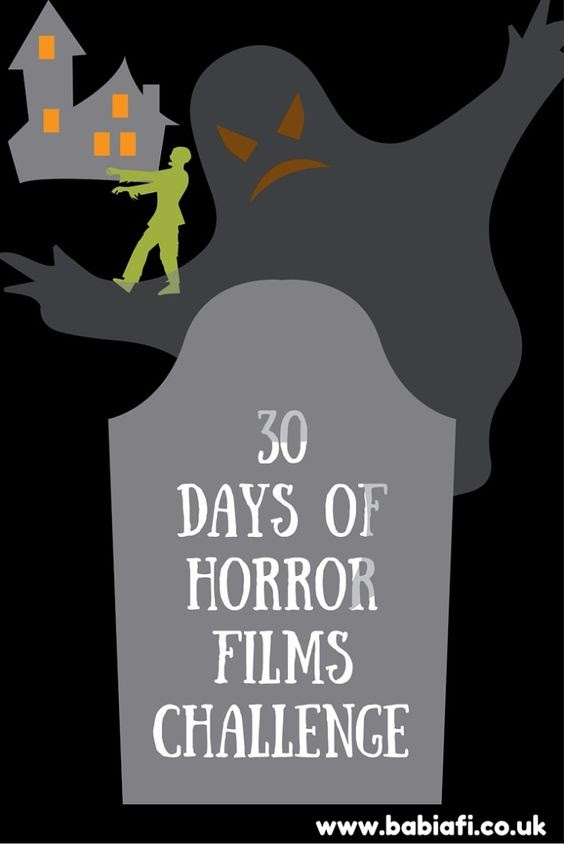