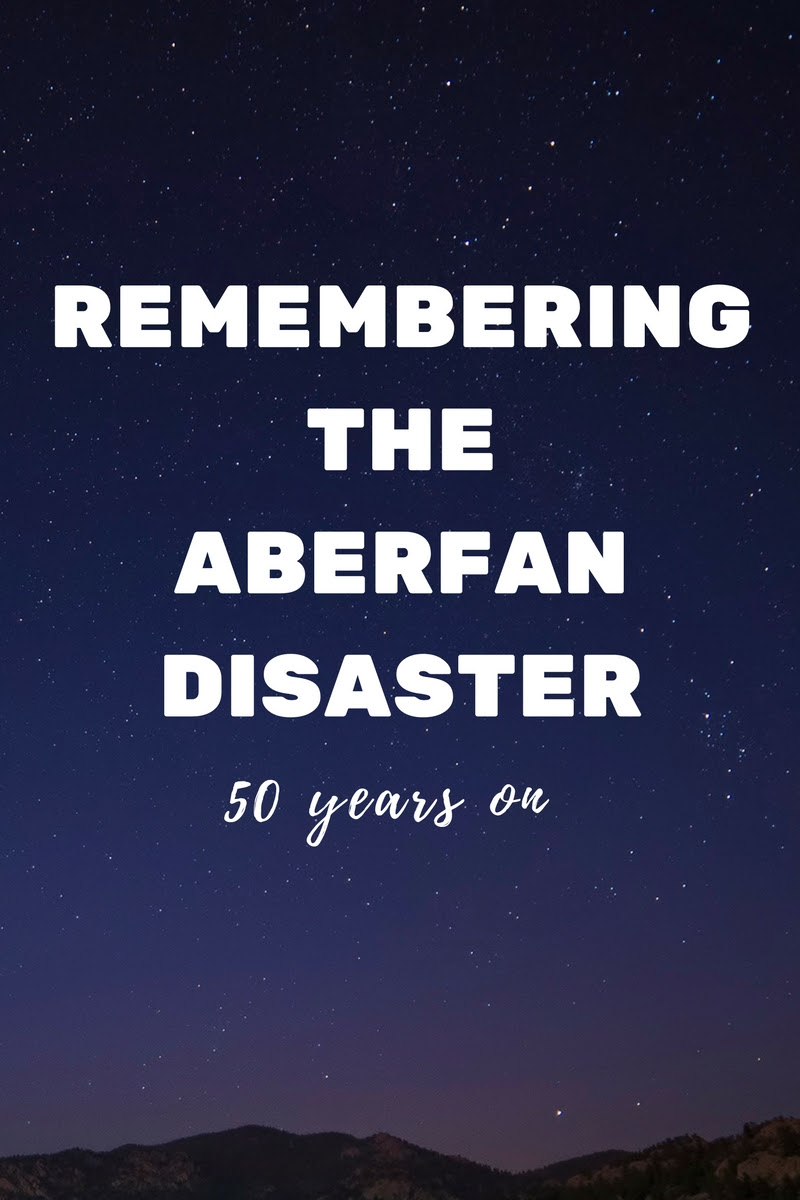 Tonight we went to a commemorative service to mark the 50th anniversary of the Aberfan Disaster. It was held at St. David's Parish Church, on Merthyr High Street, with prayers, readings, hymns, and a performance by the Ynysowen Male Voice Choir which was established as a fundraising body in the aftermath of the disaster.

I knew I would cry as soon as I knew I was down to attend, and of course I did. Because it's the kind of tragedy that should never have happened, and could have so easily been avoided with greater intervention. It reminds everyone in public service that when people bring their concerns to you, like the residents of Aberfan did to the Coal Board, the Council, and others, there is a duty on you to look into it and be satisfied that they are unfounded. That the systems in place to reduce human error are adhered to, and aren't simply a box ticking exercise.

Because reading the newspaper stories about the disaster this week made me think of the sinking of the MV Sewol in 2014, a tragedy that was unfolding as I discovered I was pregnant with Marianna, and left parts of Ansan another community that lost a generation to poorly regulated industry. These things can still happen if we're not vigilant, and put saving money above the safety of the workforce and the general public.

9:15am, 21st October 1966 was a Friday morning, the last day of school before the half term holidays. In Aberfan the weather was foggy but dry, a relief after days of heavy rainfall. At Pantglas Junior School children had just made their way to their classrooms for morning registration, following assembly in the main hall. There was a sudden roar, like an almight thunder clap, and one teacher told his class to get under their desks, fearing the noise was a jet plane crashing.

They had scarcely left their seats when some 1,400,000 cubic feet of slurry smashed into the northern side of the building - where the classrooms were situated - demolishing much of the structure and burying pupils under up to 30 foot of debris. Within minutes an entire generation was dead; the final toll was 116 children, almost half of the school roll, and 28 adults, including 5 teachers.

Rescue crews worked tirelessly, their numbers swelled by men from the surrounding pit towns who came straight from the coal face to help, and press converged on the village. Few were pulled from the aftermath alive however, and by noon on that first day it was a recovery mission, something which took a week to accomplish. The bulk of the dead were buried in a mass funeral on October 27th 1966. 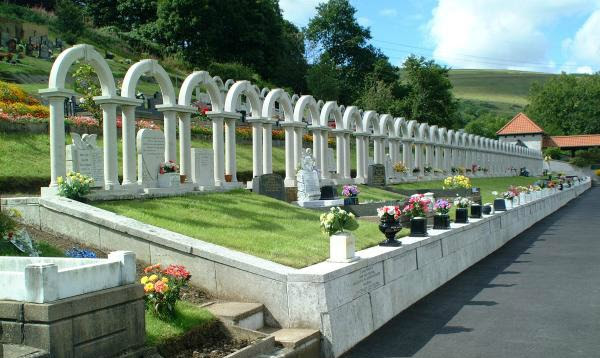 What I have always found so very chilling about the Aberfan Disaster is how incredibly awful the timing of it was. Just half hour earlier and the school would have been all but empty. Just five minutes earlier and almost every child would have been gathered in the assembly hall, a part of the building that was relatively untouched by the slide.

I remember watching a documentary on it when I was about ten or so, and one mother's recollection of how she had sent her son to school, even though he wasn't feeling well, has played on my mind ever since. Her sense of guilt, of remorse, for doing what she thought was the right thing, and yet turned out to be her own child's death sentence.

It just doesn't bear thinking about. 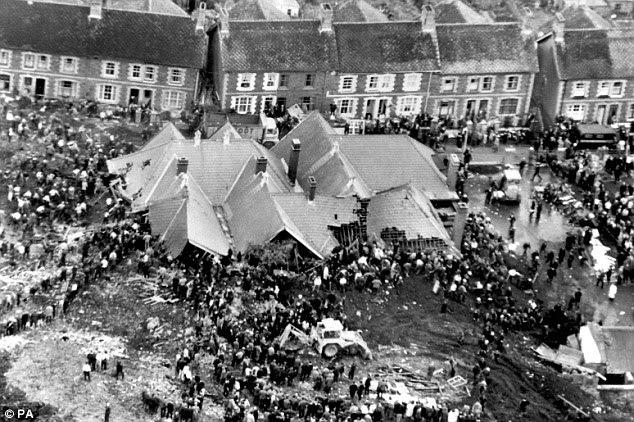 Aerial view of the disaster.

For all that, the very worst thing about the Aberfan Disaster was that it wasn't some unforeseeable accident. The Merthyr Vale colliery had been dumping spoil on the mountain above Aberfan since 1916, and residents had been increasingly vocal with their fears about the practice. In 1963 Merthyr Council complained to the National Coal Board about their tipping policies, and in 1965 Ann Jennings, the Headmistress of Pantglas School, presented a petition to the Council on behalf of the mothers of the schoolchildren, warning that the school would be at risk if the slag heap moved.

Still spoil continued to be tipped in the Pantglas area, even with the known risks of flooding and movement. Until that Friday morning in 1966 when the heap finally did move, demolishing a farm and a row of terraced houses before reaching the school. The National Coal Board, chaired by Paul Robens, did little more to acknowledge their culpability in the aftermath, even refusing to fund the removal of the remaining spoil around Aberfan, meaning the money had to come from the Disaster Fund which had been raised by public subscription.

It was Robens too, in 1972, who steered in a Health and Safety framework that was largely reliant on employers self-regulating as opposed to outside inspection - something which would reign supreme until the 1990s when EU legislatory influence forced employers to be more proactive and preemptive when it came to potential hazards. Whatever happens in the years to come, I think we shouldn't lose sight of the good that stricter legislation has wrought.

Because even 50 years on, all it really takes is complacency for history to repeat itself.

A minute's silence will be held tomorrow morning at 9:15am, right across the UK, in memory of all those affected by the disaster.