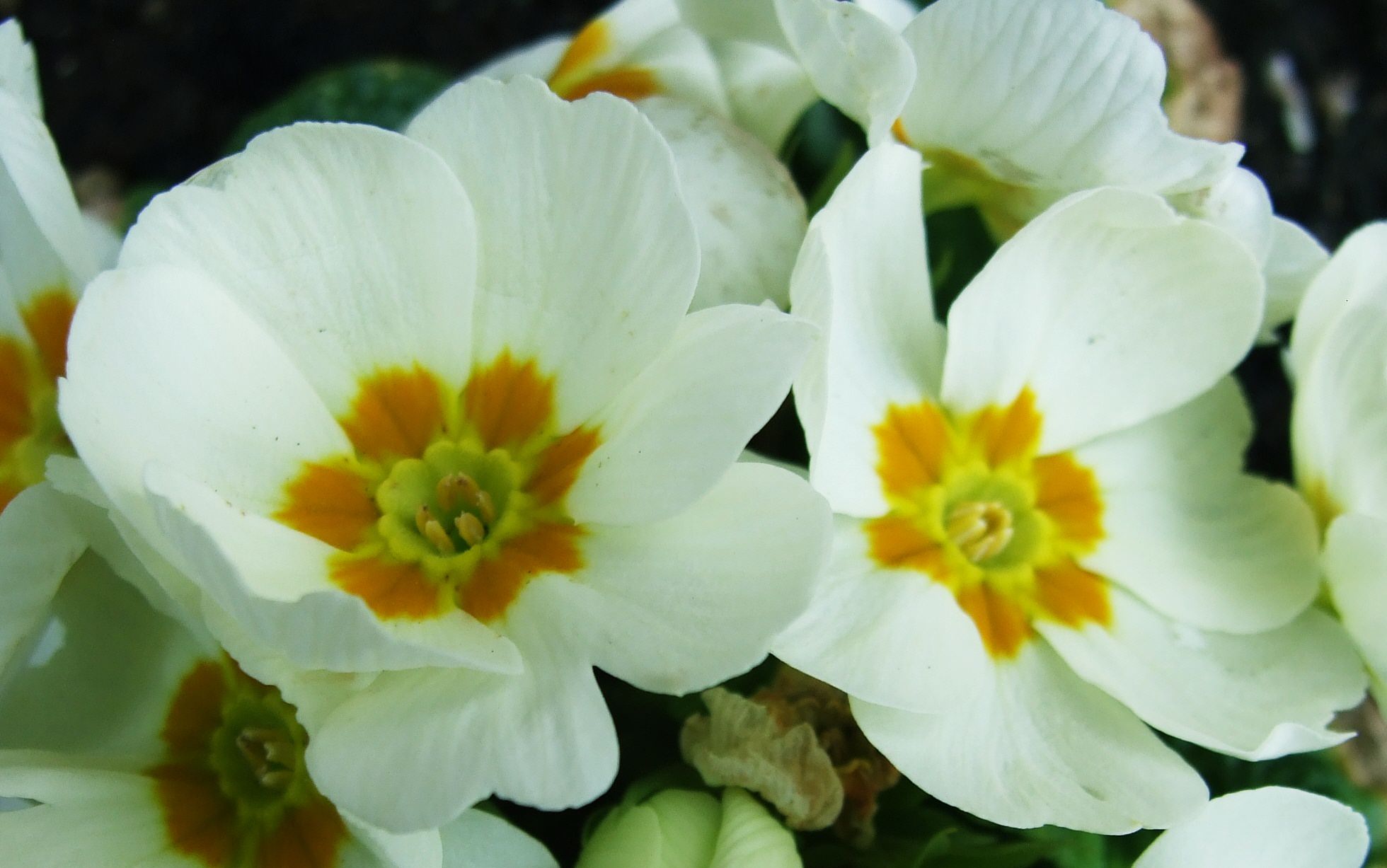 Did you know that today is Primrose Day? As lovely as the primrose is, it's not a day of celebration for it either. Instead it marks the anniversary of the death of former Prime Minister, Benjamin Disraeli, in 1881. The primrose was his favourite flower, with Queen Victoria regularly sending him bunches in life and a primrose wreath in death.

Although, in more recent years some people have had cause to question the card the Queen sent with that wreath, stating that they were 'his favourite flowers'. Because she might not have been talking about poor old Disraeli but her own personal obsession, the late Prince Albert. There's nothing a man wants more at his funeral than a wreath made up of their Queen's dead husband's favourite flowers, after all.

Either way, the primrose became indelibly associated with Disraeli's memory and people marked the day by wearing a primrose and decorating the bronze statue of Disraeli in Parliament Square with the flowers.

In the 1880s a number of Newlyn School post-impressionists immortalised the day in pieces originally titled 'Primrose Day'. They had probably used up their quota of creativity on the canvas... Below we have Frank Bramley, Ralph Todd and Fred Hall tackling the subject. 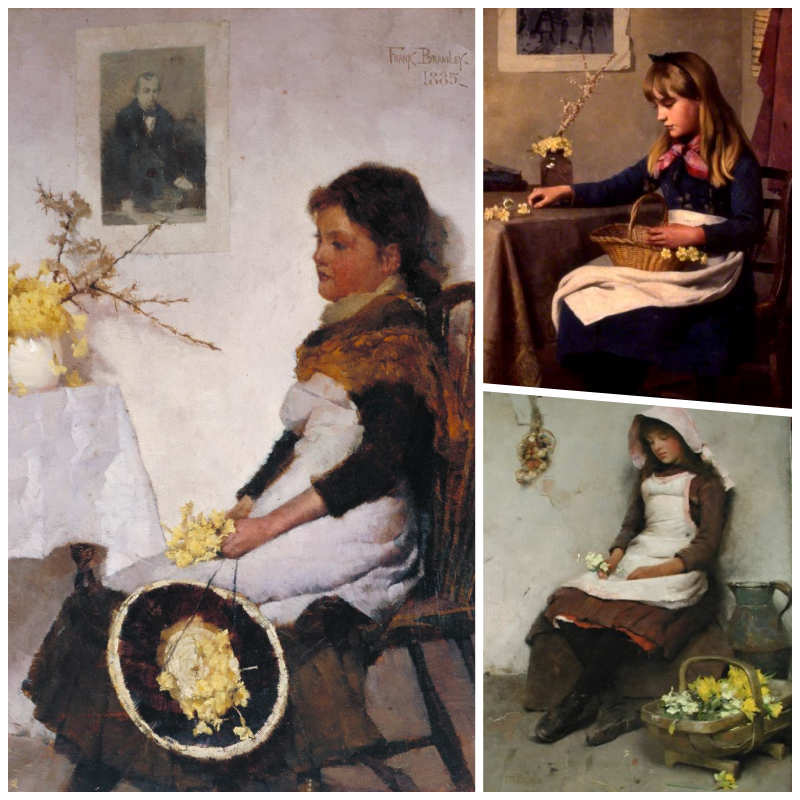 It wasn't just Disraeli himself these paintings were attempting to commemorate though. In 1883 the Primrose League had been established, an organisation invested in promoting Conservative principles and protecting the traditional Britain the modern age was attempting to sweep away. (Sound familiar?) By the end of 1884 the League had 957 members. In ten years time that figure had ballooned to over a million, doubling in size again by 1910. After that there was steady decline until the League was finally brought to an official close in 2004.

So who was Disraeli, and why did he become such a potent symbol of British traditionalism?

Born in 1804, Benjamin was the son of solidly middle class stock. He was educated at average boarding schools, and at the age of 12 grew closer to the British ideal of conformity when his father fell out with synagogue authorities and had the family convert to Anglicism. At 16 Disraeli Snr fixed his son up with a position as solicitors' clerk at a firm belonging to one of his friends, and there was even talk of marriage with the boss' daughter. 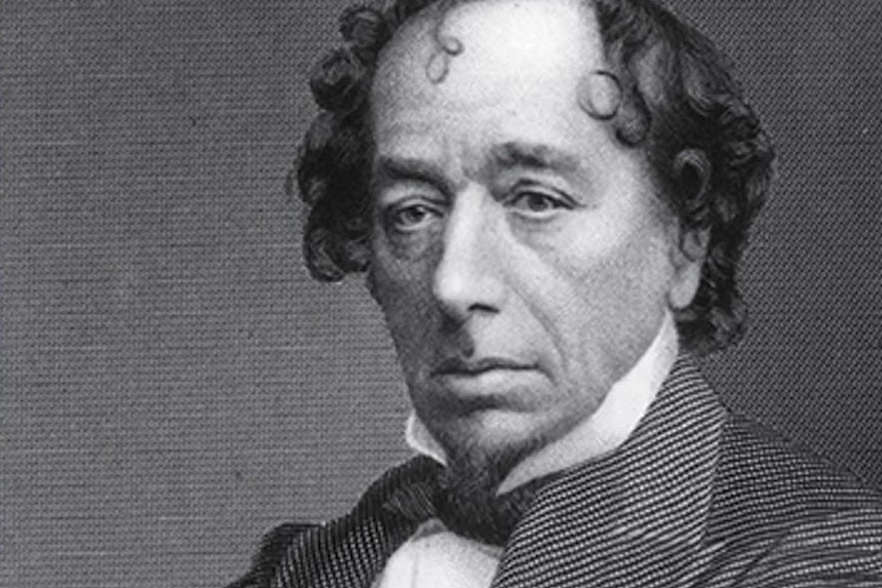 Then in 1824 Disraeli tired of toeing the line. First he tried training to be a barrister, then turned his hand to literature. From there it was dabbling on the stock market and pamphlet writing. He anonymously published his first novel, the satirical Vivian Grey, in 1826 leading to both a flourishing writing career and a major bout of depression as a result of the book's harsh critics. As he moved into politics in the 1830s he was interested in radical reform policies but, like so many politicians past and present, when he couldn't get elected under the Radical banner he switched allegiance and joined the Torys.

The thing about Disraeli is that he always had multiple plates spinning. Even as he was first elected in 1837 he was churning out light rom-com novels to help pay the bills. He married in 1839 and became an outspoken critic of Peel, all while preparing himself for a future ministerial appointment. When the Tory party split over the Corn Law repeal in the mid 40s all the hard work began to pay off - he was basically the only guy ready to step up and be the voice of the opposition. By spring 1852 Disraeli was Chancellor.

With hindsight, Disraeli was a pragmatic politician. He had his principles, sure, but he also wanted to get things done. His immediate legacy, on the other hand, was that of a great British statesman. It was Disraeli's quick action which helped to secure the Suez Canal and, though it did him no favours at the time, it was Disraeli who had enabled Queen Victoria to officially call herself Empress and inspire all the fervent jingoism which went with it. Disraeli kind of became synonymous with Empire, and the romantic ideal of Britain as a great ruling nation.