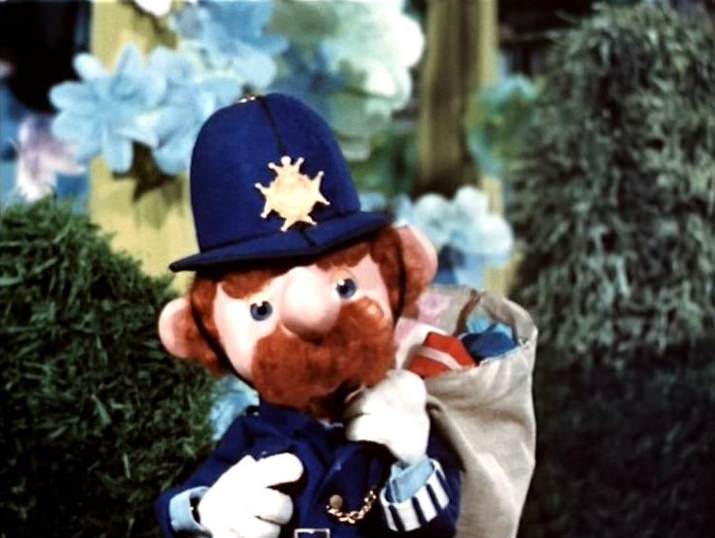 There is no shortage of police figures in the 1/6 scale world, it's true, but the vast majority are based on NYPD or LAPD officers - complete with shades and firearms! The British bobby has a much tougher time of it when it comes to plastic representation, particularly as figures aimed for the UK play market still tend to be dressed in USA style uniforms. (For more on the differences between UK and USA policing, check out the post on Law and Order in the UK I wrote last year.)

Anyway, here is everything relevant I know of in 1/6 scale. Please let me know in the comments about any I've missed - especially female figures / uniforms! 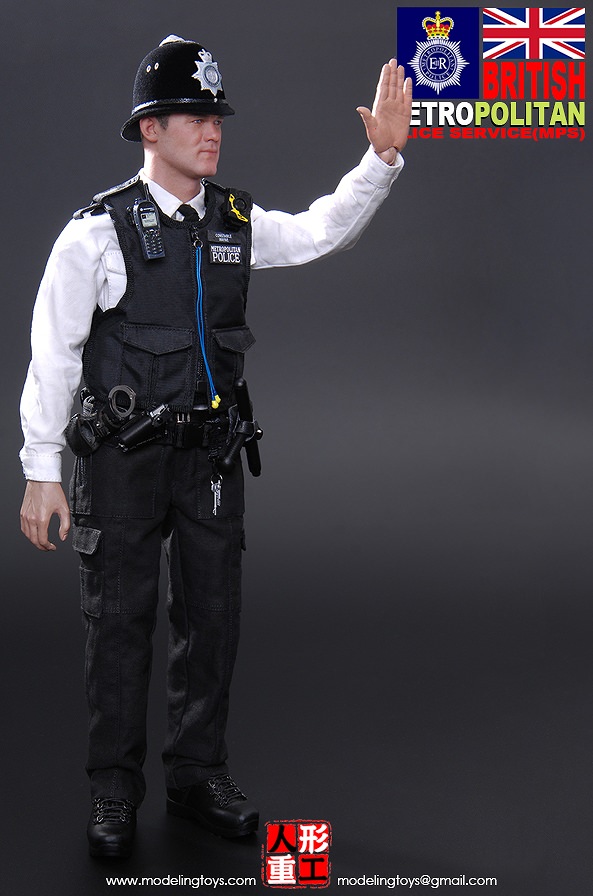 For reasons best known to Modeling Toys this Metropolitan Police Service figure has a Wayne Rooney head sculpt. But it also has a very cool custodian helmet, duty belt, radios, and hi-vis jacket. (See more pics over at Toy Haven.) The most obvious problem is that side handled baton - some forces gave them a go in the 90s but even if the Met was one of them they've been using the ol' expandable 'asp' style baton for a long time now. 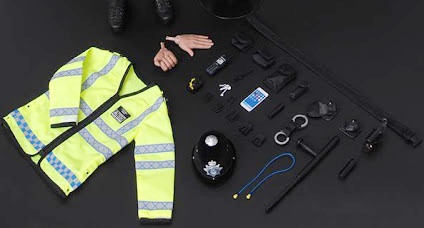 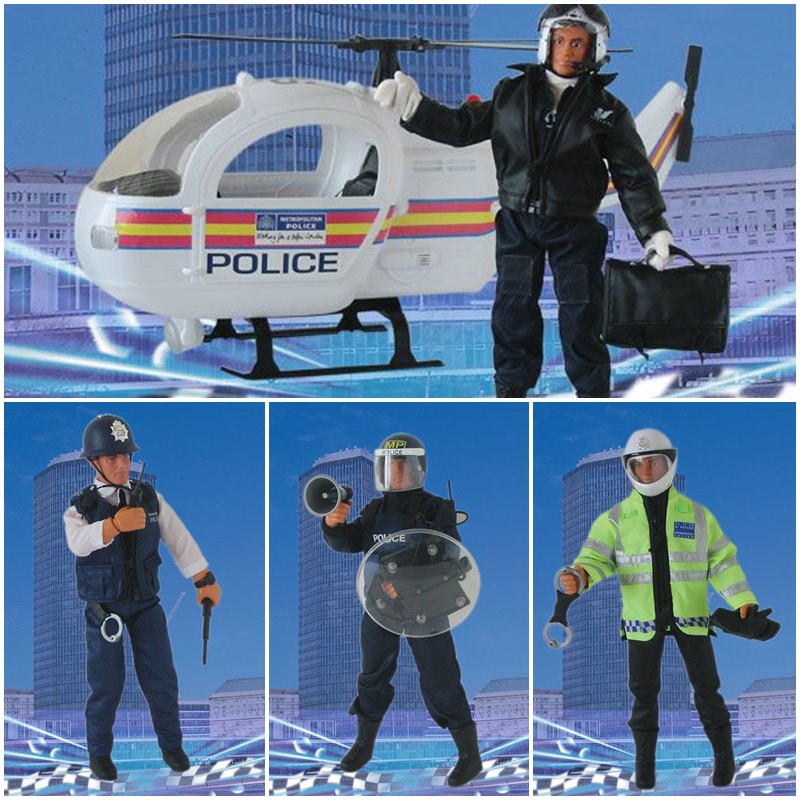 When it comes to playline, it really doesn't get any better than the 2003 'The Bill' collection by M&C Toys, licensed by Scotland Yard. The range consisted of 'Police Helicopter and Police Air Observer', 'Male PC', 'Public Order PC', 'Traffic Sergeant', 'Female Sergeant' (blonde and brunette versions), and the police van. It's one of the very few options for UK female police officers, and there's a nice variety of accessories from hi-vis jackets to speedcuffs. 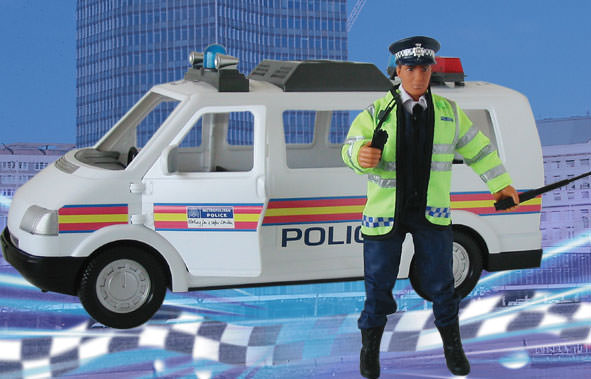 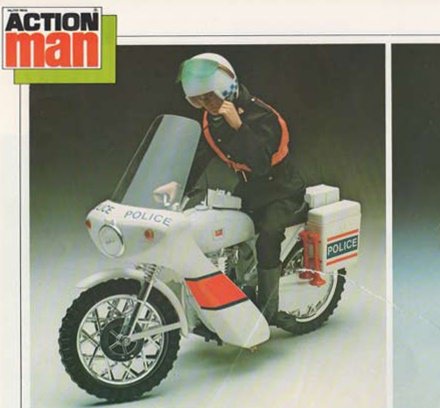 Action Man typically stuck with sports and the military, but he did make a few forays into the police service. Between 1978 and 1984 he was a police motorcyclist with the bike and doll to be purchased separately. At various times the uniform came on a locker box card, book card, and regular outfit box. In 1993 Hasbro relaunched Action Man and fixed him up with a number of American looking S.W.A.T outfits. E.g. the 1999 X-Catcher figure, S.W.A.T Kit, and a S.W.A.T uniform card.

Also I kept coming across the below image from ebay - seller matwild does a range of original accessory sculpts for Action Man. This set includes the helmet, truncheon, radio and whistle chain to transform the police motorcyclist into a regular police constable. 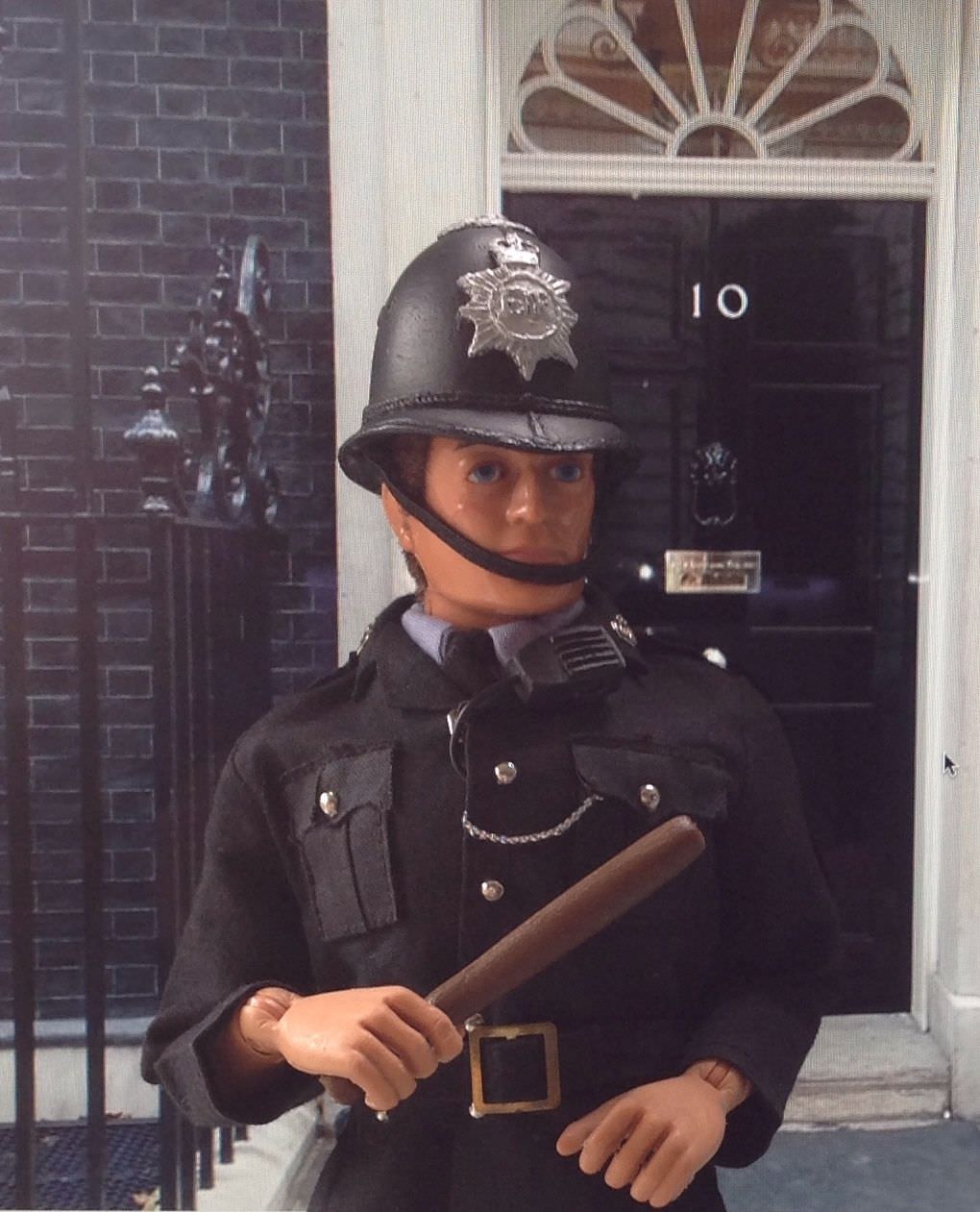 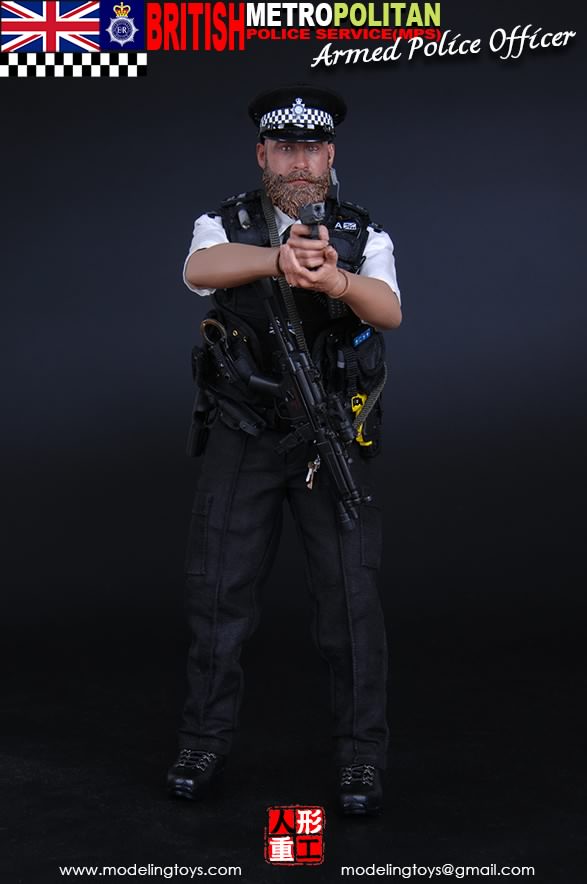 Another offering from Modeling Toys, this one uses a head sculpt based on the infamous '#HipsterCop' - PC Peter Swinger of the MPS who was snapped policing an EDL protest in 2015. The uniform and accessories are mostly based on those of a Diplomatic Protection Group officer: 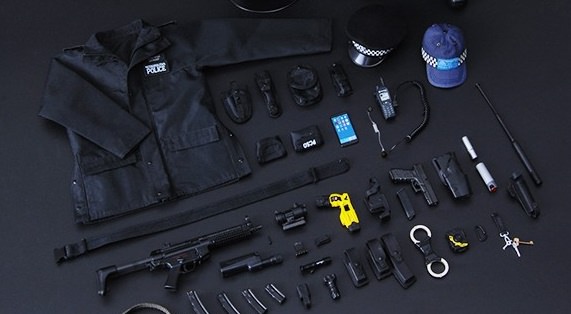 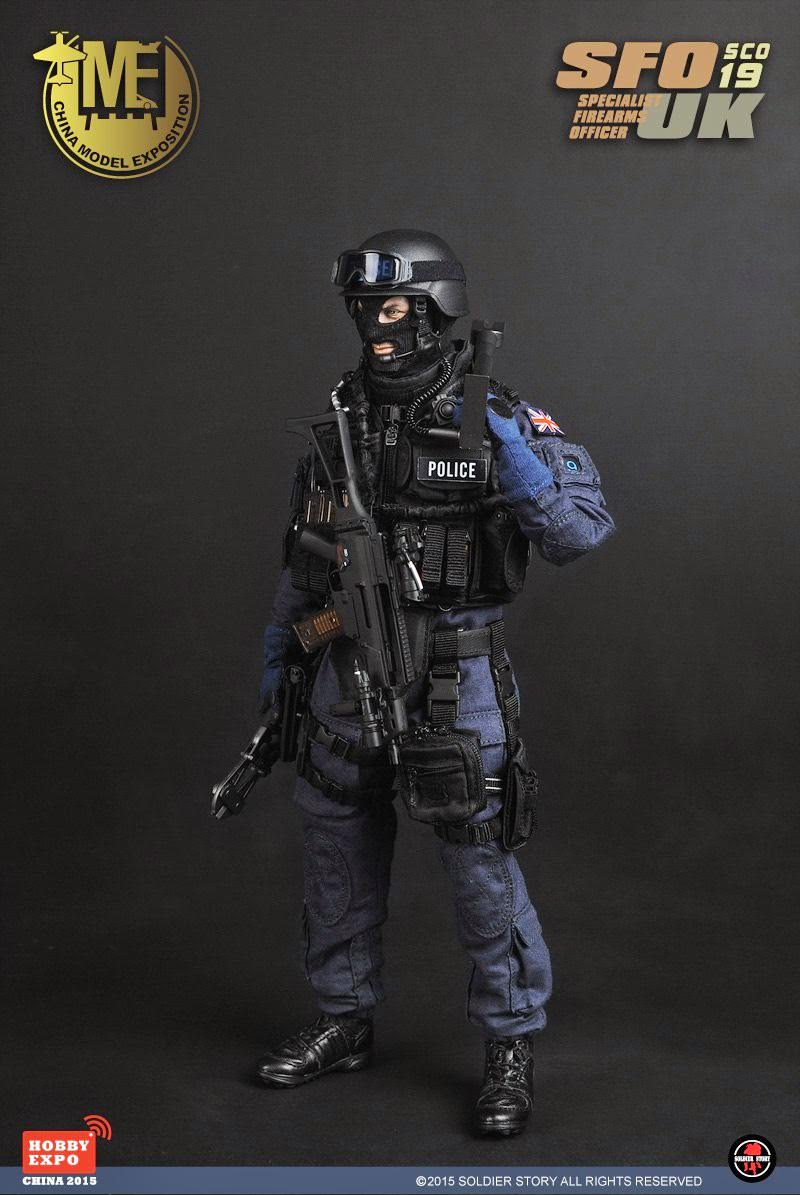 SC&O19 is the Met's Specialist Firearms Command, providing full time firearms support to the MPS. This was an expo exclusive rather than a general release but you can read a fuller review of the figure over at Toy Haven. 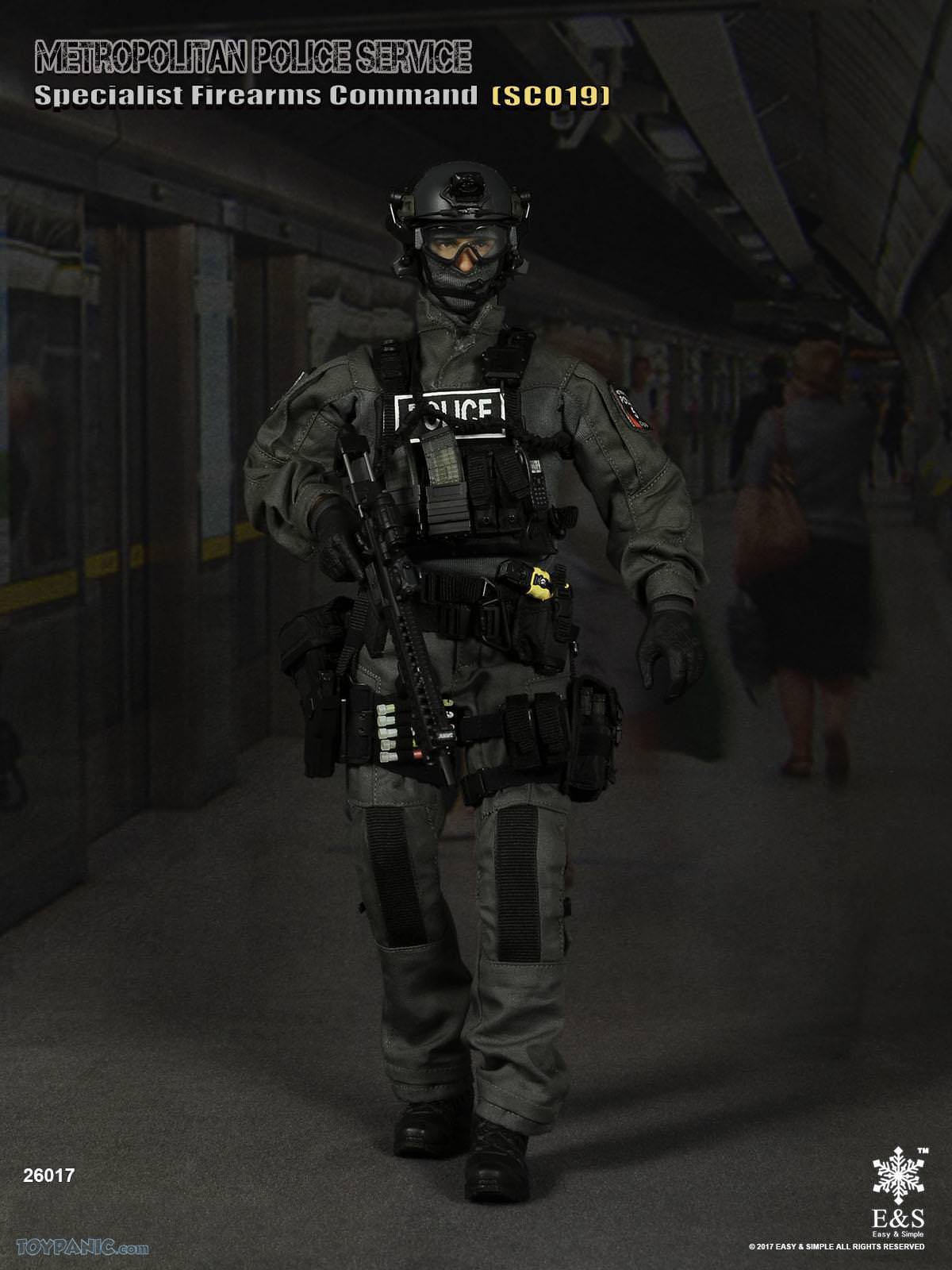 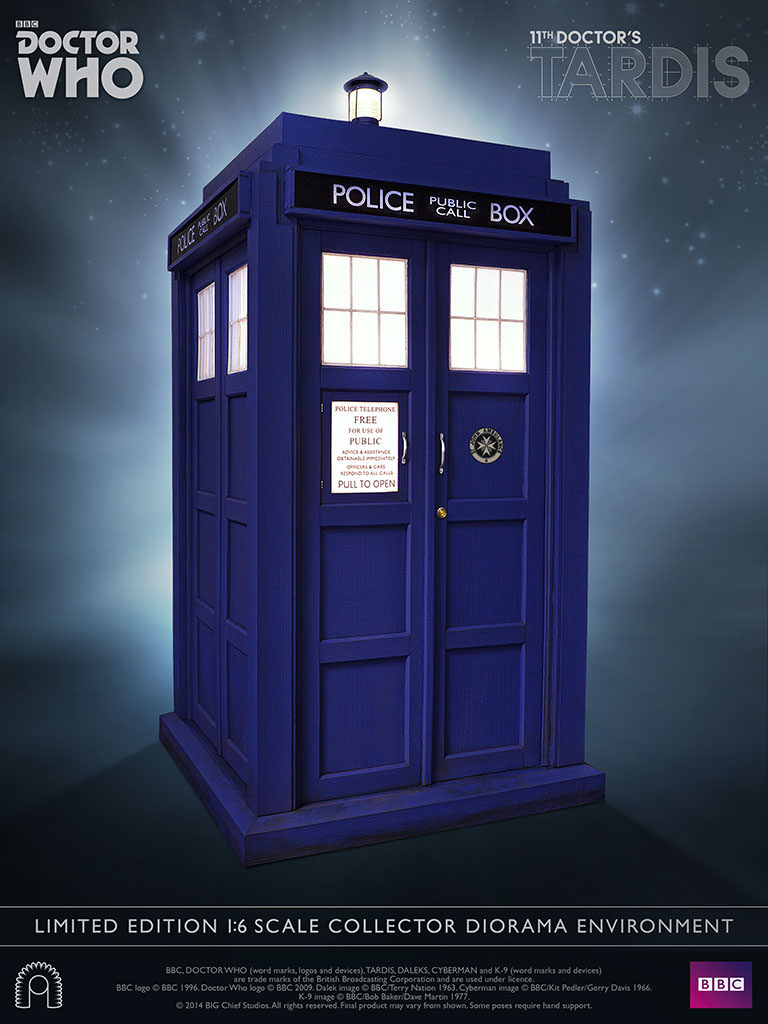 Big Chief Studios actually do two versions of the TARDIS - a police call box based on the 1929 Gilbert MacKenzie Trench design, produced for the Met and phased out in the 1970s - in 1/6 scale: the 11th doctor's, and the 10th doctor's. You can also get plans on the net to build your own, and all kinds of money boxes and things which might work as diorama pieces if you're not too fussy about the sci-fi details. 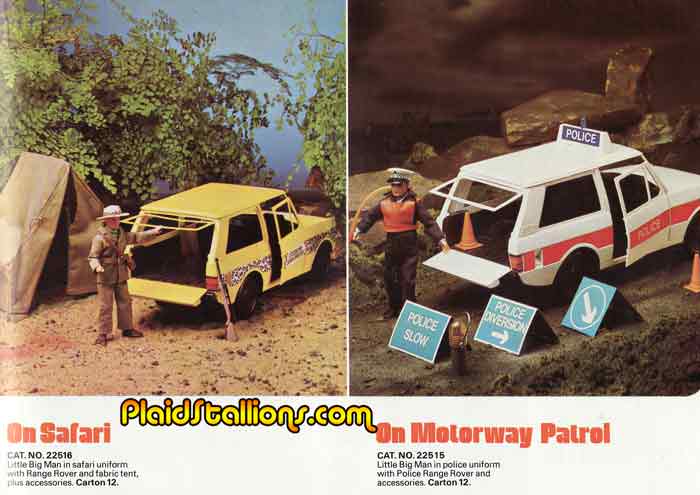 In the mid 1970s Palitoy reinvented Madelman for the UK market as 'Little Big Man' - check out the Plaid Stallions page on him for more info on that Motorway Patrol set. The doll was available separately or with the very cool police range rover. LBM was only 1/10 scale but I've included him because options are kind of thin on the ground, and it would be kid sized in 1/6 scale so might still be useful.

Other kid sized options include the roughly 1/12 scaled Sylvanian Families 'Bobby' Badger who has been available with a bike or in a set with a police box. 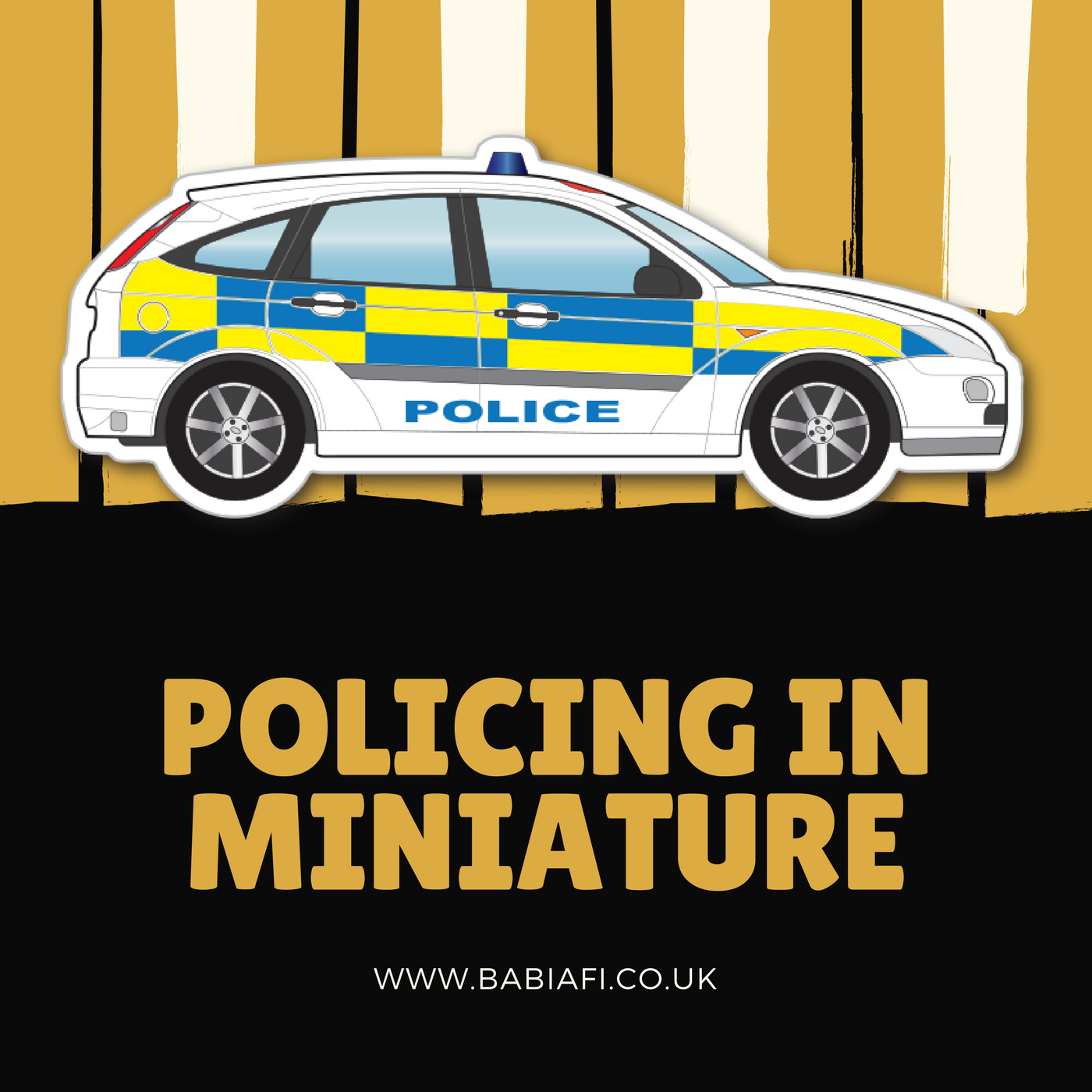