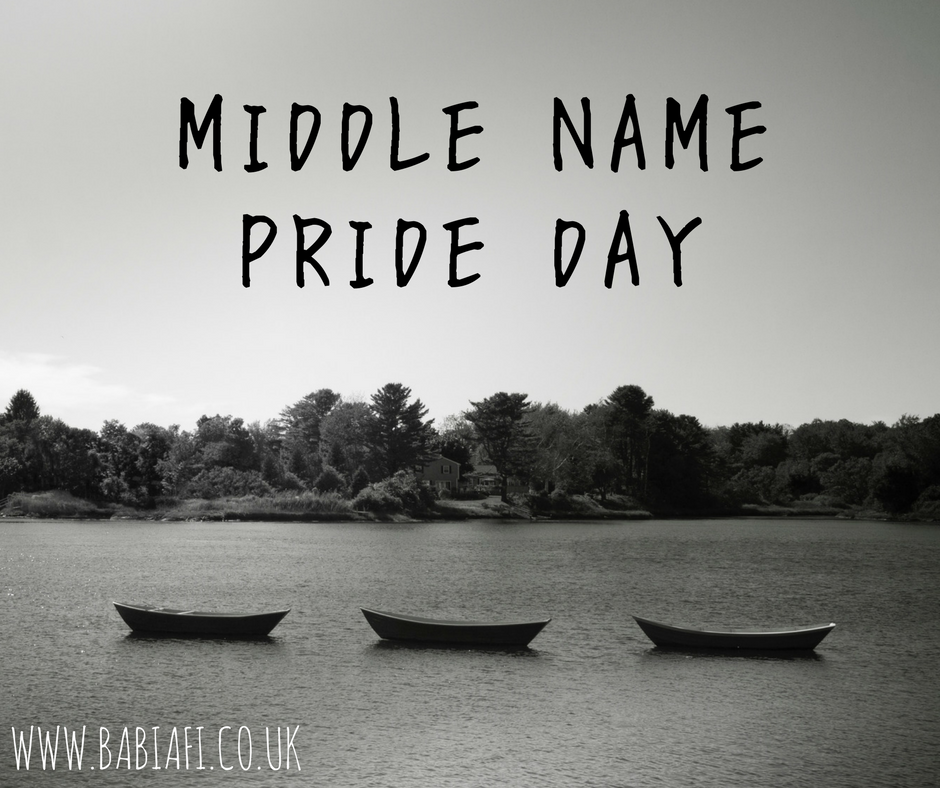 The first full week of March is Celebrate Your Name Week, thanks to American onomatology hobbyist Jerry Hill. Sadly, his website - Jerry Hill Presents Names - is now lost to the mists of time, but the legacy of his 1997 brainchild lives on, encouraging netizens all across the globe to think about names and their history.

Today, the Friday of Celebrate Your Name Week, is Middle Name Pride Day.

Middle names are kind of a double edged sword for the family historian. On the one hand they help to narrow down an individual in the records, especially if the given name or surname - or both - are common. But, on the other, it opens up lots of potential for confusion. Working class Wales, like Ireland, tended to use a restricted pool of given names based on family tradition and religious allegiance, and it was practically the norm in a lot of areas in the south for people to go by their middle name.

At least, within their own family circles.

What this means is that the same person can be added to a public family tree up to three or four times, thanks to confusion over their given name and sketchy memories of their exact birth year. My maternal grandparents' families, both originating from Ireland in the 19th century, are particularly bad for this. Even my granddad and his siblings all used their middle names. He was christened William Alfred John but used John with family and Bill at work.

Cue lots of cross purpose conversations over the years!

I sometimes use my own middle name, Claire, as a pen name, but that's about as far as it goes. With Marianna we went back to conventional naming patterns, and gave her my nan's name, Iris, as a middle name - just the same as my cousin did with her little girl who's a couple of years older than Marianna.

Do you have a middle name?

For more on names, check out my post on Unique Names Day.