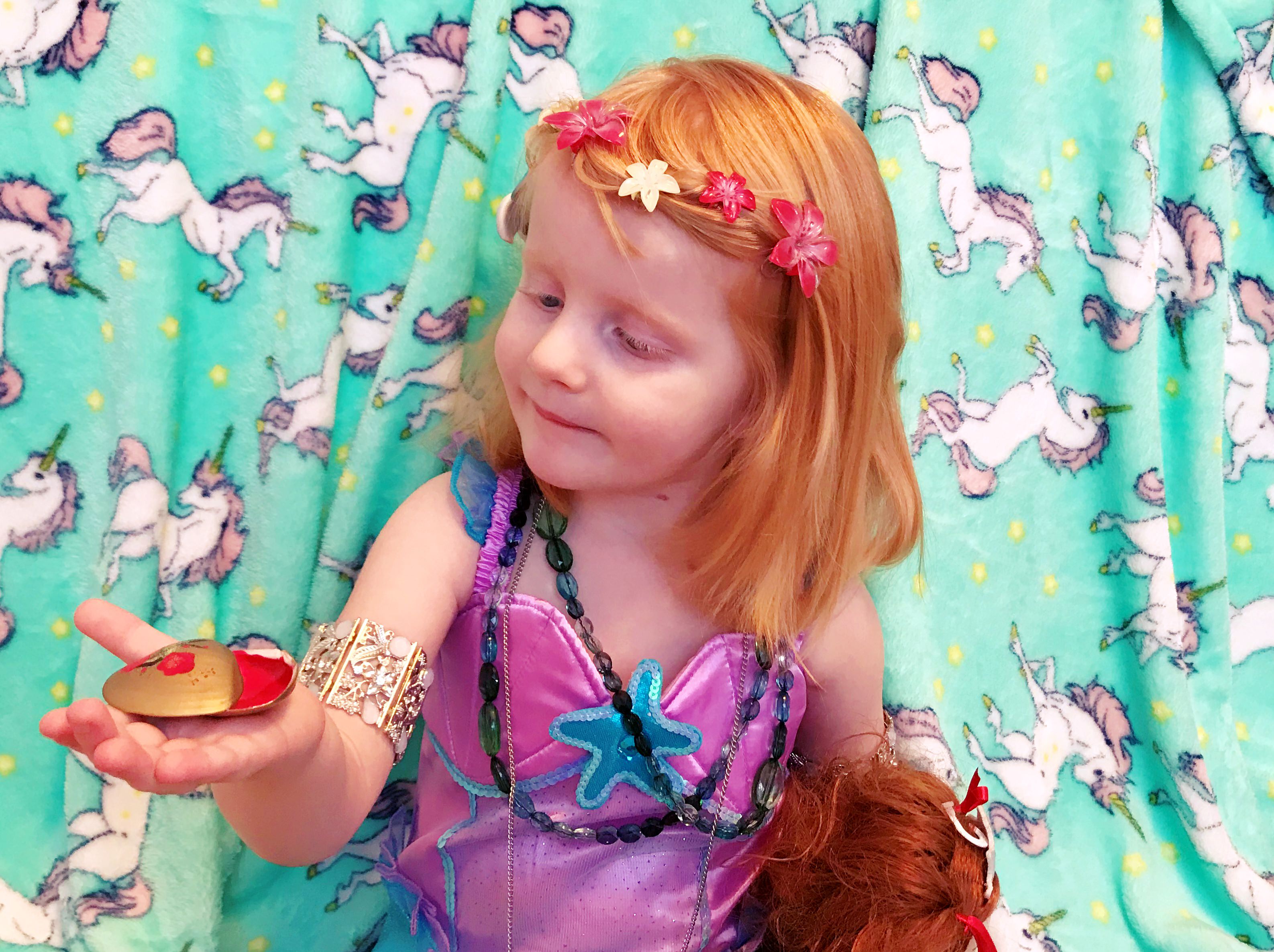 Today we have been playing mermaids with the help of Vegaoo kids fancy dress. Marianna is obsessed with mermaids at the moment because my mum had to go and introduce her to Disney's Princess Ariel. I mean, we've read her the Hans Christian Andersen version, but somehow the tale of how love at first sight results in misery and suffering for you and your kin holds less appeal... So, Disney lore it is! 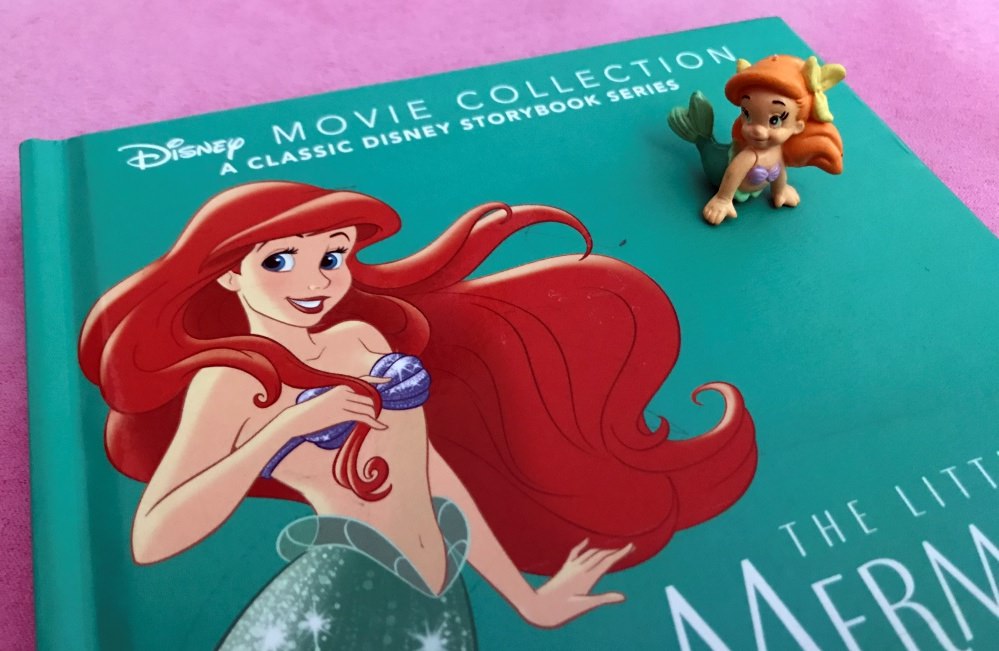 Disney began getting in on the mermaid act in 1953 when Peter Pan was released - the mischievous mermaids who only want to drown Wendy a little bit were my favourite thing about the film when I was a kid. In 1959 they built the lagoon at Disneyland and paid eight young women $45 a week each to sit on a rock combing their long tresses, and avoid getting tangled in the submarine voyage ride as they waved to those on board.

Health and safety wasn't a big concern in those days!

By the time The Little Mermaid hit cinema screens in 1989 Disney's live action mermaids were more likely to be in the air than the water, like the aerial acrobatic show at Tokyo DisneySea. 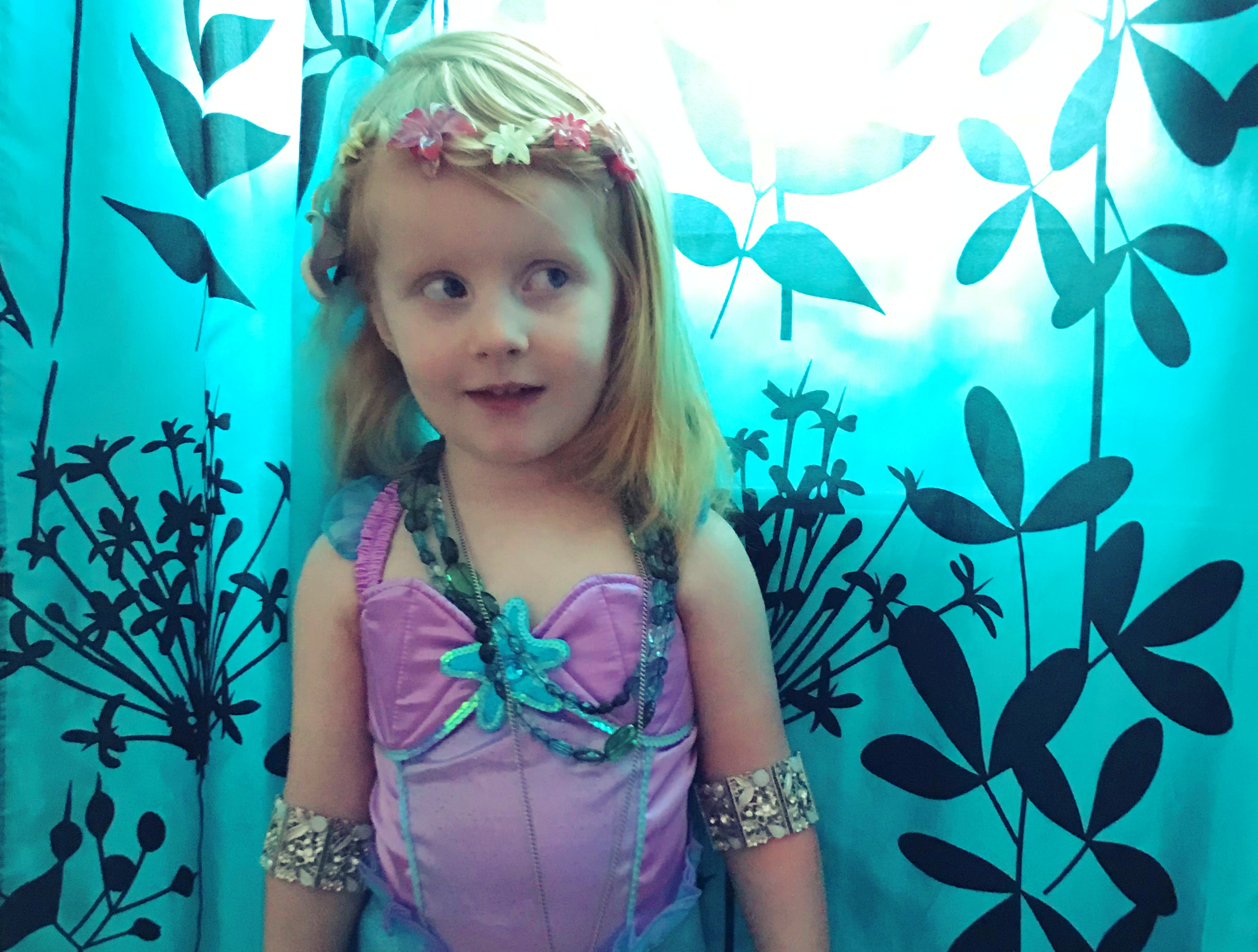 Closer to home, Wales has its own mermaid mythology. In 1826 a group of people saw a mermaid in Llanychaiarn, near Aberystwyth, with short hair and a penchant for sneezing. ('She often made some noise like sneezing, which caused the rock to echo.') Earlier still, Thomas Reynold, a yeoman from Pendine (Carmarthenshire), supposedly saw a mermaid off the coast in 1603, while a farmer in Pembroke claimed to have seen a rather ugly looking mermaid with a tail like a 'conger eel' in the 1780s.

'Its tail in deep water was straight downwards, but in shallow water it would turn it on one side. The tail was continually moving in a circular manner. The form of its body and arms was entirely human, but its arms and hands seemed rather short and thick in proportion to its body. The form of the head, and all the features of the face, were human also; but the nose rose high between its eyes, was pretty long, and seemed to terminate very sharp. Its head was white like its body, without hair; out from its forehead there arose a brownish substance of three or four fingers breadth, which turned up over its head, and went down over its back, and reached quite into the water. This substance did not at all resemble hair, but was thin, flat, and compact, not much unlike a ribbon.'

Then, of course, there is Gwenhidwy - the shepherdess of the waves. Some old Welsh folklore has it that the white foam of the waves of the sea are Gwenhidwy's flock of sheep, with every ninth being a ram. Supposedly when she drives them hard ashore men should take it as a warning and go seek shelter. 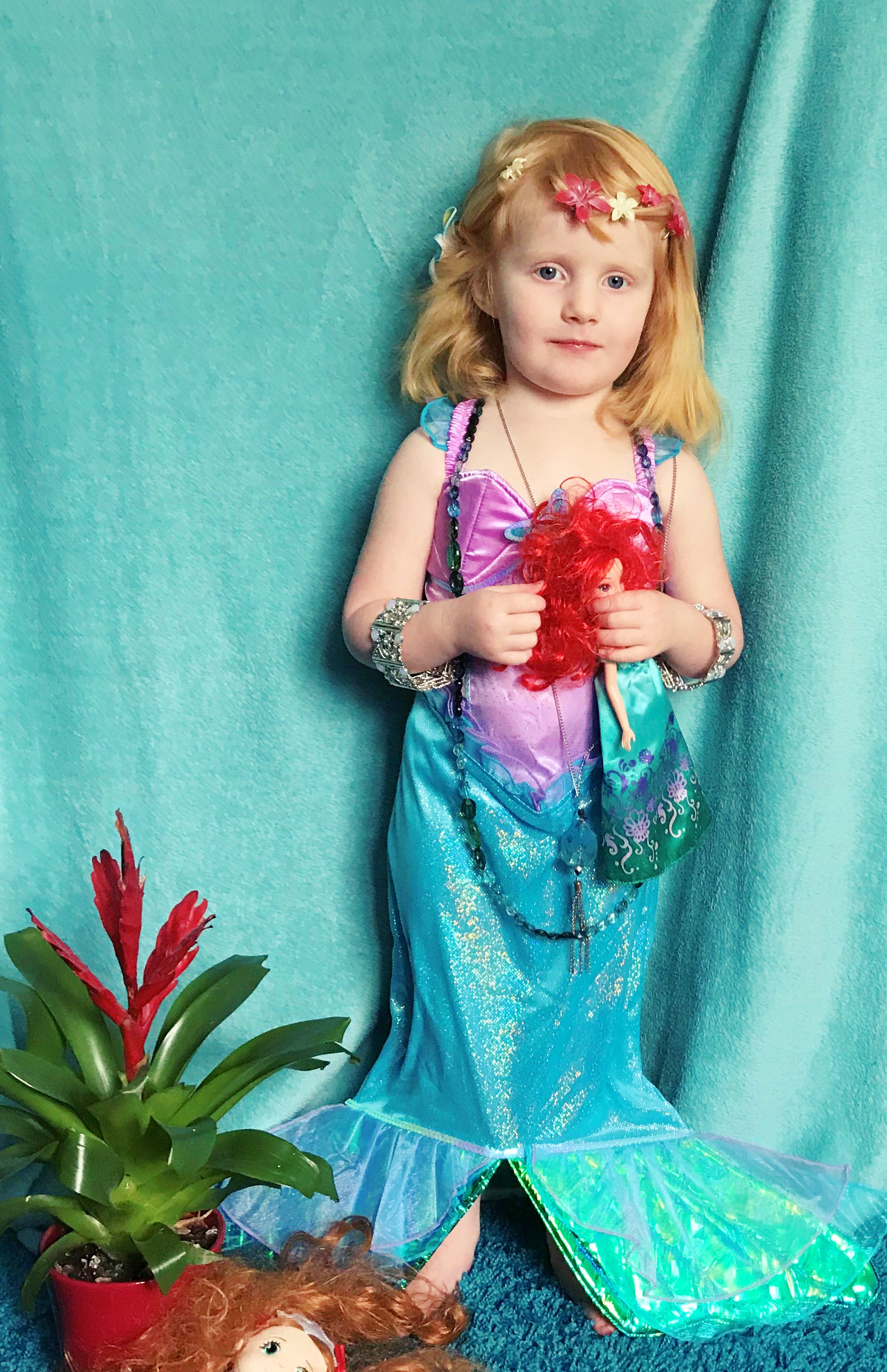 With these illustrious antecedents - that Pembroke example aside! - we had to find Marianna a suitably fabulous mermaid fancy dress for her dressing up box. The dress alone wasn't enough though, obviously. There needed to be mermaid jewels (i.e. my jewelry box) and mermaid hair clips (i.e. my hair dressing stash). Thankfully we avoided mermaid make-up, at least beyond a tiny bit of lip tint from the little kyobeni seashell in the first pic.

Once it was all on Marianna was in her element, and even had a go at teaching her mermaid friends how to swim... 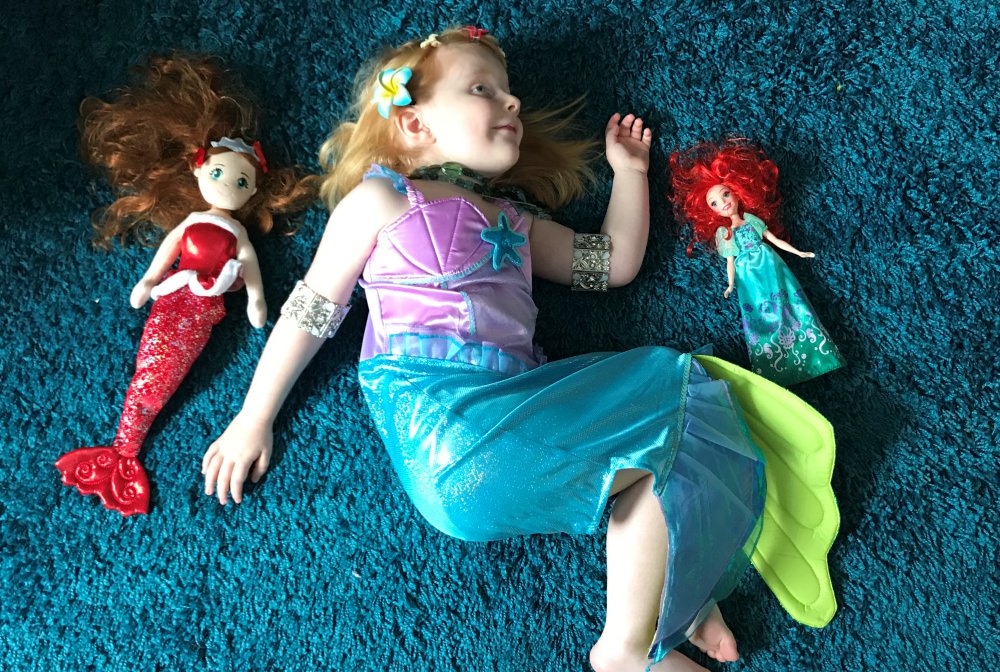