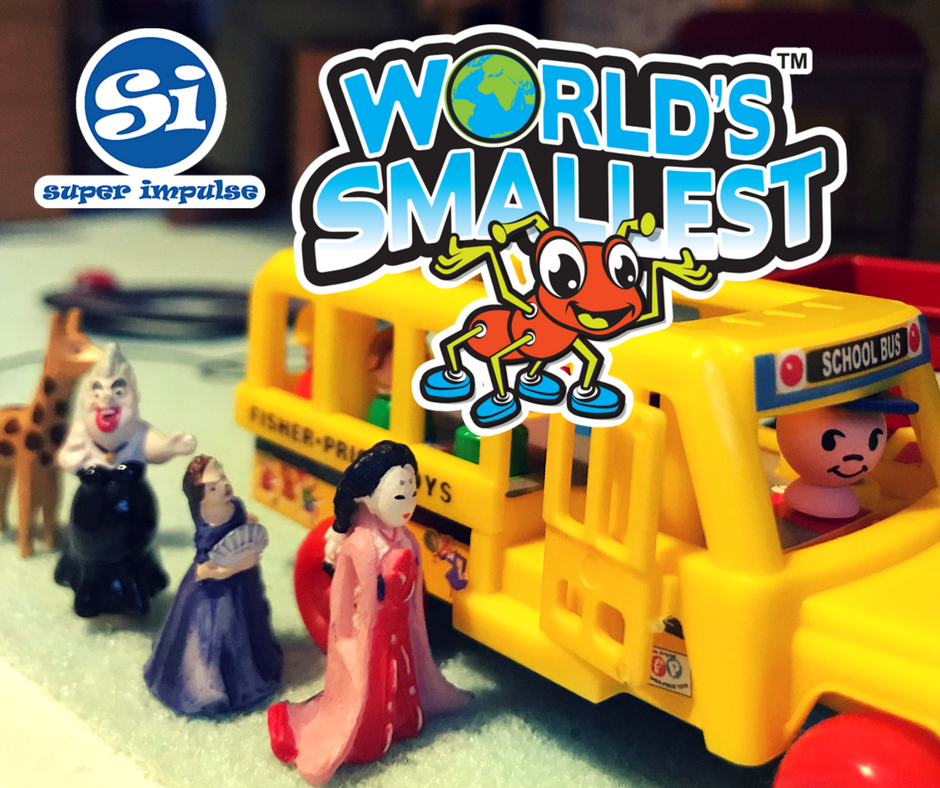 Under a range of sub-brands, Super Impulse produce licensed toys including a fantastic selection of miniature retro toys designed to appeal to kids and big kids alike.

Beginning in 2015, this sub-brand's strapline - 'More of the world’s BIGGEST and most CLASSIC toys are back in their smallest sizes ever!' - was always guaranteed to hook me in. The only thing I like more than retro nostalgia is miniature retro nostalgia. :D While it's usually debatable and often demonstrably untrue that these are the world's smallest versions of these toys, or even the world's smallest mass produced versions, they are very cool and tend to sell for less than £10 a time which, in the world of miniatures, is very welcome! 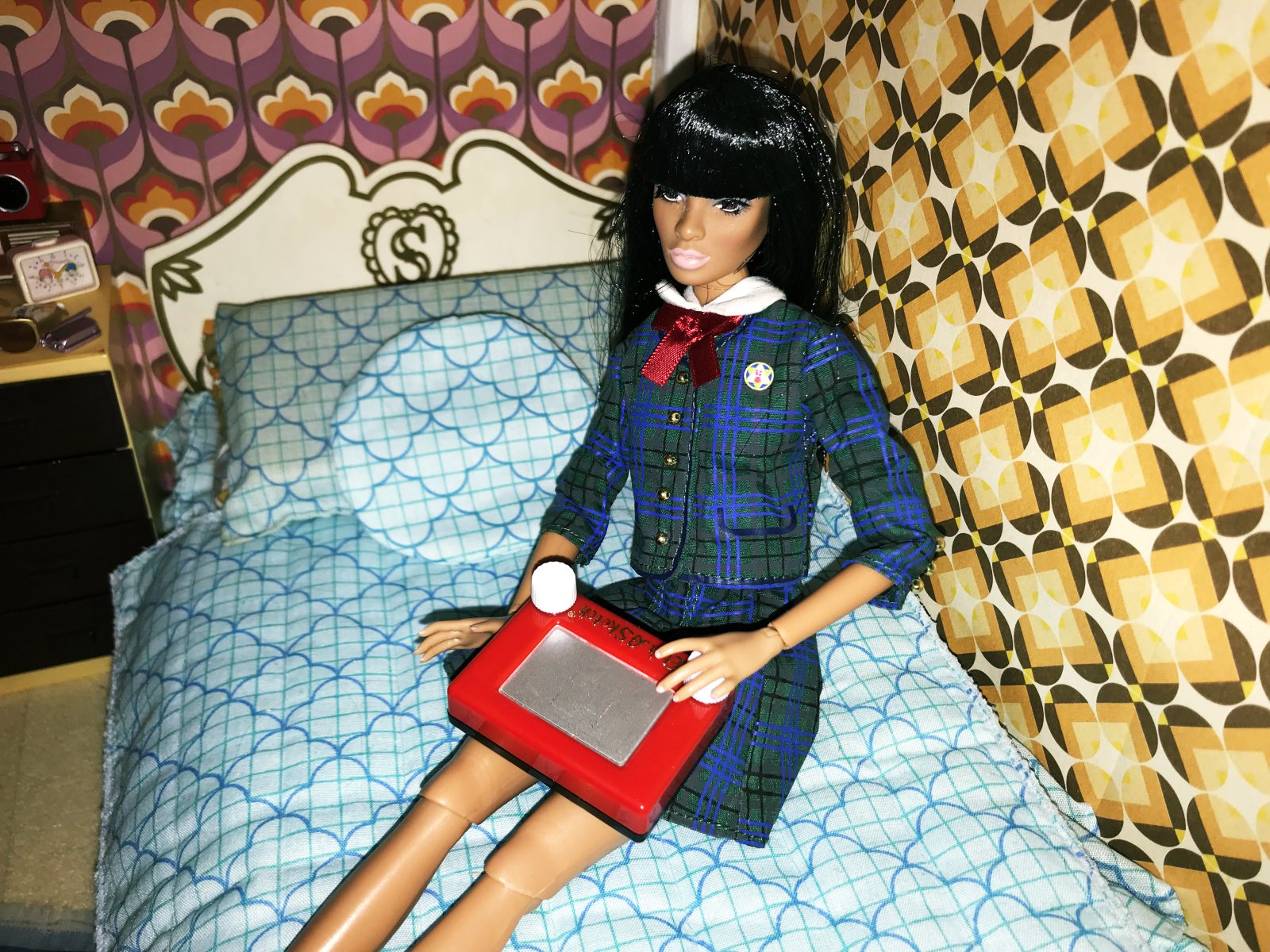 I was really pleased to see an Etch a Sketch in the range as I've never managed to find one of the Basic Fun keychains at a reasonable price. Many of the items in the World's Smallest range were produced in miniature a few years ago by Basic Fun and / or Fun4All.

Some items in the range will only work for at least 1/4 scale and bigger: Doodletop, Duncan Imperial Yo-Yo (available in three colours), Gumby, Kendama, Little Green Army Men, Perplexus Puzzle Ball, Pez (Pal and Peter available), Pez Emoji, Pound Puppies (five types available), Rock 'Em Sock 'Em Robots, Rubik's Cube, Silly Putty, Sock Monkey, Stretch Armstrong, and Top Trumps. Then there are the products you can use in 1/6 scale - some may work as oversized versions rather than being strictly to scale. E.g. the Care Bears (four to collect) would work as big soft toys to sit at the end of a bed. 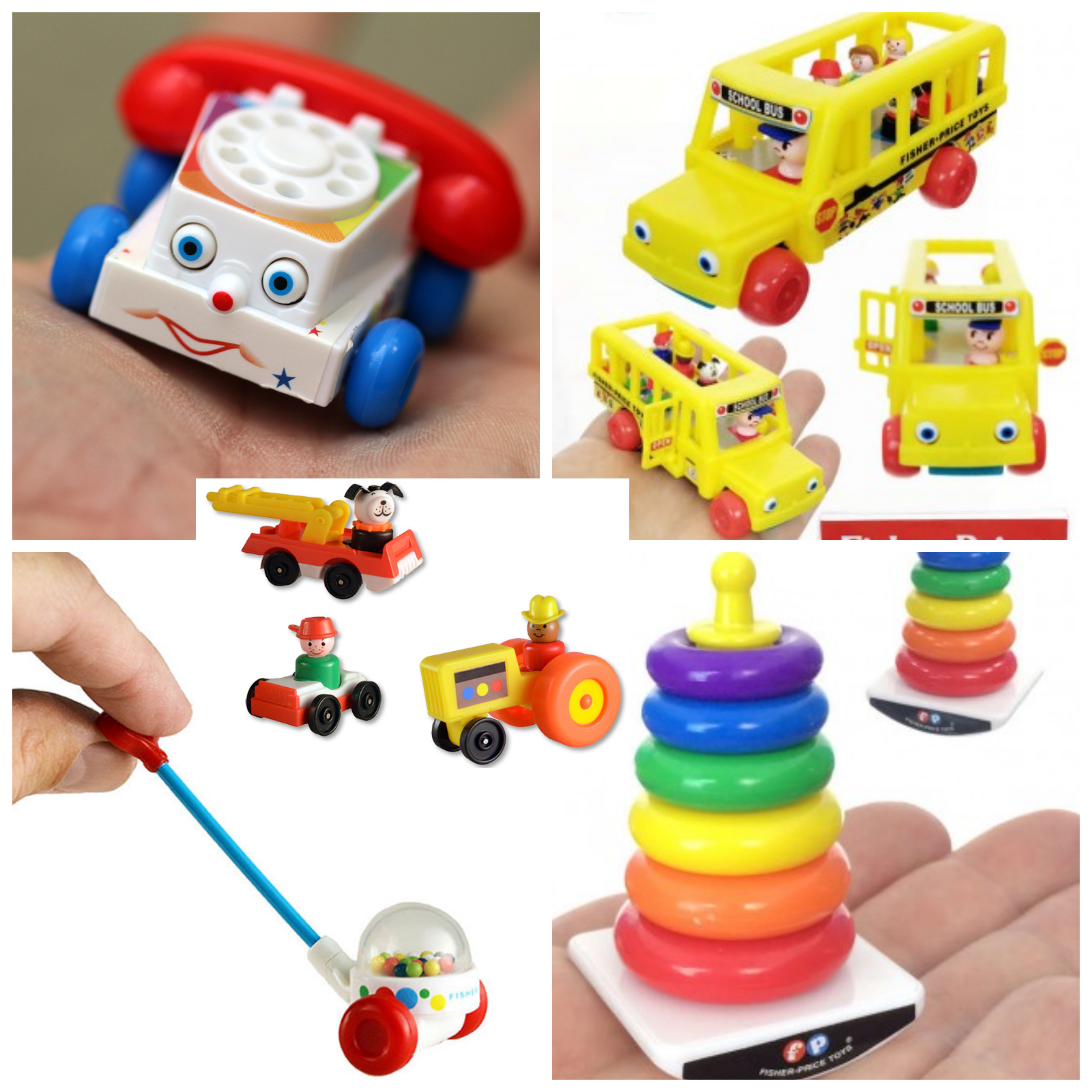 First up, miniature Fisher Price! FP did their own official miniature keychains a while back but they tend to be expensive now, so I was psyched to see these released. I bought the Little People School Bus which is 3.5" long, and is fine as a big toy in a 1/6 scale setting. I think the Chatter Phone is a tad smaller than the FP miniature, so I might end up getting that too. I'm also interested in the new vehicle assortment (center pic), but I've not seen any word on specific sizing for them yet. 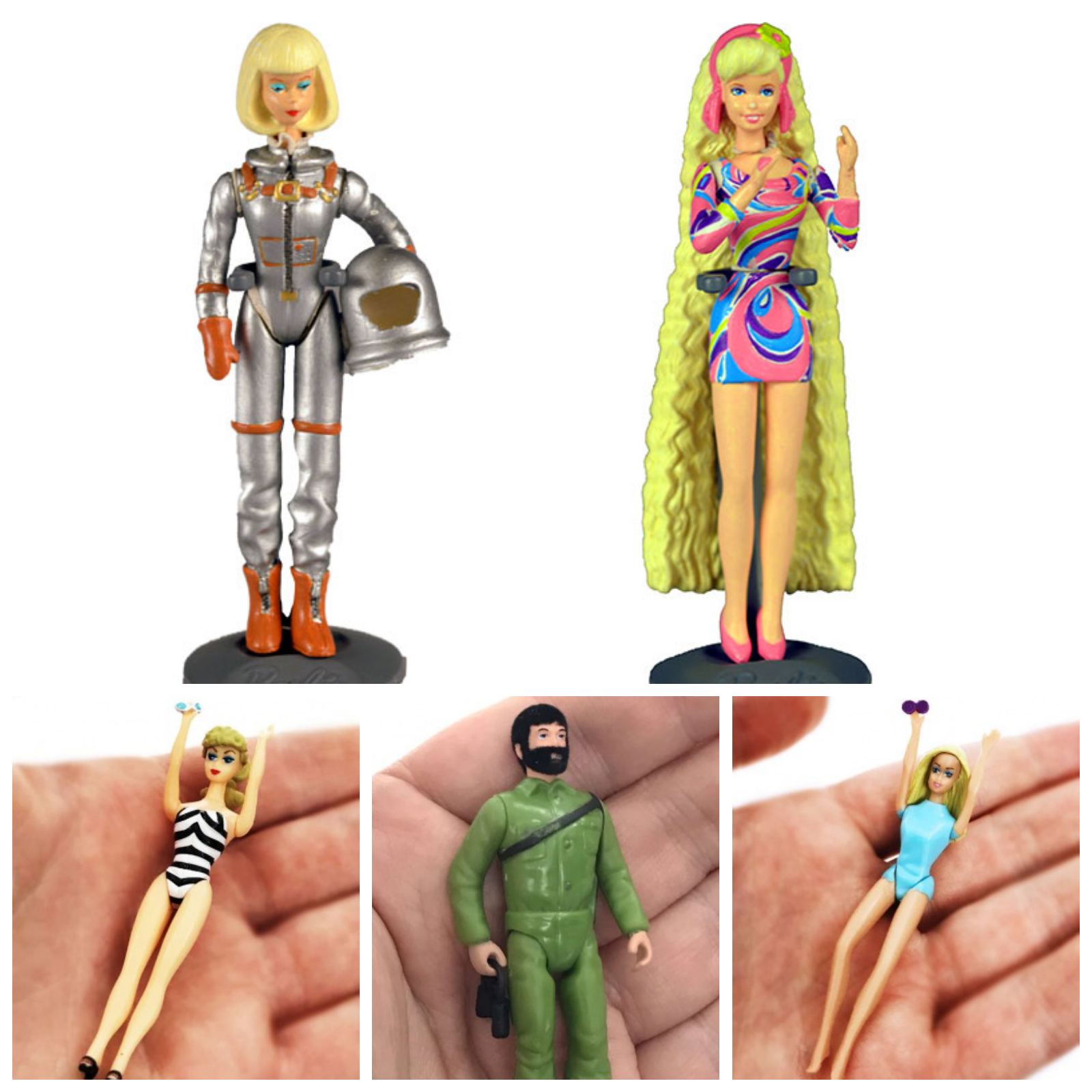 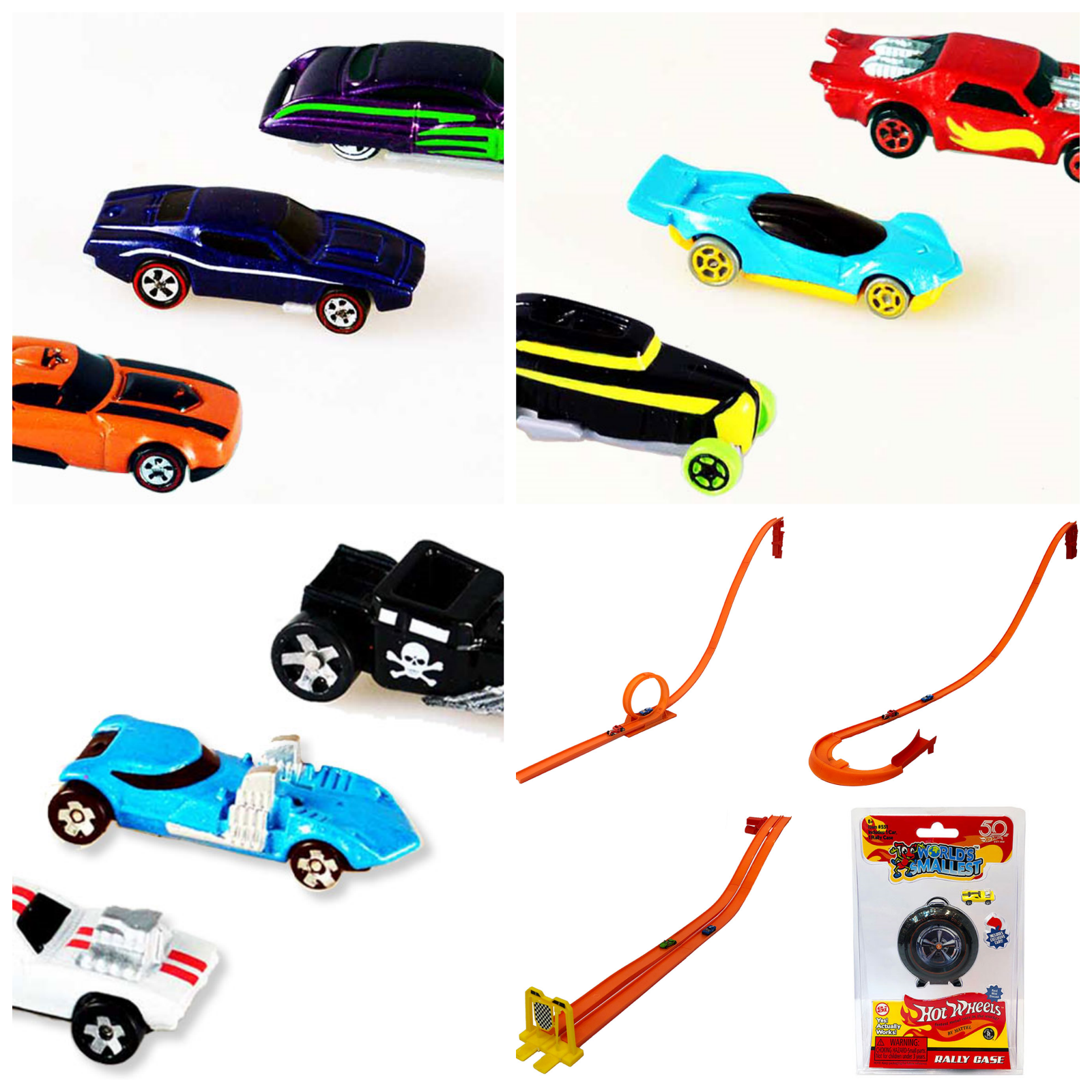 These are still miniatures but, presumably, harder to claim to be the smallest on the market. They are very cool though and, again, affordably priced. The range includes items which are way too big to be used in a scale setting - Madballs Keychain (5 characters available) and Beyblades (3 colours available) - as well as items which would work well in bigger scales, like BJD dolls, for instance.

There are three playable miniature Mattel Electronic Handhelds - Football (1977), Baseball (1978), and Basketball (1978) - which are 2.75" inches high, and a very cool looking miniature polaroid camera which is 2.5" wide and 1.5" high. Then there are four Thomas the Tank Engine (Thomas, James, Percy and, er, another whose name I forget) keychains which come with 3.5" lengths of track that slot together. 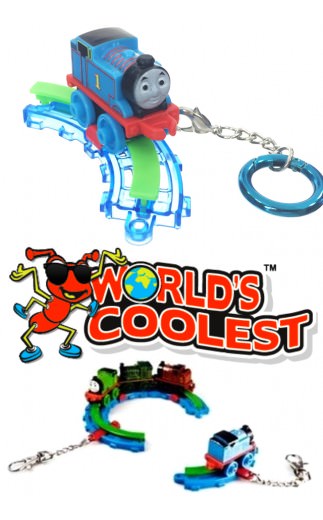 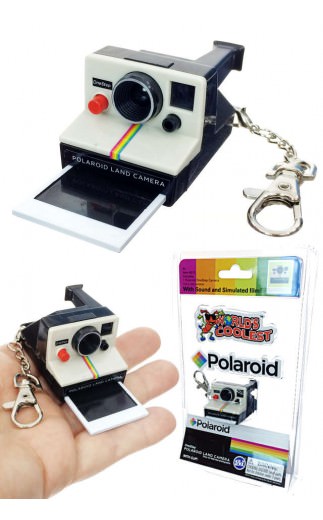 Of most interest to me however was the mini turntable - 1.75" wide by 0.75" tall. When you move the arm the record really spins and it makes a sound like a real turntable! The record is removable too so you can make a bunch of little records with custom labels, etc. Here's mine in a 1/12 scale setting with a Figma knock-off / Pippa hybrid: 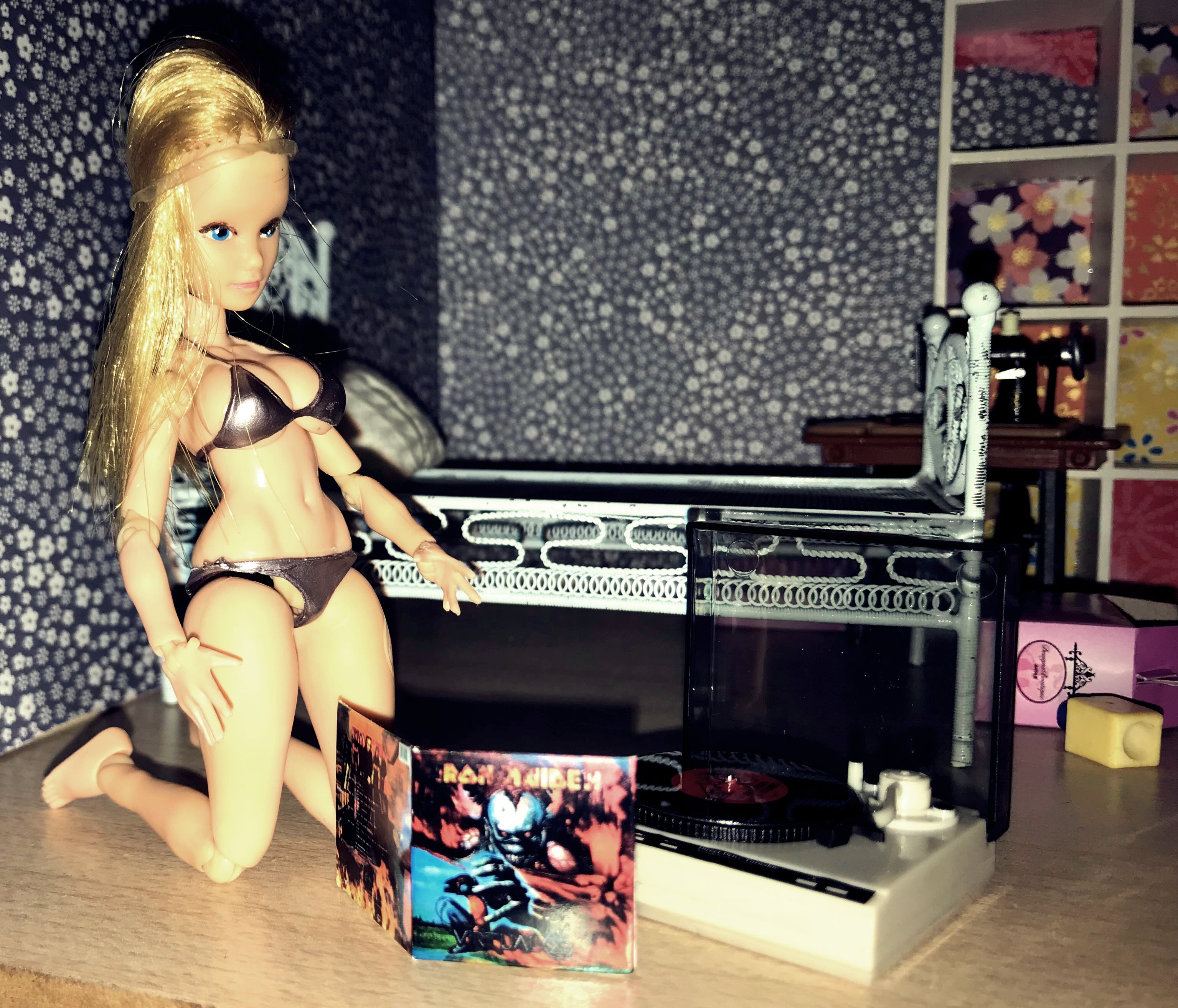 An off shoot of the World's Smallest brand, these tiny keyring arcade machines are really playable - providing you insert 3 AAA batteries! They're 4" high and 2"wide / deep, making them good for 1/12 scale and smaller. Retailing at around $20 each, there are currently four versions available: Glaxian, Ms. Pac-Man, Pac-Man, and Space Invaders. 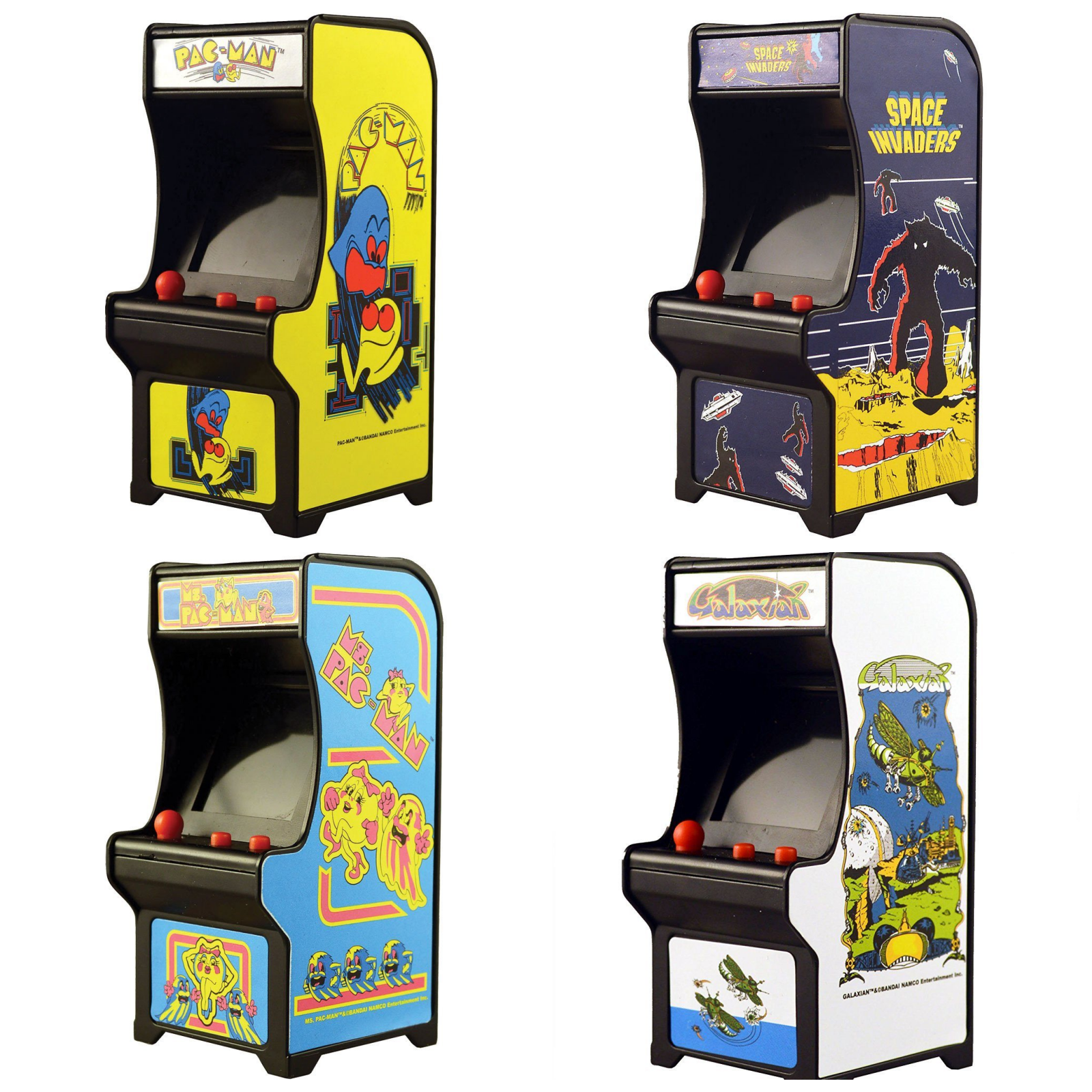 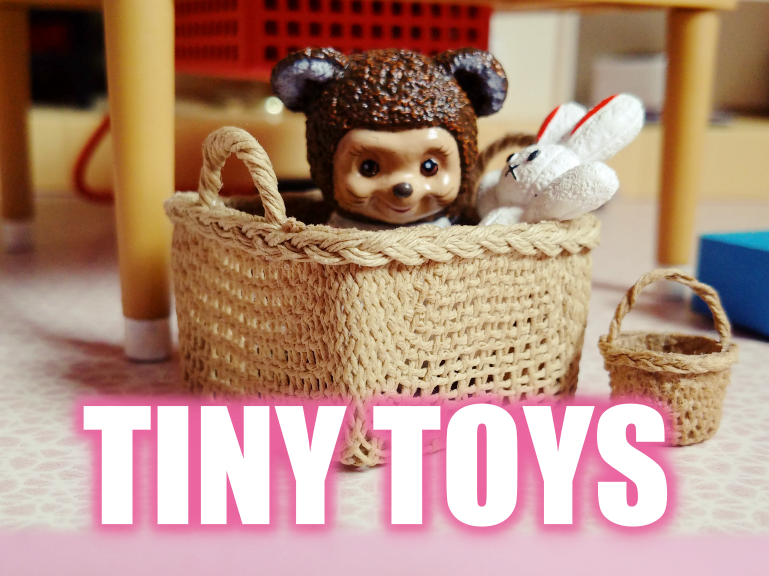