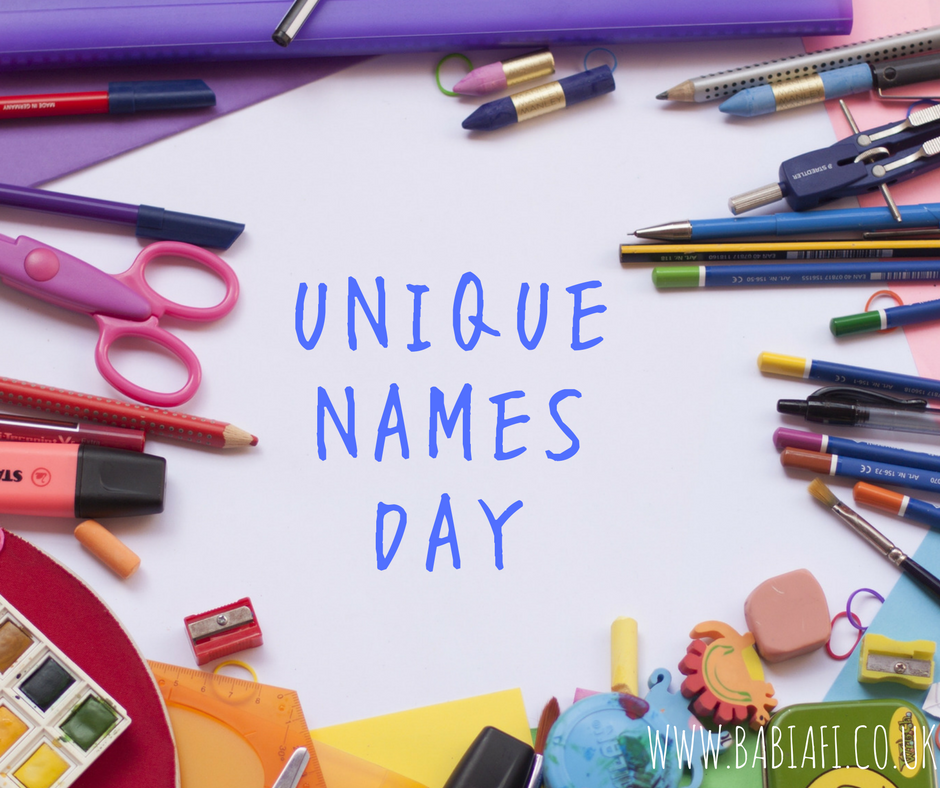 Today is Unique Names Day, the day to celebrate the weirdest and most wonderful names out there. Established in 1997 by American onomatology hobbyist Jerry Hill, the day is celebrated every year on the Tuesday of Celebrate Your Name Week - the first full week of March.

Growing up I always wished I had a more unique name as my year group at school seemed full of Jessicas. My mum had decided on the name as a schoolkid herself in the early 1980s, but by the time I was born in '88 it was one of the most popular girls' names in the western world. According to howmanyofme.com Jessica is the 61st most common first name in the USA!

So, when I was thinking of what to name my own daughter I was actively searching for something that was a little more unusual. (Although the boys names I picked out - Christopher or Robin, but not both together! - were solidly traditional.) In the end I decided on Marianne, based on my love of Jane Austen. I thought it would be extra pretty if the last vowel was pronounced, ann-uh, but knew it would never happen with that spelling.

Marianna was the result.

uknames.gbgplc.com, the British version of How Many of Me?, claims that the numbers are too low to give any stats abut Marianna's name, making it one of the most unique in the UK. By comparison, the website says that 77% of adults in the UK have a more unique name than me. In the US 11,439 people - or thereabouts - are named Marianna, making it the 1798th most popular first name.

I call that mission accomplished!

How unique is your name?

For more on names, check out my post on Middle Name Pride Day.