Today is World Parkinson's Day - an awareness day aiming to change attitudes, increase understanding, and raise money to help fund research into a cure. Yesterday we went along to an Awareness Week event with the Torfaen Parkinson's Support Group at the Log Cabin in Penygarn. 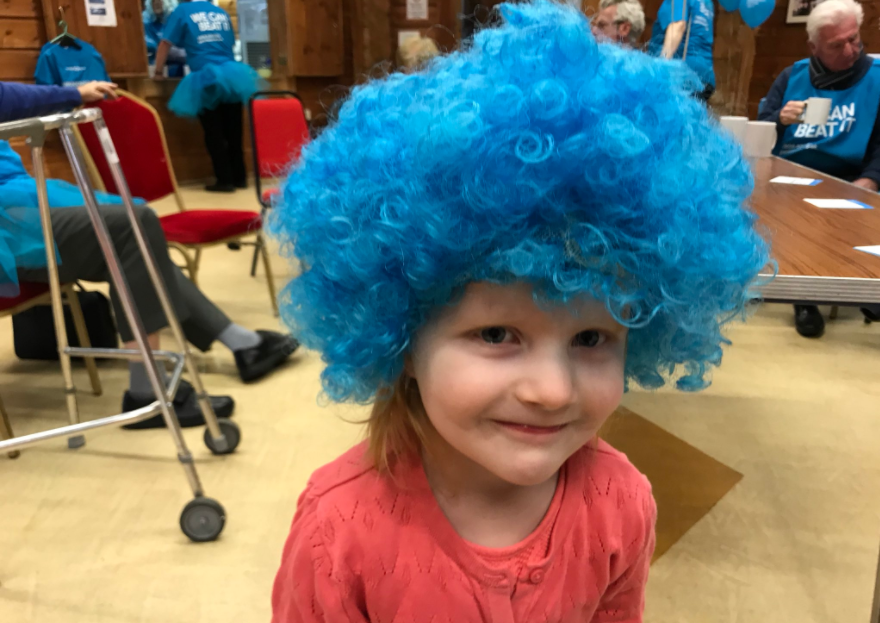 After posing for photos for the Free Press we took part in an hour long light exercise class which was brilliant fun and really got everybody involved, regardless of their physical limitations. Marianna had a great time - made even better when she was given a slice of a gorgeous blue and white Awarness Day cake and a balloon to take home.

I've been to a few Parkinson's fundraising events in my year as Mayor and I've learned so much about this condition. I had heard of it before, of course, but I didn't really understand what it was or how it affected people.

Parkinson's UK describes PD (Parkinson's disease) as 'a progressive neurological condition. This means that it causes problems in the brain and gets worse over time. People with Parkinson's don't have enough of the chemical dopamine because some of the nerve cells that make it have died. We don't yet know exactly why people get Parkinson's, but researchers think it's a combination of genetic and environmental factors that cause the dopamine-producing nerve cells to die.'

The most obvious symptoms in the early stages are shaking, rigidity, slowness of movement, and difficulty with walking. As the condition progresses sufferers may experience thinking and behavioural problems, dementia, and sensory, sleep, and emotional problems.

James Parkinson is the man who gave his name to the condition, after his 1817 treatise 'An Essay on the Shaking Palsy' established Parkinson's as a recognised medical condition. World Parkinson's Day is now held every April 11th - the day James Parkinson was born in 1755.

Parkinson's is most likely to affect people aged 50 and over, although people of any age can be affected. In 2016 a two-year-old was diagnosed with juvenile-onset Parkinson's. It is also more common in men than women. In the UK there are currently around 145,000 people diagnosed with Parkinson's - 1 adult in every 350 - with another 2 being diagnosed every hour.


How Is Parkinson's Treated?

There is currently no cure, but there are a range of treatments available designed to control the symptoms and maintain quality of life. These include medication to restore or mimic dopamine, deep brain stimulation (DBS) which uses electrodes to stimulate brain activity, and physical therapies such as speech and language, occupational, and physiotherapy.

☆ Find Out More: Check out www.parkinsons.org.uk for more information about Parkinson's.

☆ Get Involved: There are lots of fundraising campaigns throughout the year you can take part in, like the annual Walk for Parkinson's and other local events. E.g. We went to a lovely afternoon tea in aid of Parkinson's UK last year.


☆ Raise Awareness: And get the cause trending on social media! Share your stories and support with the hashtag #UniteForParkinsons.

☆ Donate: There will be lots of bucket collections and so on taking place today, but you can donate any day of the year. Find the details HERE.


For more awareness days and observances, check out my editorial calendars.