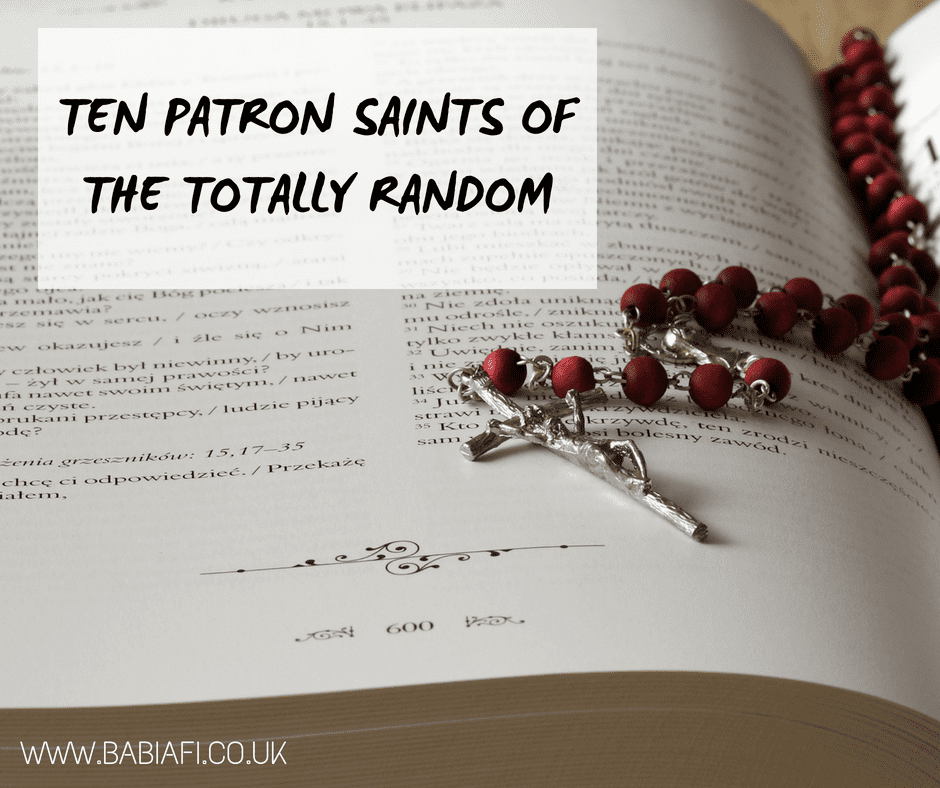 The Catholic church has a patron saint for just about everything. Here are ten of the more random causes! 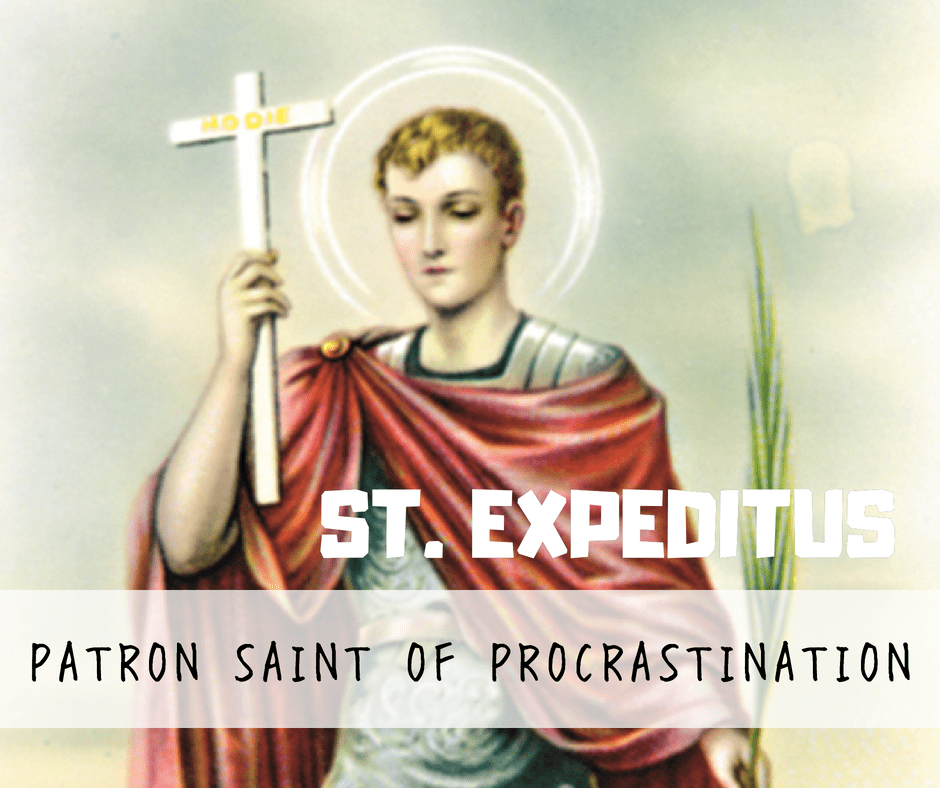 This is the patron saint I need! St. Expeditus, an Armenian born Roman centurion who was martyred for his conversion to Christianity in 303, is commemorated by the Roman Catholic church every April 19th.

He is the patron saint against procrastination, of emergencies, expeditious solutions, merchants, navigators, programmers, hackers, and revolutionaries. 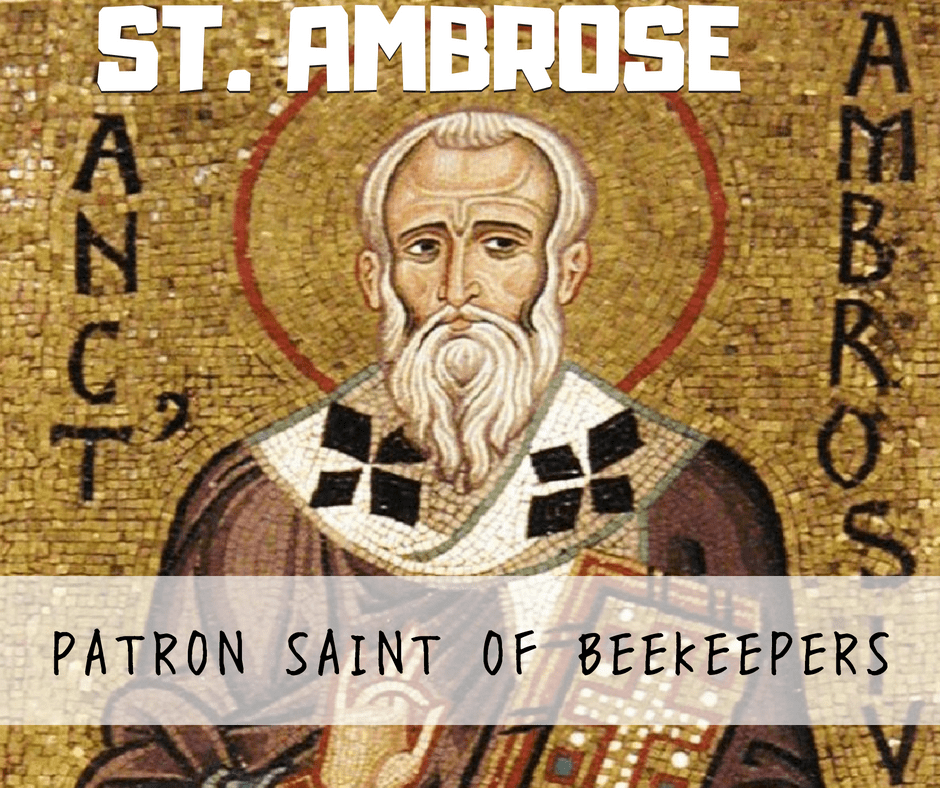 St. Ambrose was one of the four original Doctors of the Church and, so legend has it, as a baby a swarm of bees settled on his face while he lay in his cradle. Instead of stinging him to a My Girl style tragedy, they left a drop of honey behind on his unblemished skin. Ambrose's father saw this as a sign of his future eloquence and honeyed tongue - rightly so, as Ambrose grew to be a successful politician as Governor of Aemilia-Liguria before becoming Bishop of Milan.

Ambrose is considered the patron saint of beekeepers, beggars, learners and Milan, while his brother and sister were also canonized as St. Satyrus of Milan and St. Marcellina, respectively. 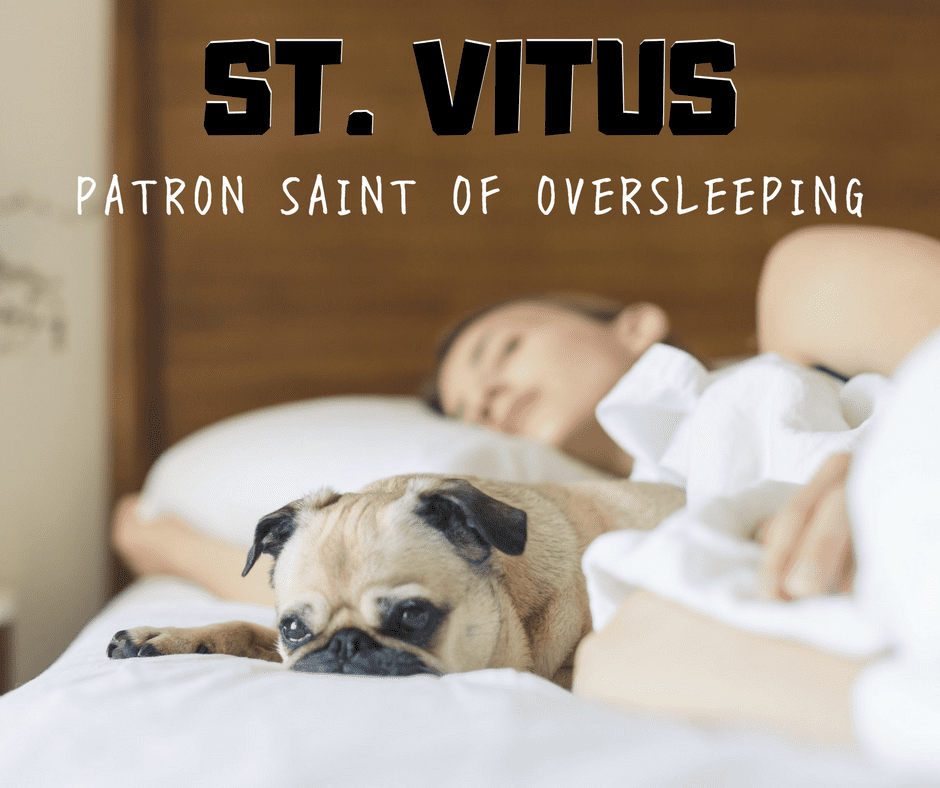 St. Vitus is said to have been a martyr for his faith in the days of Diocletian. His feast day is celebrated on June 15th in the western calendar, and he is considered the patron saint of actors, comedians, dancers, and epileptics. He also protects against lightning strike, animal attacks, and oversleeping, as well as being one of the Fourteen Martyrs who give aid in times of trouble.

He is specifically invoked against chorea - otherwise known as St. Vitus Dance thanks to the symptoms resembling the annual dance around his statues carried out on the continent. 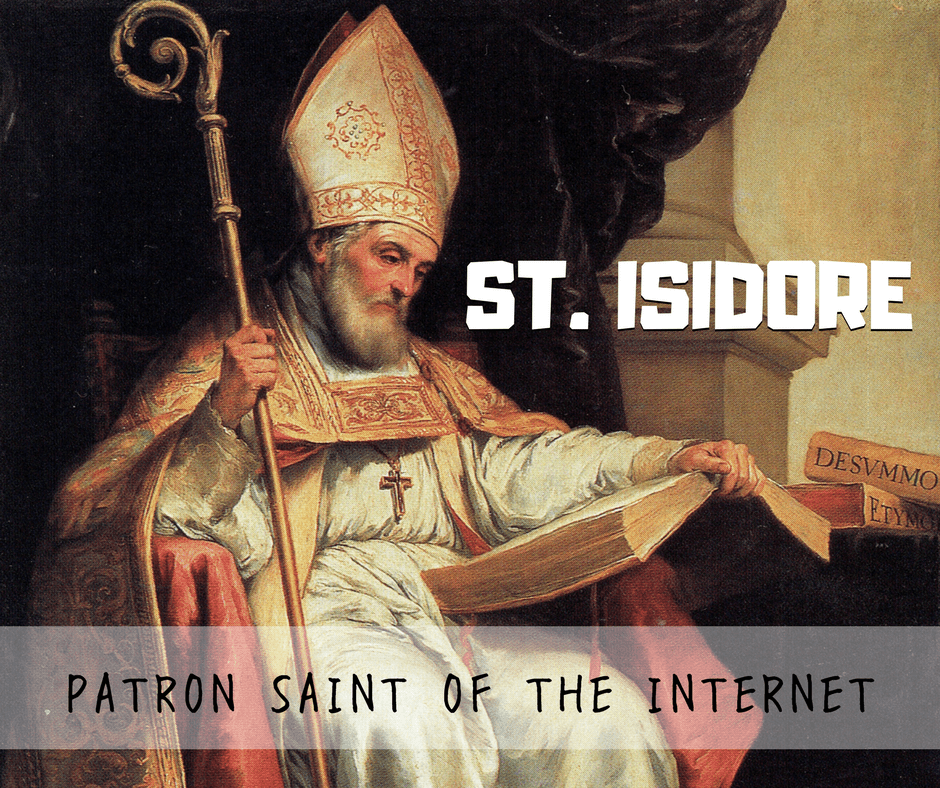 The last of the Fathers of the Church - the ancient Christian theologians - St. Isidore of Seville came from a holy family. All his siblings are saints too! His older brother, St. Leander, introduced the Nicene Creed at Mass, and his younger brother, St. Fulgentius of Cartagena, was the bishop of Ecija in Andalusia. His sister, St. Florentina, founded a convent in Ecija.

St. Isidore's big claim to fame, however, was his Etymologiae, an encyclopedia that preserved many texts of classical antiquity. It was this desire to collate and present knowledge which lead Pope John Paul II to declare him the patron saint of the internet in 1997. 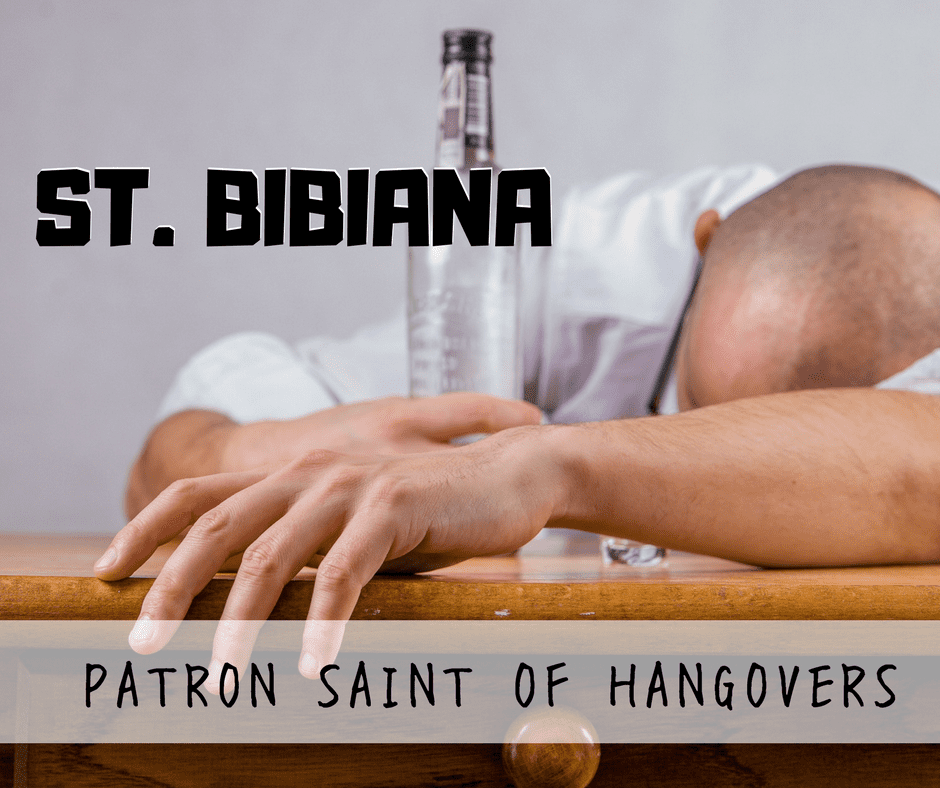 According to tradition, St. Bibiana lived in Rome where she was tortured to death in an attempt to make her renounce her faith. After death her body was left for wild animals who refused to touch it. After her burial 'mysterious and magical' healing herbs were said to grow around her grave.

Today she protects the faithful from hangovers which, while undoubtedly useful, is a somewhat bizarre postscript for a martyr. 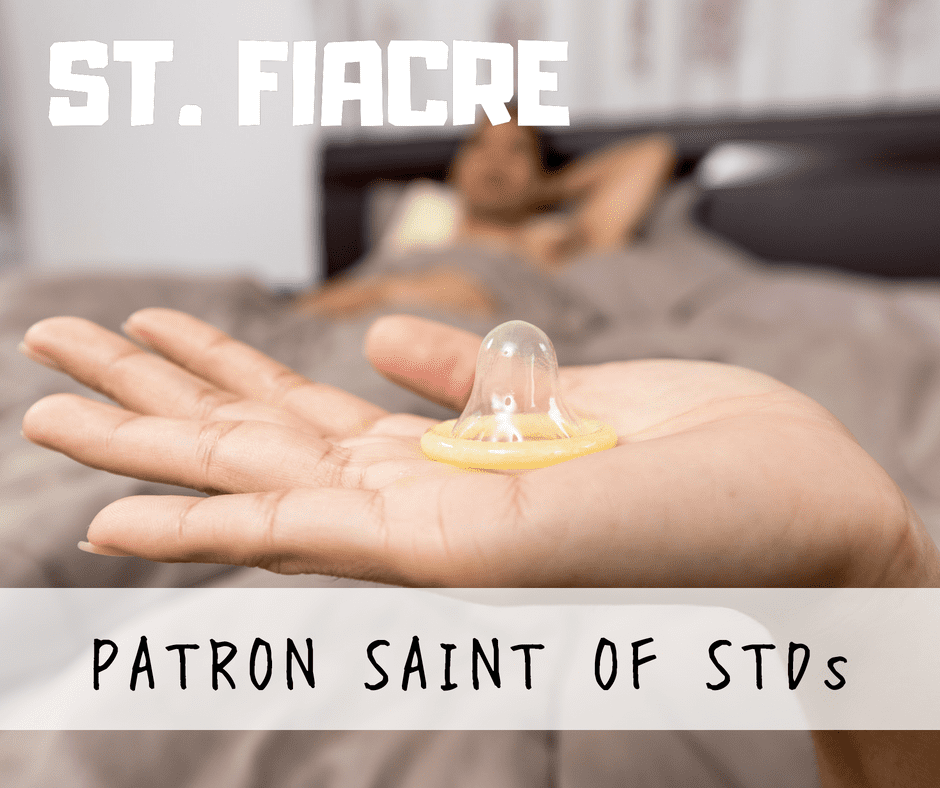 Given the Catholic Church's stance on safe sex, the faithful have had to look elsewhere for protection against sexually transmitted infections and diseases. St. Fiacre of Breuil, a seventh century Irish priest who became a hermit, is about as good it gets. A renowned healer and grower of herbs, Fiacre had a scare when a woman accused him of witchcraft on account of his miraculous abilities.

Thereafter Fiacre prohibited women from his hermitage, and it is this aversion which lead to him being called upon as the patron saint of STDs, particularly VD. He is also recognised as the patron saint of gardeners, taxi drivers, florists, box makers, hosiers, pewterers, tilemakers, the infertile, and those suffering with haemorrhoids - known to our medieval ancestors as 'Saint Fiacre's figs'. 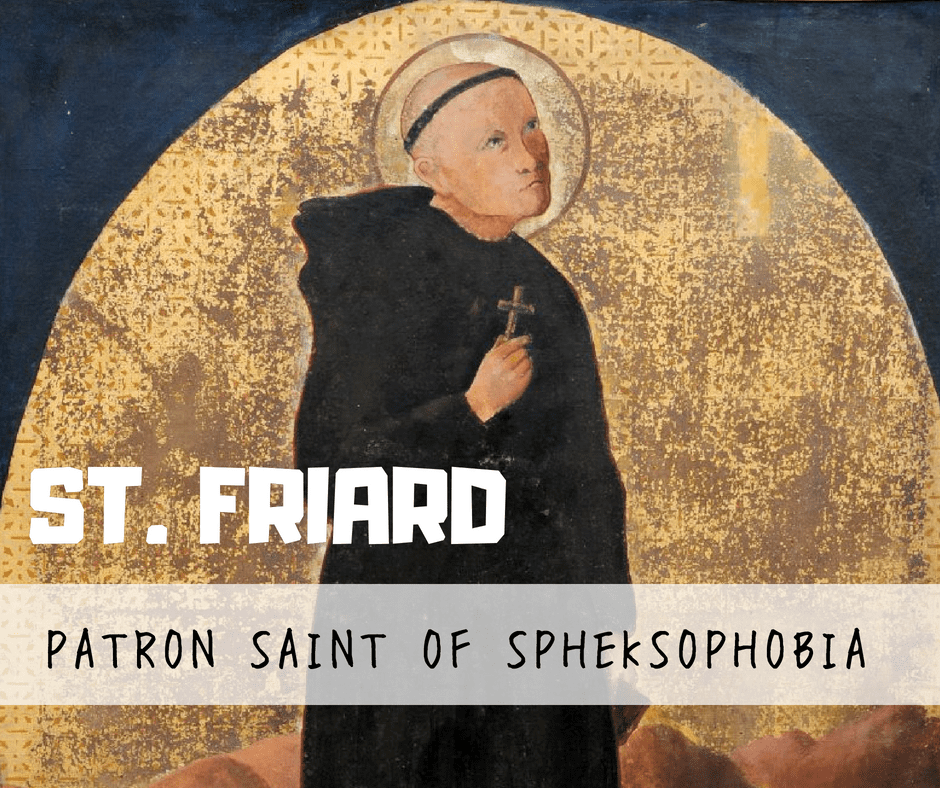 St. Friard was a hermit who lived on the island of Vindomitte in sixth century France. When a group of onlookers tormented him for his piety a swarm of wasps attacked them, only retreating when Friard prayed for them. Unsurprisingly Friard went on to become the patron saint of spheksophobia - the fear of wasps! 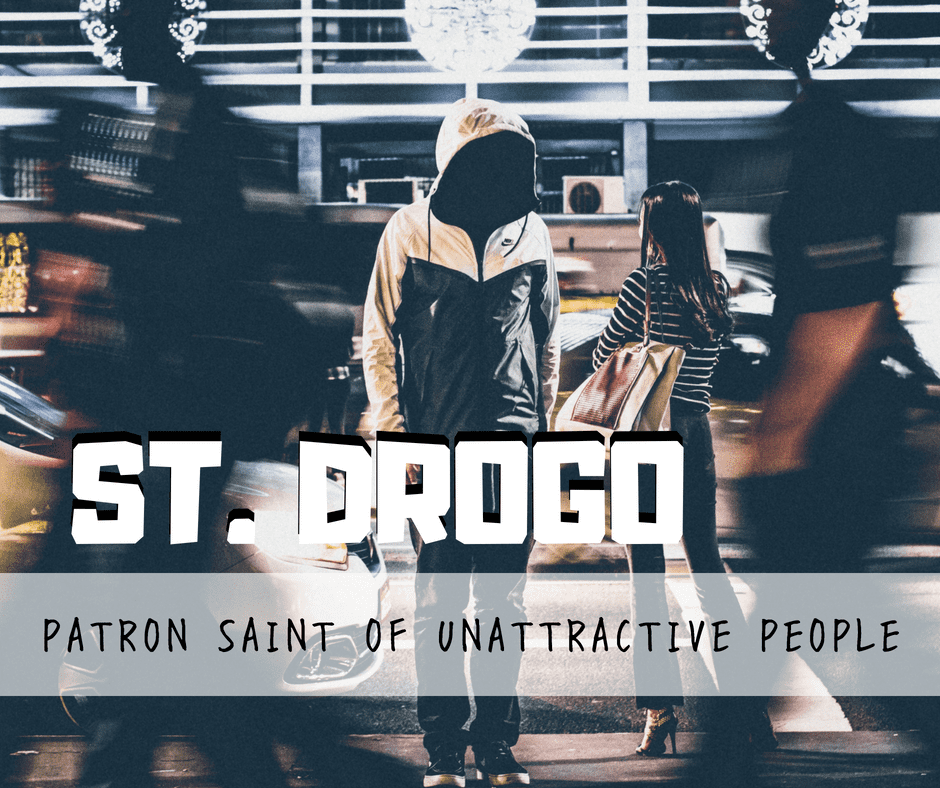 St. Drogo was born into Flemish nobility but chose a life of poverty as a penitential pilgrim. He was allegedly able to bilocate - be in two places at the same time - but even that couldn't help him when he was stricken with some unnamed affliction that left him so deformed he frightened the townspeople. As a result a cell was built for him attached to the local church where he lived for the next forty years, void of both food and human contact beyond the hand pushing barley, water, and the holy Eucharist through his small cell window... 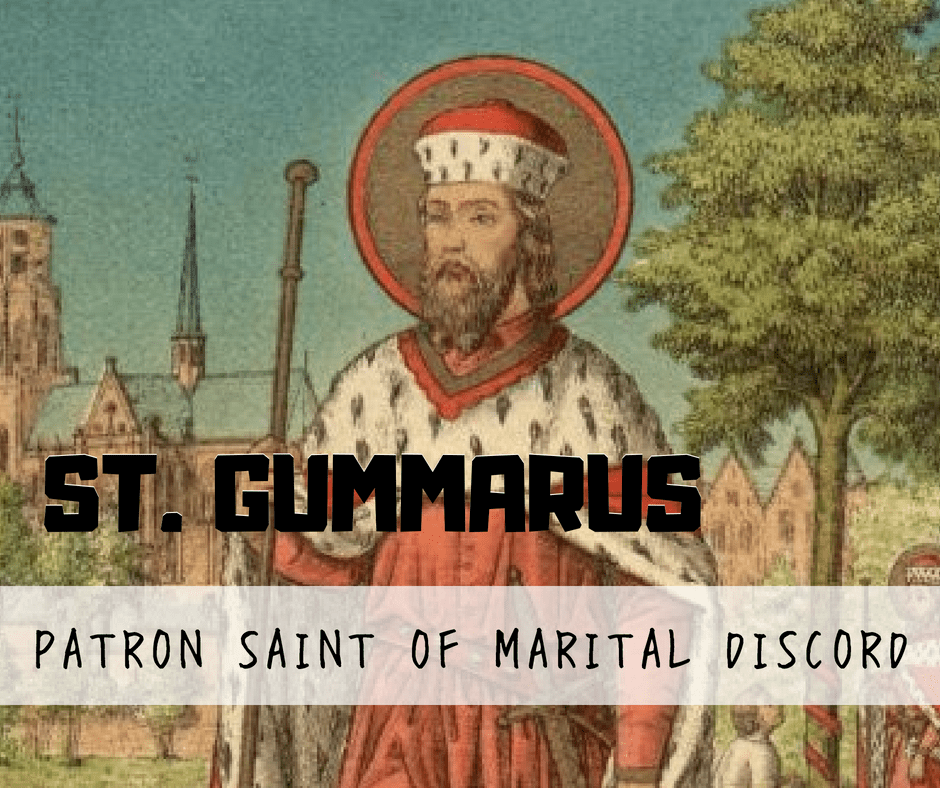 Born into a high ranking Belgian family in 717, the King arranged a marriage for him to Guinmarie, a haughty noblewoman who made his life and those of their household servants a misery. They eventually separated and he became a hermit until his death in 774.

Today he is venerated as the patron saint of childless people, courtiers, cowherds, difficult marriages glove makers, hernia sufferers, separated spouses, and woodcutters. He also has a beer named for him produced by the Cornelissen brewery - he probably could have done with a few pints of it himself! 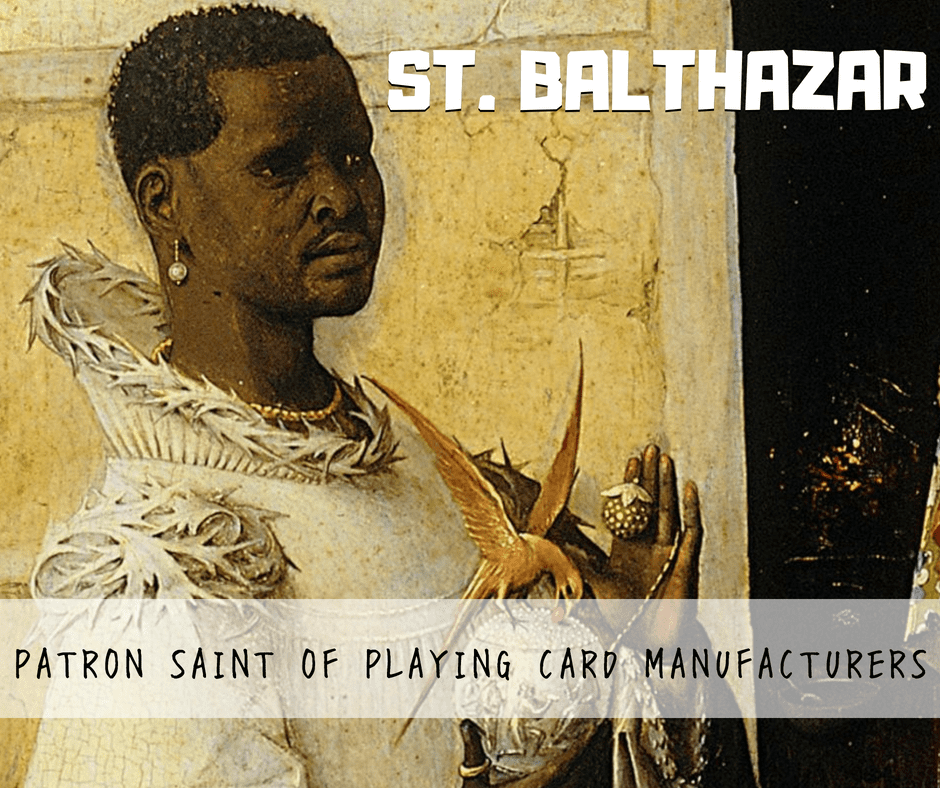 St. Balthazar was one of the three Magi who visited the baby Jesus; he was the one who brought the myrrh. Legend has it that he lived a full life - he died in January 55 AD aged 112, right in the middle of celebrating Mass.

Like many Catholic saints, Balthazar is a great multitasker. He is considered the patron saint of epilepsy, thunder, motorists, furriers, sawmen, sawyers, travelers, travelling salesmen, Saxony, Cologne, and playing card manufacturers - the latter is based on his tenuous link with Romani showmen as the King of Egypt (and, hence, 'gypsies').