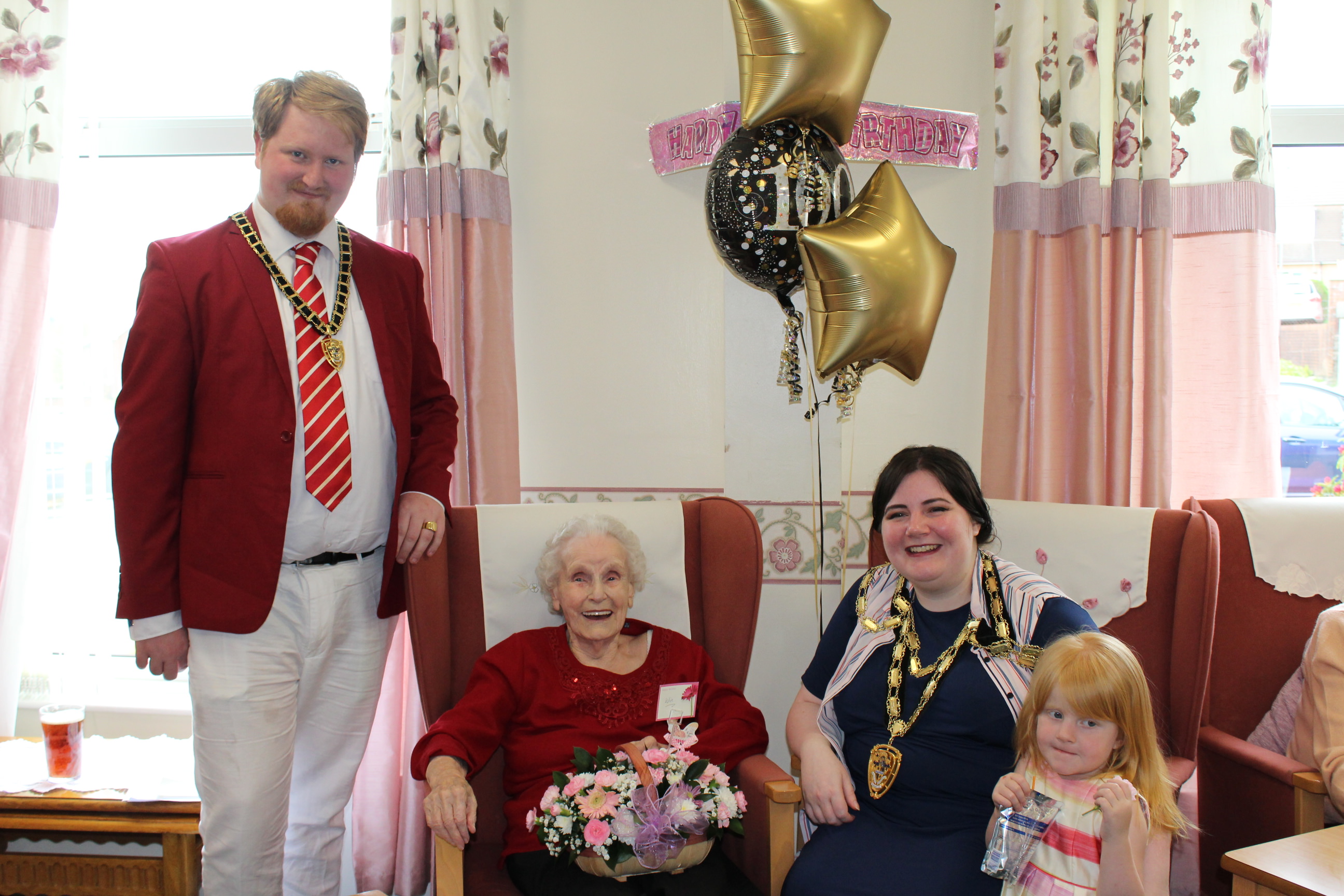 I had my last official outside engagement as Mayor this week - delivering a card and some flowers to Mrs Winifred Williams, who was celebrating her 100th birthday at Arthur Jenkins Care Home in Blaenavon.

It was a really lively party too, with lots of singing and dancing going on. Marianna must have spun around for three songs straight!

There was a really nice piece in the South Wales Argus about Win and her special day:

A Pontypool woman, who says she still only feels 25, is celebrating her 100th birthday. Winifred Williams is the matriarch to five generations of her family. Since she was born in 1918, she has lived through two World Wars, the Wall Street Crash, the assassination of John F Kennedy, and Neil Armstrong landing on the moon, as well as other historic dates. Commonly known as Win, there was a uniquely memorable moment for Mrs Williams as she turned 100 today.

"I was born in Pontnewynydd," she said. "My father was a miner. I had a brother and sister. I was 21 when I got married and met my husband Jim in Pontypool Park. "I have seen a lot of change." Glancing back, Mrs Williams, who lives in Arthur Jenkins Home, in Blaenavon, said she had a few jobs over the years. "I worked as a domestic and did as a maid as well," she said. "I have also lived in quite a few places."

On turning 100, Mrs Williams had some advice to share to younger generation and the secret to a long life. "Go on as you want to – that is my advice for people," she said. "I wanted to dance, so I did dance. I have been dancing by whole life. I liked the Charleston dance. I would dance with bands and with my friends. I only feel 25-years-old still."


Over my two years as Mayor and Deputy Mayor I've attended about six 100th (or over!) birthday parties which I think is just amazing. When you think of the changes that have happened over the last 100 years, all the things these people have seen and done, it kind of blows your mind.

When we got back we had another celebration -  a little retirement party for Marianna as it was her last stint as 'Mini Mayor'. We got her a cake and some candles to blow out, and the Moana dress she has been asking for. It sure beats a mantle clock! ;)