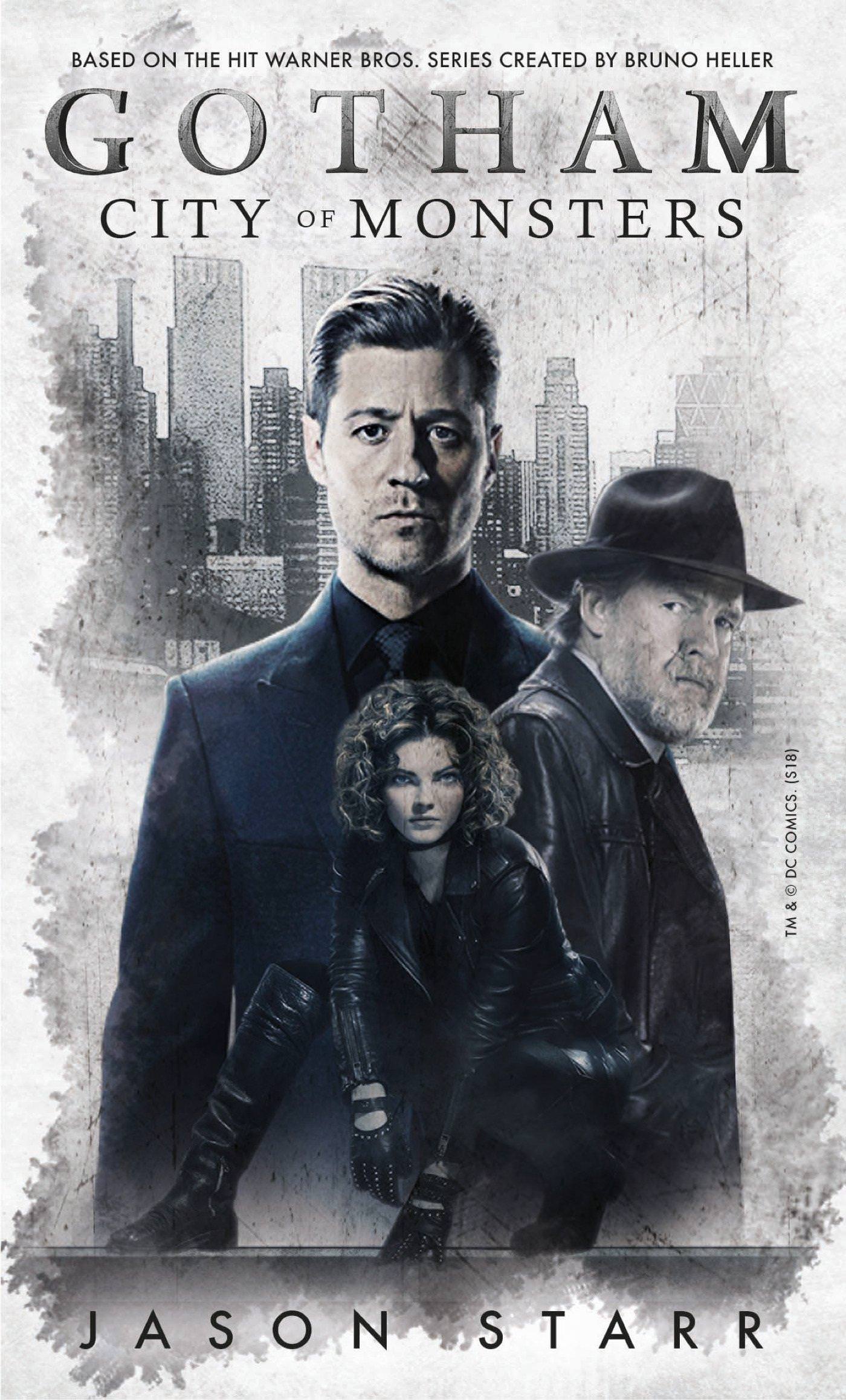 Following on from Starr's prequel to the show, Dawn of Darkness, this new novel fills in the gaps between season two and season three of Gotham. It follows Jim during his time as a bounty hunter, tracking a monster couple who go by the names of 'Nip' and 'Tuck'. Meanwhile we get to see how Harvey deals with the promotion to Captain, as well as snippets of what Fish, Selina, Bruce and Alfred are up to.

I haven't seen much interest in this release from the transformative side of Gotham fandom, but as the focus is on Jim - one of the least popular characters - and contains nary a mention of either Oswald or Nygma, it's not that surprising. Still, I enjoyed Dawn of Darkness and was really looking forward to this instalment.

Because, and I should probably mention it now as it will only become more relevant as we continue, Jim and Harvey is where my heart is at when it comes to Gotham. (I mean, you can argue that Harvey's behaviour is not meant to be telling us that the guy fell head over heels in love with Jim at some point in season one, and has wanted nothing but to worship the ground he walks on ever since, but I'll have to respectfully disagree with you.) Anything looking at these two and their bromance is very relevant to my interests.

Unfortunately, not even that was enough to salvage this book for me.

The problems, as far as I'm concerned, were threefold:

First up, the balance of showing and telling was too skewed towards the latter. Obviously there needs to be recapping and explanation but, let's face it, at least 99% of people reading this book are fans of the TV show. They know what happened in it and who the main characters are. There just doesn't need to be quite so much exposition.

Secondly, Jim's characterization was off. On the one hand I feel like a hypocrite saying that because, well, as a fanfic writer I've put the poor guy in any number of OOC (out of character) situations. But, on the other, talking it over with other fans on Tumblr reassures me that my criticism is valid. I had some issues with the idea that Jim has 'no qualms about killing these creatures' [Strange's monsters] - especially given his reaction, while under the influence of the Tetch virus, to killing Fish at the end of S3 - but the show zigzags back and fore a lot on Jim's moral compass and attitude towards violence. You could argue either way.

The real kicker for me was the scene in chapter six where Jim meets Clarissa Morgan, manager of a bank which has been robbed with her (coerced) help, at Donny's, one of his favourite diners.

‘It was unusual for a woman, especially an attractive woman, to be alone in a place like this, in this part of Gotham. While Gordon wasn’t looking for anything romantic - the loss of Lee was too fresh in his mind to even consider it - he’d been spending a lot of time alone lately, and was in the mood for some company. So he went over to where the woman was sitting and showed his warm, dimpled smile that women always seemed to like.’

The thing about Jim is that he is forever the chased, not the chaser. All his relationships / hook-ups rely on the other party to put in the leg work and the emotional labour. Lee, Vale, probably Barbara, even Sofia - they all instigated the romance. Harvey, as I pointed out earlier, spends most of his time worrying about Jim, making life easier for Jim, bending over backwards for Jim... Jim can't even say sorry for stabbing him in the back over the Captaincy until Harvey gives in and apologizes for him. He's not the type of guy to go out of his way to make six pages worth of small talk with anyone. 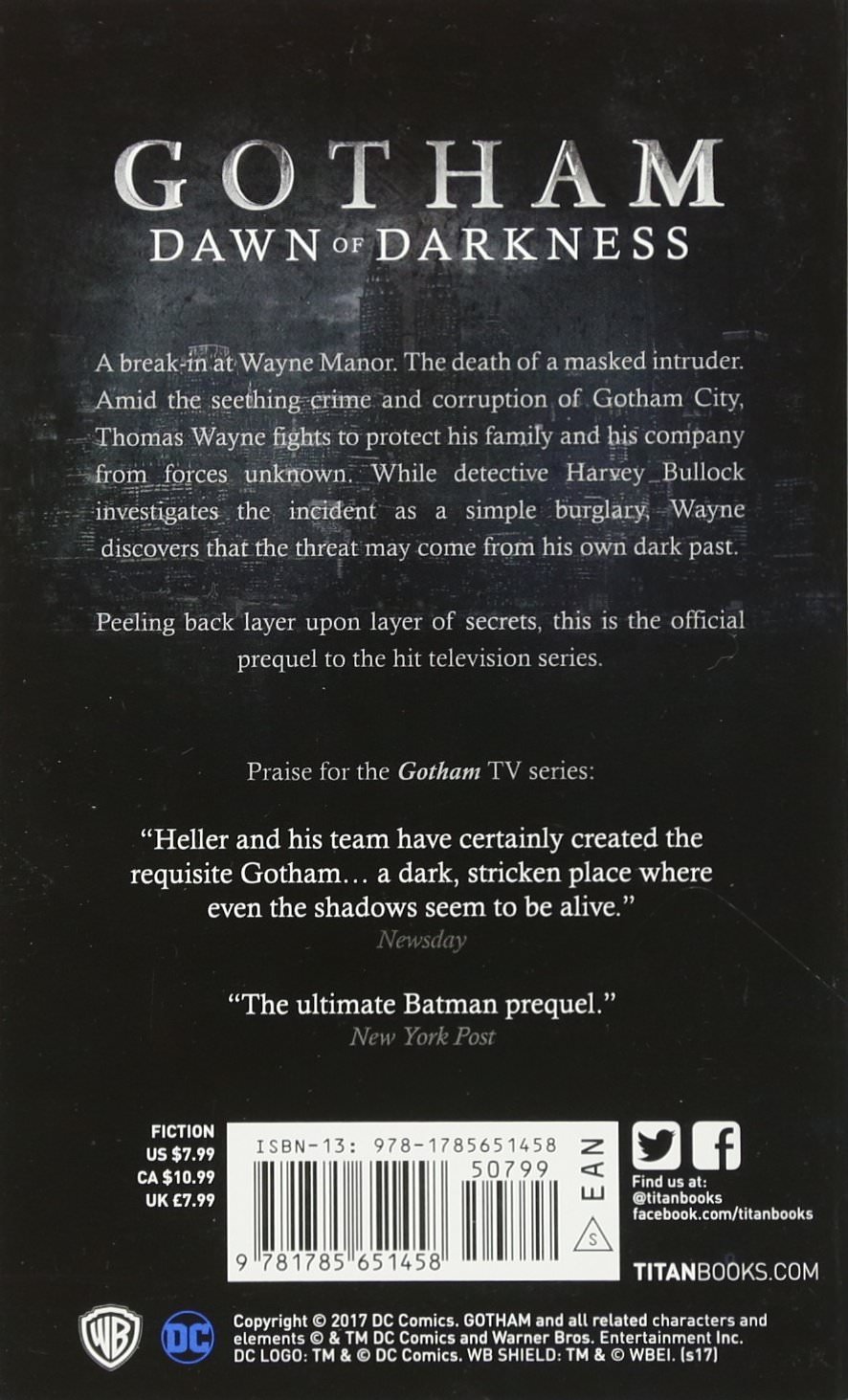 Thirdly, and this was the one that really rankled, Starr gets the name of his own protagonist wrong. In Dawn of Darkness Harvey is coming to terms with being assigned a new partner, Amanda Wong. She's a rookie detective, by the book and full of idealism. A female version of Jim, basically. Over the course of the story Harvey goes from scarcely able to stand the sight of her to falling in love.

Anyway, Amanda didn't have Jim's inexhaustible luck. She and Harvey were making out in the car, confessing feelings all over the place, when a perp Harvey had turned a blind eye to poured petrol through the window and tried to set them both on fire. Harvey managed to escape and kill the guy in cold blood, but poor Amanda was burned to death.

That's the kind of thing that's going to weigh on a guy's mind. Starr tells us in City of Monsters she's the reason he can't go in for a serious relationship.

'Driving to a crime scene without Jim still felt weird to Bullock. It just felt unnatural to not have his buddy next to him. Yeah, he had worked solo during Gordon's stretch at Blackgate, but Jim had been Bullock's only real partner since Angela, God rest her. She'd had a mouth on her, knew how to dish it out but, yeah, okay, Harvey had loved her.

It took a lot for Harvey to love somebody, and the violent way she'd checked out hadn't made it any easier. Whenever he thought about her it reminded him of why he didn't play the love game to begin with. He had enough pain in his life and didn’t need to bring a woman into the mix. It wasn’t that he was sexist - in fact, it was the total opposite. He loved women, but avoided getting involved with them for their own good, as a freakin’ public service. No woman deserved Harvey Bullock as a partner, for damn sure.'

Except Harvey's forgotten her name - she's now called 'Angela'. (A quick Kindle search tells me Starr used the word 'Amanda' 227 separate times in Dawn of Darkness, by the way.) While he was at it he also excised Scottie Mullen from his memory, the woman who accepted his marriage proposal and tried to convince him not to go back to the precinct (and Jim) at the beginning of season two.

Okay, so the boy scout has that effect on him, but Jim is elsewhere at this point.

That was the deal breaker for me.

I can forgive a lot for some new canon adjacent material for my OTP. But I can't forgive that.


For more fandom stuff, please click the image below: 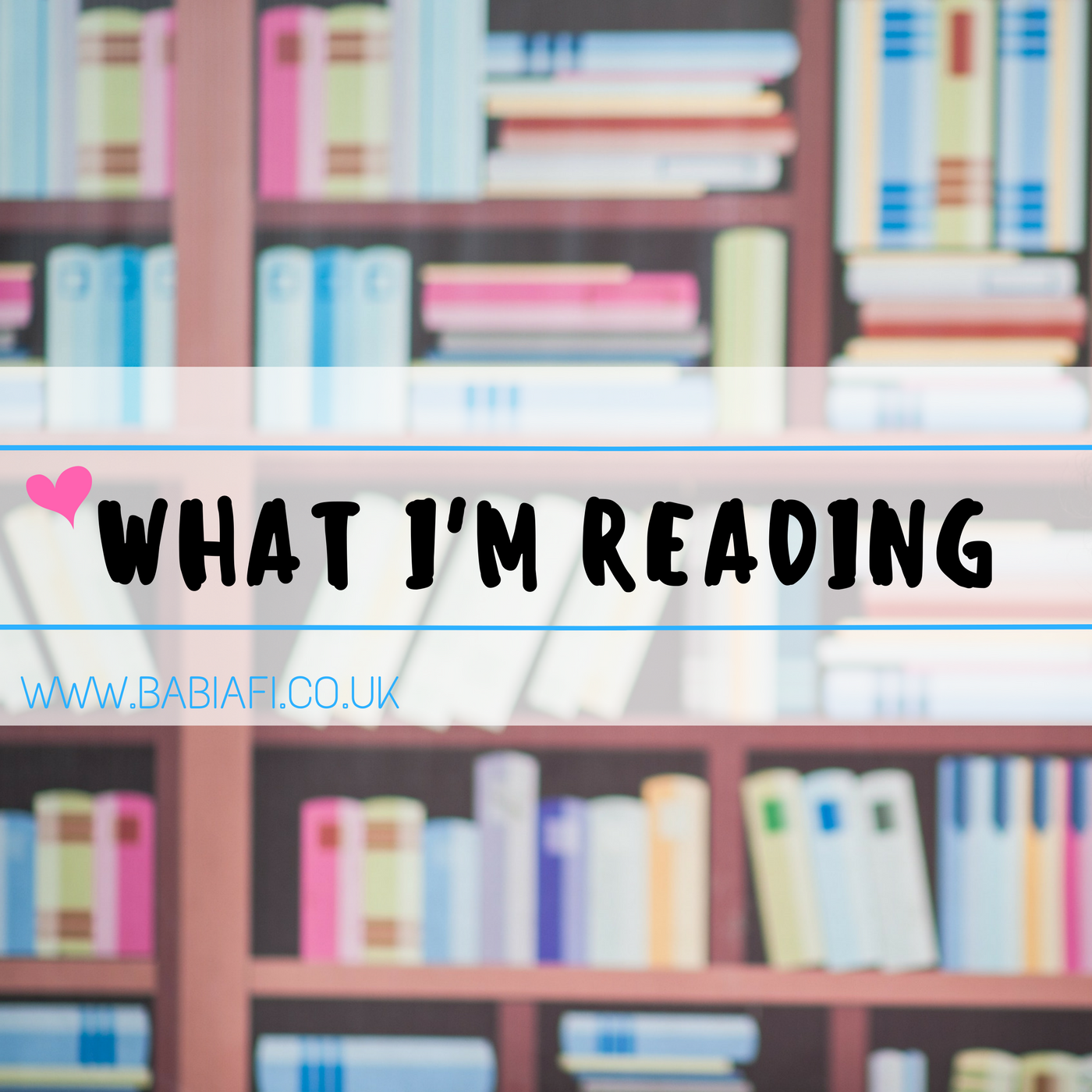