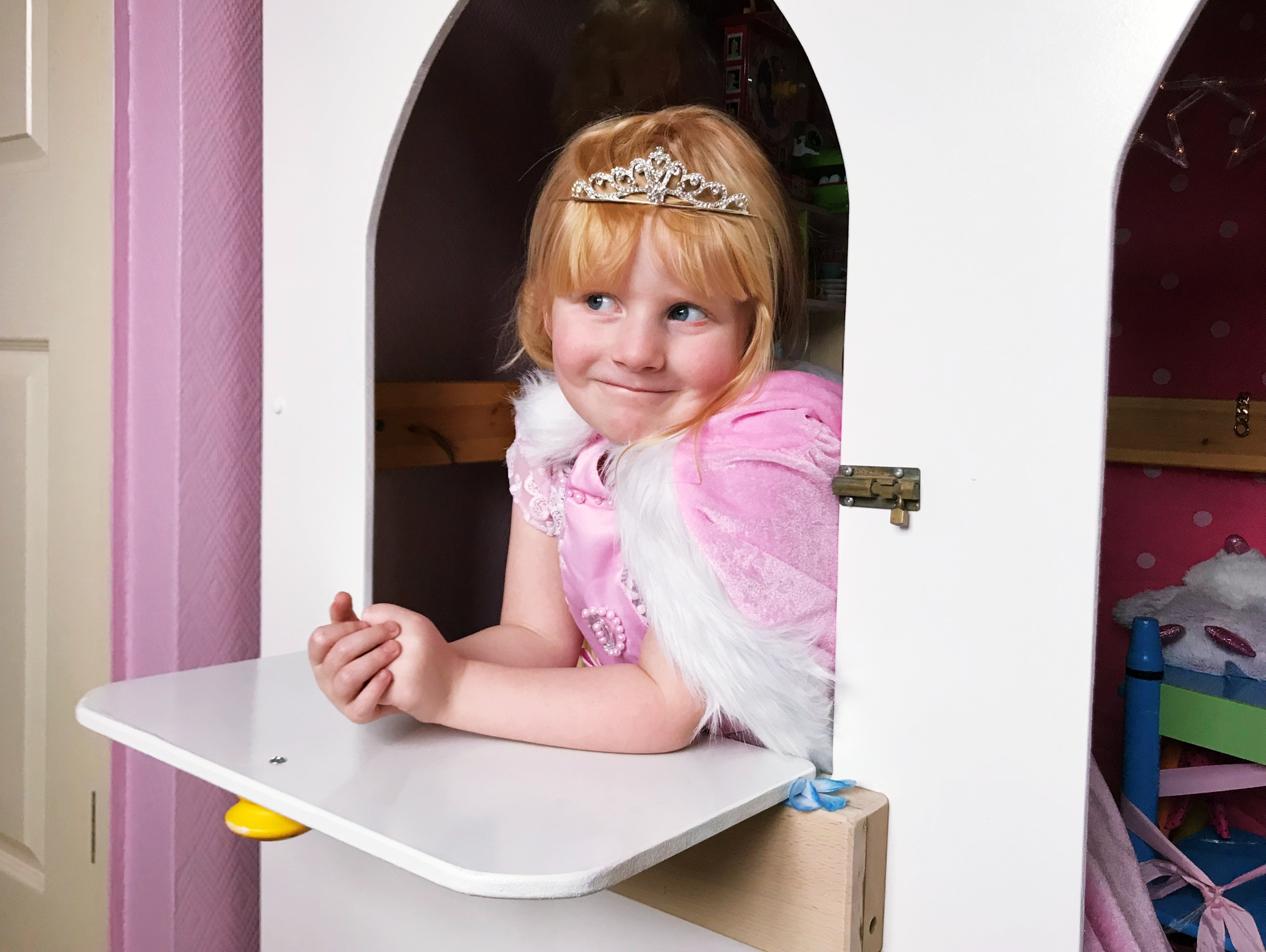 With Christmas and Marianna's birthday passing in quick succession it became increasingly obvious that we needed to redecorate her room, and sooner rather than later. Her cot bed was becoming too small, and the amount of stuff everywhere far exceeded the storage available. Most days it was a battle just to get out of the door!

So, Marianna decided she wanted a candy pink room and a bunkbed with a slide. The first request was fine - the latter, not so much. There just isn't enough space in there to have a slide and, well, anything else. To bribe her away from the slide idea I suggested we get a bed with a playhouse underneath. With the conversion of the house to a castle the deal was done.

That just left the problem of working out how it would all fit in there. And how to pay for it! 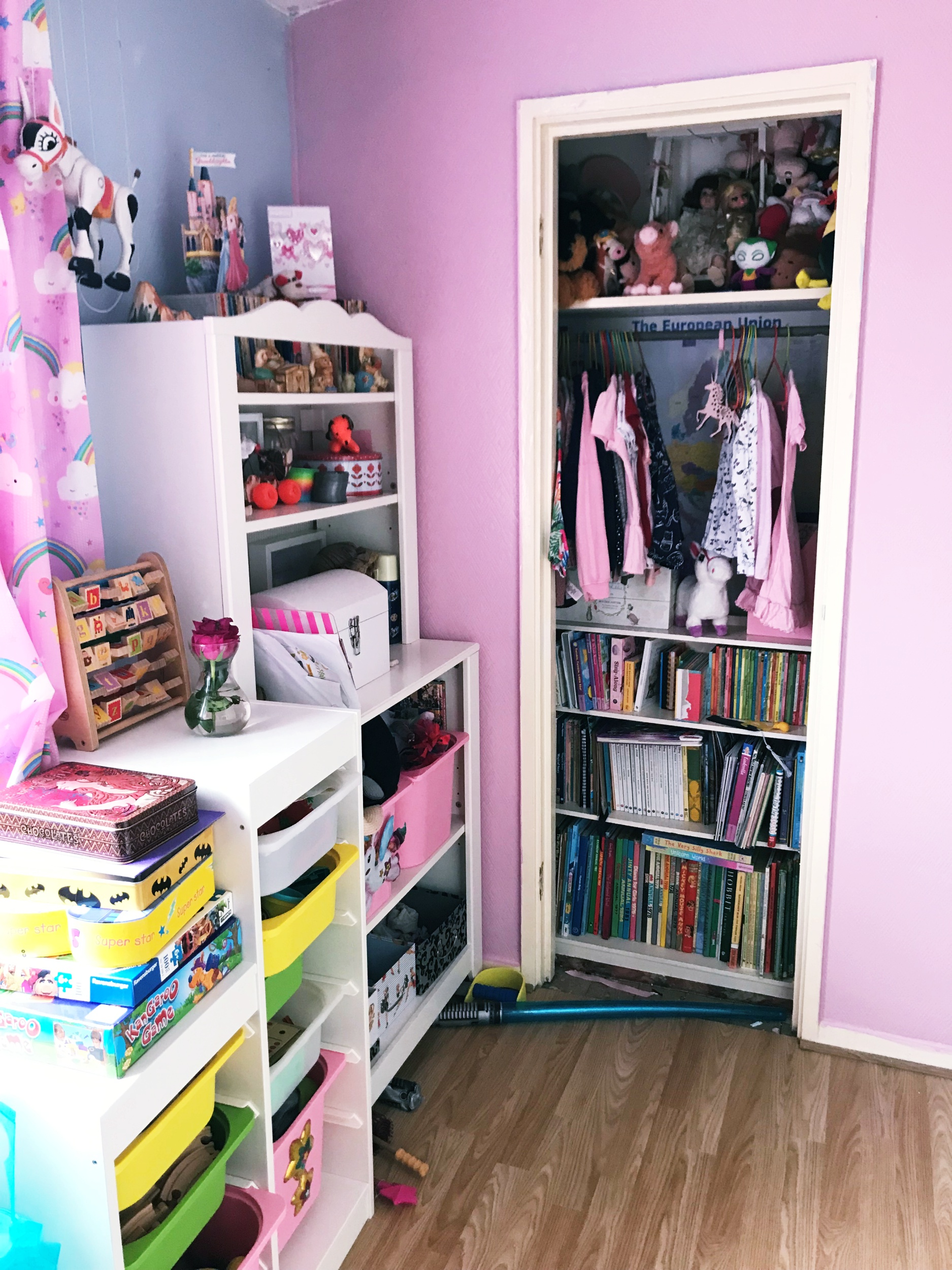 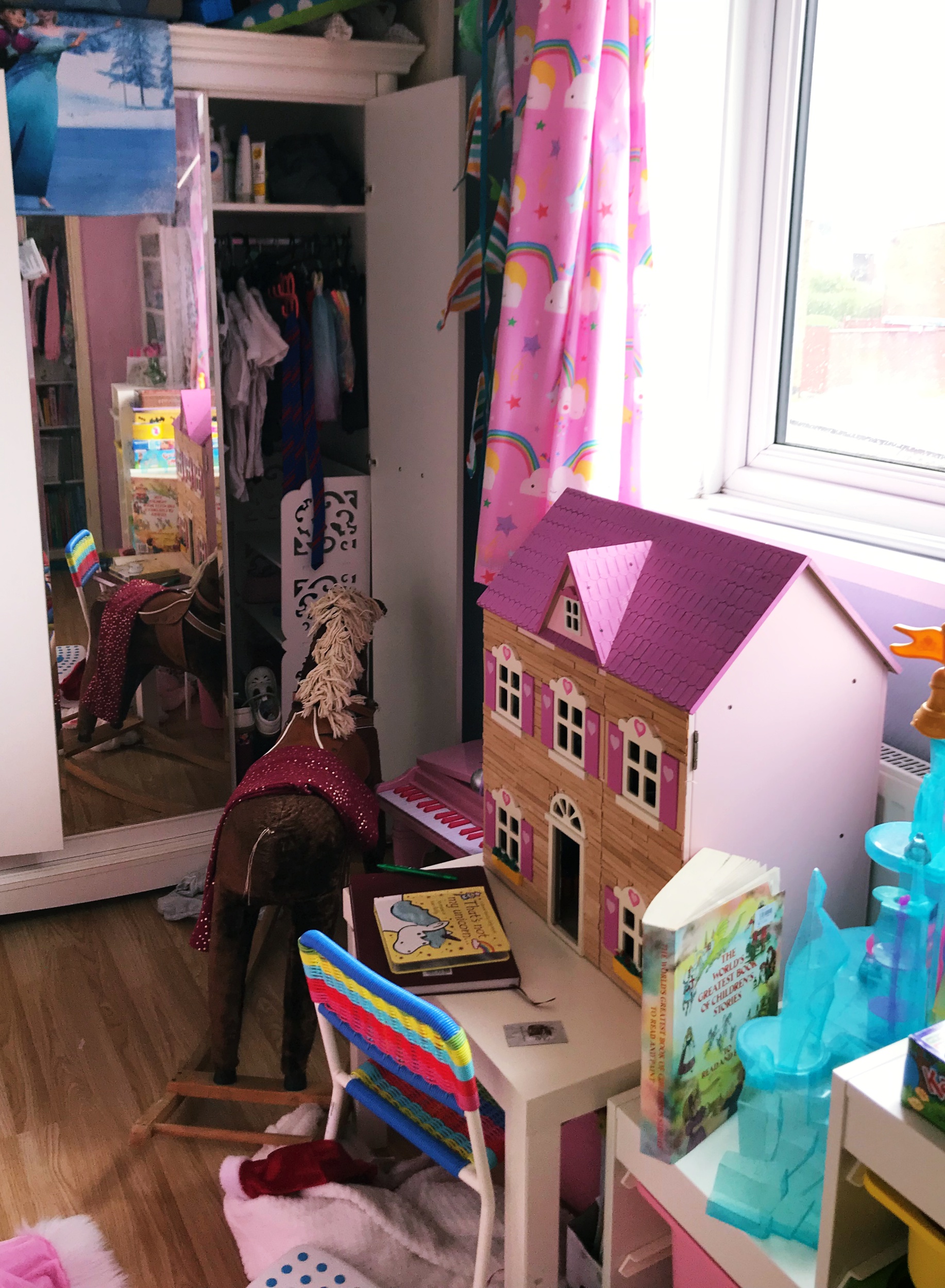 We painted three walls pink and left one baby blue as a bit of contrast because the curtains were already pink, complete with the obligatory rainbows and unicorns. Next I took the door off the built-in cupboard and put a bookcase Anthony brought with him from his mum and dad's house inside. The top shelf and clothes rail were already there, so I put all her t-shirts and some of the teddy collection in there.

The cabinet in the corner was one we bought before Marianna was born; I won a £500 IKEA voucher from Capital Radio when I was pregnant which we spent on nursery furniture. We also had the LACK table already and the big wardrobe was there when we moved in. To maximise storage I bought a slot together shoe rack from ebay for £18, and a TROFAST storage unit. I am now a total TROFAST convert; they're amazing! The trays are a really good size, and I bought a few extra to house headbands and hats. 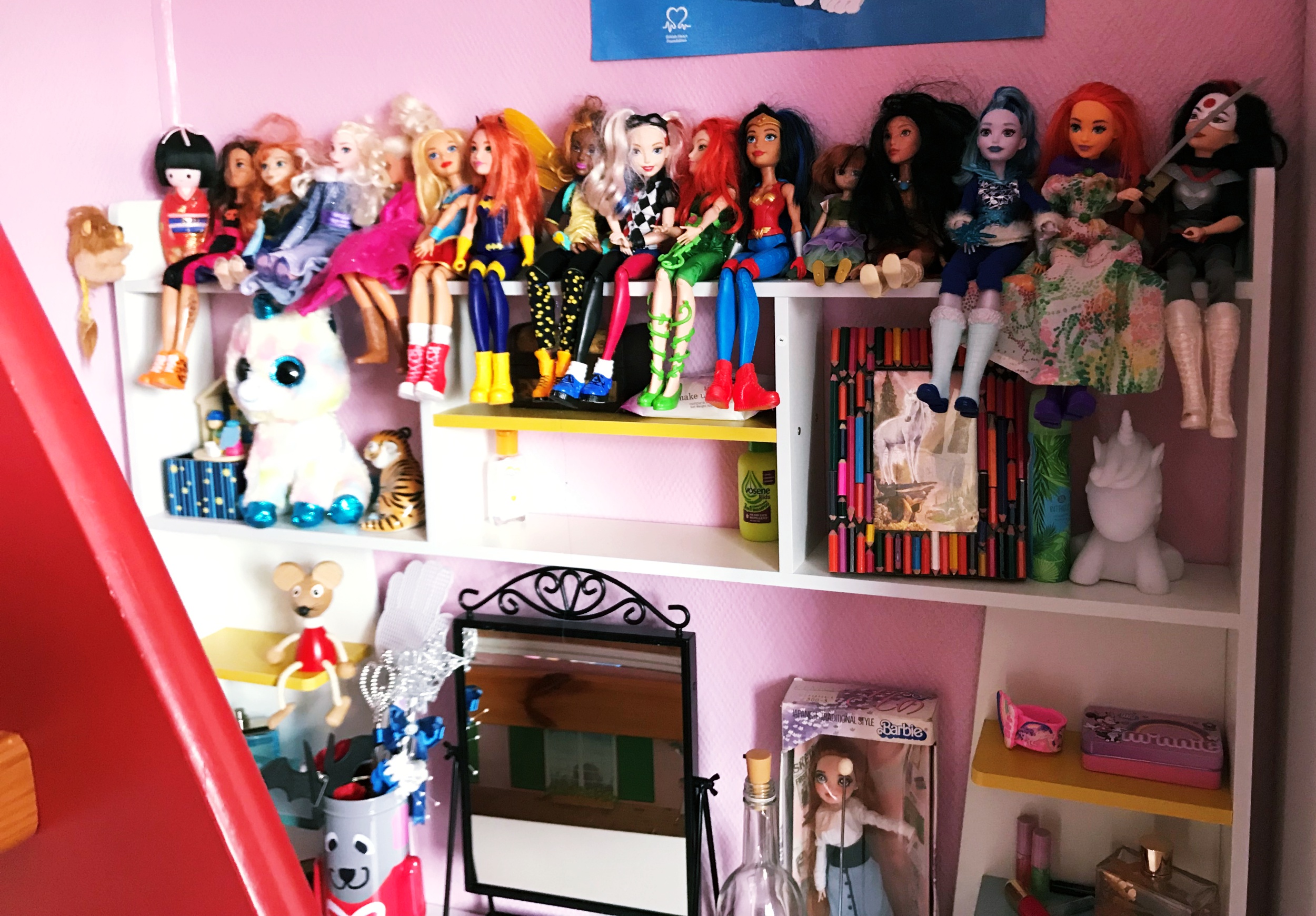 Next, I needed to get a desk. Marianna wanted a make-up table but looking at the prices, it made much better sense to go for a decent sized desk that she could grow into. I found a nice colourful desk brand new on ebay, complete with free postage, for £69. It took me about four hours to put together but it was worth it. (Eventually.) Under the desk I put a storage chest/bench my mum bought a while back as extra doll storage. There can never be enough doll storage.

Then it was time to start looking for a new bed. At first I thought I'd just get a standard bunkbed and buy some steps to attach. How naive I was. Separate steps apparently don't exist, so I turned to Shiply instead to get a bargain of a Scallywag high sleeper from Surrey to Cwmbran. 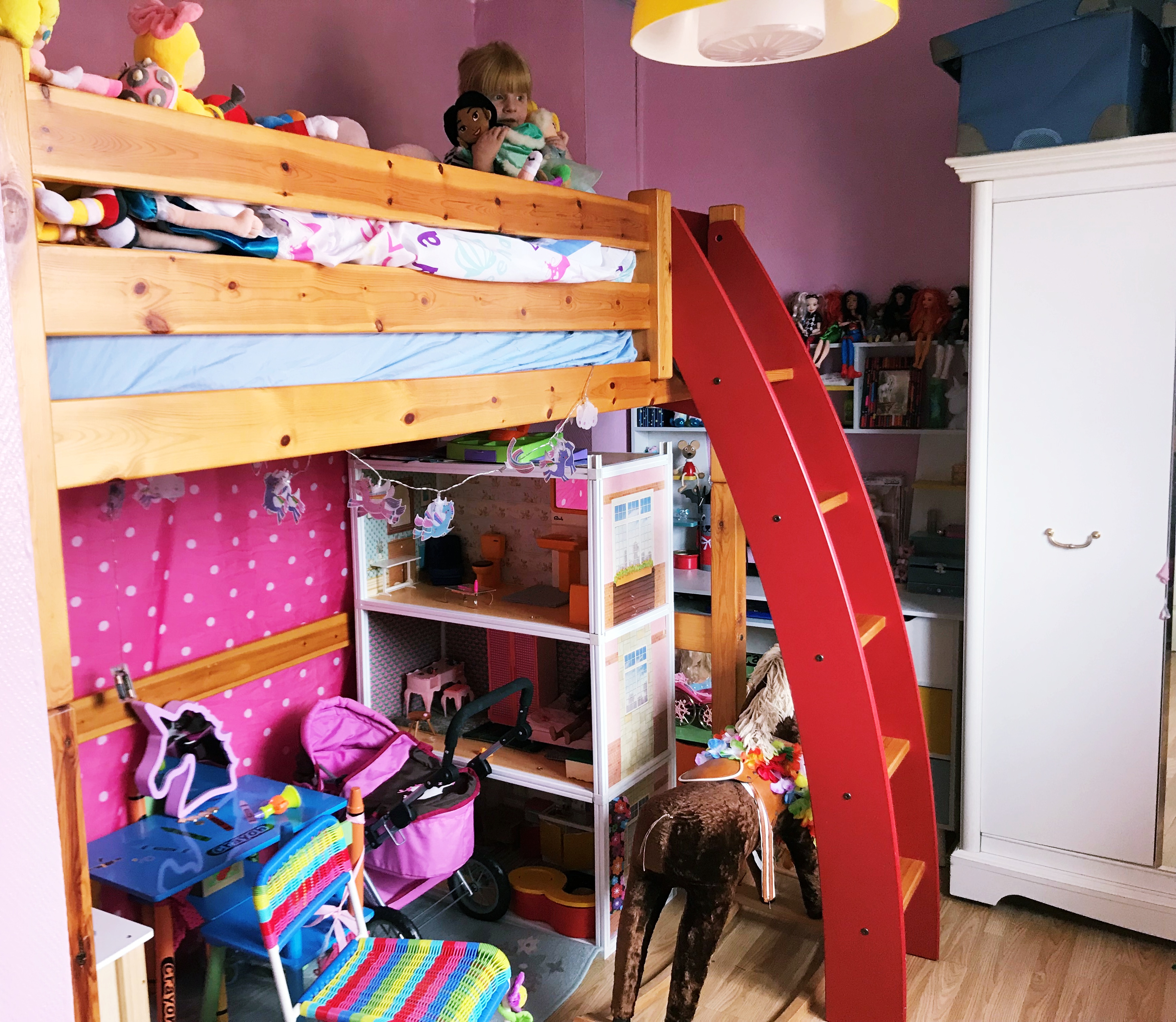 Under the bed I managed to get Marianna's 1/6 scale doll house, table and chair, doll cot, doctor/vet's playset, and her play kitchen. We still needed to sort out the most important aspect though - the castle!

I drew up how I wanted it to look, and my dad transformed a sheet of wood and bits of Marianna's old GONATT cotbed into a front for the playcastle. It turned out even better than I imagined. I especially like the little hatch on the large window; it's perfect for playing shop, or for looking out wistfully like Rapunzel or any number of other Disney princesses. Not that it's all sitting around and waiting to be rescued - here's Marianna defending her territory: 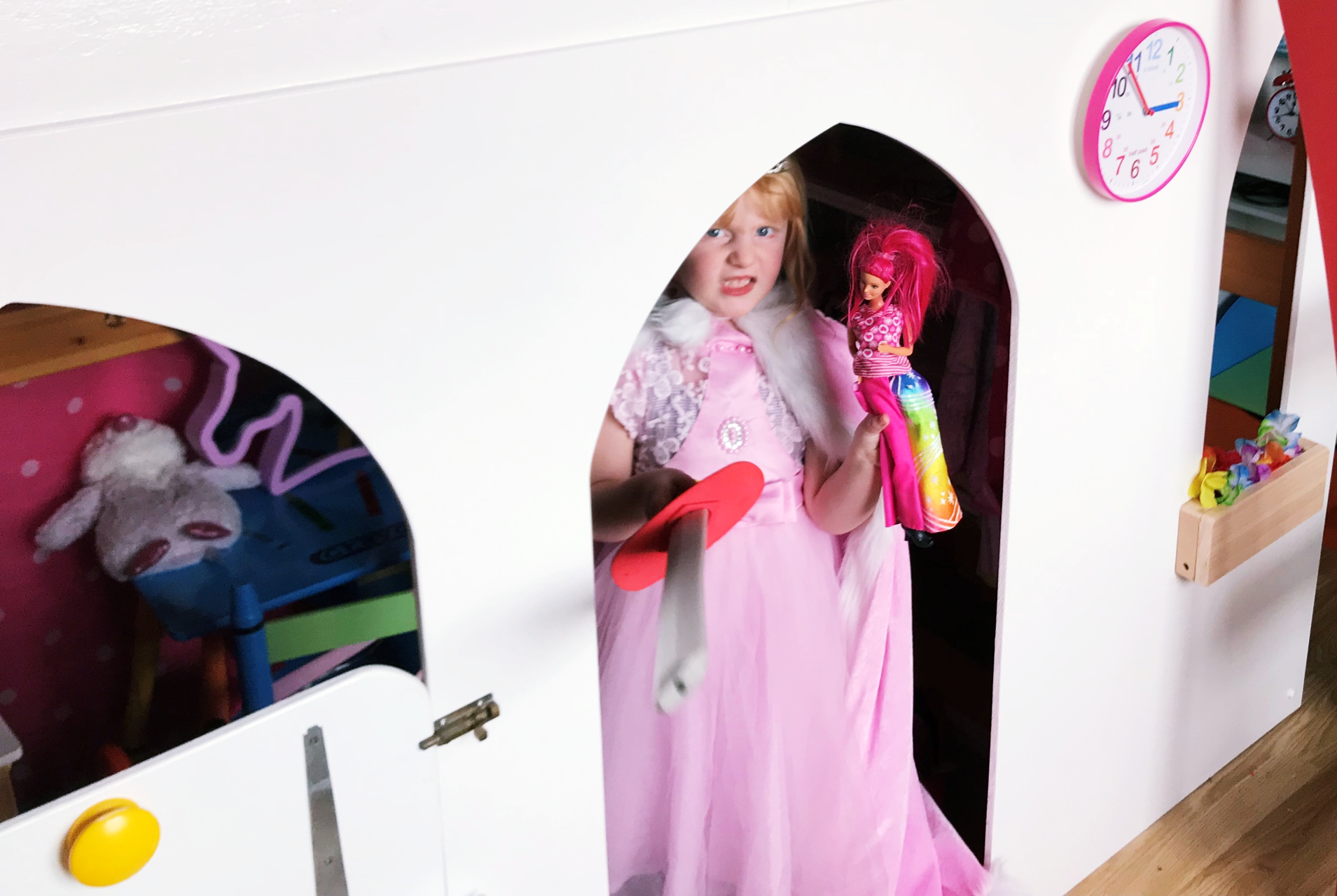 Here are a couple of shots of the interior: 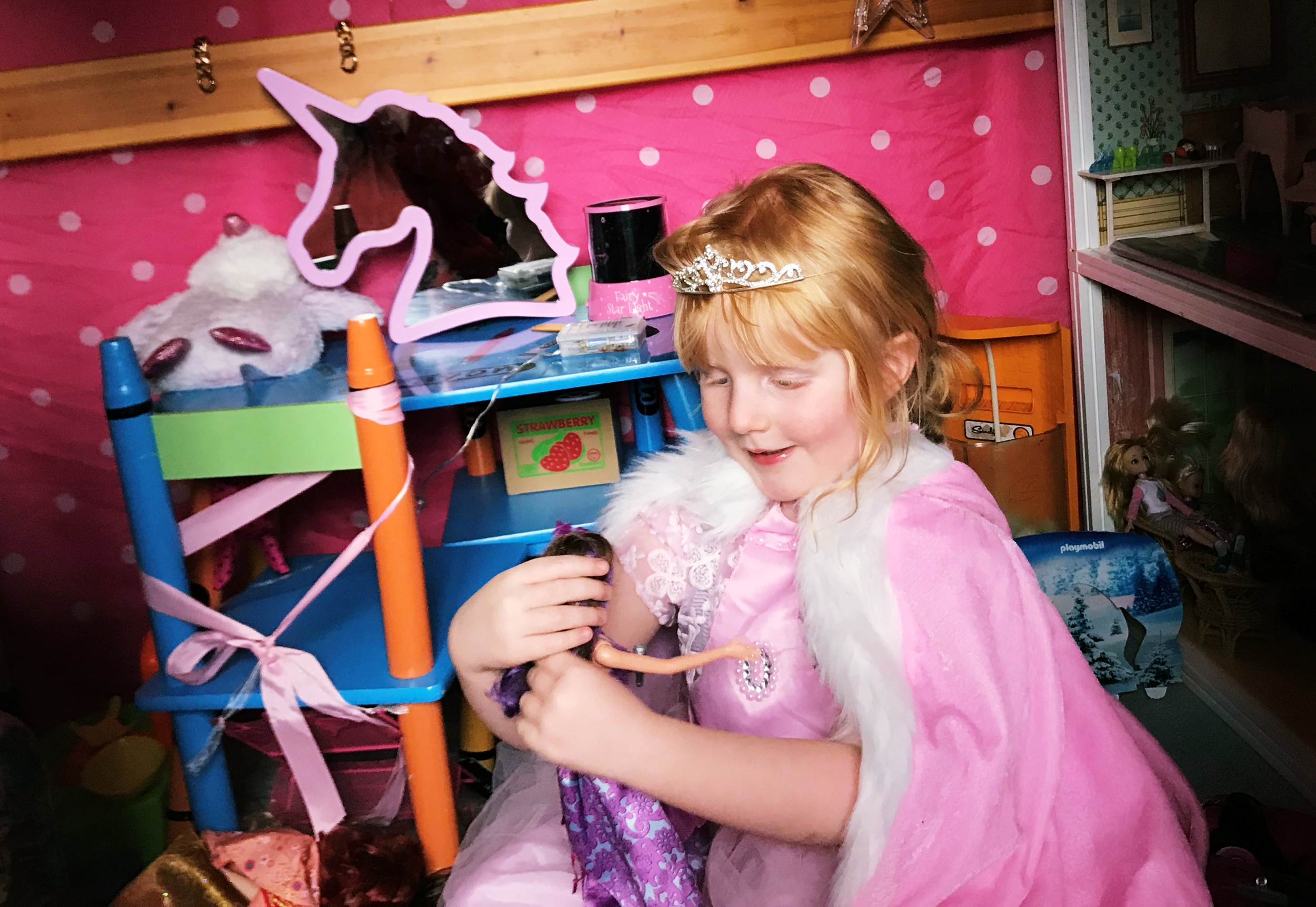 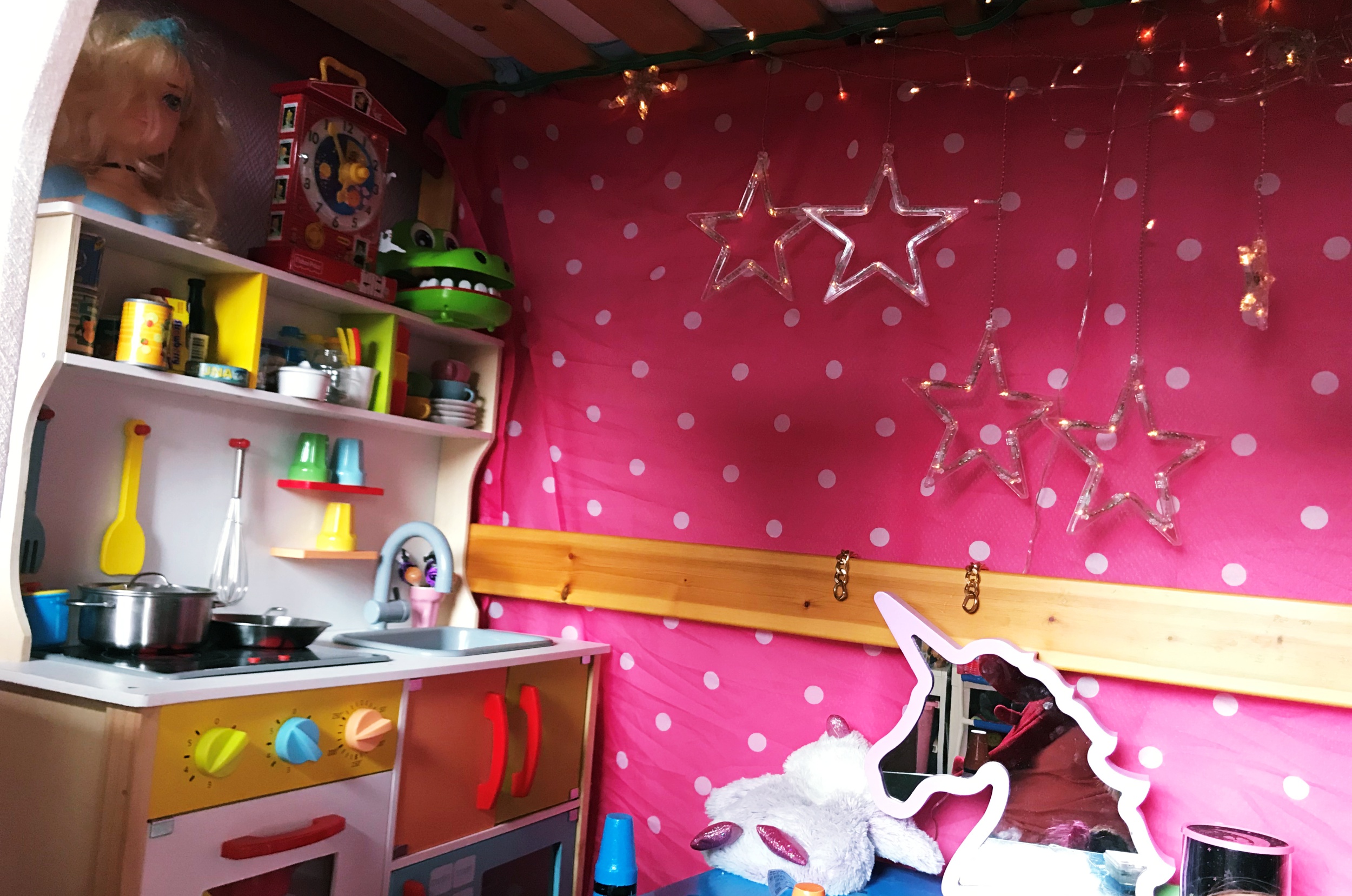 My mum and dad paid for the wood for the front, and worked for nothing more than a cup of tea and a few biscuits. That meant we managed to do the whole thing for £450. :) 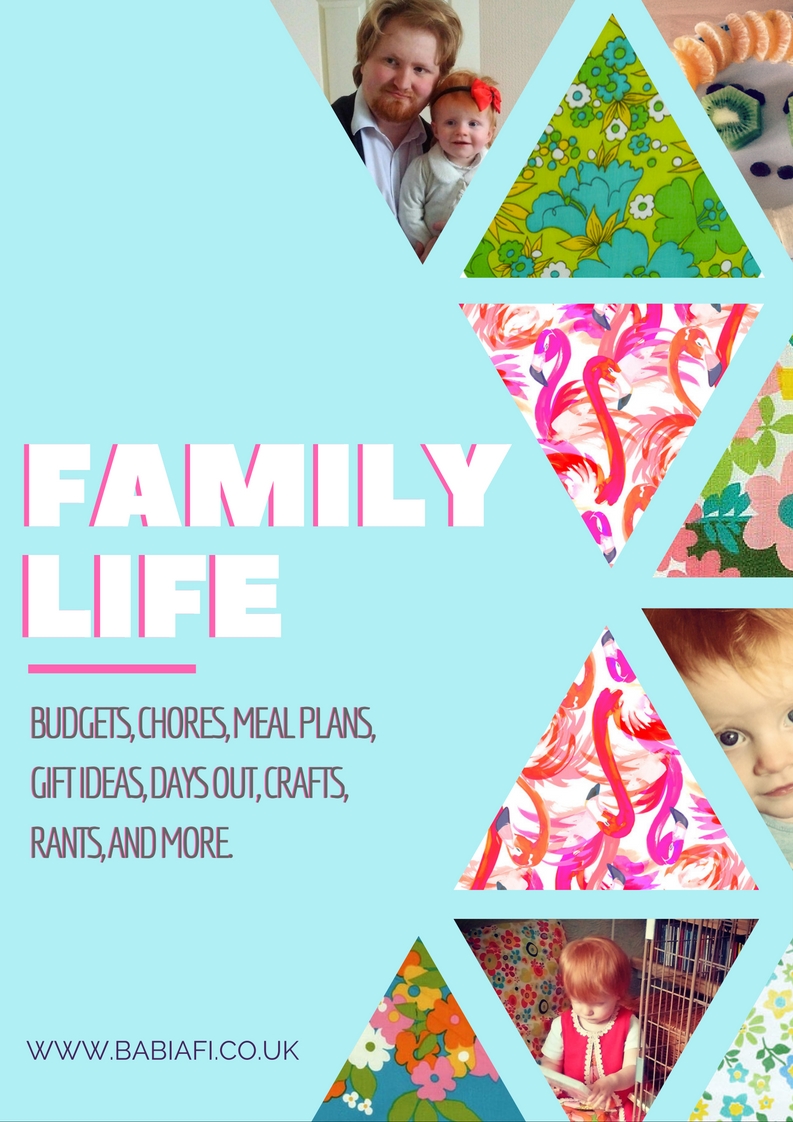