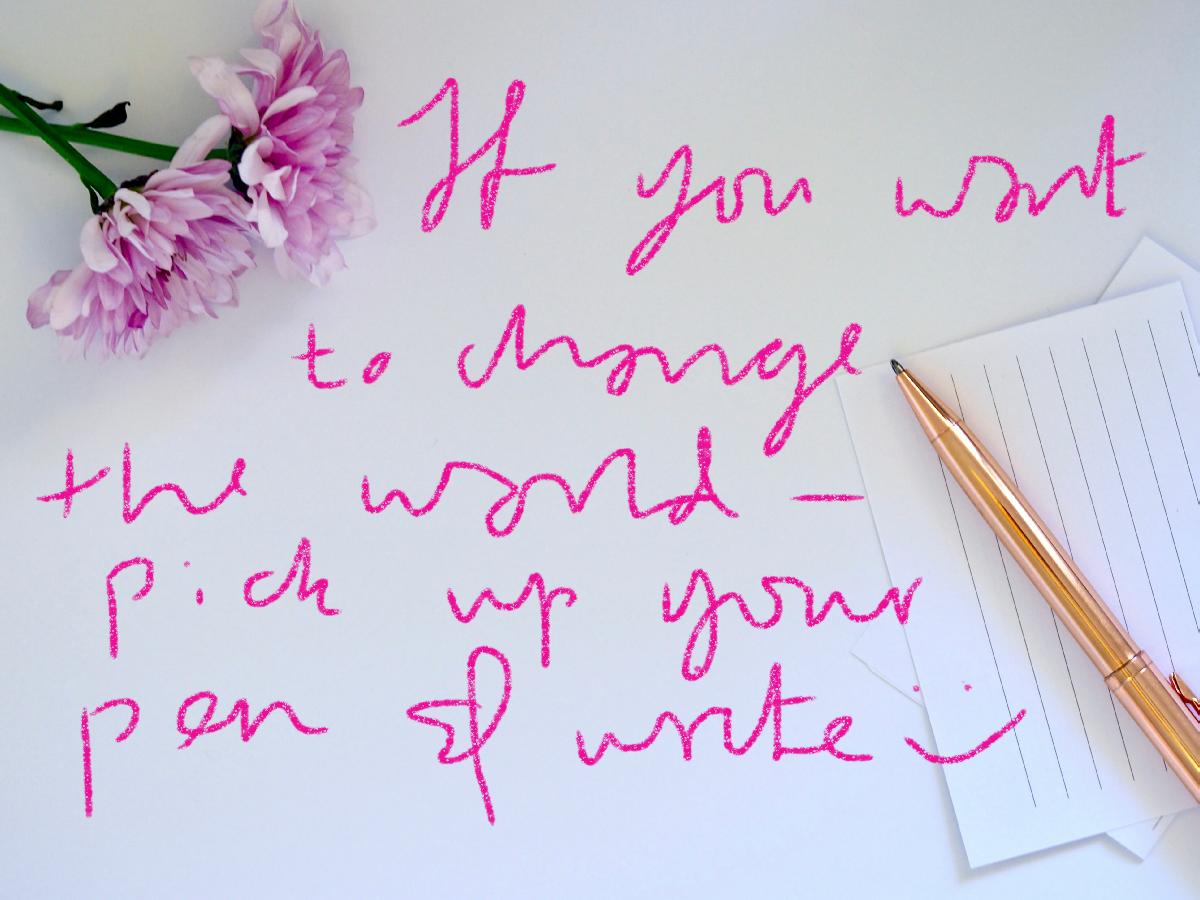 A few weeks back I was asked if I could help out with getting a speaker for the lower school writing festival at Croesyceiliog Secondary, because I'm on the governing body. I apologised as I don't really have any writer contacts - then got a message back saying, no, we're asking you to speak at it.

So, I agreed then instantly started losing sleep over it.

Anyway, I spoke to year nine on Tuesday (terrifying) and year eight on Wednesday (less terrifying but I felt like I did more rambling which wasn't a plus!). It wasn't good, but it wasn't terrible, and mostly I'm glad I gave it a go.

I think I'll always find public speaking of any kind nerve wracking. I still get stressed before chairing full council, even. But at least I can say I tried and, really, that's what being successful is.

Doing the best you can.

Here's the speech I wrote for it and then deviated from...

Thanks so much for inviting me.

So, 18 years ago, give or take, I was sat where you are now. I wasn’t completely sold on English back then, to be honest. Too much Chaucer and Shakespeare.

But what I didn’t realize was how important writing already was to me.

I was very into penpalling back then. I wrote letters to people all over the world, and thought I might go into a career in translation. German was one of my favourite subjects and to practice I had a few penpals there. It made me think about how powerful a tool writing was. My German might not have been the most elegant, and their English was never that accurate, but we were able to make ourselves understood.

Because that’s what writing is for - conveying ideas, even if it’s only to ourselves when we read it back over later.

I saw that shine through in my other favourite subject, history. It’s true what they say - history is the story of the victors, or at least whoever is writing it. You have to dig into what is being said and what isn’t, to look at both sides of the issue. ‘Critical Thinking’ is how you might describe it, but what it comes down to is sorting out what to believe.

In my personal statement for university I said history was kind of like a jigsaw puzzle. Every new thing you learn about helps you make sense of the world around you. Same is true throughout life. What makes people act the way they do, believe the things they do.

Writing has the power to change it. It makes us rethink. That can be something simple like a review of a film you weren’t sure you wanted to watch, or something much more complex like which way you vote or how you live your life.

At Cambridge I really learned about how to make a coherent, persuasive argument. It doesn’t matter whether your answer is ‘right’ or ‘wrong’, as such, just that you can back it up with evidence.

I started to get into politics because you get to see it in action.

The 2010 election I stayed up all night writing coursework on ‘is the settlement of the Danelaw in England a useful model for interpreting Viking settlement elsewhere?’ I’m probably as clueless about it now as I was then. But I do remember being interested in what was happening, and writing up little histories and explainers of party politics for the student newspapers and on Livejournal.

When I finished uni and moved home I joined the Labour party and got a job with a youth work charity in Newport. I didn’t really intend on being active locally until my local councillor turned up at my door and said to come to branch meetings. And when I didn’t go he came back and tried again. In the end I figured I’d go just to avoid a repeat.

Anyway, fast forward a year or two and I was asked to stand for election by the branch. I wasn’t sure - I was working in Cardiff by now for a depression charity, and I had lots of volunteer work on. Plus I’d have to write a CV that all my neighbours were going to see.

Suddenly the type of writing I was doing was different. A lot more formal letters and things.

Rather than not write in my down time I chose to write differently.

I set up a blog so I could write about anything and everything. Reviews and baby stuff, but also politics, and conspiracy theories, and collector guides, and mysteries. It helped me to connect with people. Eg. Wrote about a murder that happened on my parents’ street in the 1940s, and their relatives got in touch.

I wrote about toys, etc, and some brand PRs got in touch and asked if I wanted to review their items.

That behind the scenes element really stresses how important writing is. You use it in all walks of life, and today perhaps moreso than ever. We talk less on the phone, and do more via email and social media. A picture says a 100 words - but you still need words to describe it, share it, contextualise it, etc.

Writing can take you so far. - eg. Cvs, requests. It can get you what you want. - eg. Letters of complaint, praise, etc.

It can also just be a lot of fun. I can’t claim to be the best fiction writer. My crowning moment so far was winning a £10 Amazon voucher in a magazine flash fiction competition. But I love being able to communicate a story, or even just a feeling in writing, so I write a ton of fanfiction. War and Peace is 587,287 words long - and I’m on my way to four War and Peace’s worth now.

Success doesn’t look the same for everybody. It’s not about being the best out of everybody - it’s about being the best you can be. It’s about achieving the things you want to do. Your goals might not be academic, or about getting into university, but whatever they are they will take hard work and dedication.

School is where it starts. You prove that you can listen, understand, and explain it to others. You learn how to get on with other people without giving up your own identity. How to make yourself understood without putting down someone else. Think for yourselves and be confident in your decisions. And with those skills, ultimately, you can do anything.