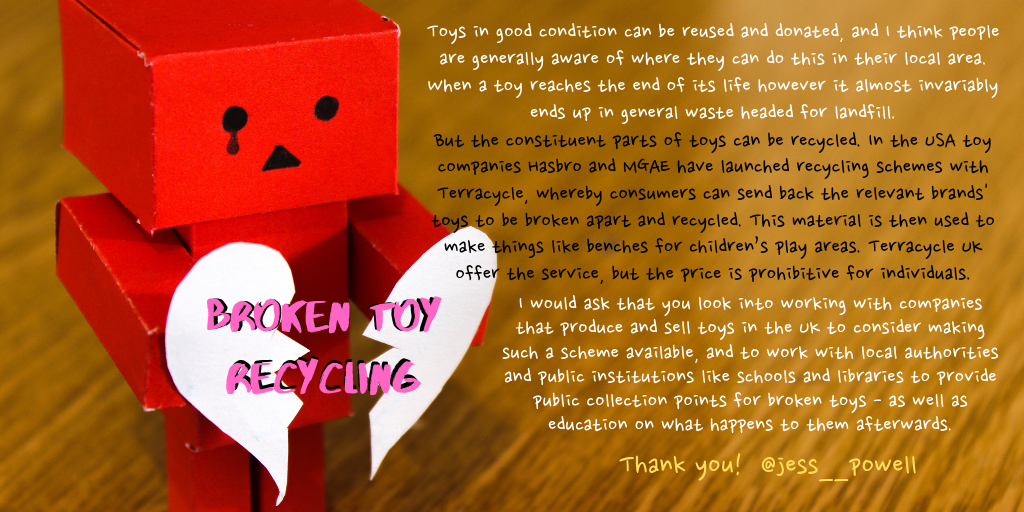 I've been bitten by the environmental bug! Basically, broken toys are recyclable. If we provide the facilities. Sure, in a perfect world, we wouldn't be making and buying plastic toys in the first place. But the world isn't perfect and, right now, I want to see the UK taking action to save broken toys from landfill.

Here's the text of my form letter I've been sending out:

I am writing to ask about broken toy recycling.

Toys in good condition can be reused and donated, and I think people are generally aware of where they can do this in their local area. When a toy reaches the end of its life however it almost invariably ends up in general waste headed for landfill.

But the constituent parts of toys can be recycled. In the USA toy companies Hasbro and MGAE have launched recycling schemes with Terracycle, whereby consumers can send back the relevant brands' toys to be broken apart and recycled. This material is then used to make things like benches for children’s play areas.

Within Europe there are companies like Eco Birdy (https://www.ecobirdy.com/) who recycle toys to make plastic furniture for children. Although I’ve reached out to toy shops and manufacturers across the UK, none of them currently have such a recycling scheme in place.

Terracycle UK offer the service, but the price is prohibitive for individuals. (https://zerowasteboxes.terracycle.co.uk/products/toys-zero-waste-boxes?variant=707467673)

I would ask that you look into working with companies that produce and sell toys in the UK to consider making such a scheme available, and to work with local authorities and public institutions like schools and libraries to provide public collection points for broken toys - as well as education on what happens to them afterwards.

Got a puncture in your paddling pool / rubber ring / inflatable chair? Instead of binning it send it off to Wyatt and Jack who will refund your postage - or courier it for you if it's large - and turn it into cool bags and accessories. Their bouncy castle range is awesome too!

Zuru Bunch o Balloons are going 100% recyclable! Check out THIS article about their new partnership with Terracycle.

A big thank you to AMs Lynne Neagle and Mohammad Asghar who pursued the question at the Welsh Assembly for me, resulting in the following responses from Hannah Blythyn, the deputy minister for housing and local government: 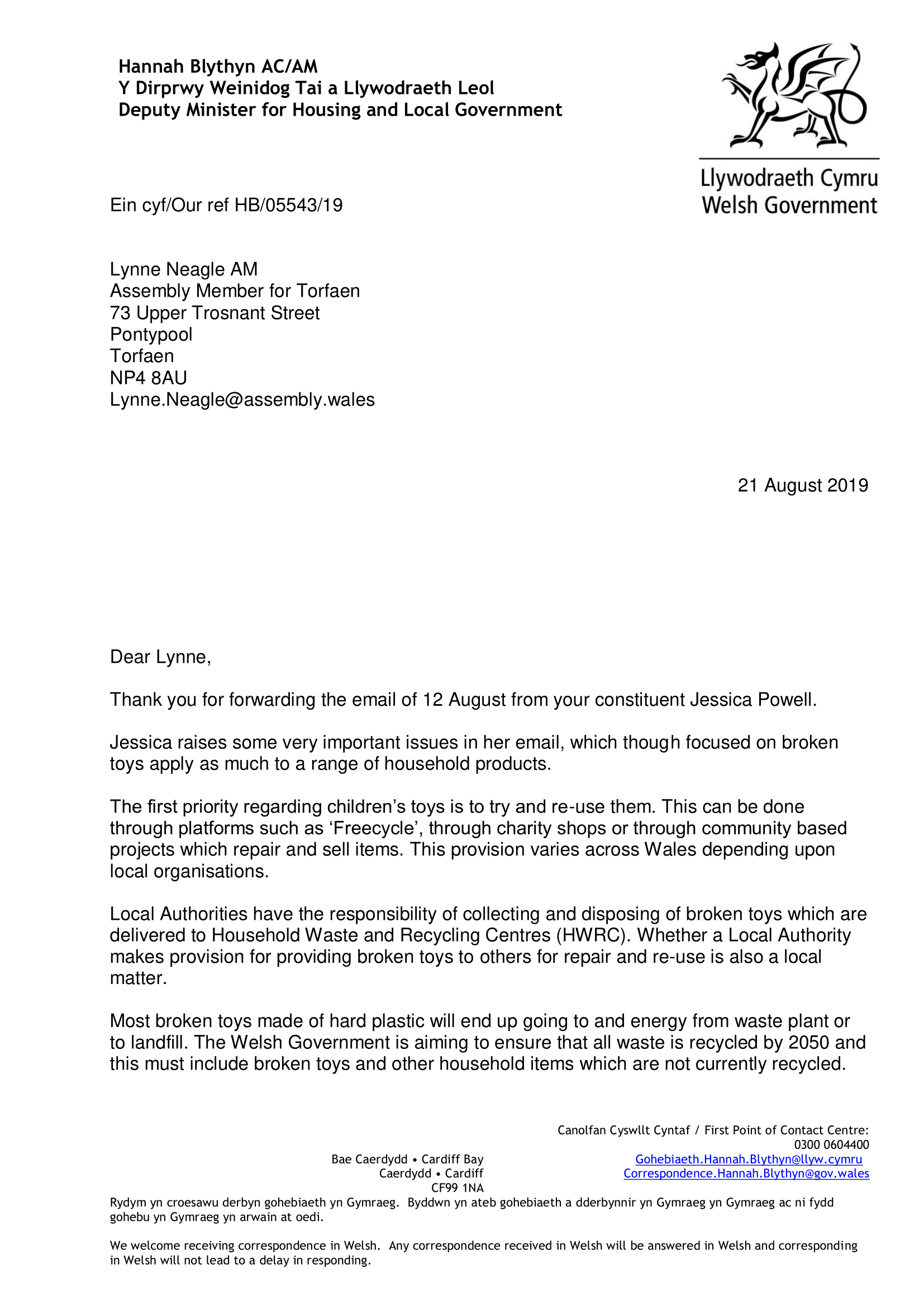 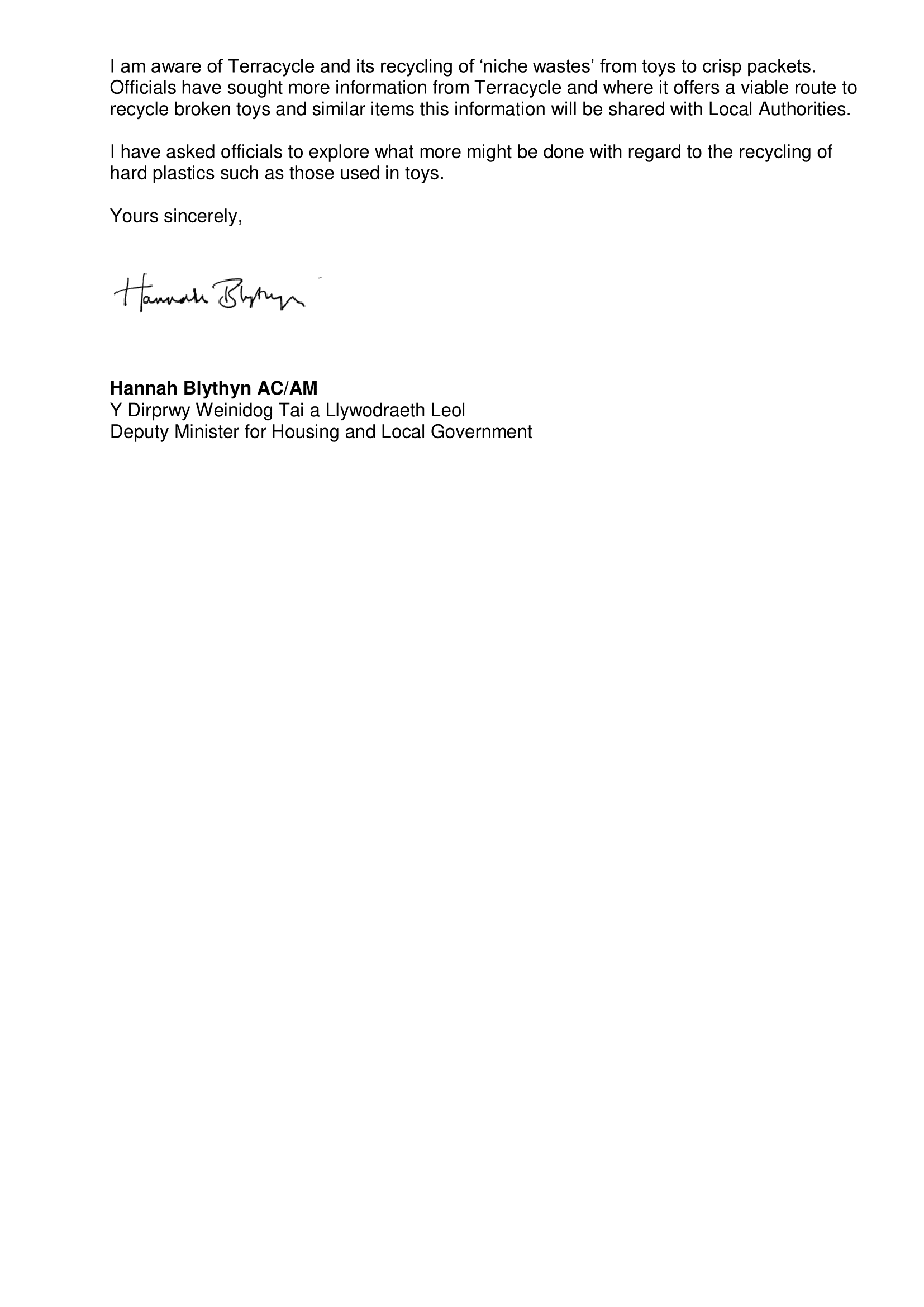 The Future Generations Commissioner also got back to me with a response from Welsh Government that was quite encouraging. This was a few weeks on from the previous response, saying that the waste management department are looking to set up a formal meeting with Terracycle to discuss their work. 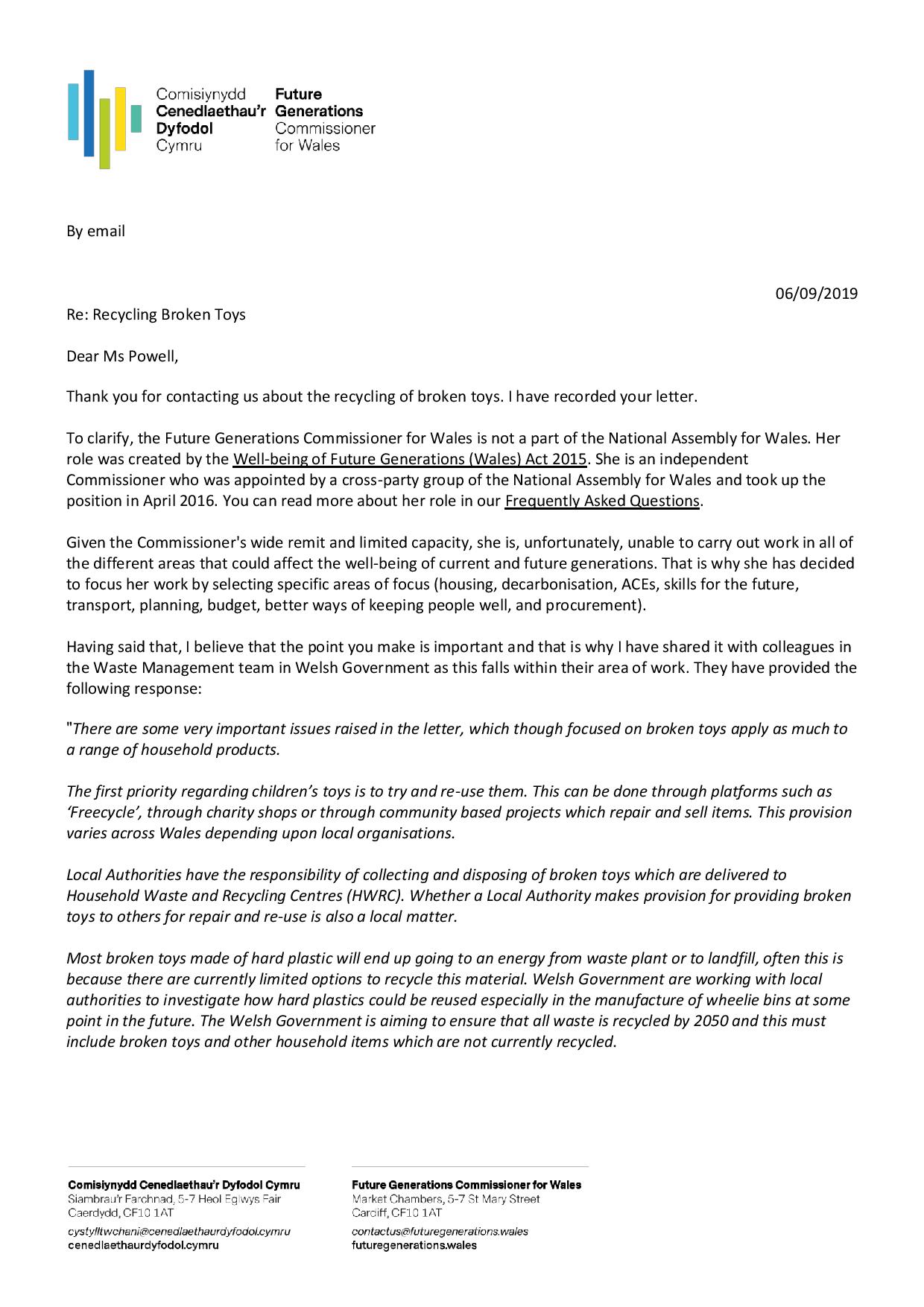 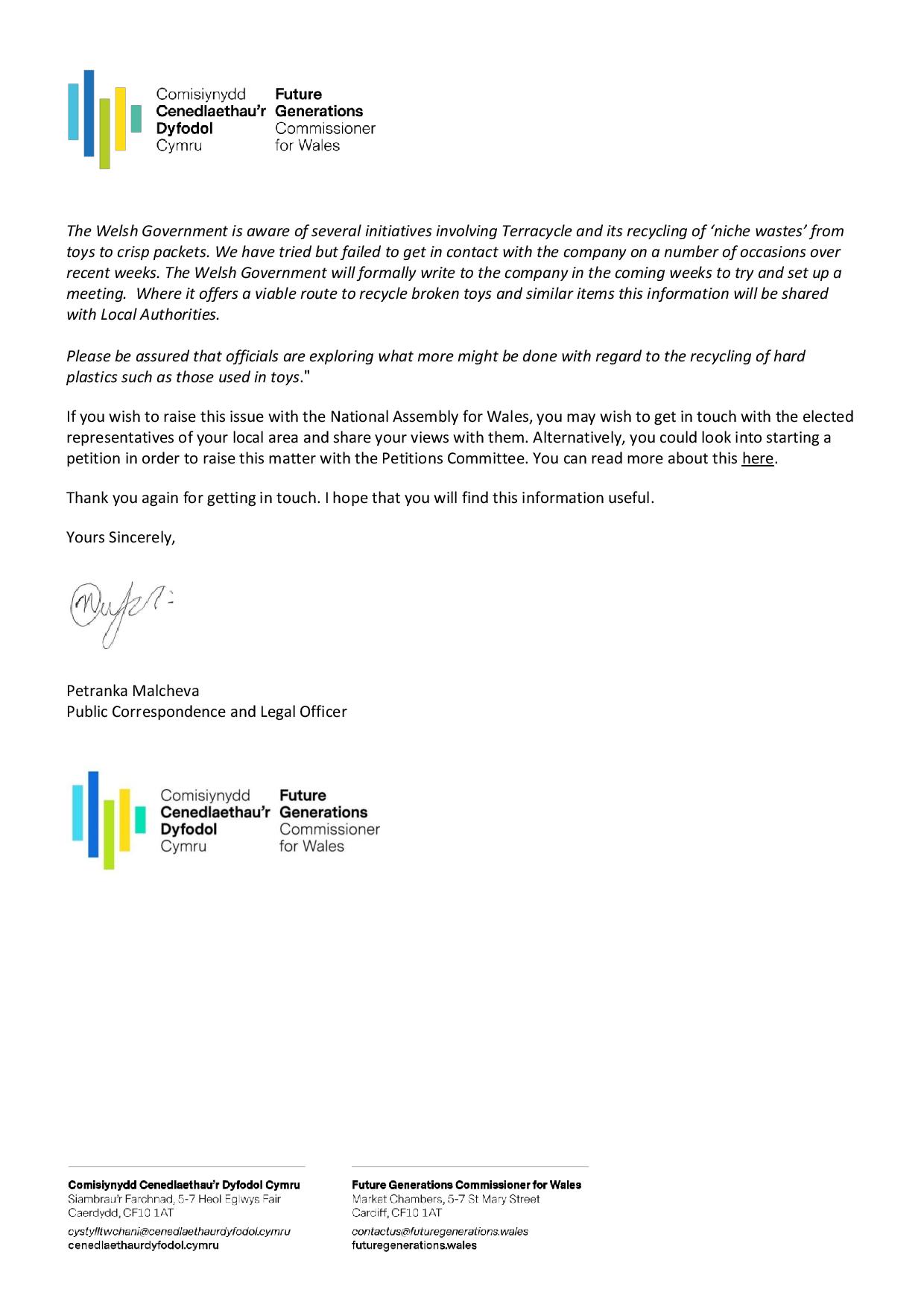 BBC News reported today (19/09/2019) that Burger King UK are going to stop including plastic toys with their kids' meals. They will also install bins in store to collect up old BK toys which will be melted down and recycled. BK says the move will save 320 tonnes of plastic a year.