School Dinners Around the World 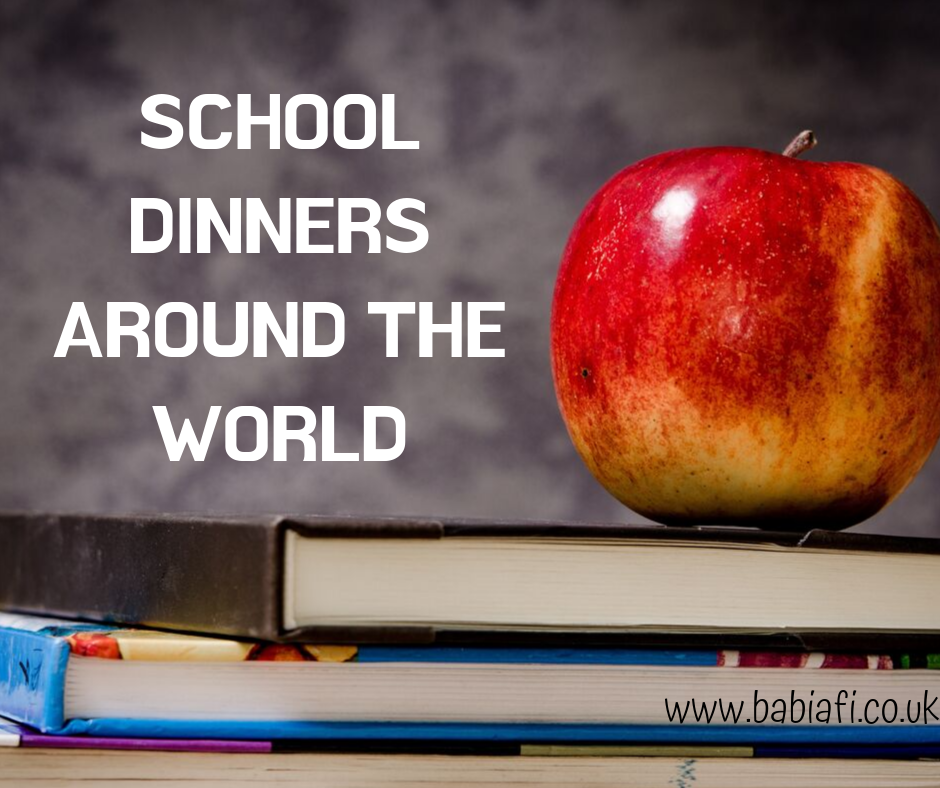 All the reception parents were invited along today to eat school dinner with their kids! Marianna had a bit of an 'I don't want it' fuss at first, probably because I was there and it's one of her staples, but she quickly settled down and ate her roast dinner with welsh cake for afters. 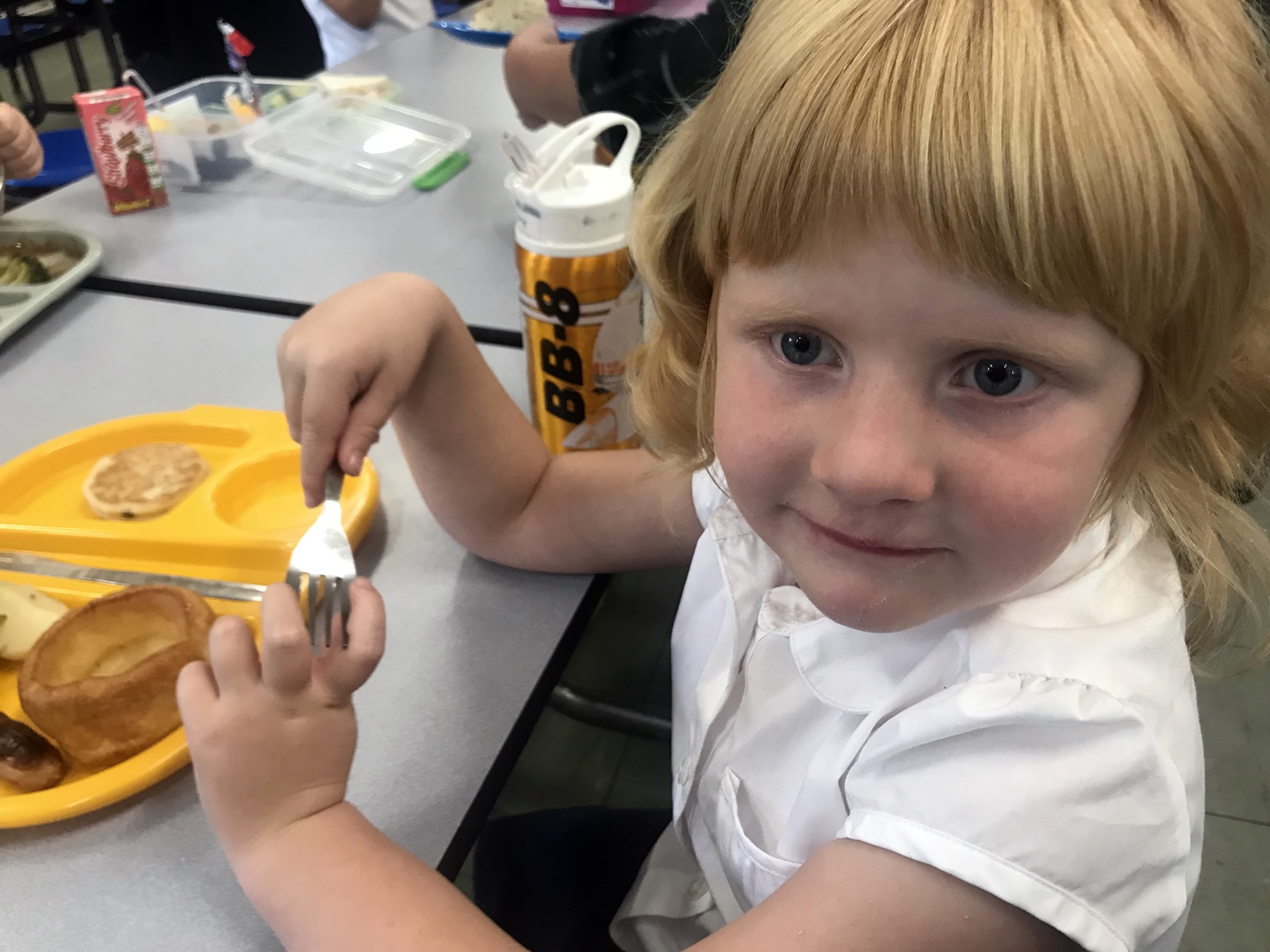 Most primary schools in Torfaen use the local authority's 'Funky Menu' for dinners, which cost £2.30 for infants or £2.40 for juniors. (If you earn under £7,400 your kids are entitled to free school meals.) Marianna's school has an afternoon snack on offer for 30p, plus there's the free school milk scheme for nursery and infant pupils, and free breakfast clubs funded by the Welsh Government. 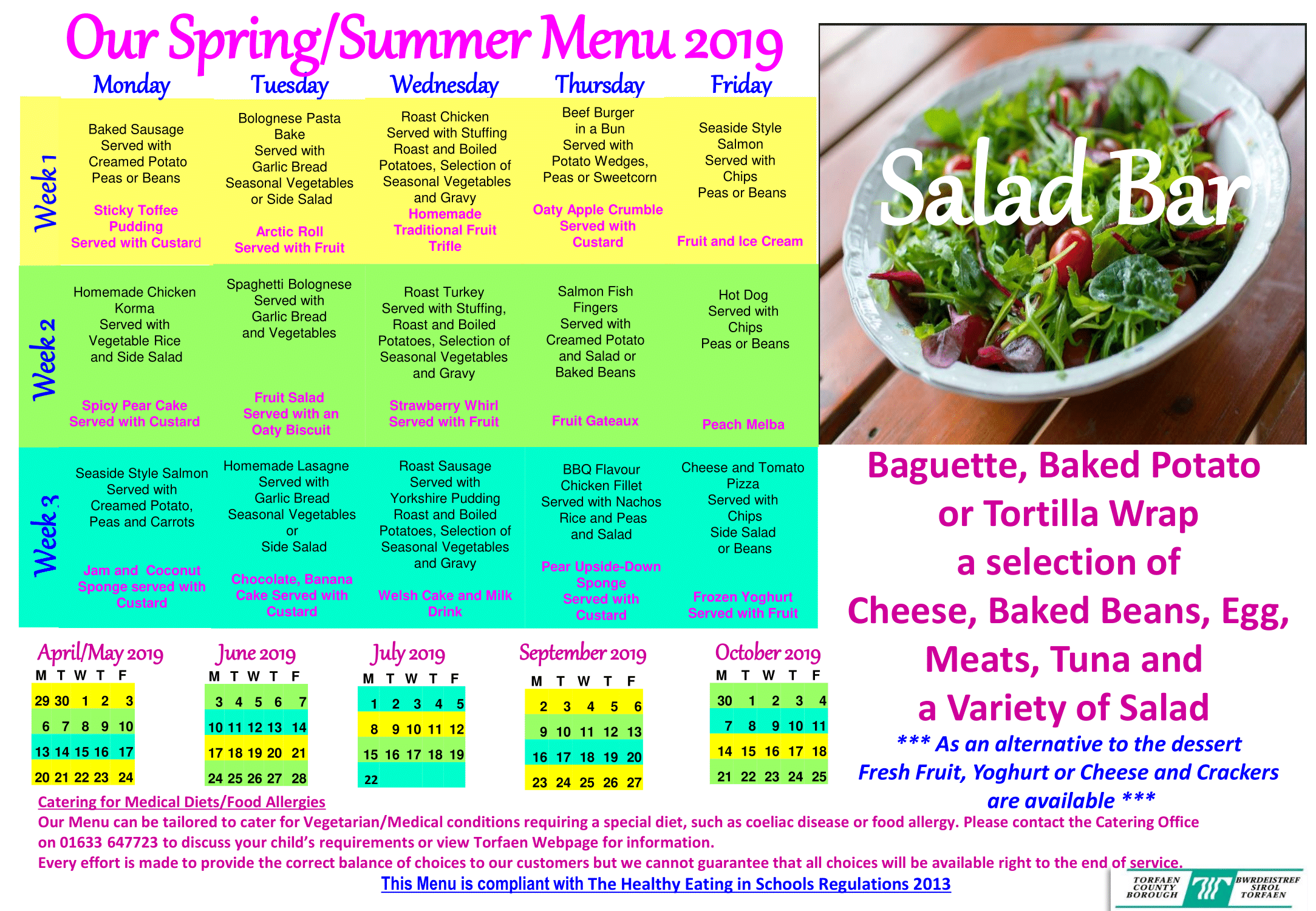 Around the world governments provide 370 million students with school lunches every day, with March 14th designated as International School Meal Day. Read on for a sample of school dinners around the world...


JAPAN's school lunches are heralded as the best in the world. For Japanese students, lunch is as much of a learning experience as any other part of the school day. They learn about the nutritional value of their food, as well as its cultural importance - all while they themselves prepare, serve, and clean up afterwards! Although the menus are varied, with different dishes each day, there is no choice and children are expected to clear their plates. Schools tend to charge about half the actual cost of meals, so around ¥250 (£1.85).

Free school dinners in EGYPT are vital to combat malnutrition and improving school attendance. In 2018 the Egyptian government upped the budget to provide 50 grams of biscuits for pre-school children and 80 grams for primary students, served with two pâtés, a halva bar and a date pie. The Food Safety Authority is tasked with inspecting schools to ensure the food they serve is fit for human consumption; thousands of students across  the country come down with food poisoning from their school dinners - in fact, school dinners had to be temporarily suspended in 2017 when over 3,000 children fell ill within weeks of each other.

Although ubiquitous here, not all countries have a tradition of school dinners. In ROMANIA children often attend school in morning or afternoon 'shifts', something which originated to deal with overcrowding and quickly became the norm. The system means children eat dinner at home, though younger kids are provided with a free snack to keep them going. 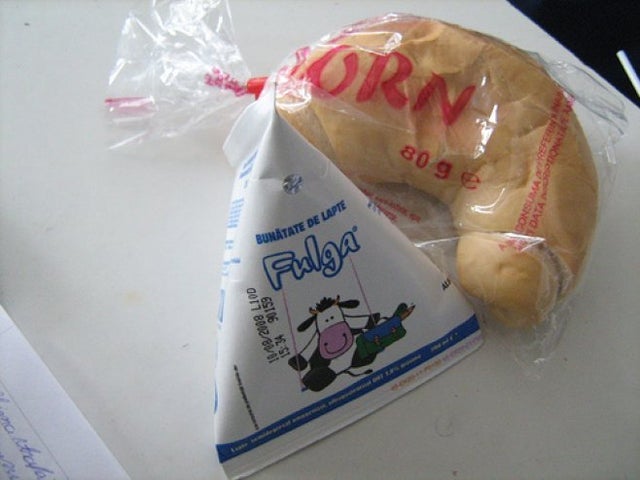 In AFRICA there is an annual Day of School Feeding to celebrate and co-ordinate school meal programmes across the continent. The African Union recognises not only the health benefits of providing kids with school dinners, but also the economic benefits of spreading wealth and creating employment. Eg. NIGERIA launched their free school meal programme in 2016; it now feeds 7 million children a day and employs 72,000 cooks. UK kids might not be that impressed with what's on the menu however, just check out this plate of fufu and caterpillars served up in the Republic of Congo. Yum! 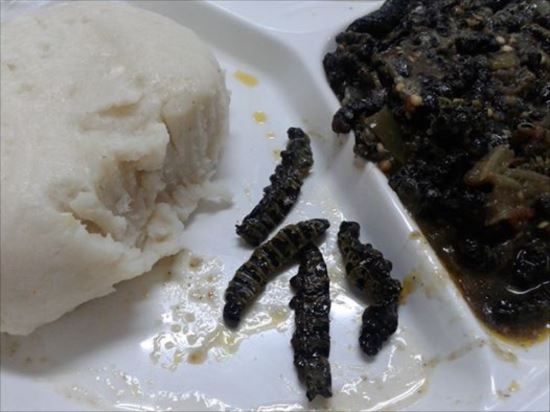 Image from the What's For School Lunch? blog.


Meanwhile some kids are being treated to gourmet lunches, day in and day out. SWITZERLAND's Institut Le Rosey is the most expensive boarding school in the world with tuition fees starting from £100,000 a year - and its pupils are fed accordingly with top class chefs and a formal dinner every evening. Back in the UK pupils at Harrow (a snip at £38,550 per annum) can expect nothing but the best: 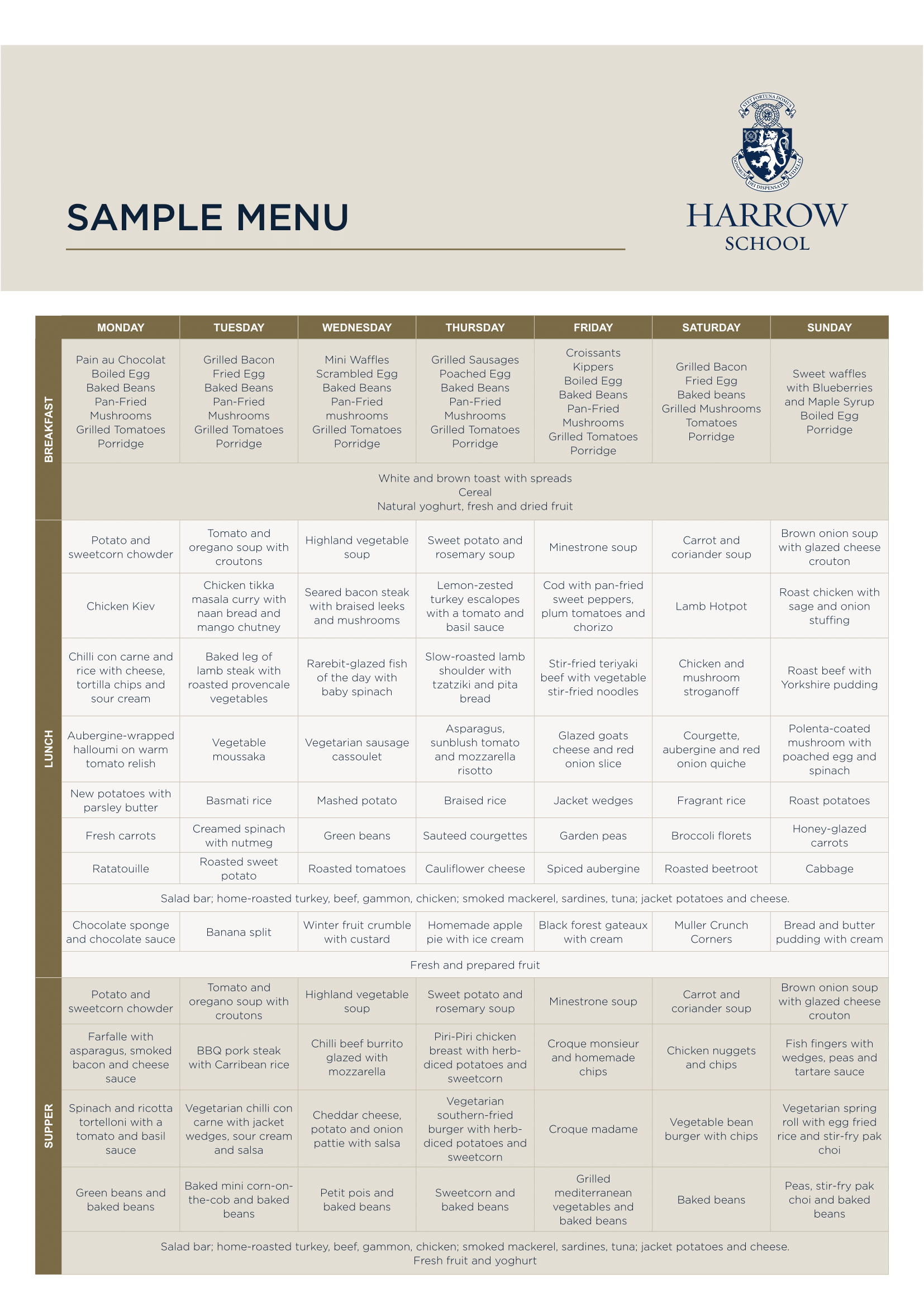 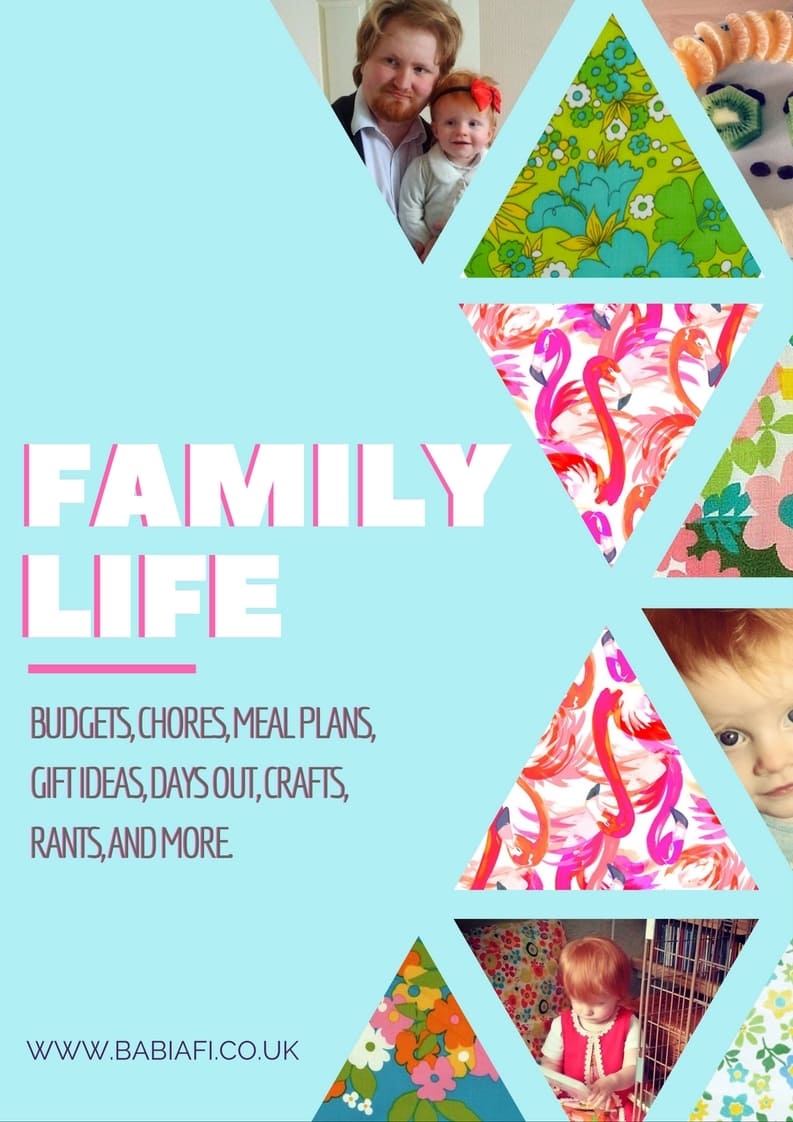