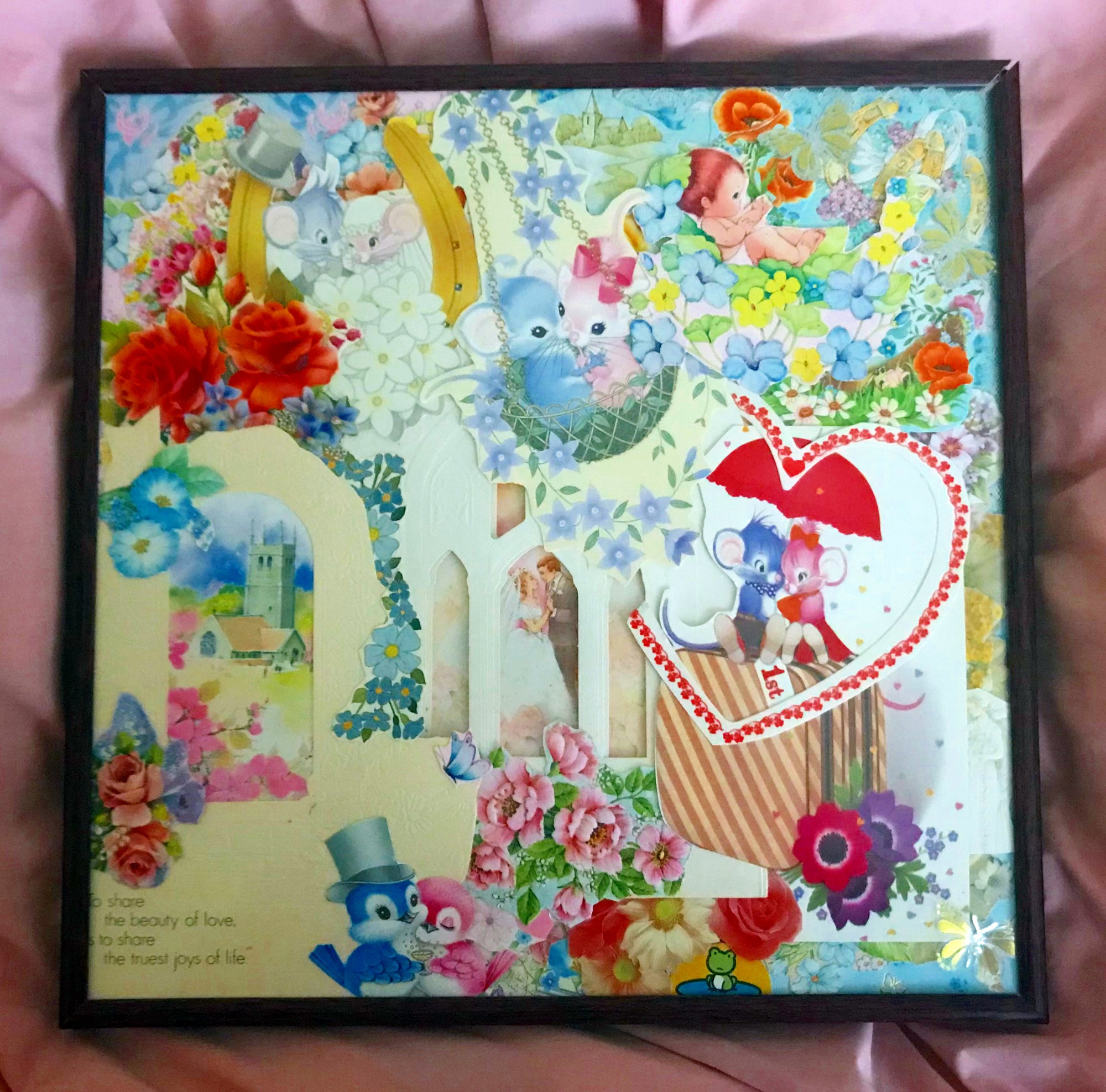 My mum was having a big clear out of the greetings cards she had amassed over the years - right back to her 16th birthday! - so I salvaged most of them for use in mine and Marianna's craft sessions. This week we used about half of the cards to make a few collages. The one above is for my bedroom. We had a wedding-y picture up already which Anthony hated, so I raised his hopes by telling him I'd get rid of it...

Then dashed them by revealing it was only so I could replace it with cutesy vintage animal illustrations, hehe.

The whites and creams look really boring in the photo, but in real life you can better see the embossing on them. The frames were a great win too; they're 12" record sleeve frames which were on sale for 35p each. The front is plastic rather than glass but, to be honest, it's probably better given our track record with smashed photo frames. 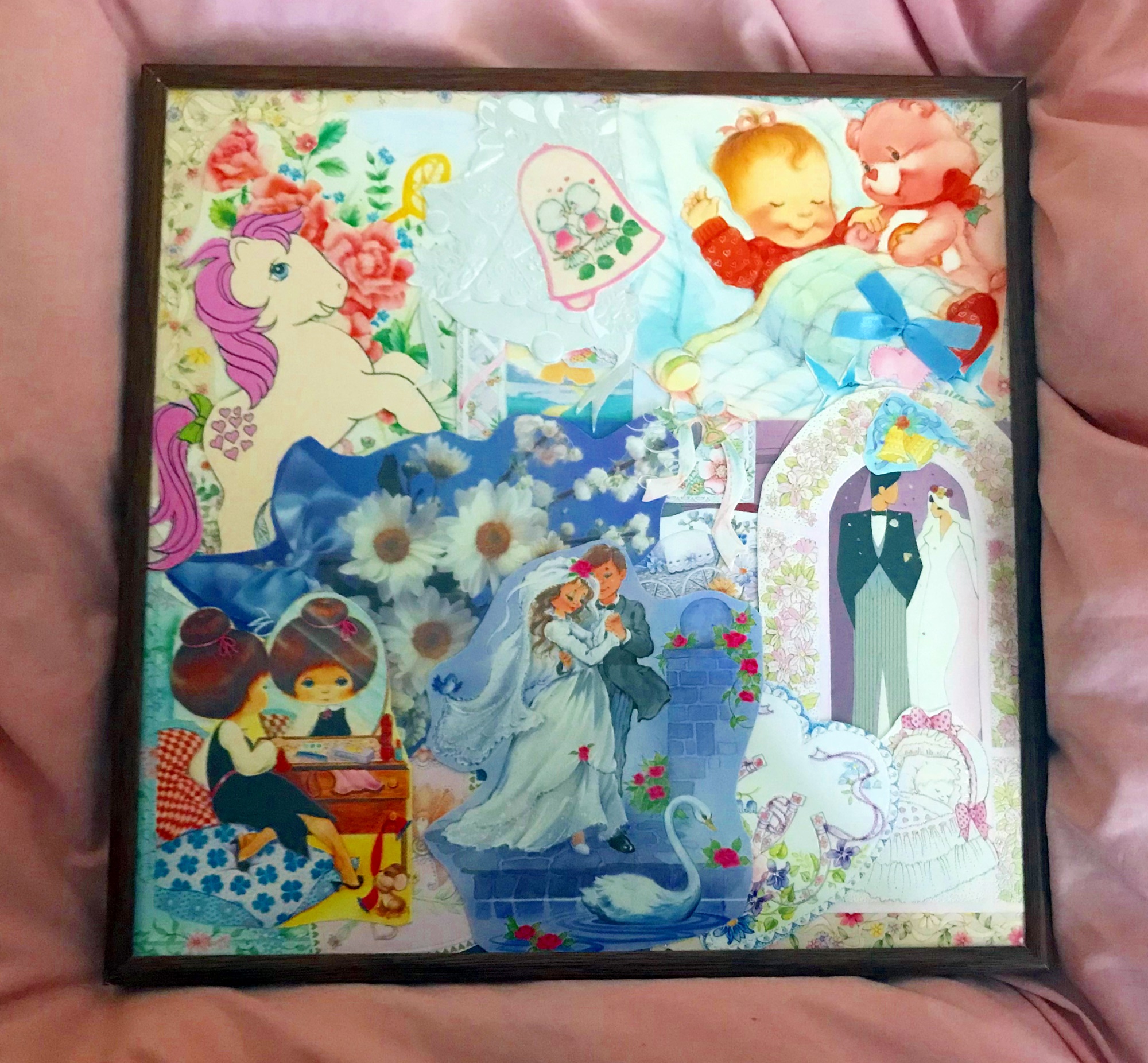 This one Marianna and I worked on together. We both picked out some of our absolute favourites to make a collage for my mum for Christmas. On the one hand it's a sweet gift from Marianna, and on the other it's a (hopefully!) nice reminder of the memories associated with the cards.

Marianna also made one entirely by herself. I busted out the stickers for this one too, to make it a bit easier for her. :) 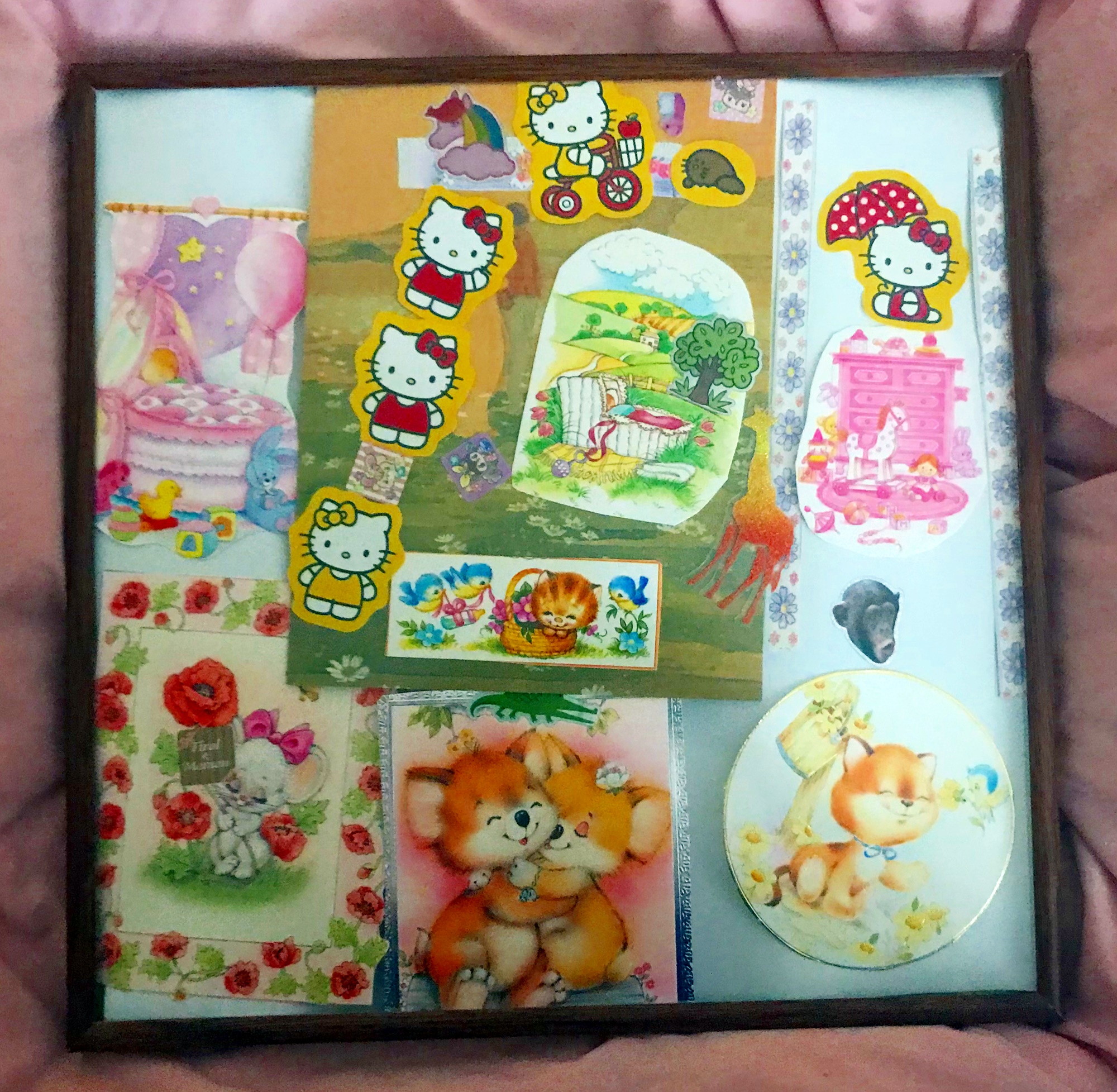