Nothing quite conjures up early Hollywood like a glamorous blonde destined for a tragic end...

In 1912 Martha Ehrlich, 14, decided she was going to be an actress and set about securing herself a role in a Broadway production of Little Women. She continued to work on the stage and as a model until she signed with the Essanay Studios for six months in 1917. After a stint with the Ziegfeld Follies, she turned to Hollywood where she became known for her role in Dr. Jekyll and Mr. Hyde. By November 1923 she was signed to Fox Film Corporation and working on the civil war drama, The Warrens of Virginia.

Martha had just completed a scene, dressed in ruffles and hooped skirts, when she went to sit in her car - and her clothing burst into flames. The chauffeur's hands were badly burned as he attempted to put the fire out, and her life was only saved by Wilfrid Lytell throwing his heavy coat over her head. Even so she suffered terrible burns and died the following day, aged 24. To this day it remains a mystery who threw the match witnesses saw set her dress aflame. 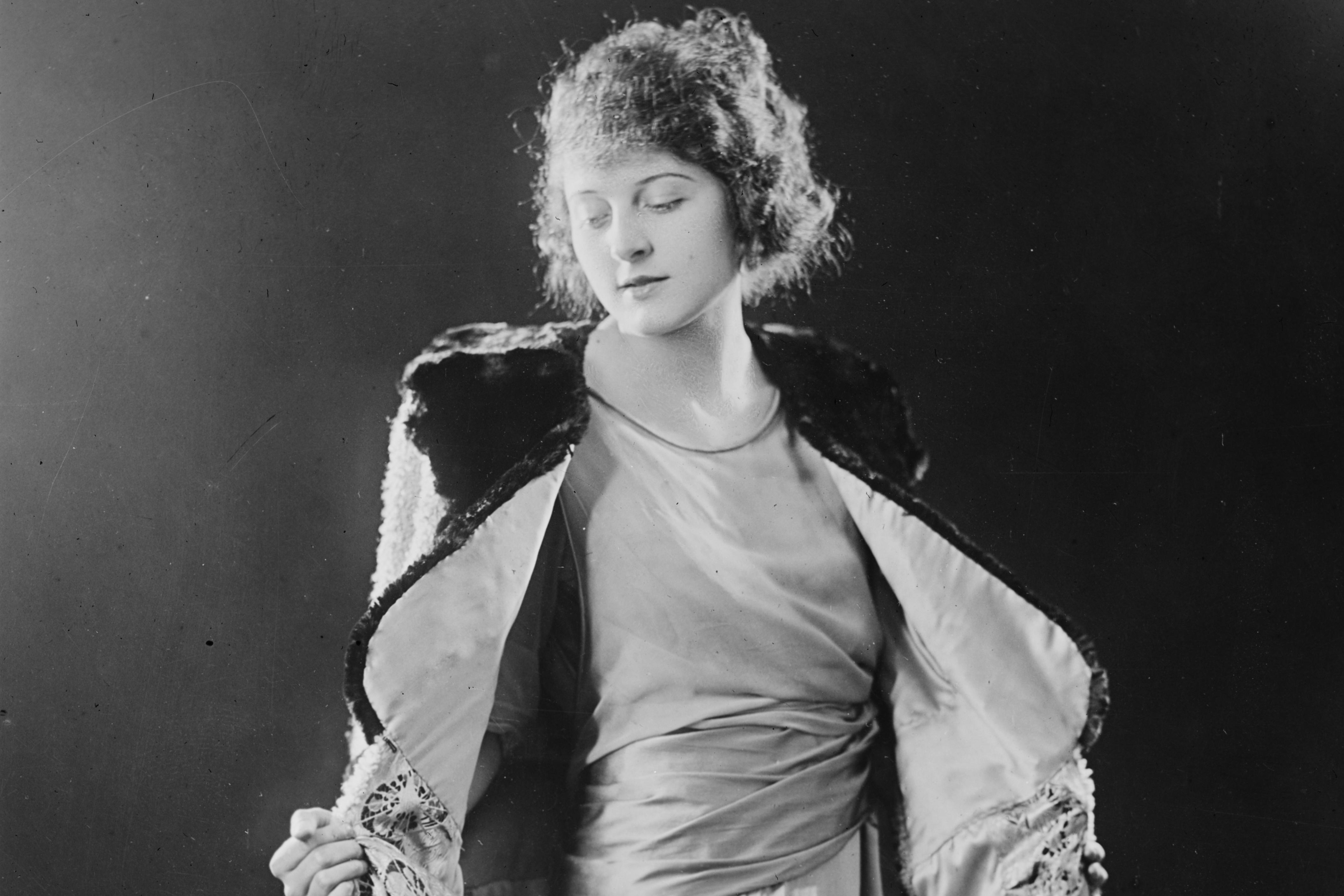 Nicknamed 'the ice cream blonde', Thelma Todd began entering beauty pageants after graduating high school in 1923. Just like the plot of a bad rom-com, she was talent spotted at one of these contests and by 1926 she was signed with Paramount. With the advent of the talkies she became a popular comedienne, playing opposite the greats of the day like Buster Keaton, Laurel & Hardy, and the Marx Brothers. In 1934 she invested in a cafe, using her star power to turn it into a highly successful business.

Thelma had everything to live for - but on the morning of Monday 16th December 1935 her maid, Mae Whitehead, found Thelma's body in her car. She had died of carbon monoxide poisoning, still dressed in the evening gown she had worn to a party on the night of Saturday 14th December. The official theory is that her driver dropped her off at around 3:45am on Sunday morning, almost two hours after her boyfriend, Roland West, had warned her to be home by. To teach her a lesson he had locked her out, leaving her little choice but to trek up a steep hill to her garage where she started up the car to warm up.

Except. Her hair was still perfectly styled. There was no way she had hiked up that hill in the wind. This also throws doubt upon any suicide theory, along with the fact that her career and cafe were on the up and, an awkward encounter with her violent ex-husband Pat DiCicco aside, her fellow partygoers said she had been in good spirits.

Thelma's mother, though later backing down, claimed her daughter was murdered and her chauffeur recalled that she had ordered him not to stop at any lights during the drive home, afraid of 'gangland bullets'. DiCicco worked for 'Lucky' Luciano, and there were claims that Thelma's Sidewalk Cafe was being used as a gambling den... Whatever the truth, Thelma was just 29 when she lost her life. 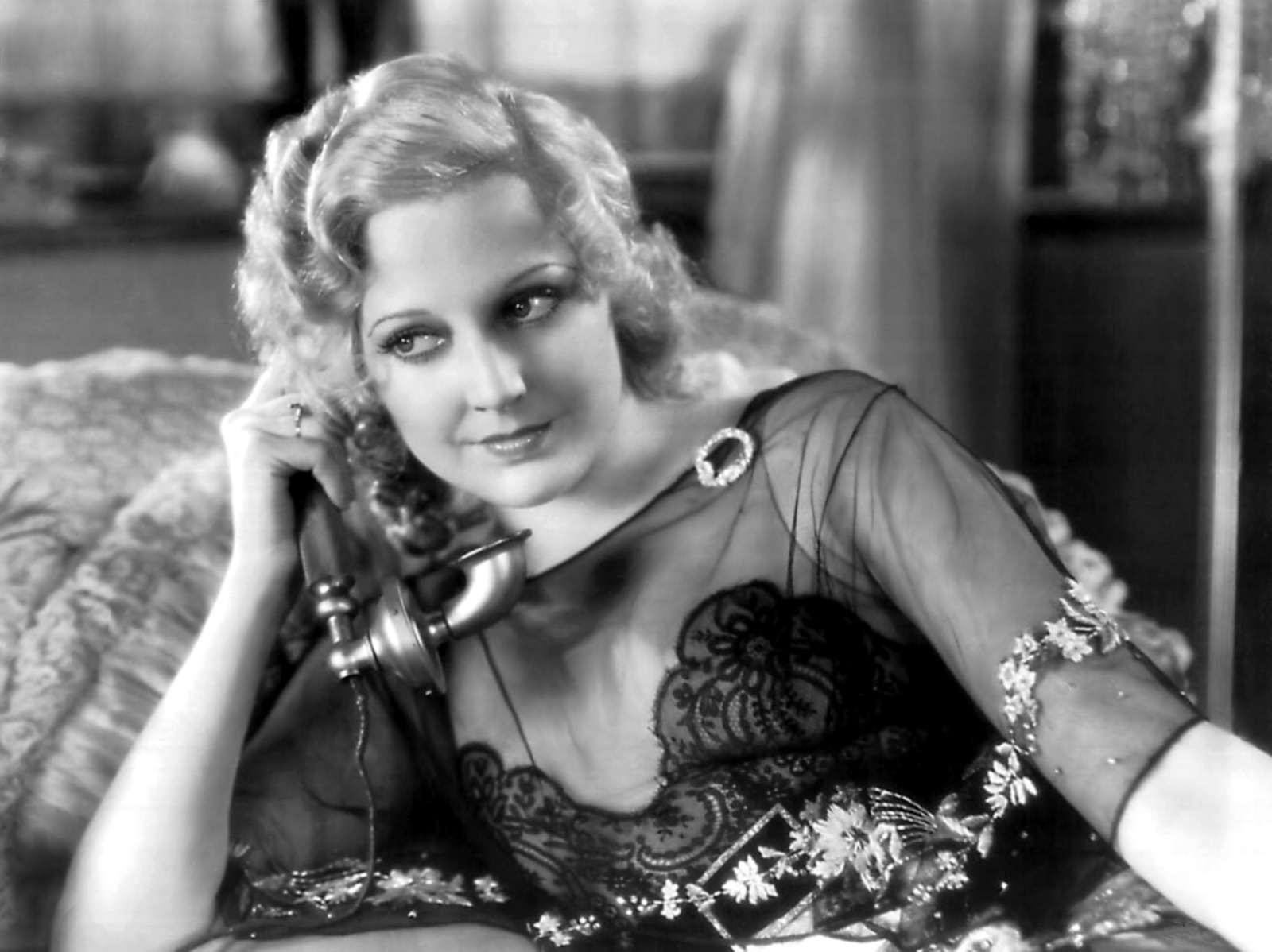 Born Harlean Harlow Carpenter, Jean Harlow's film career was something of an accident. Dared by her friend Rosalie Roy to audition for Central Casting, she used the name Jean Harlow and was offered various jobs before her mother convinced her to take work in early 1928 as a $7 a day extra in Honour Bound. By the end of the year she had signed a five year contract with Hal Roach Studios for $100 a week - only to tear it up in March 1929 on account of her career coming between her and her husband, Chuck McGrew.

After their divorce later that year, Jean returned to acting and bagged the leading role in Hell's Angels, the highest grossing film of 1930. Although her acting failed to impress the critics, her box office credentials were such that MGM bought out her existing contract for $30,000 on March 3rd 1932 - Jean's 21st birthday. Not even the premature and suspicious death of her second husband, MGM executive Paul Bern, could slow her rise to the top - nor her divorce from third husband Harold Rosson in 1934.

By 1937 Jean was a worldwide star, but the workload was taking its toll. She contracted severe influenza in the January, then suffered sepsis following a wisdom tooth extraction in March. On the set of Saratoga in May 1927 she complained of nausea and abdominal pain, and had to be escorted home on the 29th after almost collapsing, where she was diagnosed with an inflamed gallbladder. It wasn't until another doctor was brought in for a second opinion on June 6th that the truth was realised - Jean was in the final stages of kidney failure. She was admitted to LA's Good Samaritan Hospital that evening, but fell into a coma and died at 11:37am the next morning, aged just 26. 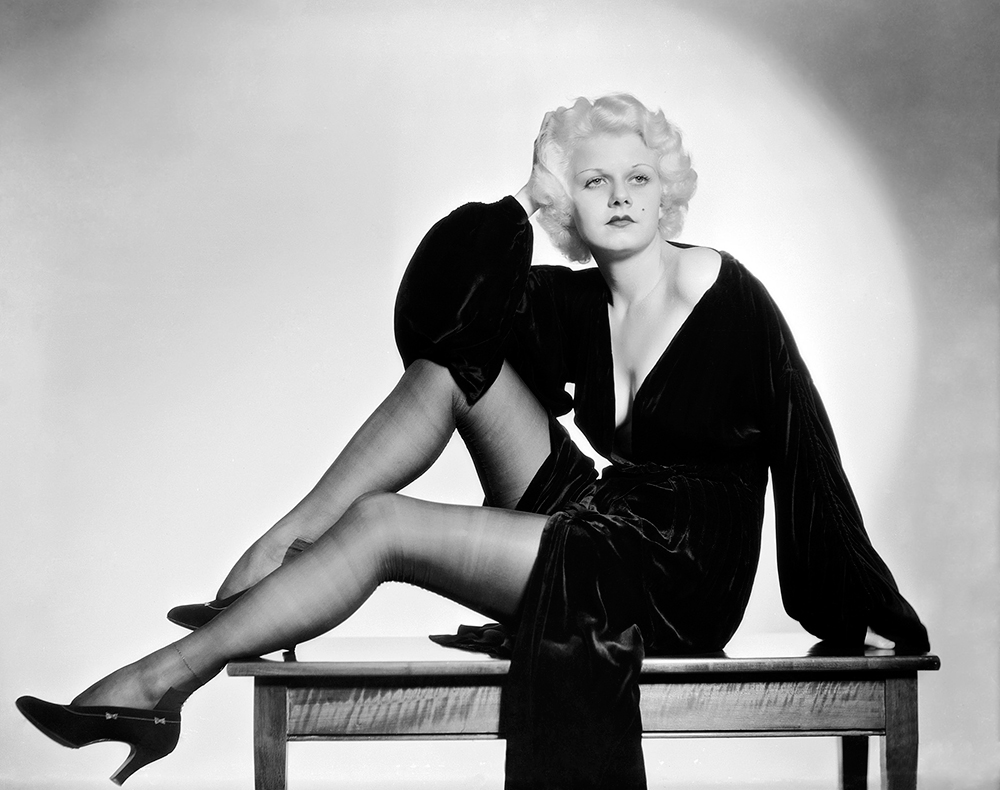 Olive Duffy dropped out of school at 15 to get a job, and married Bernard Krug Thomas less than a year later in April 1911. By 1913 they were separated and Olive moved to New York to live with family. There she won the 'Most Beautiful Girl in New York City' contest and began a new career as an illustrator's model. From there she joined the Ziegfeld Follies in 1915 and entered an affair with Florenz Ziegfeld, who refused to leave his wife, Billie Burke, for her.

In 1916, having obtained a divorce from Thomas, she began dating Jack Pickford. They eloped together in October 1916 and married, though in public they played the long game and only announced their engagement in 1917. By 1920 their tumultuous marriage was on the rocks and, in an attempt to save it, the pair travelled to France for a second honeymoon. After a long night of partying they returned to their hotel room around 3am on September 6th 1920, where Jack promptly fell asleep.

Olive, tired and the worse for drink and possibly cocaine, mistook Jack's liquid mercury bichloride - prescribed to treat his syphilis - for sleeping pills and began screaming. She was rushed to hospital but eventually died five days later. Officially recorded as an accident, rumours of suicide, overdose, and even murder continued to circulate until Jack's death in 1933 and beyond. 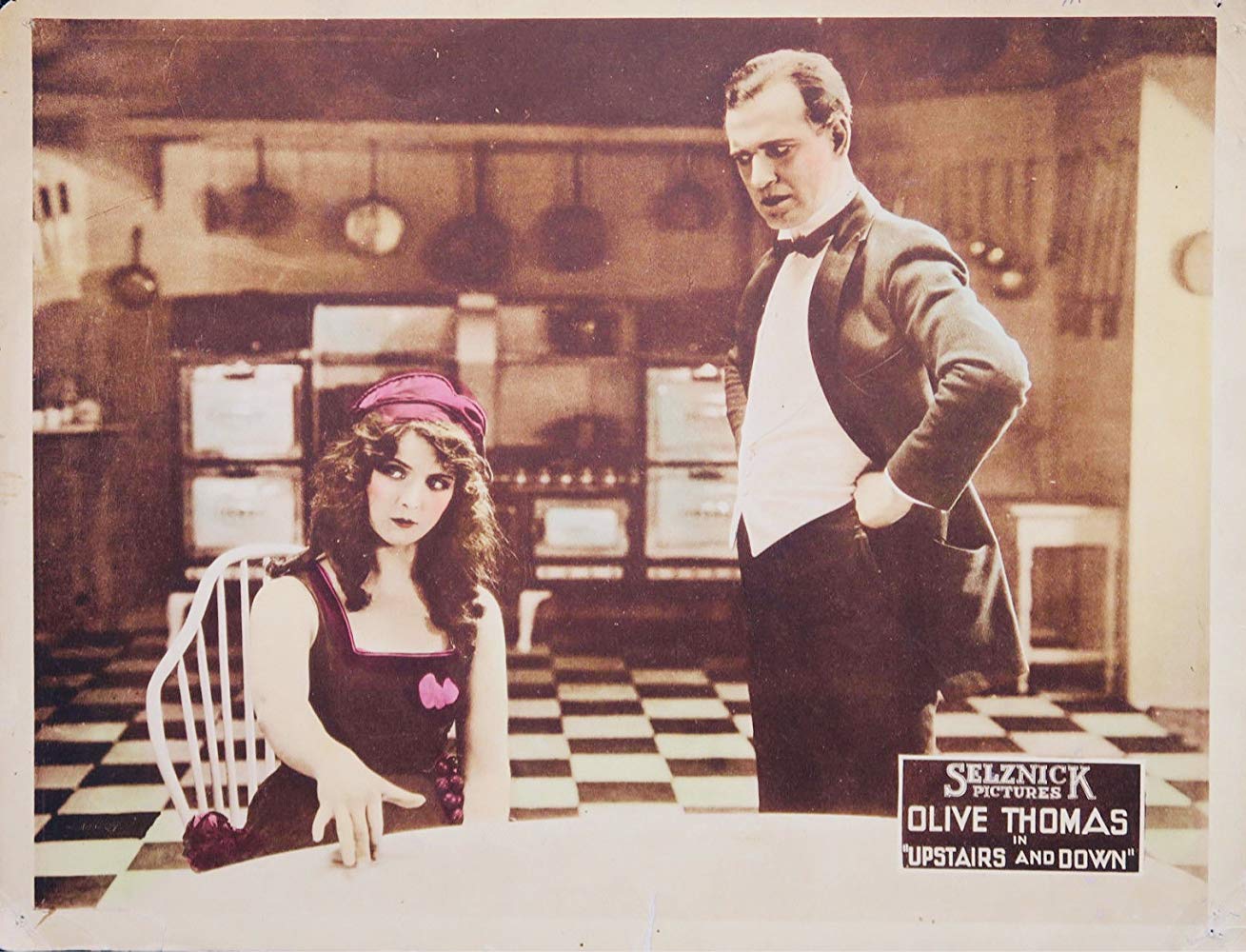 There are tragic starlets and then there is poor little Lucille Ricksen. Born Ingeborg Myrtle Elisabeth Ericksen in 1910, both she and her older brother Marshall were put to work as models and actors practically from birth. At 11, Samuel Goldwyn cast her in The Adventures of Edgar Pomeroy, and she quickly became recognised as one of the most promising actresses of her generation.

That wasn't enough for her agents. By 1923 she was being cast as an adult and proclaimed as the silver screen's youngest leading lady by the press - even after aging her up by three years. Her workdays were long and gruelling, so much so that she churned out ten full length films in just seven months in 1924. Later that year she fell ill, though continued to work on The Galloping Fish and then The Denial, until she was diagnosed with tuberculosis and confined to bed in January 1925. Just a few weeks later, towards the end of February, her mother Ingeborg suffered a heart attack and collapsed - dead - atop Lucille's bed.

On March 13th Lucille followed her mother to the grave. Her official cause of death was TB. Rumours swirled that the real cause was a botched abortion, possibly the result of an encounter with The Galloping Fish co-star Sydney Chaplin. Her death was seen as a warning to parents not to force their child stars to grow up too soon. For 14-year-old Lucille it was already too late. 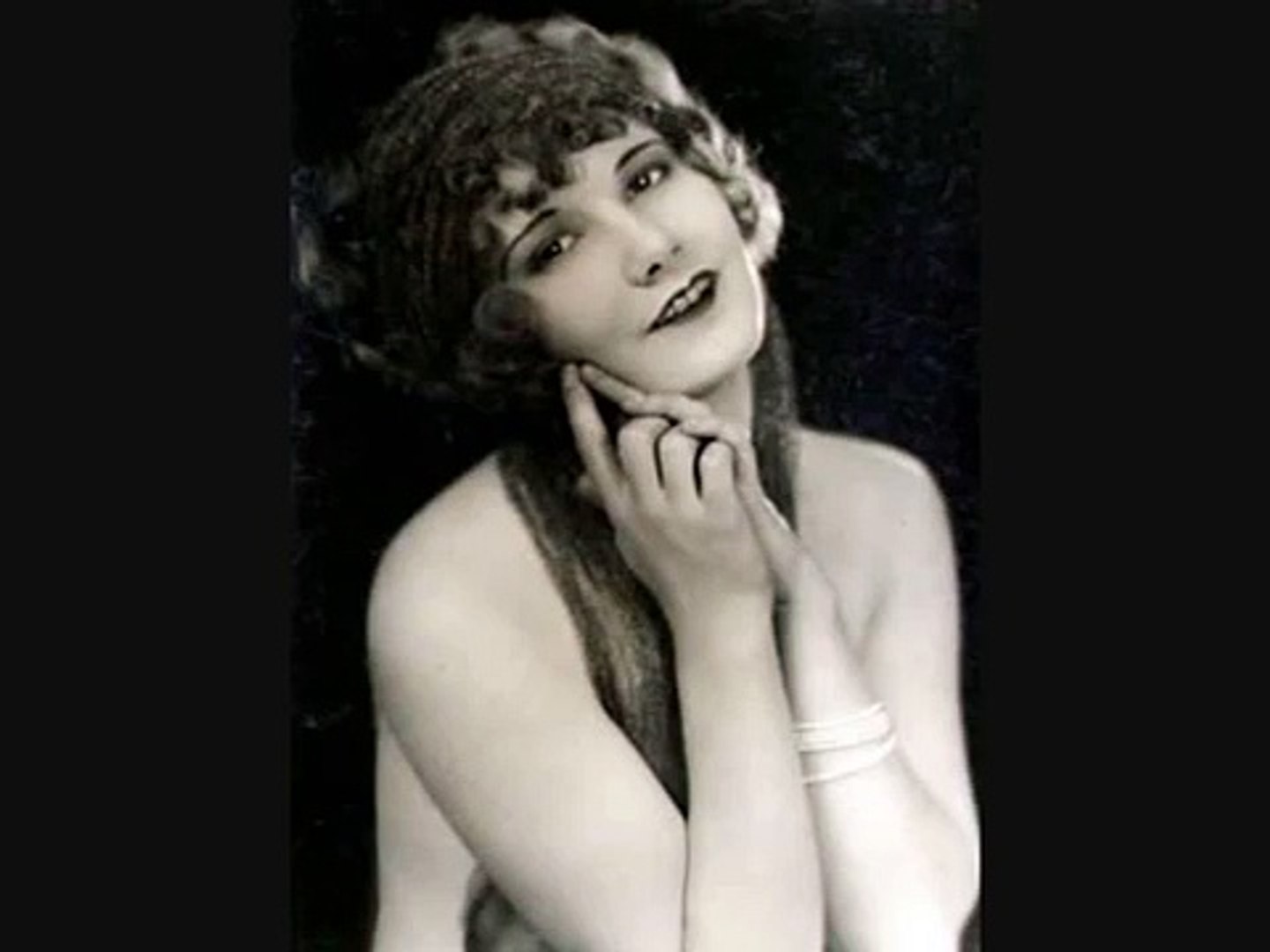