In honour of today's election results, here are five [other] awful prime ministers the UK has been lumbered with...

(I've decided to only write about prime ministers who served before living memory. It's easier to be objective about them.)

Perceval was something of a divisive figure, but he wasn't terrible. He was a proto-Victorian: a practising barrister who was moderate in his habits, prone to great acts of charity, and very much invested in life at home with his thirteen children. Unfortunately he also had the terrible luck to be the only British prime minister to be assassinated.

Today it is pretty much all he is known for, and you would be forgiven for thinking it was a clear reflection of his policies or popularity. The truth was a whole lot more murky. Perceval had made enemies, and his determination to wage war with France had lead to poverty, unrest and general suffering for many, but his assassin was a mentally unstable merchant with a personal grudge.

John Bellingham was tried and executed within the week and, though he maintained he acted alone, there has always been suspicions he had accomplices. I recommend Why Spencer Perceval Had To Die by Andro Linklater as a really interesting read which explores a potential conspiracy theory. 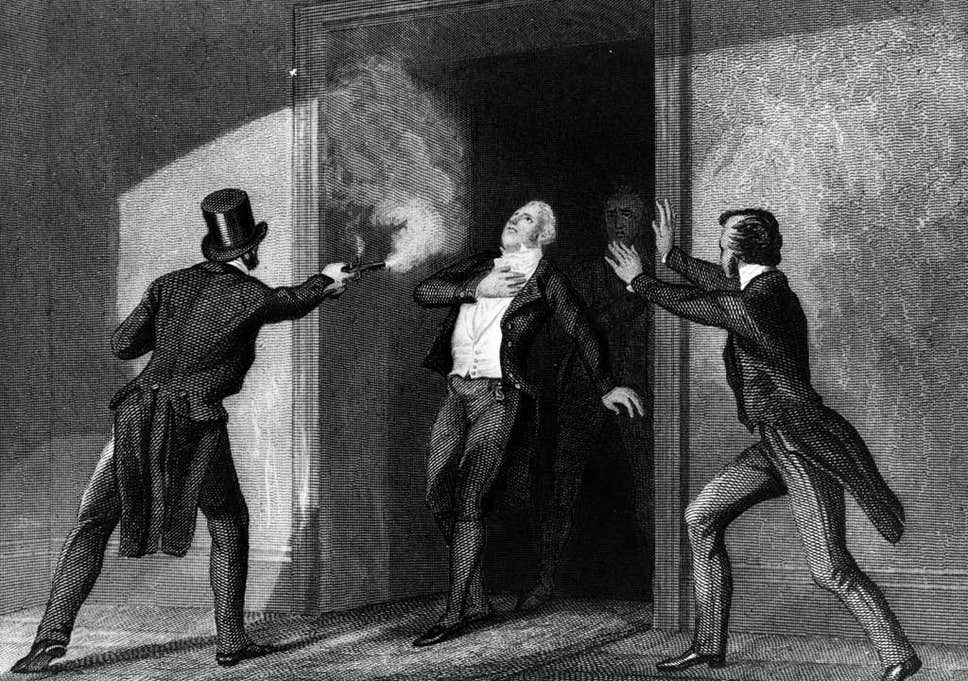 Balfour became prime minister in 1902, succeeding his uncle Robert Arthur Talbot Gascoyne-Cecil, 3rd Marquess of Salisbury. Keep it in the family, eh? He accomplished the signing of the Entente Cordiale which vastly improved UK relations with France, if not with Germany, but came under heavy fire for his government's sanctioning the use of indentured Chinese slaves in South African gold mines. On the domestic front he was leading several unpopular policies, in particular tariff reform and the 1902 Education Act which gave state support to Catholic and Church of England schools, while abolishing the 2,500+ elected school boards and handing their responsibilities over to local councils.

This effectively removed all input by religious non-conformists who, traditionally, had been very influential on the school boards. John Clifford, a Baptist pastor, set up the National Passive Resistance Committee which encouraged people not to pay their rates (council tax) in protest. By 1904 over 37,000 people had received summonses over this and 80 were in prison. By late 1905 Balfour was so unpopular he resigned as PM, hoping it would save the Tory government.

At the 1906 election the Liberals won a massive landslide victory, and Balfour lost the parliamentary seat he had held since 1885. 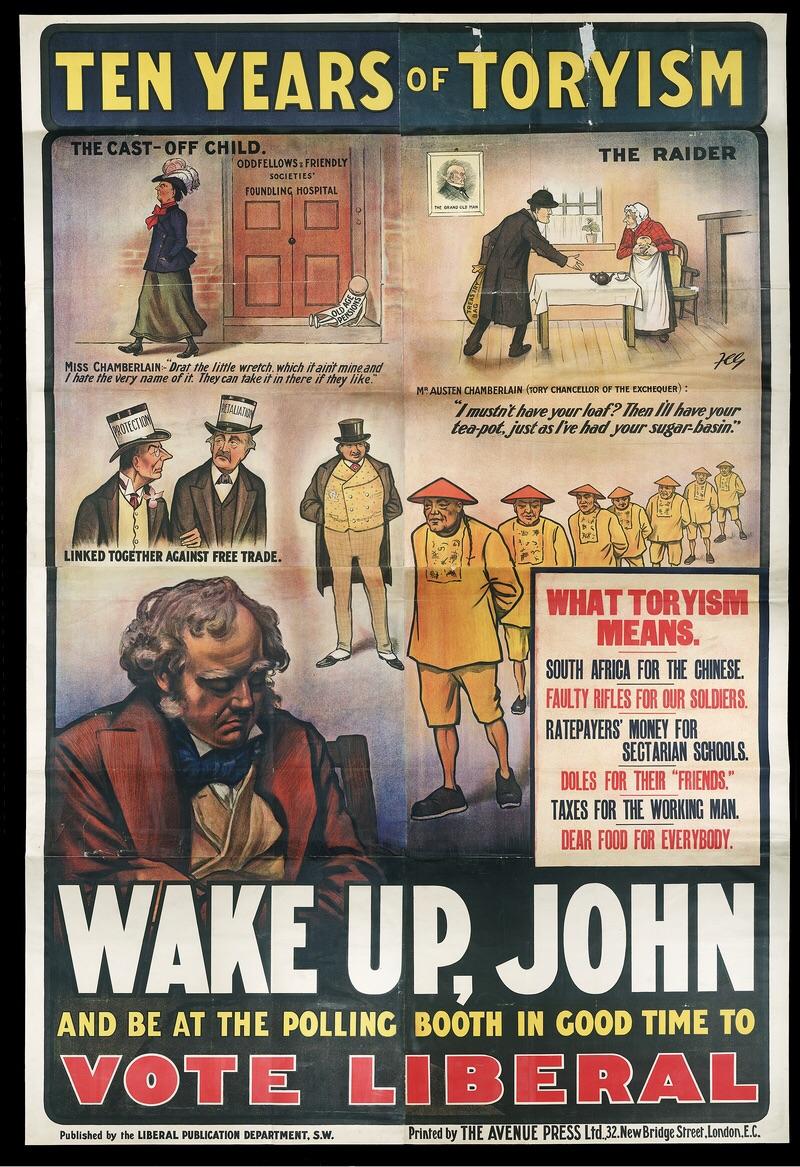 Wellington, like the iron lady herself, was not for turning. In the military this made him a great conquering hero - and gave him the strength to push through the much needed Catholic Relief (aka Emancipation) Act of 1829 - but it wasn't so useful when up against the power of public opinion.

In 1828, when Wellington was appointed prime minister, the country was crying out for political reform. The franchise had to be widened, and new urban industrial centres desperately needed parliamentary representation. (Just watch the Blackadder ep 'Dish and Dishonesty'; it explains the whys of the reform crisis better than any textbook!) Wellington steadfastly refused all attempts at reform, even as riots broke out around the country during the summer of 1830, which ultimately lead to him losing a vote of no confidence that November.

Political wrangling followed between the Whigs and the Tories as the former tried to get a bill passed, and Wellington had to have iron shutters fitted at Apsley House in 1832 because every time the Tories set reform back, rioters would head straight for the Duke's residence and smash all his windows! Really, Wellington brought us as close as we have ever been to a French style revolution. Still, when his opponents succeeded and the new reformed parliament finally sat, Wellington was said to have commented:

"I never saw so many shocking bad hats in my life."

Wellington, a man with his priorities straight. 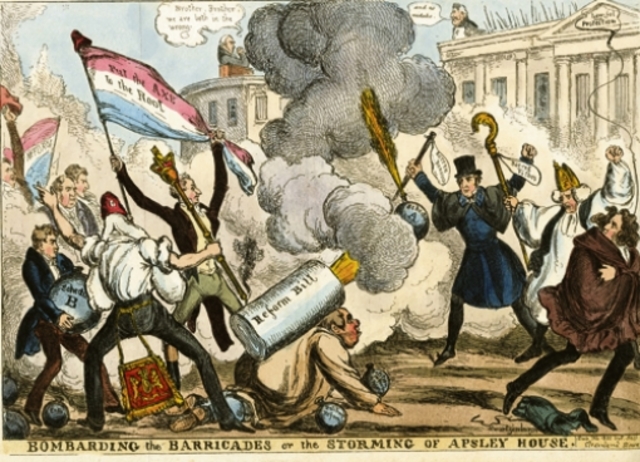 Goderich wasn't terrible in the sense that he ignored public opinion, or couldn't work with other people. He was just terrible at being the prime minister. First elected in 1806, Goderich steadily moved up the ranks of the Tory party, proving himself a good administrator with an eye for detail, even if he could be a bit of a bleeding heart liberal. He was known as 'Goody Robinson' for his support of causes such as Catholic emancipation and the abolition of the slave trade, and 'the Blubberer' for his propensity to cry under stress.

Stress and Goderich just didn't mix. He had asked Lord Liverpool to shuffle him out of the Chancellor's office but the old man died before he had chance. His successor, George Canning, made him Leader of the House of Lords and Secretary of State for War and the Colonies - but was ill himself and died in office in under four months. Goderich, known for his neutral almost civil servant like approach, was given the task of holding the government together, while at home his third child was born (almost a year to the day his baby sister had died, just like the brother before her) and his wife had a nervous breakdown.

In short, Goderich was in no fit state to lead anything, least of all a disintegrating coalition. He resigned after just 144 days - in tears, leading the ever charitable George IV to call him "a damned, snivelling, blubbering blockhead." Goderich was relieved to be free of it, just the same, and went on to serve as a cabinet minister among other roles for years to come. 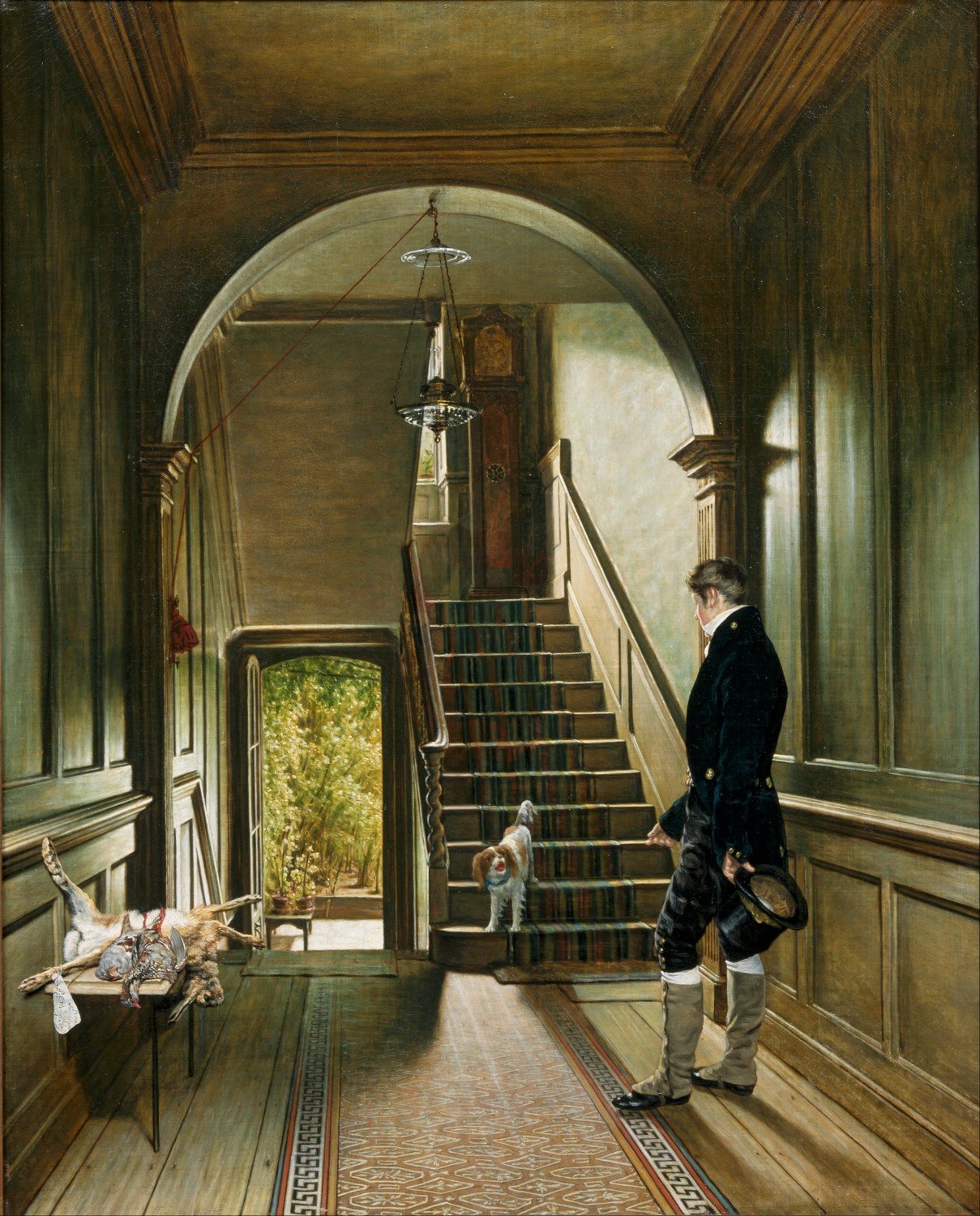 The Staircase of the London Residence of the Painter by Pieter Christoffel Wonder, depicting Goderich on the day of his resignation in January 1828.

History has not been kind to Lord North - and contemporary opinion wasn't all that much better! North's ministry started out fairly well in 1770; he had a good relationship with George III and oversaw a successful conclusion to the Falklands Crisis of 1770. (AKA it kept the status quo but solved none of the actual problems... sound familiar?) It proved the might of the Royal Navy and lulled North into a false sense of security over the potential for intervention in Britain's colonial interests.

This fed into the hard line North took after the Boston Tea Party, and the way he handled the outbreak of the American War of Independence. After the British defeat at Yorktown in 1781 North's popularity plummeted, his ability to get on with the King became seen as allowing parliament to become once more subservient to royalty, and he was eventually forced to resign following a vote of no confidence.

Initially he hoped that this ousting from office might be temporary but, after a short stint as Home Secretary in coalition with the radical Whig leader Charles Fox in 1783, he never rose beyond backbencher again. 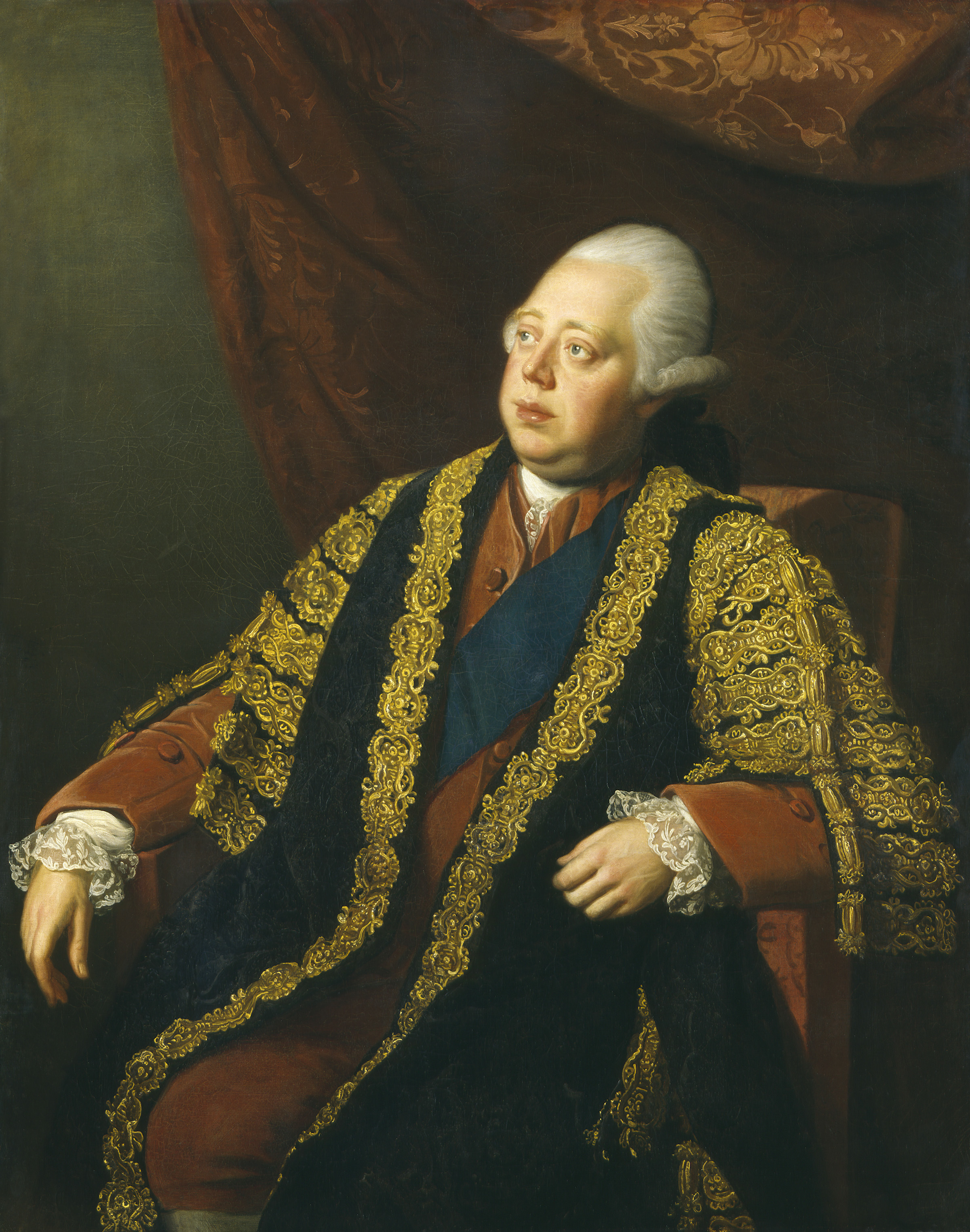