Ten Things Depression Does To You 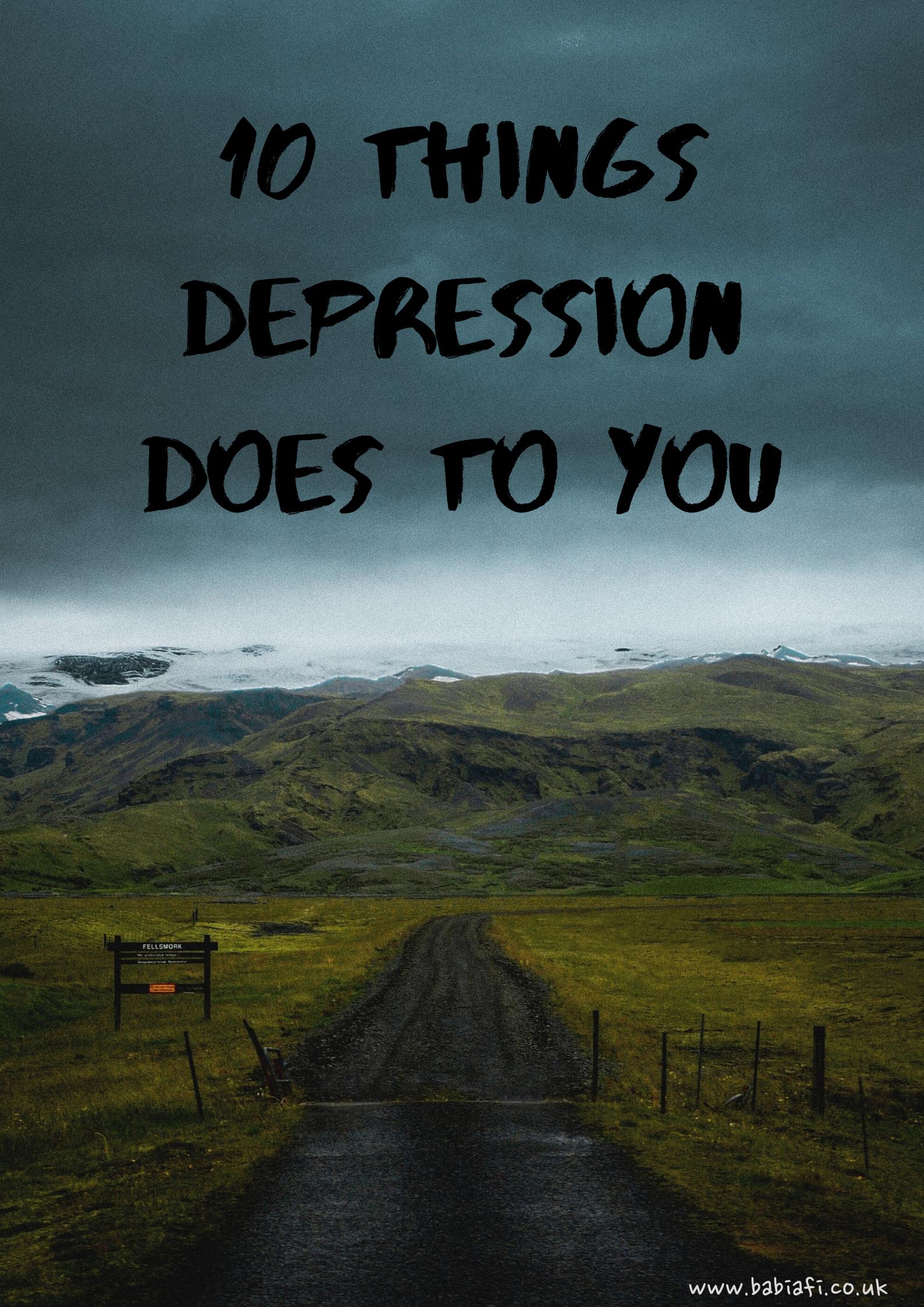 It Makes You Unhealthy

Moreso, that is. Because it's not enough to effect you mentally, the knock on effects - disordered sleeping, eating, poor hygiene, constant tension - can't help but impact you physically.


It Makes You Not Care

Are my seams straight? Do these colours match? Is this outfit on point? They're the kind of questions that just don't matter much anymore. Like the dust on the baseboards or the DIY project you totally meant to complete three months ago. It's not that you don't have the time - though you probably don't - it's just that tackling them seems such a monumental effort it's better not to start.


Even As It Makes You Care Too Much

You might not be completing the tasks, but you're worrying about them instead of sleeping at half past three in the morning. You're over-analyising every word that came out of your mouth at work, and every look cast in your direction on the bus. Were they judging? Did they know? And on and on and on, ad nauseum.


It Makes You Hold Grudges

Overthinking begets over-sensitivity, until it starts to imprints the negative on your brain. When you're well you can just ignore idiot comments on Facebook and get on with your life. When you're ill they twist and fester, their owners pencilled up on a list that gets served up every time you question what's wrong with the world.


Against Yourself Most Of All


And It Makes You Selfish

You become self-absorbed. Insular. So focused on the mess in your head you lose sight of the things - the memories and the moments - passing you by. Before you know it months, even years, have flown by, and you can't pick a single thing out to distinguish any of them.


It Turns You Into A Liar

There are the lies you tell yourself and the lies you tell those around you. How you're fine, or you will be, and if you look terrible it's only because you're just a little under the weather. It doesn't matter how many public information campaigns they run, it's still way easier to say you couldn't make an event because of a bug, rather than 'I gone done something stupid and spent the day puking up prescription medicine.'


And A Total Flake

See above point on excuses and the need thereof. :/ It's not just parties and important dates you miss either, but more mundane tasks like staying on top of the grocery shopping and the finances.


It Robs You Of The Things You Enjoy

Eve if you dredge up the energy to do them, they feel like a chore instead of one of the things that make life worth living.


Worst Of All, It Makes You Lose Faith In Yourself