Five Aliens Among Us 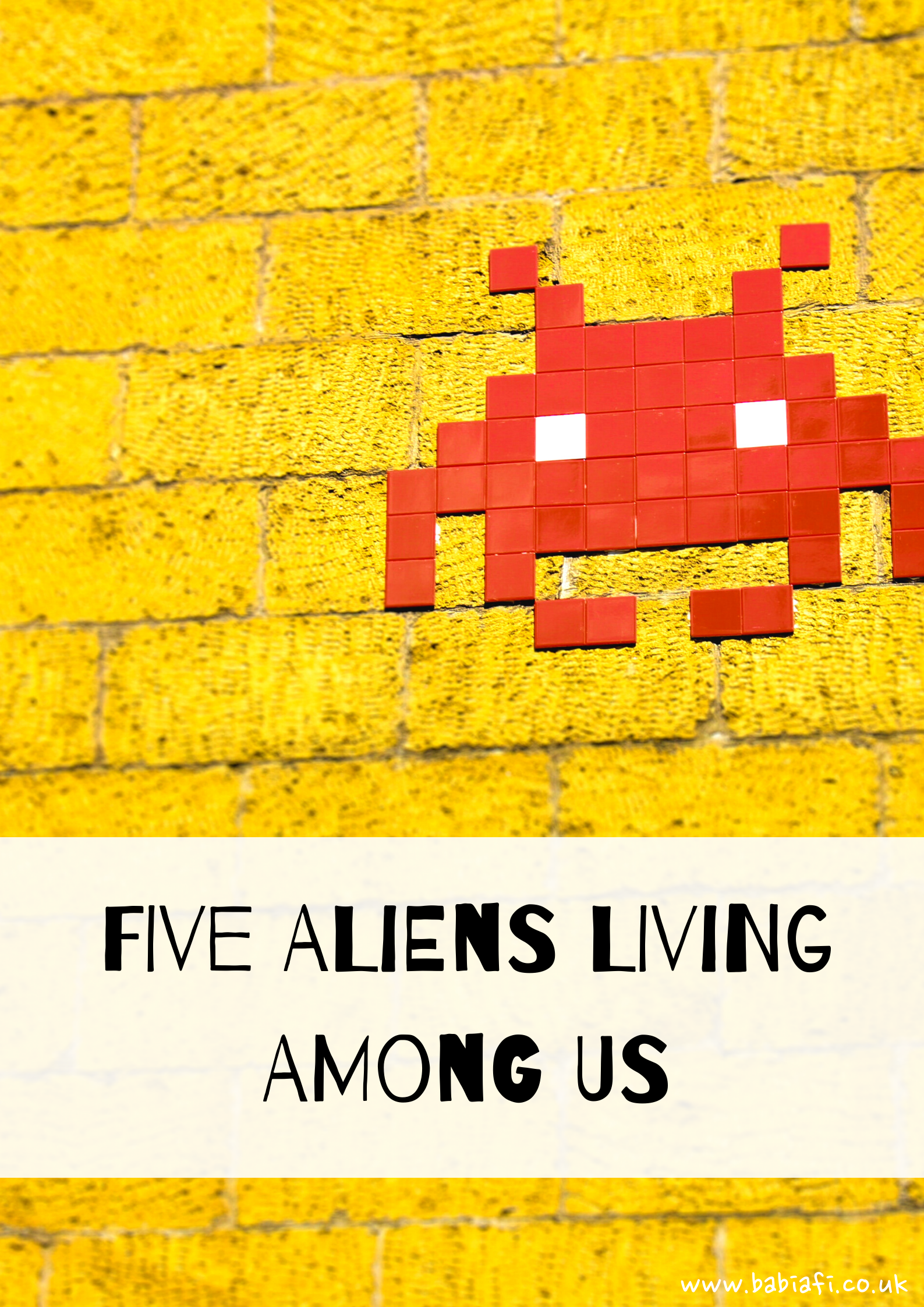 Some people believe that aliens - like the truth - are out there. Some believe they have already arrived, be it sucking the blood out of cows, abducting suitably fertile women, or languishing in warehouses at secret US military bases. But some people go one step further -

Aliens already live among us.

They look like us, sound like us, and are all but indistinguishable from the rest of the population. Unless, of course, you're in the know. So here are five of the more famous alleged aliens.

George Adamski was - and is - a real Marmite figure. He is also the guy who really got the whole 'contactee' movement going in the 1950s. His background involved setting up his own church - allegedly for the legal right to produce his own wine during prohibition - and then letting people assume his camp was connected to the Palomar Observatory and that he himself had earned the title of 'Professor' legitimately.

In addition to a famous (and famously debunked) 1952 photograph of a UFO, Adamski is perhaps best known for his contact with the so-called 'Nordic' aliens. These Nordics hailed from Venus, had long blond hair, blue eyes, and communicated via telepathy. They also had weird names like Orthon and the desire to take randomers on trips around the Solar System.

Regardless of whether or not you believe, Adamski shaped much of the extraterrestrial discourse over the next few decades. He even got his own comic book! For more on Adamski's life and teachings, check out The Adamski Case online. 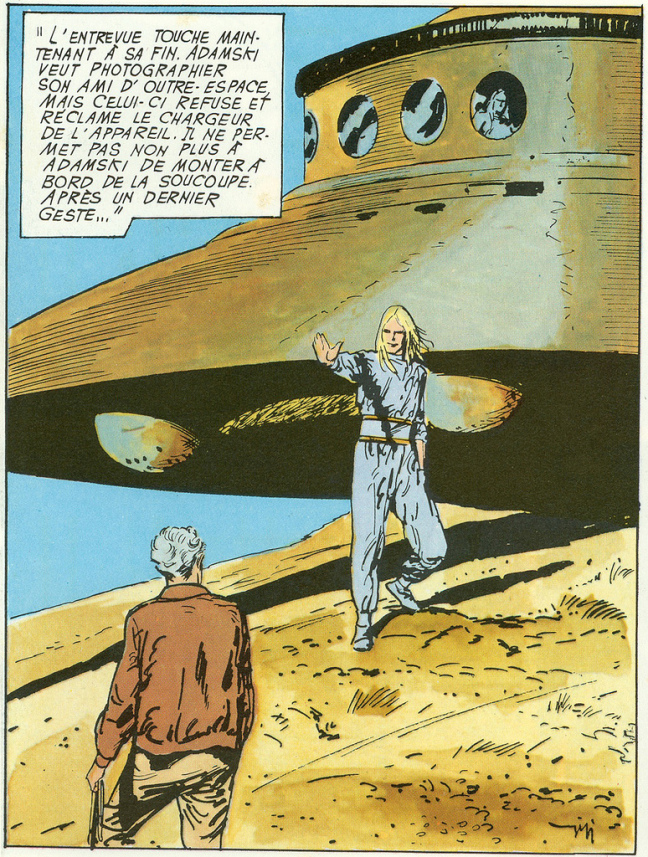 If you've not heard of the Amicizia case you've been missing out on one hell of a story!

Italian for 'Friendship', the Amicizia case began back in 1956 when a kind of federation of alien races - the 'W56' - made contact with various individuals in Italy. These aliens wanted to help us help ourselves. Or, in other words, had the usual mission of stopping us from blowing our planet up before we had chance to evolve past the need for petty violence. Where the W56 differ from other contact tales is in their assertion that they're involved in their own space wars.

Not only are they busy fighting other races, they're also keeping us safe from the 'CTR' - a race created as a (failed) experiment by the W56. Whatever. The one thing we can be sure of is that to keep battling, the well-to-do Italians they contacted needed to keep bankrolling them. Stefano Breccia, university professor and contactee, interviewed around 80 other contactees for his books on the subject and revealed the W56 - whoever they are and whatever their origins - have been provided with industrial quantities of strontium, barium nitrate, and fruit which they allegedly turned into green pills that provided 48 hours sustenance.

There are a few photographs purporting to be of members of the W56, like this one of an alien supposedly standing 10 foot tall, taken by historian Bruno Sammaciccia: 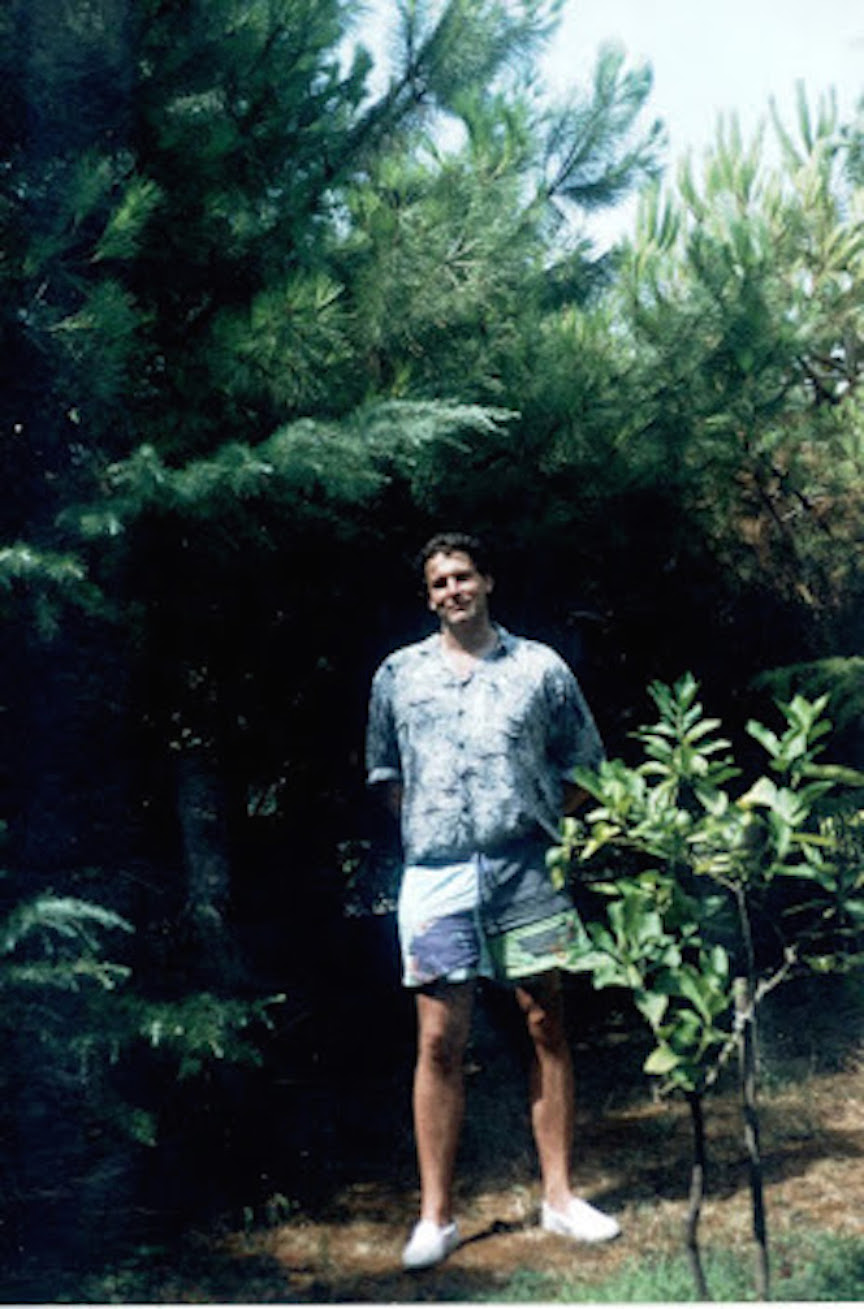 Born on the astral plane of Venus, Omnec Onec grew up as Sheila Gipson - an American girl whose body she took over at age of seven after the 'real' Sheila died in a bus accident in 1955. Although she told nobody about the switch while a child, she wrote up her story in the 1960s and in 1991 finally published her autobiography From Venus I Came. Omnec shared all kinds of revelations, from her spiritual teachings to the fact that inventor Nikola Tesla was actually a Venusian. (There's a whole website dedicated to that theory HERE.)

The whole spiritual angle, and Omnec's connection with religious group Eckankar, may be fodder for incredulity but there seems no doubt that Omnec and those close to her truly believe in her otherworldly origins. 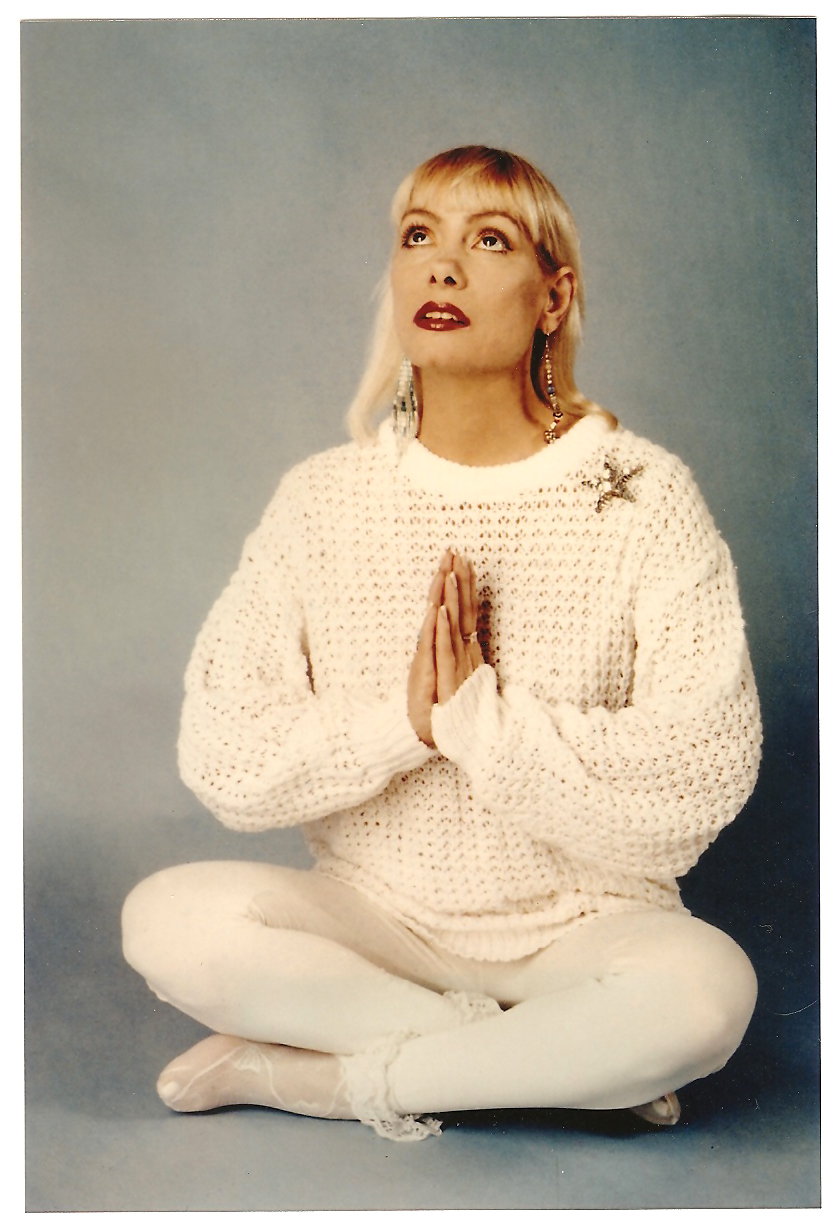 Dr. Frank E. Stranges, an evangelical minister and founder of NICUFO (National Investigations Committee on Unidentified Flying Objects), introduced the world to Thor in his 1967 book Stranger at the Pentagon. In 1959, so he claimed, Stranges met Val - an alien from Venus who was working as an advisor to Eisenhower at the Pentagon. Val came to Earth aboard the VICTOR ONE on March 6th 1957, alongside fellow Venusians: Jill, Taniya, and his brother Donn. They were on a three year mission to ensure Earth didn't obliterate itself through nuclear testing.

Stranges related various details about the aliens and their homeworld. They lived in subterranean communities on Venus, and had evolved far past the point of war and commerce - though not legible handwriting, if these documents from Raymond Keller are to be believed. Val had no fingerprints and told Stranges that humans were given them after their fall in the Garden of Eden, before going on to explain: "I know that Jesus is the Alpha and Omega of yours and everyone else’s faith. He today has assumed His rightful position as the ruler of the universe and is preparing a place and a time for all who are called by His Name to ascend far above the clouds to where His Power and Authority shall never again be disputed."

Former US government geologist and engineer Philip Schneider also had an encounter with Val, according to a lecture he gave in May 1995. Except his Val bore little resemblance to Stranges'. He had six fingers and toes, an IQ of 1200, one giant lung, copper oxide blood like an octopus, and had been working with the US government since 1937. He was also very blond - Schneider presented a photograph of this Val, sitting near Scheider's father, Oscar, during the Final Briefing on the USS Eldridge in 1943. Scheider might have gone on to say more about Val, but was found dead in January 1996 (supposedly suicide, though his wife claimed murder).

The evidence Stranges presented primarily consisted of various photographs of Val and his crewmates, taken by August C. Roberts during a Flying Saucer Club meeting (13/07/1958) at High Bridge - the New Jersey farm belonging to Howard Menger. In the colourised picture below we see Jill, Donn, and Val: 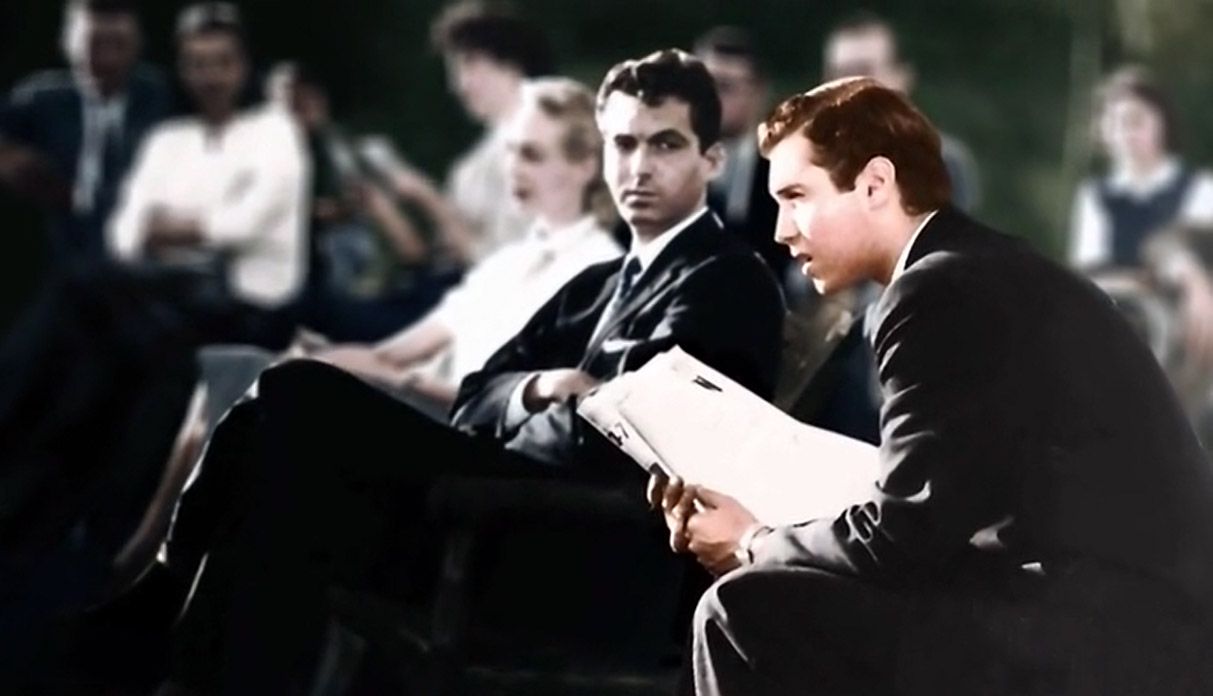 In August 1954 there was a UFO conference on Mount Palomar - Adamski's stomping ground - where the man himself presented a painting of Orthon and told over 1,000 attendees that Venusians were already living among us. When the talks wound down it didn't take long for a rumour to spread that three exotic looking attendees were actually visitors from outer space.

Someone, history doesn't seem to have recorded who, asked them:

"Are you or are you not Venusians?"
"No." (The woman said with a calm smile. So says the internet.)
"Why are you here?
"Because we are interested in this subject."
"Do you believe in flying saucers?"
"Yes."
"Is it true that, as Mr. Adamski says, that they come from Venus?"
"Yes. They are from Venus." 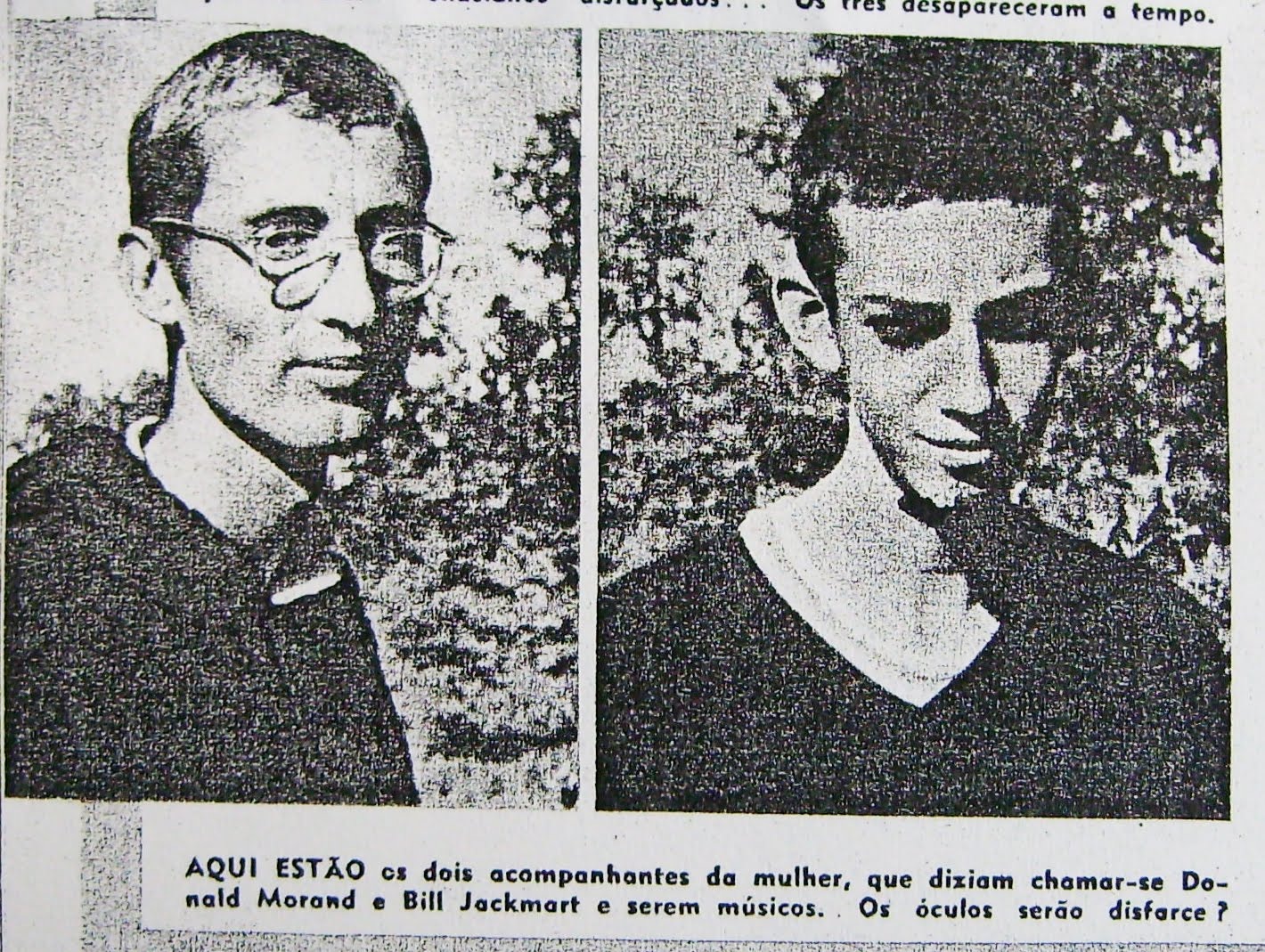 Brazilian journalist João Martins, writing for O Cruzeiro magazine, took the opportunity to interview them, learning that the woman was a dress designer named Dolores Barrios and her two male companions were musicians named Donald Morand and Bill Jackmart. All three of them lived in Manhattan Beach, California, and although they declined to have their photographs taken, they went on to attend the second day of the conference and ended up giving in and posing before it was over. 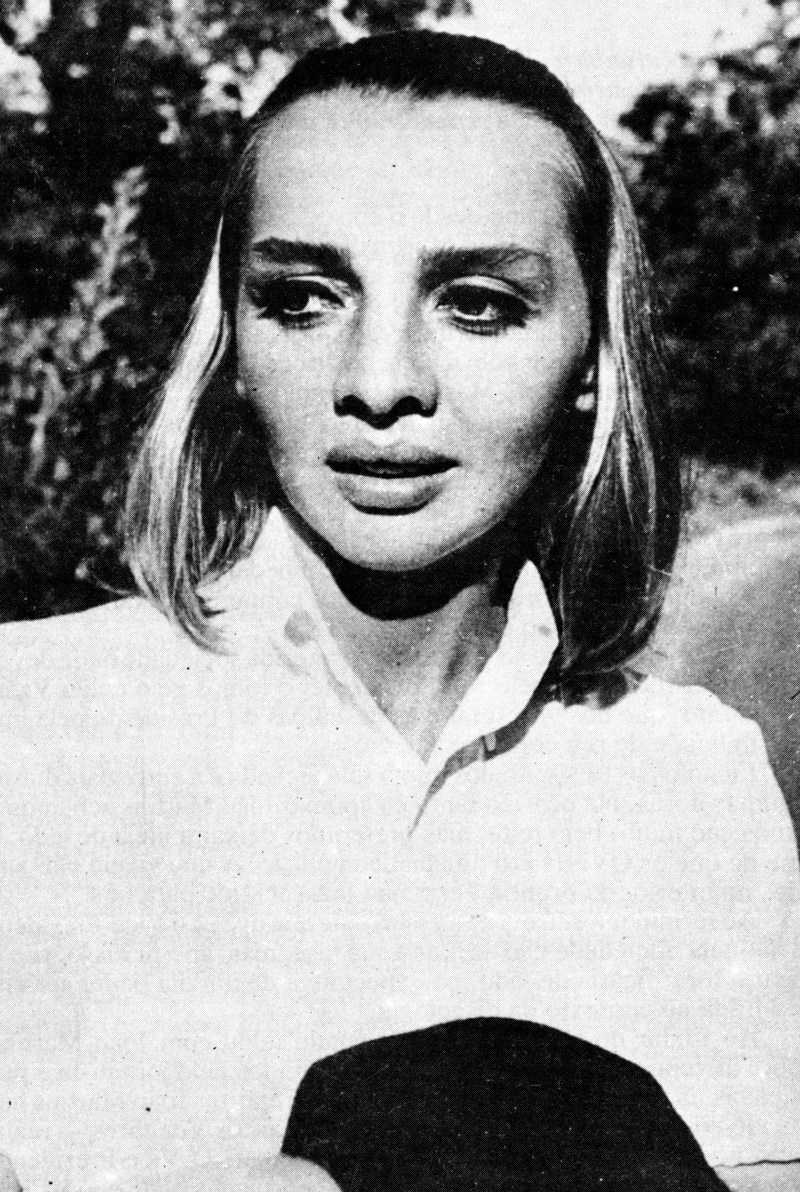 What I find most interesting about these cases is that most of these alleged aliens have never been identified - some of them don't even have any contenders. Compare this to, say, Billy Meier's photographs of the aliens Asket and Nera. (Or, you know, Dean Martin Variety Show dancers Michelle DellaFave and Susan Lund.) It is harder to find regular Joes as opposed to performers on national television, sure, but some of the distinctive looking individuals listed here would likely still have turned heads and attracted attention...