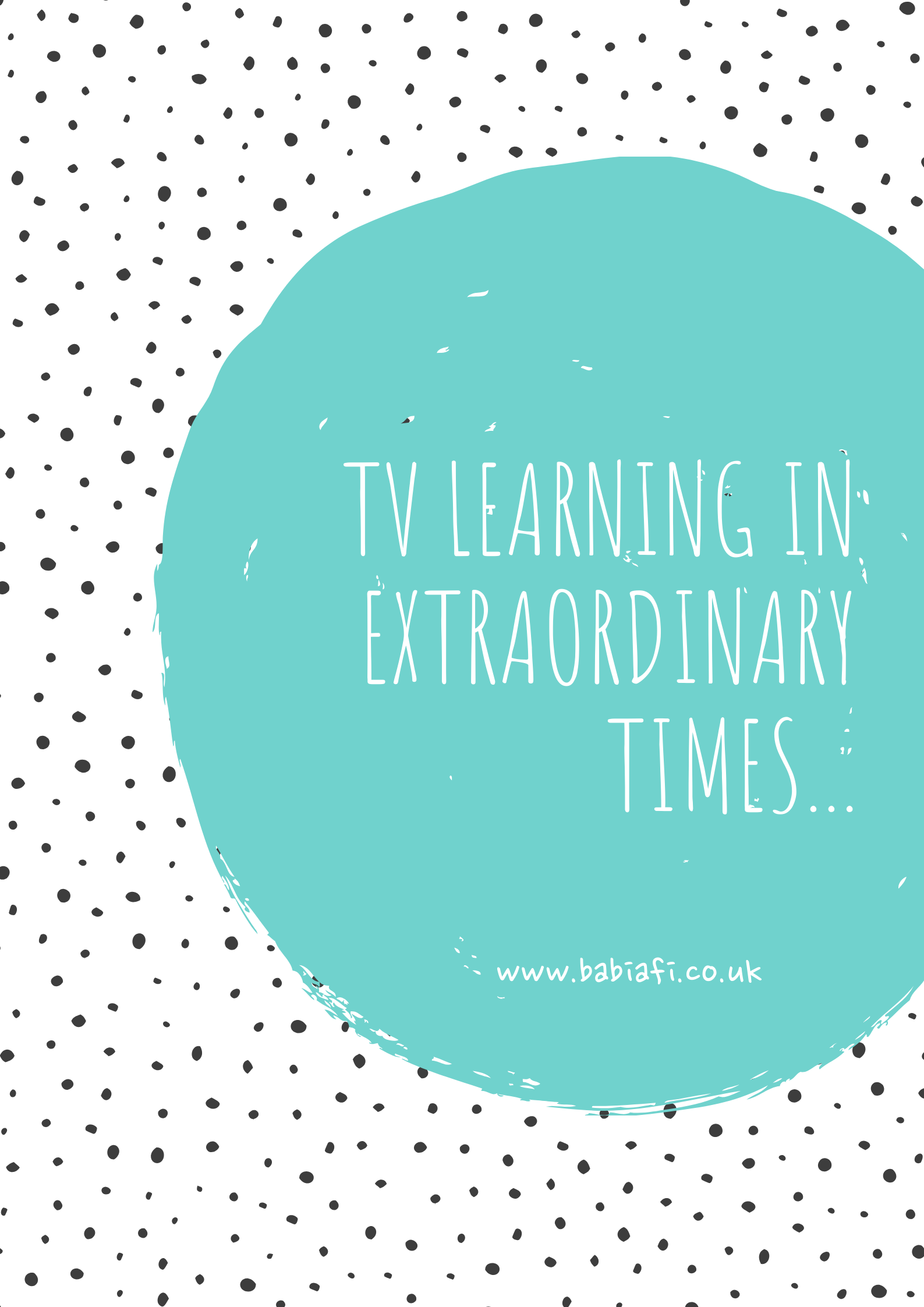 I just read some really interesting education news from the Sultanate of Oman, namely the plan to televise live lessons for Class 12 students on Oman Mubashar TV channel. According to the press release, 'the programme provides lessons in accordance with the curriculum throughout the period of suspension from 9 am to 1 pm in all days of the week, except Friday and Saturday.'

The reality of education in the UK is different, of course, with devolved powers and widely varying curricula across the country. The basic idea is something we could definitely be looking into though.

Education on the telly has a long pedigree. Programming for schools began way back in 1957, and whole generations of British schoolkids will understand the excitement of the TV on wheels and 20 minutes of Look and Read or Words and Pictures' magic pencil telling you to point your finger at the screen to go up and down and around and flick. (Always with the flick!)

I joke but it's not just pre-school and early years material. Between them, ITV, C4, S4C and the BBC alone have literally thousands of hours of schools programming in their archives - without even factoring in all the Open University broadcasts produced from 1971 onwards. Add in hundreds of award winning documentary series, plus mountains of 'edutainment' past and present, and you start to get an idea of the scale of the resource TV could be offering over the next few months.

School closures are increasingly looking like a matter of when not if, while self-isolation and social distancing mean there is a huge captive audience who want meaningful distractions from worrying about the effects of the global coronavirus pandemic 24/7. (I mean, don't get me wrong, I can and will gorge myself on crime drama instead of going out and about of an evening. It would still be nice to switch it up occasionally!) Coming out of this with a new skill or simply a better understanding of the world around us has to be something to strive for. 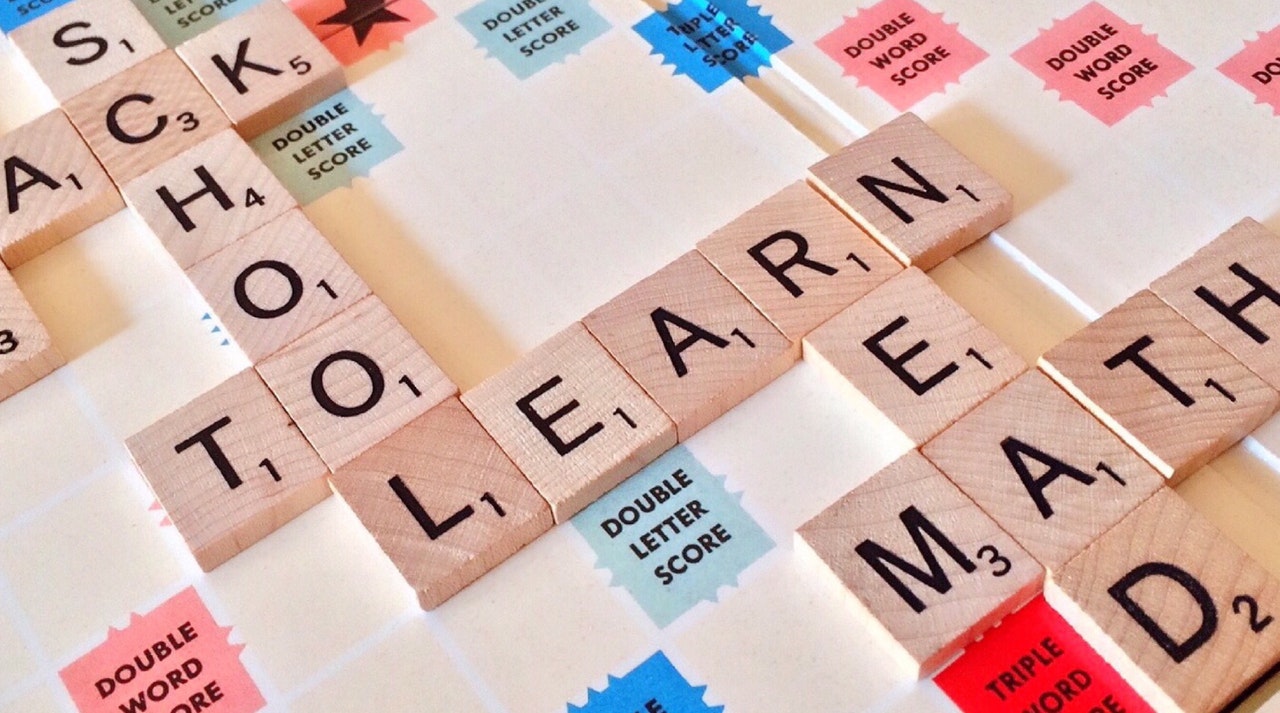 My suggestion, then, is we commandeer a freeview channel for educational programming and / or start making it available via iPlayer, All 4, ITV Hub, etc. It is not meant to be a substitute for online teaching and the education packs being prepared by schools, but rather an additional resource for everyone. If we could get brand new, maybe even live content then so much the better, but at the very least we should be making best use of these huge archives of existing material.

Even the regular channels are going to need filler as sporting events are cancelled and production of all kinds of shows suspended. Films and plays of set texts, STEM content, history, languages - it's all there for the taking.

Twinkl, the primary lesson plans resource, have offered a free month with code CVDTWINKLHELPS, and I'm sure other companies are doing likewise. (Is there a central hub of such resources?) Either way, it would be great to see something available to all provided by institutions which have the public interest as part of their remit.

How do we make it happen? I don't know, but I'm off to tweet as many education and television peeps as I can as a starting point to making this a reality...

With self-isolation and social distancing keeping us indoors over the coming months, can TV broaden all our horizons? Pls RT. https://t.co/SfIgZBWeWr pic.twitter.com/CuQNZMKTrP
— Jessica Powell (@jess__powell) March 17, 2020


ETA. So, here I am in January 2021, older and - hopefully! - wiser. I've had a breakdown, had coronavirus, and spent months trying to juggle important online meetings with educating a five year old. I got exactly zero responses to this initiative, in spite of spamming just about every politician with media / education responsibility and every email I could find for TV network types.
I still think it could be useful though, especially as we're in the midst of yet another lockdown.
What really hit home first time around was digital exclusion. For long stretches of last year we only had the TV and one device to share because of cash flow issues. TV programming vs. bitesize quizzes would have made a big difference. YouTube was good but the advantage of TV would have been knowing it met UK curriculum needs and cultural norms.
1. For pre-school and younger children. Kids this age cannot learn independently. It's not like you can sit them down with a book and get on with something. Maybe you'll get a few minutes peace while they colour something in, but then again maybe not. Obviously this isn't a problem that TV can really resolve. But. I would so much rather an interactive kids' show a la Rainbow / Sesame Street / whatever than yet another rewatch of something vaguely age appropriate just to get a bit of quiet for work.
2. Supplementary learning for older children. I've no direct experience of being home with older children, but I maintain that the simply massive archive of programming must have something beneficial in it. Also scope for live lessons about items encountered across curricula.
3. Adult education. Unemployment, furlough, boredom - it's even worse than I imagined it would be. Getting a new qualification is a boost for anyone. I see no reason why e-learning modules required in multiple sectors - basic safe guarding, food hygiene, etc - could not be taught via TV and the end exam completed online. Upskilling en masse. Of course there's also huge scope for more complex learning via the same methods.
4. Sense of community. In the covering email I sent out initially this was one of the major things I highlighted. People feel lonely and disconnected in lockdown, but the TV schedule can be unifying. Whether we're all being encouraged to study a new course, or all being treated to a re-run of a 70s OU programme with live tweet commentary, it's something that could make us feel like we're connected to our fellow lockees. We could all be posting pics of our attempts at whatever craft is being demonstrated, or discussing the merits of the theory being taught.
If reality TV shows could continue and provide some of this, surely something more overtly educational could have been broadcast too...