Friday Five: The Shroud of Turin

This week I've been mostly reading about the Shroud of Turin. There was a documentary about it on Blaze which made me realise that though I'd heard of it, I didn't really know anything about it. So here we are a pile of books later with five important points to remember... 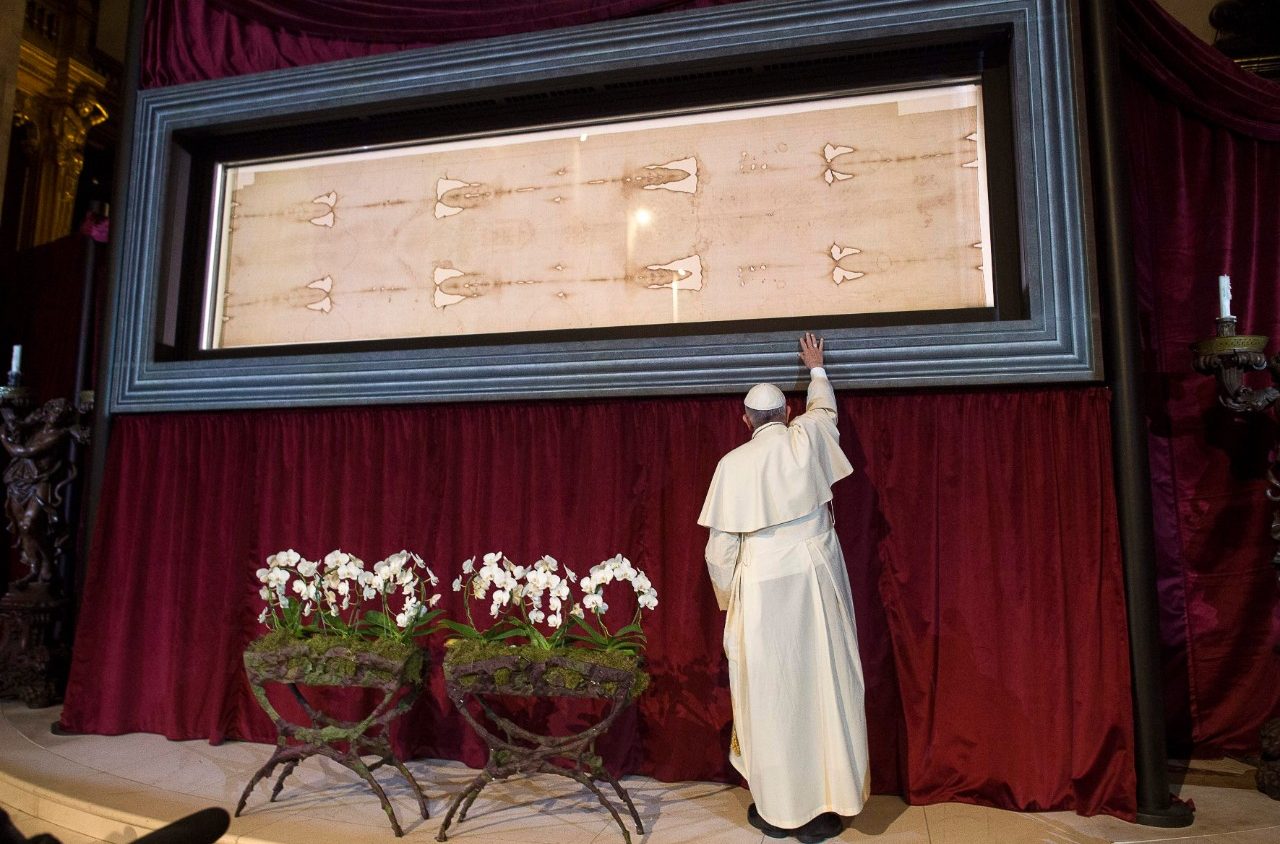 #5. What is it?
The Shroud of Turin is, well, a shroud that is kept at Turin Cathedral. It is a rectangle of fine three-to-one herringbone weave linen, measuring 4.4 by 1.1 metres - aka 8 by 2 Assyrian cubits, the measurements that would have been used in first century marketplaces. The same kind of marketplaces Joseph of Arimathea presumably bought his shroud from.
When it was evening, there came a rich man from Arimathea, named Joseph, who also was a disciple of Jesus. He went to Pilate and asked for the body of Jesus. Then Pilate ordered it to be given to him. And Joseph took the body and wrapped it in a clean linen shroud and laid it in his own new tomb, which he had cut in the rock. And he rolled a great stone to the entrance of the tomb and went away.
Matthew 27:57-60
Because the more notable thing about this shroud is that it is stained with blood and the mysteriously imprinted image of a crucified man. Perhaps, even, a very famous crucified man... 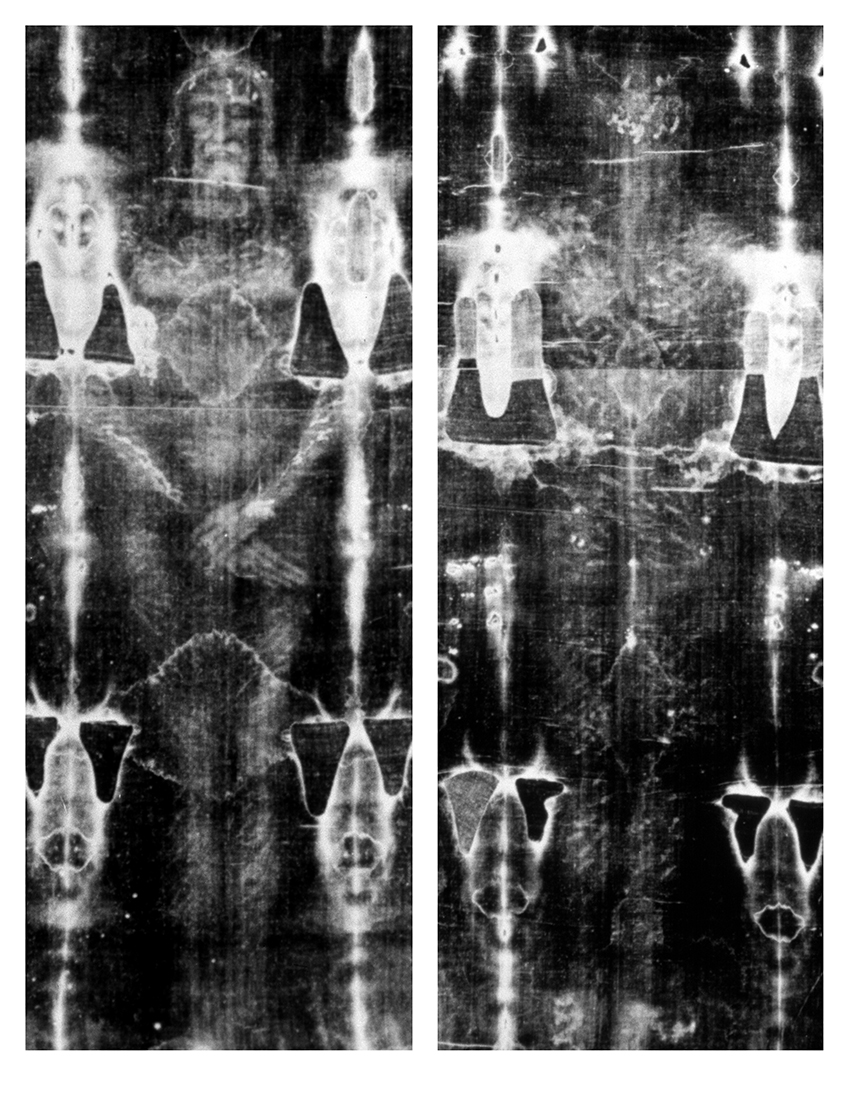 Holy relics, while maybe not ten a penny, were certainly, er, well represented in the medieval church. As John Calvin once commented, if all the church's relics were brought together "it would be made manifest that every Apostle has more than four bodies, and every Saint two or three." Pope Clement VII himself seems to have decreed in 1390 that this shroud was not to be venerated as a relic, but could be presented as a representation of the actual holy shroud. It continued to have its supporters, even so, and Turin Cathedral held public exhibitions of it to mark notable occasions from the 16th century onwards.
What really changed the status of the Shroud of Turin was the 400th anniversary of Turin Cathedral in 1898. King Umberto I of Italy agreed to a public exhibition of the Shroud, and to Secondo Pia taking a few photographs to help publicise it. When Pia went to develop the plates he is said to have almost dropped them in shock - the negative plate revealed the full face of a man which had been all but hidden to the naked eye.
Sindonology, the scientific study of the Shroud of Turin, was born. 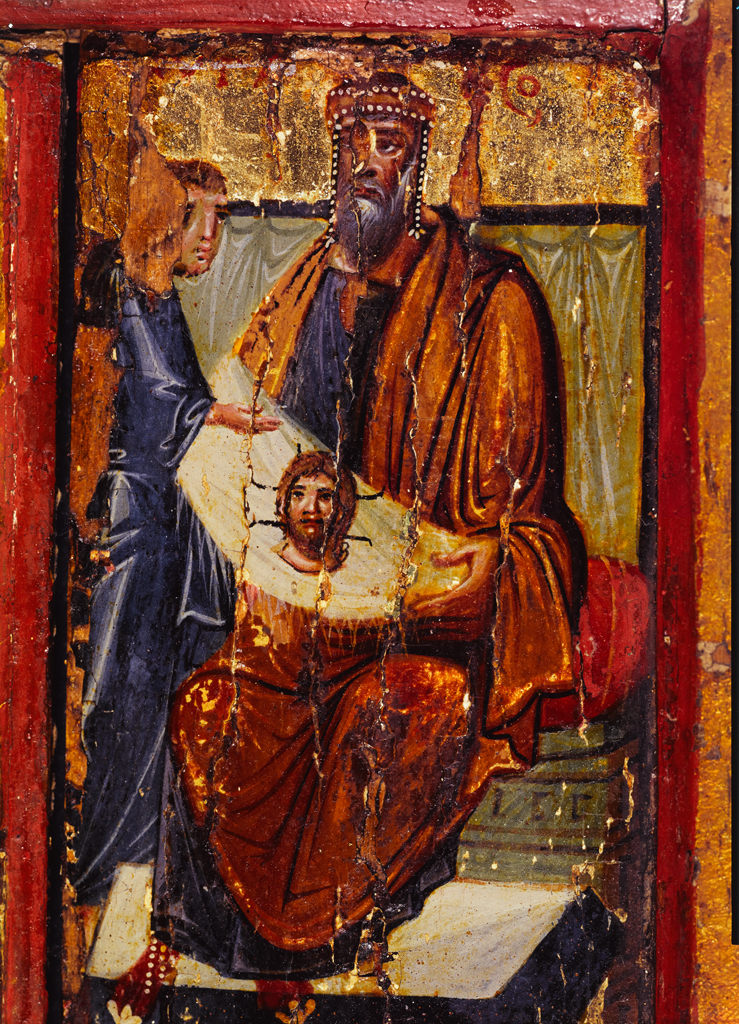 #3. Medieval or Not?
The history of the shroud can only be traced with any kind of certainty to 1354 when French knight Geoffroi de Charny put it on display at a Lirey church, perhaps to offer the populace hope during an outbreak of plague. From there it was entrusted to the custodianship of Humbert, Count de La Roche, whose widow - ignoring the pleas of the canons at Lirey - sold it to the Duchess of Savoy in exchange for a castle.
The Savoys took it to various European cities before placing it in Turin Cathedral in 1578. They eventually gifted the shroud to the Holy See in 1983.
But. There is a school of thought that links the Shroud with the Image of Edessa - aka 'Mandylion' - which disappeared from Constantinople during a sacking by European crusaders in 1204. The legends of the Image claim it was originally sent to King Abgar of Edessa, via one of the disciples, after he wrote to Jesus asking for a cure. Of course, the Image is just a portrait of Jesus, while the shroud depicts the entire body.
Even that doesn't necessarily discredit the claim. The shroud was clearly kept folded for long periods of time - the triangular marks were made by melted silver burning through the folds in a 1532 church fire - and it is contended that the Image of Edessa was simply the shroud folded over so as to only show the face.

The shroud has been subject to various bouts of scientific analysis over the years, perhaps most famously the radiocarbon dating of the linen in 1989. A swatch was taken from one corner of the shroud, from which the University of Oxford, the University of Arizona, and the Swiss Federal Institute of Technology concluded with 95% confidence that the material was made in the thirteenth or fourteenth century.
Believers argue, however, that the swatch taken was not representative of the entire shroud. The most convincing arguments contends that the area in question was subject to medieval 'reweaving', perhaps unraveling the cloth and splicing in dyed cotton threads for an almost invisible patch, either to restore damage or to allow people to take souvenirs from the cloth without it being obvious. Other contaminants that could have thrown off the radiocarbon date include smoke, carbon monoxide, bacteria, or the unknown energy source which potentially created the image.
The best way to clear up the controversy would be to send swatches from various parts of the shroud for radiocarbon testing. The downsides to such a move are, well, cutting bits out of an irreplaceable relic. I guess as science advances further testing will one day become a possibility. 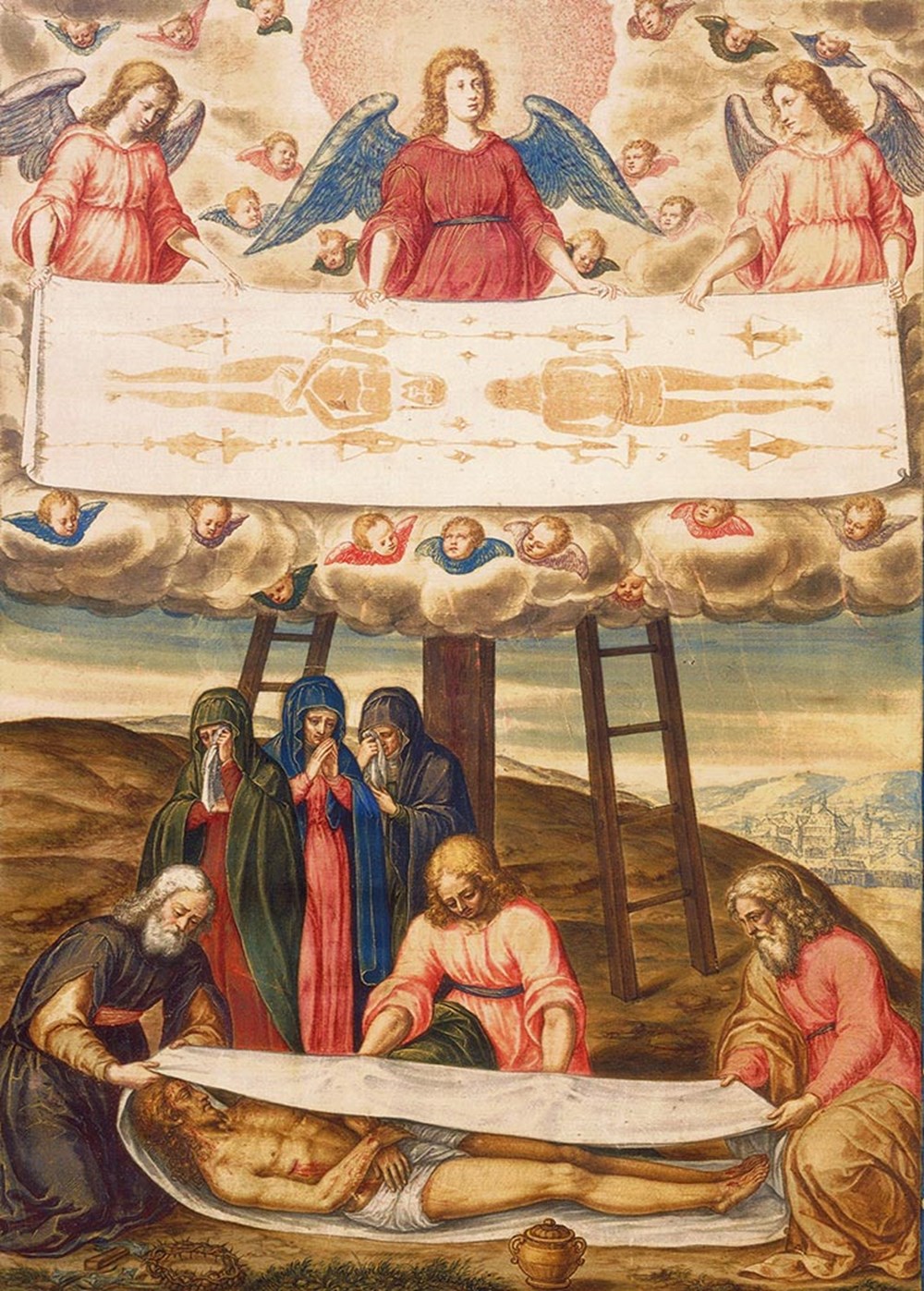 The Holy Shroud - Giovanni Battista della Rovere
#1. How Was The Image Made?
This is the real question and why the shroud remains such an enduring mystery. Because whether it's a genuine impression of Jesus or a medieval forgery, we still don't know how the image got onto the cloth. Science has concluded that it's not paint or dust-transfer or bas-relief or acid pigmentation. It was possibly created by a high intensity energy source or radiation - so high intensity we have so far been unable to recreate it on a full size replica.
The theory that has most intrigued me is by microbiologist Dr. Stephen Mattingly. His 2015 book, How Skin Bacteria Created the Image on the Shroud of Turin (available on Kindle Unlimited), explains how the crucifixion process could have created the perfect conditions for Staphylococcus epidermidis to create a biofilm on the skin which then transferred to the shroud. Mattingly used his own hand and face to demonstrate how it works, and the results are certainly intriguing.
Conclusive? No. But then it would no longer be a mystery, would it...

What do you think? Let me know in the comments! :)