Anthony on the Beeb 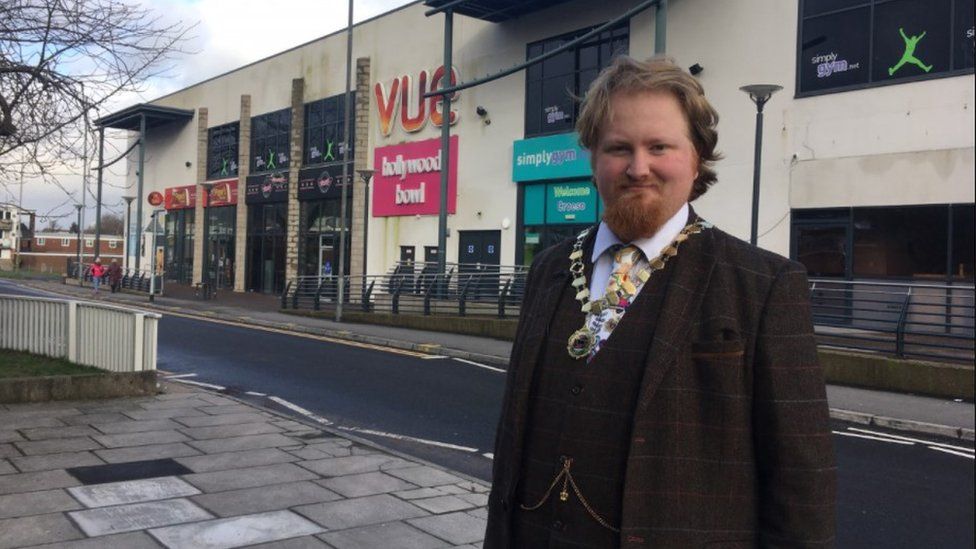 Anthony was asked to comment on a rather comical lockdown breach on behalf of the Community Council earlier. Police raided Euphoria Tanning Hair and Beauty in town which resulted in people at various stages of treatments fleeing... preserved for posterity on CCTV. (Seriously, of all the things to break a lockdown for. Beyond maybe eyebrow threading what is anyone else going to be able to see the benefit of? Lol.)
Anyway, they had a BBC reporter out this morning by Cwmbran Leisure who asked him to say a few words. I think it was on the telly news this evening but, as regular readers will know, I cancelled our TV licence so was unable to capture his lockdown 'do in motion.
I've had to make do with a pic from the Beeb's newsfeed:

'I think it is a very unfair reflection on the town' - CCTV captures people fleeing from salon during raidhttps://t.co/lth1usziSi


The text of the online article read:

Lockdown breaches at a beauty salon are a "slap in the face" for local people, a community council chairman said.
CCTV footage showed people fleeing during a raid, while police found evidence of tanning beds in recent use and beauty treatments taking place. The owner of Euphoria Tanning Hair and Beauty in Cwmbran, Torfaen, was hit with a £1,000 fine by Gwent Police for breaking Covid regulations.
Community council chairman Anthony Bird said residents were "outraged".
BBC Wales has approached the salon owner for a comment.
Gwent Police officers went to the premises on 16 January and saw customers entering through the front of the building. CCTV footage showed eight people running out of the fire exit.
"I felt that it was quite a low blow for the town. You've got so many volunteers running around, doing amazing things. We've got communities pulling together," Mr Bird said. "There are so many events that have been cancelled, businesses that are at risk of going under. And then to find that someone's not playing by the rules, they're carrying on regardless of people's health..."
He said residents were "quite rightly outraged" by the rule breaking, adding: "It wasn't even as if they were trying to hide it and something so blatant is a real slap in the face to the people that have been making proper sacrifices for it. I think it is a very unfair reflection on the town."
Gwent Police Insp Aled George said: "Businesses who flout the regulations are behaving irresponsibly and putting the lives of their customers, staff and the wider community at risk."