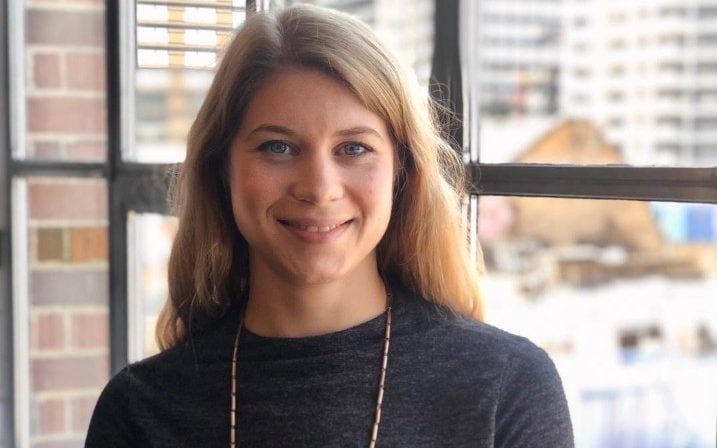 The murder of a woman I never met has really hit me hard over the last few days because her fate is what so many of us fear.
It's why we don't walk alone after dark, and it's why our stomachs churn as we wait for public transport. Why we have to text someone who lives three streets away to reassure them we survived the journey home, and why we can't take something as basic as our right to be for granted.
It's a man approaching us on the street - and us not living to tell the tale.
I can't remember a time before I was constantly aware of 'stranger danger'. For my brother it was a fear confined to childhood, to be shrugged off as he grew up and out and moved on. For me it was just the beginning of learning who to avoid and how to defuse.
Don't make eye contact, don't dress provocatively, don't get drunk, don't initiate conversation, don't ignore them, don't lead them on, don't look vulnerable, don't look threatening, don't, don't, don't, don't.
I'm 32 now, just a few months shy of Sarah Everard, but my parents still tell me I'm 'silly' for walking alone after 6pm in the winter.
In turn I tell them I'm an adult. A grown woman who can go where she likes, when she likes.
The truth is that every time I do I'm afraid they'll be proved right.
I fiddle with my phone and carry my keys. I think about how fast I could run and where I could hide. Whose door I could knock on and how loud I could scream.
I think about how it would be written up in the newspaper, and whether or not readers would blame me, for doing something a huge chunk of the population never even think to worry about.
When I was younger I was often out alone after dark for work, waiting for a bus or a train back home. I'd rationalise that it was all in my head, that I was overreacting, but I'd still mill about by the doorway of the wrong bus, just in case somebody tried to approach me. I don't have the words to express my thanks to all the drivers and conductors who went out of their way to check I was okay, and to intervene when random drunk blokes didn't want to take polite aloofness for an answer. 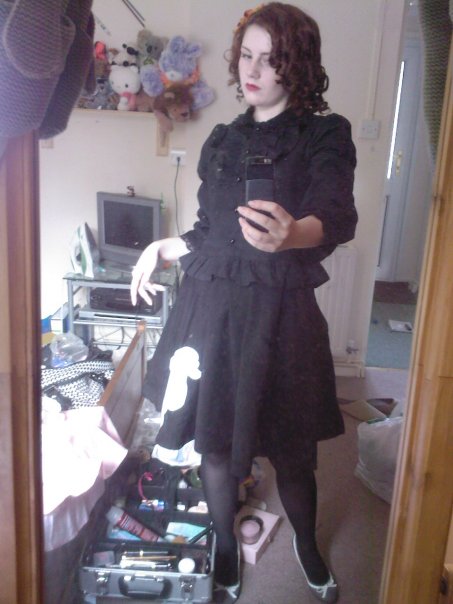 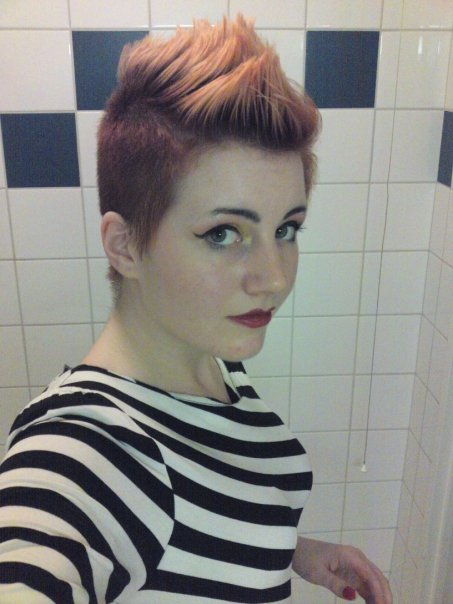 Me at uni - I loved fashion and trying new looks, but I also justified men's behaviour by telling myself that if I looked more 'normal' they wouldn't have harassed me.
At university I'd lie to people about having the money for a taxi, or a closer destination, or a friend waiting just around the corner, so I could fulfil my dream of being independent. For my trouble I was groped and catcalled and intimidated - a drunk man once ran up and tried to pull my skirt down as I was walking to my shift on the student nightline - but thankfully I made it through without being raped or violently assaulted.
Not all of my contemporaries were so lucky.
I remember walking home from a meeting one night a couple of years back, keeping to the middle of the empty pavement underneath the streetlights. A man kept looking at me as he approached and I felt literally sick with fear. I had no battery left on my phone. There wasn't a front door I could pretend to be about to walk through.
When the man spoke I near jumped out of my skin.
It was someone I knew from work. (I confess I would probably have realised sooner had I been wearing my glasses!) They were being friendly by saying hello to me. But I was so frightened in that moment that the next time I got a lift home from that meeting.
Just in case.
Just to be on the safe side.
And it's #notallmen. We get that. But it's still too damn many of them.
As a society we make excuses and allow it to continue. We blame the victims for their 'risky behaviour', perhaps not as overtly as we once did, but the justifications that we wouldn't have taken that shortcut, or accepted that drink, or worn that outfit continue regardless.
When I was a teenager I used to carry a condom in my purse. Not because I thought I might pull, but because I figured if the worst came to worst I would rather my rapist wear protection than have to die of AIDS in the aftermath. My nan gave me advice on how best to incapacitate a man should I need it - by grabbing hold and squeezing, and I quote, until they pop! - and a magazine article said if I kept my nails long I could claw at the skin of my attacker, and that way at least forensic science would be able to find out who they were after I'd been murdered.
I accepted that these measures were necessary. That it was my responsibility to keep myself safe.
Now I'm a mother I have a responsibility to keep my daughter safe and, frankly, I'm not content to tell her she needs to be on constant alert lest a man feel like attacking her.
It's not her simply being that's the problem, it's the men who think they have the right to take that from her. 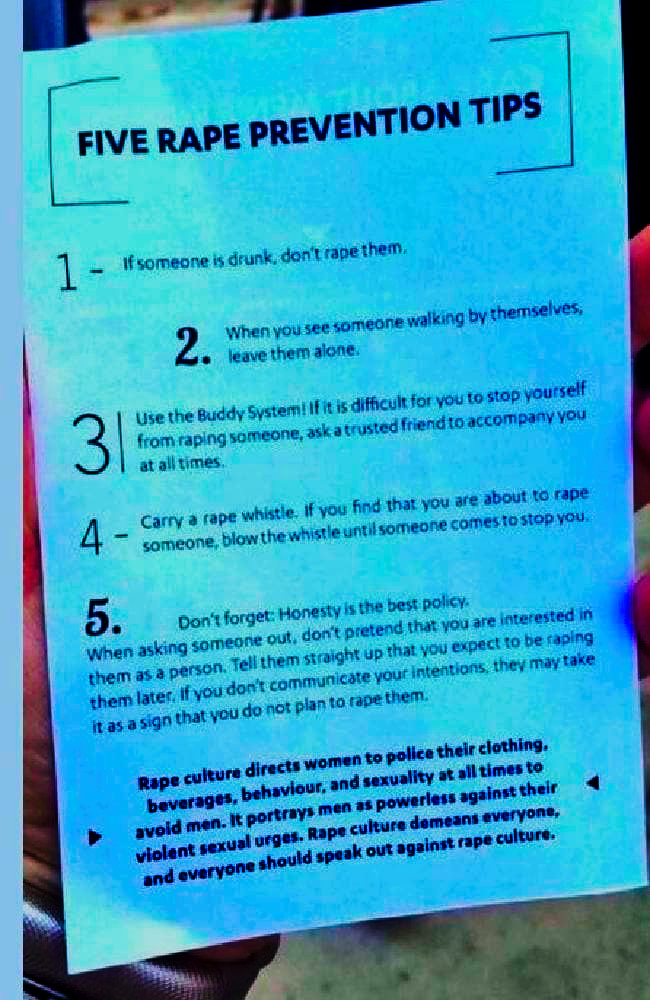