The Monmouthshire Merlin of 9th January 1864 reported that Mary Jones, an elderly lady who lived locally with her son, had been found drowned in the canal on Thursday 31st December 1863. She had left her son's house about 18:00 hours and was ultimately pulled from the canal by two lockmen, William Edwards and Charles Edwards, at 22:00.

An inquest was held at the Pontnewydd Inn on Saturday 2nd January 1864, the jury returning an open verdict in the absence of any evidence. It was deemed most probable that Mary had accidentally slipped into the water. 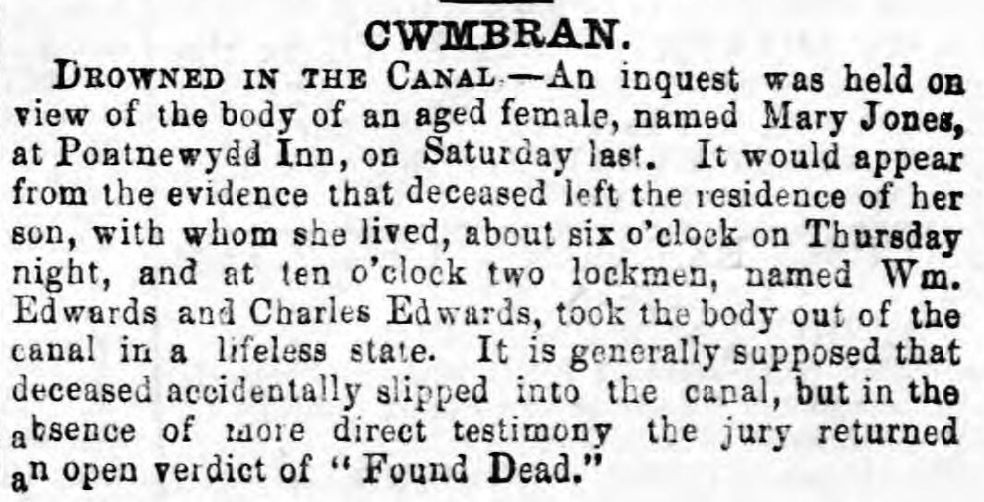 The Illustrated Usk Observer and Raglan Herald of 16th January 1864 also covered the story, though failed to add any further detail:

Without more information I've been unable to pin down the correct Mary Jones in the records - it has to be one of the most common names in Victorian South Wales!